On Monday, we went to dinner at Sandy & Pete's, for Sandy's birthday.  During dinner, we discussed several YouTube video's that we felt required a post meal viewing.  One video in particular was of a guy that went to the same school as Zach - though over the years, the story has changed to, "Zach's best friend and roommate from school...". 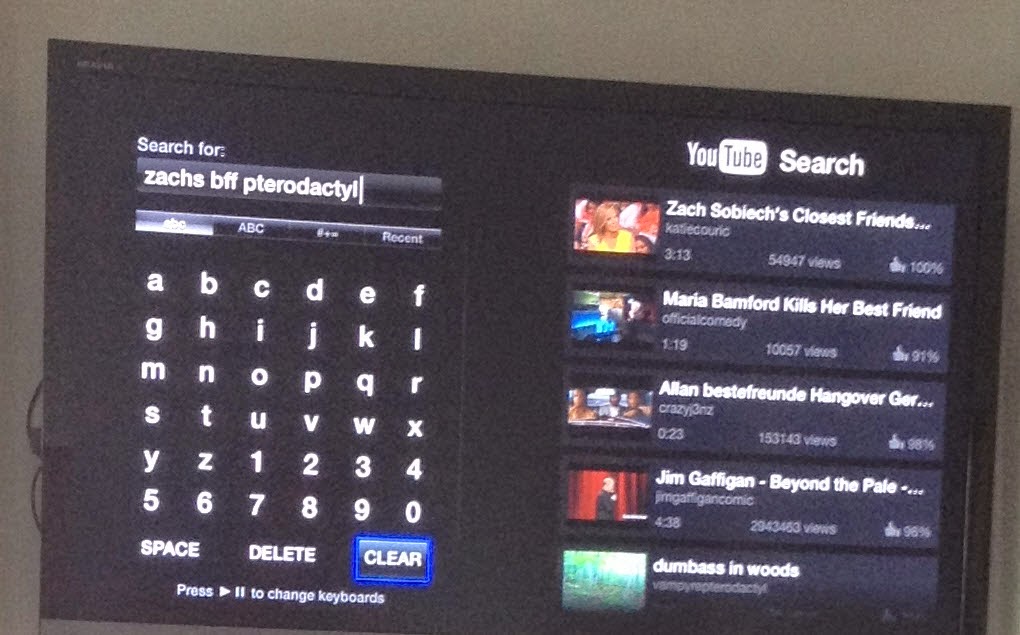 Sandy: See, we should have more than two ottomans, Tiffany has nowhere to put her feet up.
Jordan: You can't have too many of these, they start to form an empire.

Sandy has a toy poodle that Percy is a big fan of.  We were chatting about things that you are willing to do for your kids, and even your pets, that you never thought you would do.  Sandy then told us that she brings gloves with her to the park that she can put on before she picks up her dog to put him back in the car.  And I thought I was bad because I like to put a towel down on the seats of my car after the park (or at least I used to until I totally and completely gave up all hope of keeping Stella clean.)

I had to run home to get a package on Tuesday, and when I arrived, Dawne pointed out that Percy had brought a friend home.  Apparently, Paco, who has been working on the house, brings his Chihuahua every day.  He leaves the door open to his truck, and Sparky is free to go as he pleases, though often just chills in the truck.  Percy has decided to use Sparky's freedom to his advantage.  Percy goes up, barks to invite Sparky over, and then brings him inside to play.  The run around for a couple of hours until Sparky decides he's done having a play date and asks Dawne to let him outside.  Just another day...

Kelly and I went to the dog park every evening after work, but I think on Wednesday we met the fam afterwards for MOD Pizza.  Lucas explained to Kelly that he was saving up to get a new amp.  It's called the decolonizer because it's so loud.  I can't wait to hear what his college roommate thinks of the decolonizer!

Lucas: You know the headdress that was worn by the guy in the Village People was never worn by native american's so basically isn't a generalization that is insulting all of the native American cultures.
Kelly: Really?
Lucas: No, wait, I see something similar was worn by one of the tribes called a "War Bonnet."
Kelly: Now there's an oxymoron.

Eva: I think my son just gave me the finger.
Me: Your dad probably taught him that. Did you take his cookie or something?  Why are you such a mean mommy?
Eva: Just took too many pictures.
Me: As slowly as your dad? b/c I could see it then.
Eva: Yes! 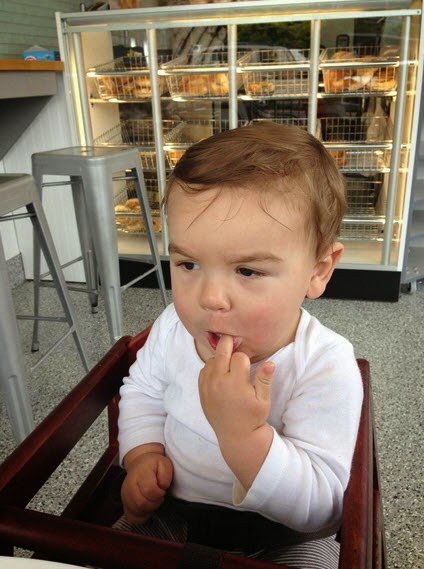 Erika gave me "The Girls Guide to Hunting and Fishing."  And, I finished it, which made me really happy, because it was terrible.  Sorry, Erika.  Do you want it back? :) 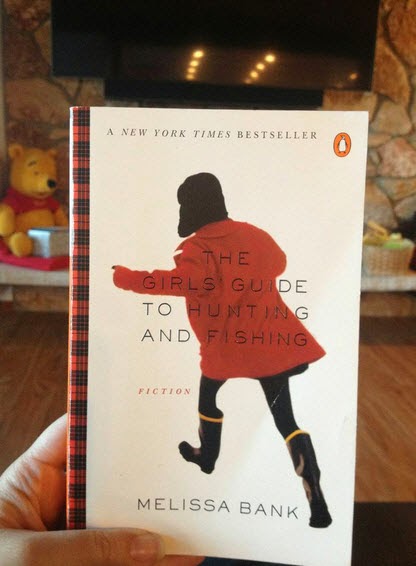 Kelly was thinking about going to Mexico City for the 4th of July, but then her co-workers started telling her how dangerous it was and that she was going to be kidnapped.  She spoke to one of my co-workers who is from Mexico City, and he told her as long as she was safe and stayed in the safe neighborhoods.

Me: So, Angel, you talking to Kelly about Mexico City?
Angel: Yup!
Me: I heard you told Kelly to dress scandalously and be free.
Angel: I did NOT say that!

Later at lunch, we ran into Gabo, who is also from Mexico.
Kelly: I'm going to Mexico City!
Gabo: Awesome! Tiffany and I will start pooling our money now (for ransom).  Maybe we can do a kickstarter.

I also ordered some coffee, and received a bowl of latte.  And it was delicious. 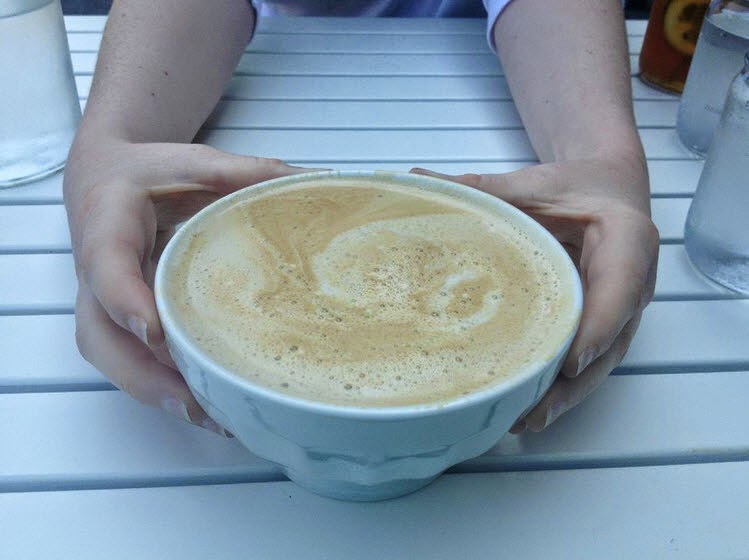 After the dog park on Saturday, I had a double header party schedule.  Got to celebrate Jack's 2nd birthday with some of my favorite co-workers.  There was also a guest who offered to let the kids color in his sleeve tattoo.  And then I headed over to Ballard to celebrate Dr. Rach and Dr. Anders' birthday's!  Gin's kids started to play settlers of catan, and then told me that my laughing was distracting.  I tried to control myself.  Before I knew it, the two small children were killin' it at settlers.

Me: Dawne, don't you know who made this game?
Dawne: Yeah. I should send a picture of this to Pete and tell him that he's really missing this demographic.
4 year old: Rach, put all the island cards together, k. 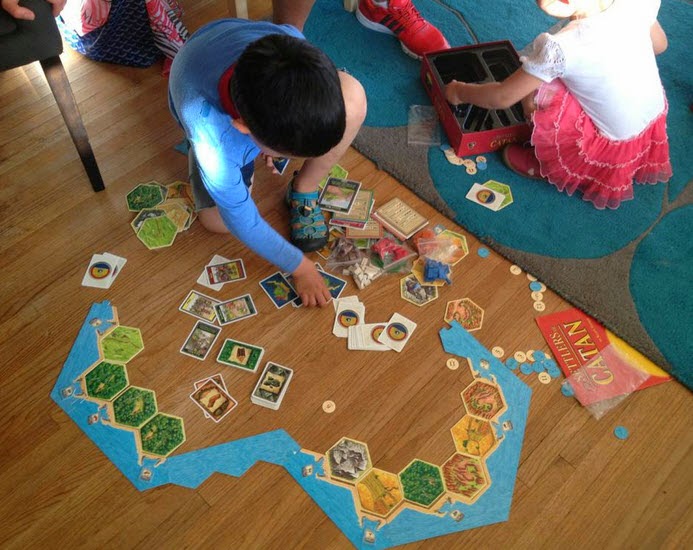 Sunday morning, we chatting with Kathi via Skype.
Dawne: You're looking really great!
Jordan: Yeah, you aren't your natural vampiric self.
Lucas: You don't look like soap! 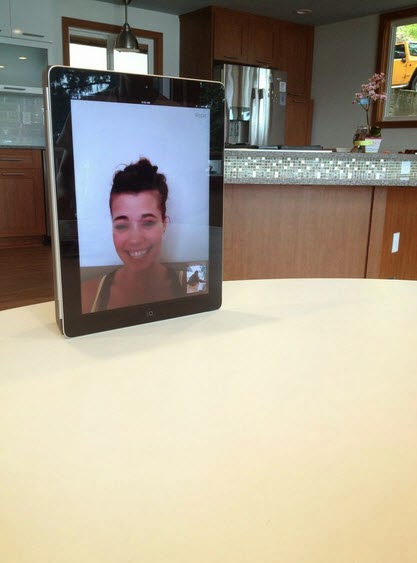 Then, I went to the park with Kelly.  After that, Lucas, Kelly, Ryan and I all went to the Detroit Tigers/Mariners game.  On our way, I noticed that there was a walk way that had rounded sides.

Me: Look! That walk way looks like parenthesis.  I wonder why.
Lucas: It creates a sense of intimacy with the reader. 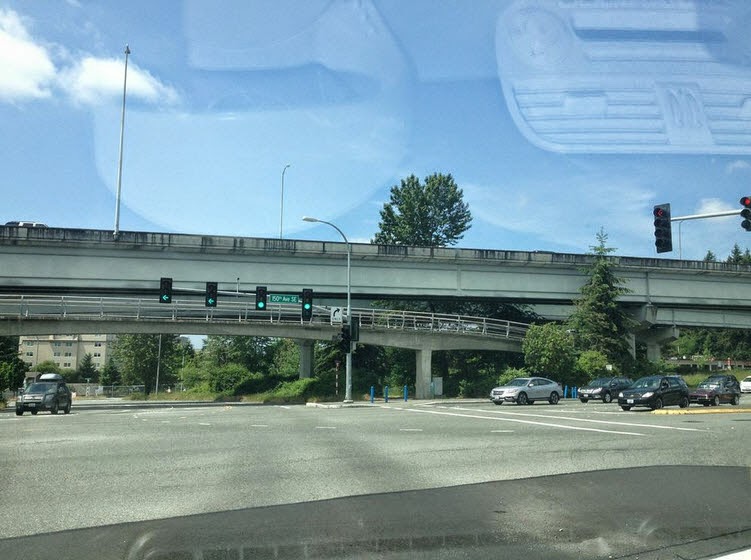 Lucas was head to toe in Mariner's gear.
Lucas: The holes in my six match my socks! 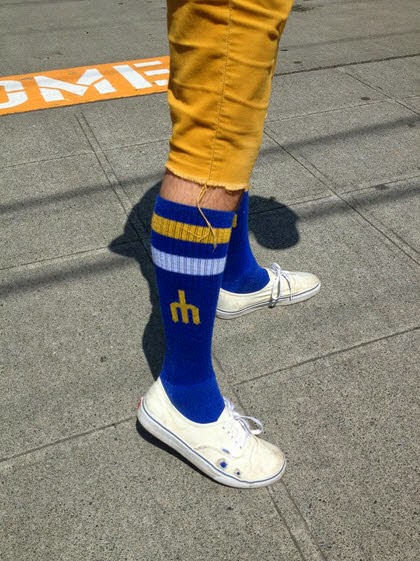 I had warn Lucas that we were going to the game with a hard core Detroit fan.  Which is why, when Lucas tried to talk smack, and Ryan said, "oh I don't really care who wins" I was surprised.
Me: Ryan, you're pretty laid back for someone who has the Detroit Tiger's logo tattooed on your leg.
Ryan: yeah, that was a mistake. I just liked the font of the D, it was supposed to be for my last name. 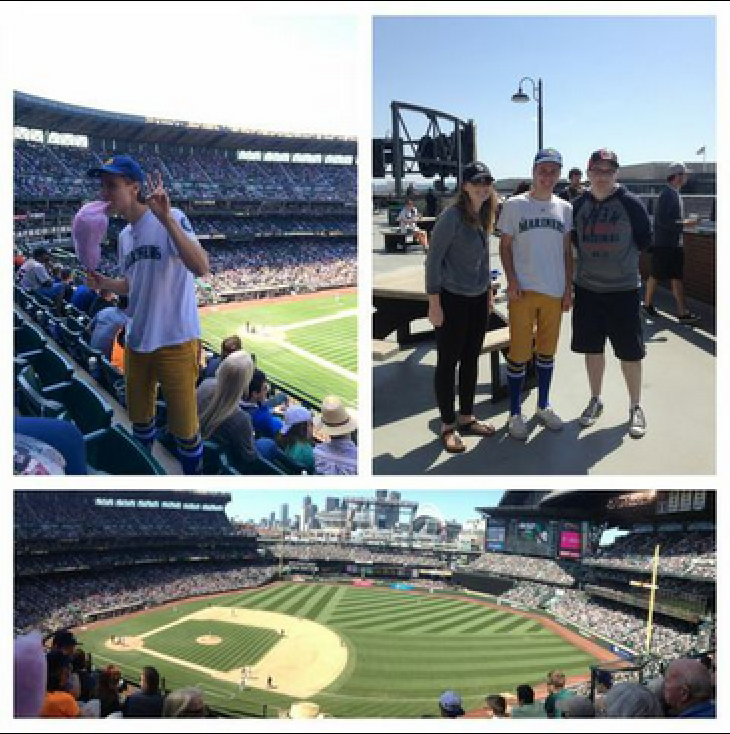 Posted by skcorynaffit at 7:48 PM