Tuesday was the 15th anniversary of Halo & Xbox - very exciting!  To celebrate, we had events going on all day, but also we did the Mannequin Challenge:
https://youtu.be/A2wpNuKCQ14

Plus someone gave me a shout out for my novel reading chief impression. :)

On Wednesday, I woke up with my eye almost completely swollen shut with a stye on the inside of my eyelid.  It was so hurty, and the doctor sent me home with a heat compress instead of medicine.  I spent the next two days becoming BFF's with uber drivers so I could still go to the park and work and all that jazz.  We had a partner in down on Thursday, and I felt really bad b/c I was so grumpy.  I also reviewed Zach's cards, and was in such blurry eyed pain, I had to call my dad to help verify I was putting commas in the right place.  I had dinner with D&J on Friday night, and then they, very kindly, drove me home.  Luckily, by Saturday, I was feeling much better and on Sunday was back to driving.

I also found time to send Thanksgiving cards, which were much cheerier than I felt at the time.  Being relatively house bound and with my go to entertainment busy or out of town I got down to being super productive.  First, I plunged into the depths of my delinquency and got 7 of 33 emails I need to get done.  Yeah buddy!  I also got pictures printed, cut them to the right size, filled out cards, addressed & stamped those card and now they are ready for me to send for Christmas.   I also made two batches of cinnamon sugar almonds & cashews (for holiday co-worker gifts), made brownies for thanksgiving, wrapped about 60 presents, did laundry, packed for Thanksgiving, ordered snacks and fun for our Gilmore Girls viewing party, watched a season (or more) of Gilmore Girls, cleaned my place, gave Percy a bath, and ordered some more presents.  So not hilarious, but um, uber uber productive.

And I'm sending a Monday "email" on a Monday! Boom! 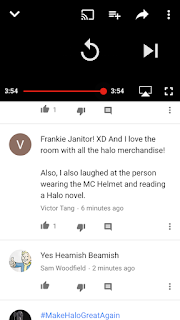 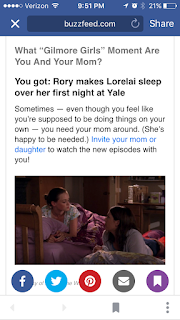 I hope all have a love Thanksgiving!

Posted by skcorynaffit at 11:47 AM No comments:

Not so exciting week.  Finally moved some work boxes out of storage so I finally don't have to do an expense report every month! Yay! (I really am getting old aren't I?)

I also went to meet with my HOA, where they denied my requests, including using my contractor who cost a third of the 12,000 that their contractor cost.  But I did get to explain, step by step, about how they charged me for late fees for bills they never sent me, for things I never agreed to pay for, especially as they were double charging me for lawyer bills.  It was a delight, but the good news is that I managed to make it to my car before I burst into tears.  Yay!

Shana decided to crash her new bosses wedding, so of course I joined!  It was super fun, and there were rootbeer floats.

Kelly also had an opportunity to enter a contest to win Sasquatch Glamping tickets (Spoiler alert she won!) The pictures were amaze-balls.

I discovered the video of Chris Evan's saying, "I don't wike it" and now it is permanently in my vocabulary.  https://www.youtube.com/watch?v=OP7H2fMdfqk

My four leaf clover, that I keep in my phone case, broke.  When we were at the dog park, I told Kelly and asked her to keep a look out for a new one.

Kelly: Actually, I found three yesterday - take your pick!
Me: See! I told you it was her super power!
Lucas: Worst super power ever.

Tom's parents were in town from NZ, so Zach and I joined Tom, Kelly, their parents and some siblings for Polish Fest.  Only Polish Fest was crazy popular so we got some coffee at Elliot Bay Book Co before brunch at Oddfellows.  When I asked about my summer, I told everyone how super psyched I was about seeing Billy Joel and Salt-n-Pepa!!

Tom: Ven diagram of people who are equally excited about Billy Joel and Salt n Pepa has got to be pretty tiny.
Me: There is plenty of room around me and my sister!

Alright people, I was afraid of this, I have no idea what all of my notes mean so I'll just leave these random's in hope that someone can remind me when they read it.

And have a cigarette if you want cancer!

Posted by skcorynaffit at 2:33 PM No comments: