My week started with a very early ride to the airport.  Kenny and I waited outside of a Starbucks with an old man smoking a cigar in the car next to us, as a street cleaner/truck circled the parking lot in an erratic fashion making Kenny very nervous.  We made it to SBUX and back unscathed, despite all of the morning activity.  The flight also went smoothly, and before I knew it, I was back at the office.

Later that evening, I watched Leave It to Beaver for the first time.  The entire time I was weirded out that my brother apparently played Wally in another life.  I also laughed so hard I couldn't breathe on several occasions.  Meanwhile, Lucas was appalled by the gender roles and his discomfort only increased when we got to the episode about fighting. 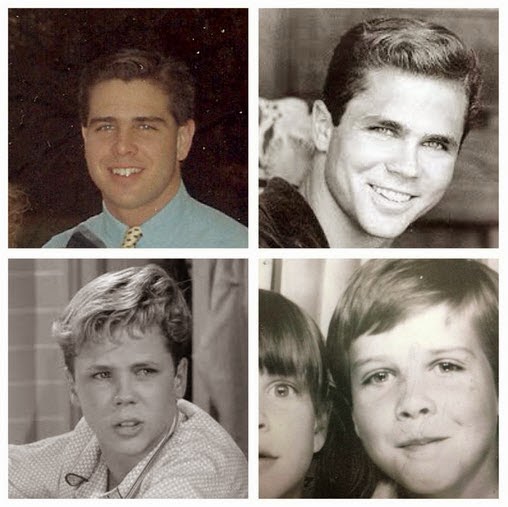 On Tuesday, I received a text from Debina that said, "So this happened today." 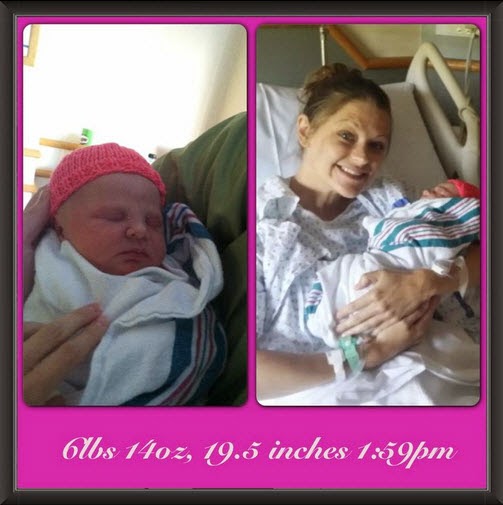 Debina said that she went to the doctor for a checkup.  The doctor told her that she was in labor, so she laughed in his face.  4 hours later, Ryleigh Elizabeth was born! Erika also sent me a text to "prove" to me that tulips really do grow after you cut them. I am not convinced. 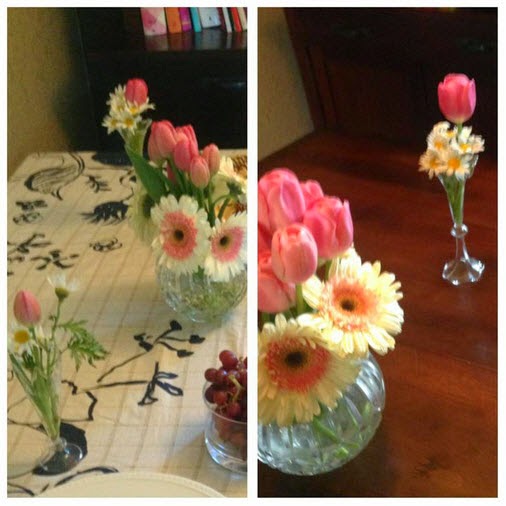 Did I mention that it's duck season?  And by duck season, I mean they are out in full force, teasing my dogs.  They swim closer and closer, knowing that at any time they can fly away.  I'm waiting for Percy to make the leap (when he swims in the water, Casper stops him from going too close.) 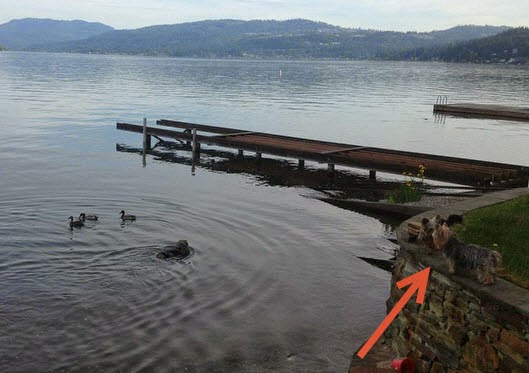 I think I mentioned before that Lucas was born the day his great-grandfather died.  He's always felt very close to him, in a reincarnation kind of way.  So I should not have been surprised that he came up to his mom this week with his great grandfather's suit saying, "We need to go the tailor and get this suit ready so I can wear it for graduation!"  While they were there the tailor said, "You're very lucky that your grandfather had timeless taste.  Yesterday another kids' grandfather's suit in here and it had a gold lemme jacket."   Dawne also took some graduation pictures.  Here's my two favs: 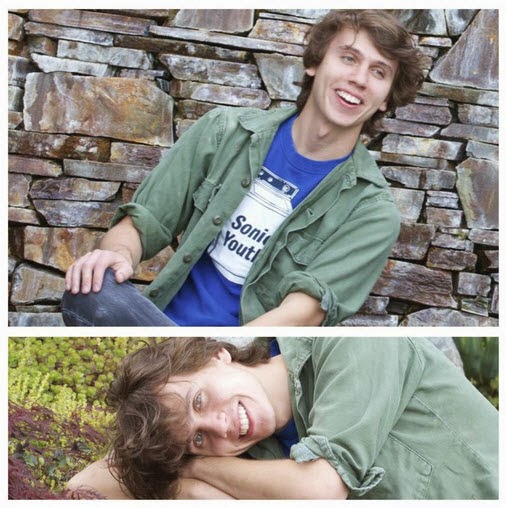 On Thursday, I started getting really excited about a visit from Cristi and Janette.  We were emailing about things we might want to do, which made me really happy, especially this bit from Cristi: 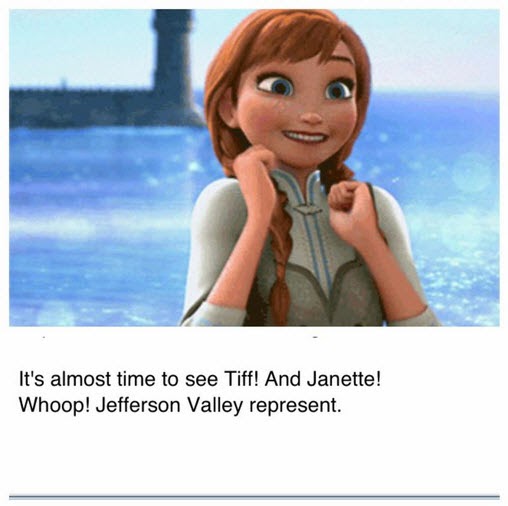 AND I discovered this excited gif that I want to use all day every day.

Friday evening, I met up with Kelly at the park after work.  I had told Kelly the day before that I ran out of food on Thursday, so I gave the pups some dried turkey and cereal.  Kelly tried to make me feel better by telling me about a vet friend whose wife had fed their dogs corn flakes.  I told her, "When I said cereal, I meant dry dog food, not rice crispy treats, but I do feel a lot better."  Then we went through the yorkie agility area, AKA, the tall grass.  This is when Kelly, No decided it was a good idea to lie in the tall grass.  I supported her, in that I said there probably wasn't any snakes, she would def get dirty, and falling straight back might, actually most likely, hurt.  Then I got the camera out. 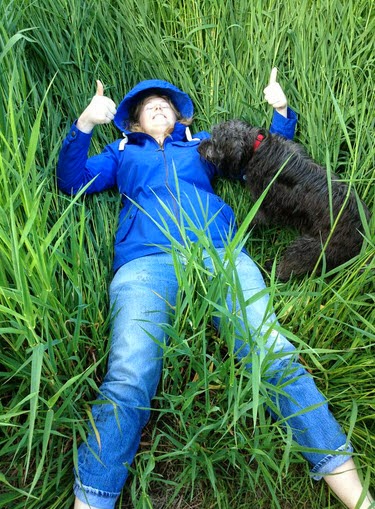 Later, we met Lucas for dinner and some grapefruit flavored beer.  Oh, and Piper accidentally had her first restaurant experience when she ran into the teriyaki place, accidentally.  Side note, Lucas has been serenading me for over an hour on his pignose amp (only a corner of which is shown here.) 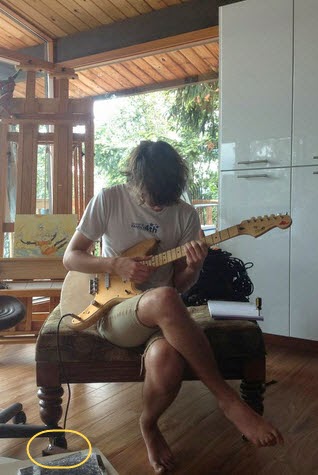 Saturday morning, I woke up late (7am) to a couple of text from Cristi showing that she had been up for a couple of hours.  I hurried up with the pups and headed over to the Bacon Mansion.  There, I met her whole family.  Like, they were sitting around a big table having breakfast, and Cristi introduced me to each person, and then she QUIZZED ME.  Which I did not answer.  So there's that.  Midge (her mom) gave me a big hug from my parents, which was lovely.  And then Cristi told me we were going to go get her cousin.   The way she said it made me think we were waking him up by jumping on his bed, so I declined.  Instead, the first time I met Doug, I was singing happy birthday to him with his family.  Sounds like a super way to start the day! First stop: Seattle Art Museum.  Which didn't open until 10.  Which I think I knew, but then forgot in the fog of morning. 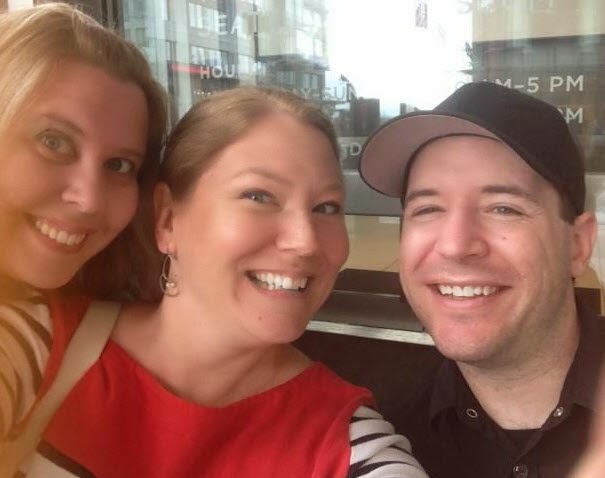 Luckily, we were close to Pike Place Market, so we walked around there for a bit.  By like, 9:30, Cristi's exuberance started to fade, and she needed lunch.  Doug is from Colorado, so maybe that’s why we were talking about skiing?  Either way, I said that I don't ski anymore because, even though I love it, I'm afraid I'll hurt myself.  Cristi said that's how she felt about riding her horse.

Cristi: It's a hobby and I'm the more important parent.
Cristi: It's true.  Nick knows this.  Which is why I told him if I die, he needs to marry someone immediately.

While we were in the museum, Cristi came up to both of us and said, "Do you see that? That's what I look like when I think a student is texting."

We were seeing the Miro exhibit, Doug admitted that he didn't really understand abstract art. I was happy to interpret for him.  Though, the one time he tried it, he received less than stellar reviews from the art afficianado's sharp stares around us.   He'll get better, I have every confidence.   There was a lot less translation needed for this guy: 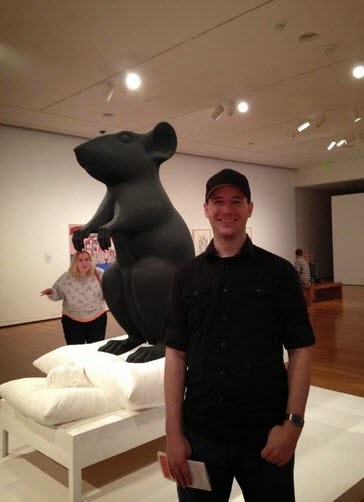 By the time we got through the SAM, Cristi needed a nap, so I drop both of them off at the Bacon Mansion, and then picked up Janette and Neville.  Two weekends in a row!  We shared a lovely meal, at the end of which, Janette mentioned to the waitress that she had never brought her the drink she ordered.  The waitress promised to bring the drink, and not charge her for it.

I would later enjoy that free beverage after emptying the broken washing machine of water, twice.  (I had to make sure it was really broken?) 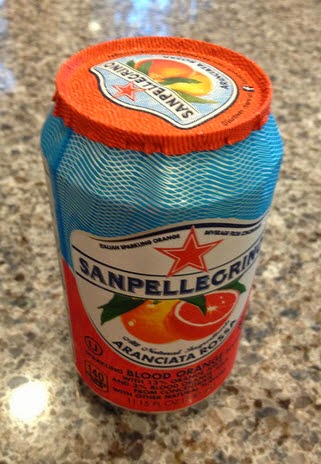 We were chatting about a bunch of random things, when I asked if they would know a lot of people at the wedding.  Oh, maybe I should have said: Janette, Neville, Doug and Cristi were all in town for Christi's cousin Stacey's wedding.  Janette was telling me about one the guests, and I was totally enjoying the story.  When I thought it was kind of towards the end, I said, "Okay so X & Y are going."  Janette said, "Yeah, this is the problem.  Since I started working from home, I have completely forgotten how to have goal oriented conversations."

Janette:  Do you ever want to talk to people in the stalls?
Me: I mean, I do talk to people if they talk to me.  There are some particularly social pee-ers at work actually.
Janette: No, I mean, just random people.  Like just now, there was a Mom and her kid and the little girl was offering to let her mother go first.  And I wanted to comment on how cute and polite she was.
Me: Yeah, no.  Though, that kind of reminds me of the time that Eva and I went to the Jersey shore.  We both went to the restroom, and a little boy, out of nowhere, slid, on his back into Eva's stall, and from between her legs on the floor, he greeted her with a big, "Hello!"

Saturday evening, I met up with Kelly and Ryan at the dog park.  It was Ryan's first time, but I think he might become quickly as addicted as we all are.  Sunday was more chores, reading, some TV while Lucas worked on his homework.  Probably very similar to what most of America was doing (or at least I hope they were so I don't feel so lame.) 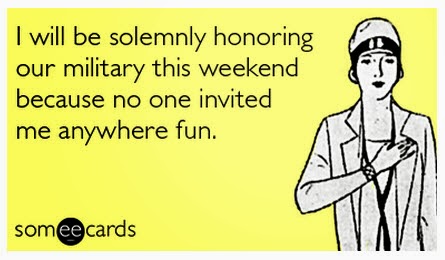 Posted by skcorynaffit at 3:18 PM