This week I put up a Harry Potter themed secret cabinet that I bought months ago and finally made it official but mounting it to the wall.  I was talking to Janette, telling her how I made chicken for Percy but then made myself a bowl of Cereal b/c I don’t cook.  And then she asked me if was stranded on a desert island, what protein what I want.  At first I said peanut butter (but only because I wouldn’t want to kill anything.) But if there was a magical replenishing fridge of meat, I would go for pig all the way.  Ham and Bacon for days!  Weirdly, I was NOT suspicious of this question and just thought we were having one of our normal chats.  That is until bacon, ham and biscuits arrived to my door Tuesday.  I am not going to lie, I cooked everything this morning and am half way through my second meal of bacon and biscuits.  Pure joy!  And because I woke up at 7am, I got sooo much done before noon.  Thanks daylight savings! 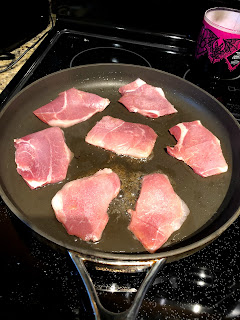 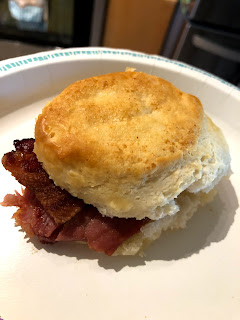 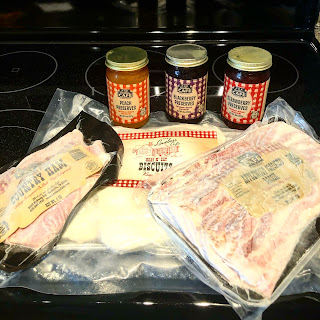 Did anyone else hear about that theory that because the whole pandemic started when it was a Daylight savings,  full moon, Friday the 13th and then John Mulaney hosting SNL, that last night with Halloween, Full Moon, Daylight Savings and another John hosting of SNL, the spell was supposed to be broken.  Could someone go look outside to see if it’s true?  LMK!

Reasons why online dating is so hard... 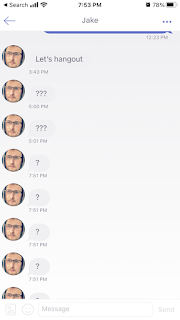 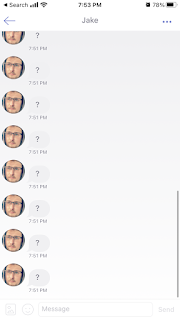 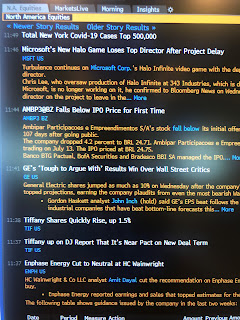 And then I got all the mixings for traditional soft pretzels for Givetober / Oktoberfest… so Lucas and I are going to do that tonight because I had to work through the work cooking show version of making pretzels. 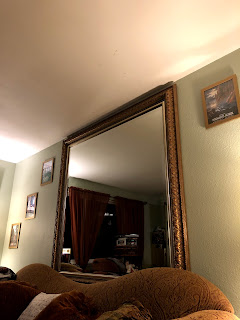 Oh! I think I told you about my mirror falling down last week, so Dawne and Jordan came over and after about two hours, we got it back on the wall. SOOOO heavy.  So heavy.  Dick had originally put it up, and he was upset when he heard it fell down – until I told him the wire broke rather than using the anchors into the wall.  I told him if it made him feel better it survived a minor earthquake last year.  He told me he almost asked if there had been an earthquake b/c his ego couldn’t handle it just randomly breaking.  We tripled the wires this time, so hopefully that does the trick. 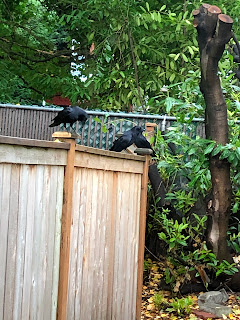 On Friday, I dropped off a present at Dr. Rach’s.  We just waved through the glass.  Anderson told me about his t-rex costume and then I heard Emmett barreling to the front door buck naked, very upset he couldn’t give me a hug.  Not gonna lie, I was really upset I couldn’t give him a hug too.

Saturday I went over to D&J’s to help check an HP scavenger hunt that they ran for their team (which was super fun to see how creative everyone was!) I also dressed up as the Beloved George lady for Dawne and Jordan’s Disney Haunted Mansion dinner party.  Because it was just out lil family bubble, Dawne could use her Haunted Mansion china (SO FANCY) and they dressed up as the Ghost Hosts.  We went on a “virtual” version of the Disney ride followed but a super lovely dinner and played Nater’s game Haunted Mansion.  It really couldn’t have been a more perfect evening.

Me: On my way back from a Halloween Dinner Party! 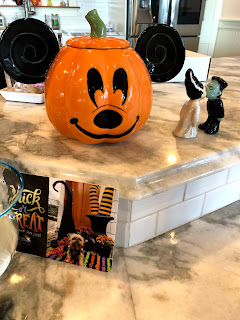 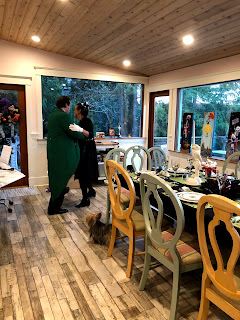 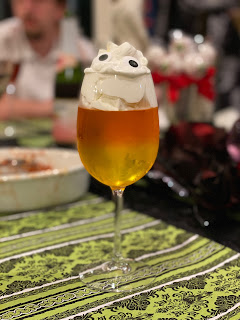 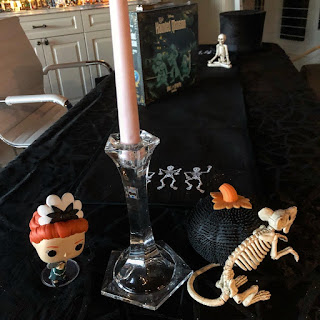 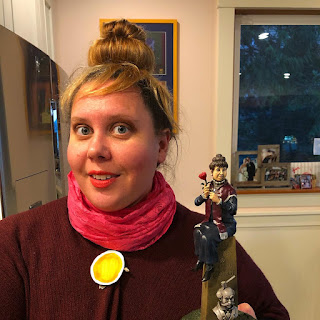 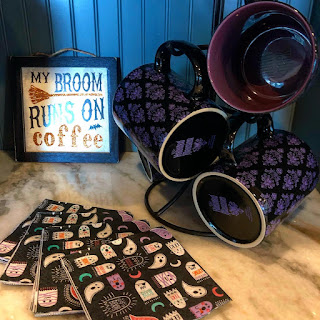 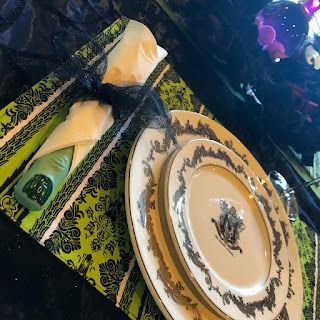 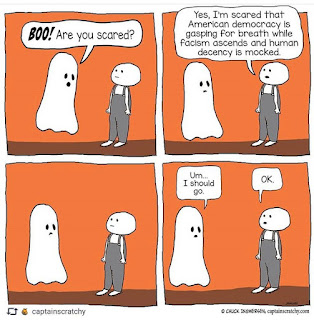 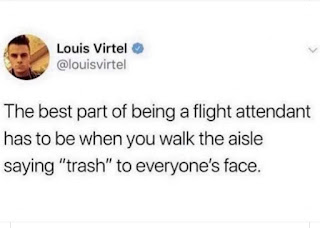 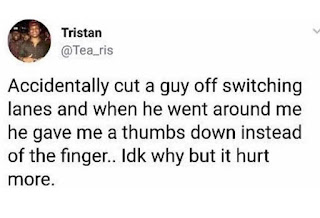 I went on some baby walks with Joey’s new puppy Pooh.  And then I dressed up as Aurora, but my co-workers said I wear that dress on Tuesday’s so it doesn’t count.  And then we went to a little Halloween walk celebration in Fremont.

In 2018, we went to the corn maze with the whole gang! And then Dawne had a Disney themed Halloween dinner party where she cooked lots of lasagna! And then we put lighter fluid on some pumpkins and lit them on fire!

In 2017 I went to lots and lots of fun exciting places.  First, I flew to Nashville with Becky to watch Kenny Rogers and Dolly Parton, which ended up being a dedication celebration with soooo much amazing talent!  Sure we were there for less than two days, but we managed to get Hatties Chicken, bar hopped and went to the Grand Ole Oprey!   I am so thrilled that Becky is always up for doing crazy things with me!

And then I went from there to the Big Buck Hunter World Championship in Vegas as VIP’s… for work.  Yeah buddy.  FOR WORK.   I don’t even know if I can adequately describe how amazing this quick trip to Vegas was (but we also went to the mafia museum!)

And then I went to Disneyland!! Yeah that’s right, DISNEYLAND. And then had a dinner party for Halloween.  Boy, October is such a great month.