Heeeeeeyyyooooo!
Before I start, yes Eva, I went to NY, and no, I didn’t tell you.  (I do think it’s funny you read it on facebook when I try so hard not to say anything true on the FB). I want to apologize, because it sounds like a very unkind thing to do, but truthfully, I purposely do not tell people when I am coming into town unless I know I have time to see them.   I suppose you could argue that a better friend would make time, but then you could also argue that a better friend might not have moved away to begin with, and no one gets out of that conversation happy.  In an effort to make amends, I will follow this introduction with a story that includes you… b/c you love the attention right Evivova?  And in case that doesn’t work… hopefully watching this video of naked boys will…
http://www.youtube.com/watch?v=MnQZI8O4OFc
During a very fancy schmancy dinner at a castle, my mother told us a story about driving Eva, Nikki, Jessica and I somewhere when we were lil.  As she was driving, my mother recalled Nikki confidently bringing up a conversation about sex—Nikki asked us “So what do you know about sex?” and my mother heard me immediately pipe up with “I know how to spell it!”  Some things really don’t change.

When we were younger my mom would pull our teeth out.  Not just my teeth, but everyone in the neighborhood would send their kids over to my house with loose teeth and my mother would pull out her pliers and she’s pop it out.  (Why do I feel like I’m repeating this story..?) In fact--Kevin stopped by on Saturday with his first loose tooth.   My brother, because he apparently has fingers of steel, can pull out teeth with his bare hands.  He pulled out one of Morgan’s teeth, but it was so tiny it slipped out of his fingers and she ended up swallowing it—which led to a discussion on how to prove to the tooth fairy that there was actually an extraction.   And that long introduction brings us to the main story.   My niece Jackie had a loose tooth which Stacey was going to have to bring her to the dentist for.  So, Stacey told her that if she could wiggle it loose before her dentist appointment, thus saving money on the appointment, she would take the girls out for ice cream.  Wiggle she did.  Jackie spent considerable effort to get that tooth out… and as she encouraged Sean to yank it harder, with her sisters yelling “You can do it!” and “Will the doctor have to do the string trick if this doesn’t work?” in the background, and Jackie moaning “I better get TWO scoops!” Sean was finally able to get it out… and the root was twice as long as any other tooth he had pulled.  Aside from the obvious, I just want to know how they forgot that they have a whole freezer full of ice cream downstairs at any given time.

Speaking of food treats and NY… I brought back some NY pizza for Rollie (Matty, check the freezer J ) When I complained about how to carry a whole pie back with me, Rollie countered with “If you can figure out a way to carry back 5 pounds of ham from NY you can get me a slice of pizza.”  Got’em.   I would like to take this opportunity to speak directly to my parents:  There are two indisputable facts that should always be assumed, no questions necessary.  Momela, I always want ham.  Frita, I always want your pea soup.   I’ll even check luggage if I have to.

My brother was complaining about his foot which he hurt playing soccer last weekend.  I told him that he probably broke it and should go see a doctor.  So when my mom called to tell me that he did actually break his foot, and Rollie and Shana heard me respond with “I told him he broke his foot!  I knew it!” they were a tad appalled with my reaction.  Clearly, it’s unfortunate that he broke his foot.  But I told Tina the scenario, seeing as she has a gaggle of siblings and Shana and Rollie are only children and she confirmed that the first thing she would have said was “I TOLD him it was broken.”  I love when my crazy is legitimized.  You don’t have to say it Sean, I know you’re thinking it:

After going to see Trace Adkins on Friday night at West Point, my sister tried to get me to run out of our car, get Sean to roll down his window, poke him on the forehead, and then run back to the car.  When I said unequivocally, that I would NOT be doing that, and she said “you would if Dawne asked you to” (oh snap! Sooooo not true!)  She proceeded to try to poke me on the forehead.  The first time she missed and hit the top of my head, the second time she poked me in the eye.  I then had to tell her to apologize, when she refused I actually said “Mom!  Dad! Maureen poked me in the eye—and now she won’t apologize.  Can you believe you raised a daughter that wouldn’t apologize for poking someone in the eye!?”  That’s right, we will basically be 5 and 15 for-ev- OR.   You know I love you Mo—in fact:

You could say I totally loved NY through and through and especially spending time with the fam (even though I developed allergies as soon as I landed, the same allergies that completely lifted when I reached Seattle).  I had such a good time that now I completely cannot remember what happened prior going to NY.  So we’ll just have to pretend I did wildly amusing and exciting things that had absolutely nothing to do with launching Arcane Legions tomorrow (Triple Exclamation Points.  Feel free to check out www.arcanelegions.com and see what has been driving me to have a distinct dislike for all things related web development.)

I do, however, remember that last night Dawne, Aunt Pat and I got ourselves massages and facials.   At one point, as I was turning over I said “I feel like I have towel face” and he was like “That’s cuz ya do.”   The boys were all going to play in a flight simulator… which is pretty cool, but I still think we got the better end of the deal fo sho. 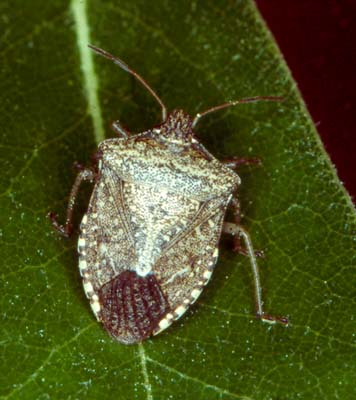 PS These bugs, these ugly, slow walking, but extremely loud and scary wing flapping bugs, crawl into the house every fall... and I just needed to share with you just how yucks they were--especially b/c D&J still have never seen them.

Thanks for your attention this week.  Much appreciated.
Posted by skcorynaffit at 2:42 PM