Hi Friend,
Luke got Uke.  Turns out, I’m not a fan of Heart and Soul unless it’s being played by Tom Hanks on a the floor of FAO Schwartz. 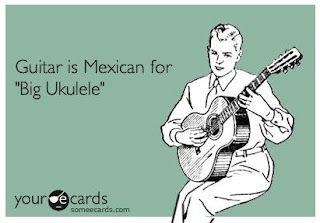 I went to the hospital with my Aunt for her Endoscopy and I realized when I walked in that I had a malfunctioning zipper that fell down constantly and I had to just tug down my shirt and hope for the best.  Not so “Lucky” jeans if I do say so myself. 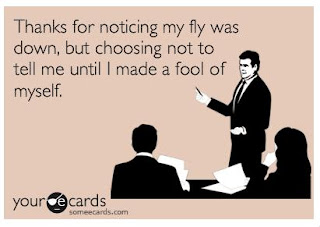 I spent some time writing these emails which kept me from doing new interesting things so I could write them in this, actually on time, email.
My friend Roy called and immediately told me that he always calls my parents house first accidently and then hangs up as soon as my mother answers.  I think he might have been appalled to hear that on the TV pops up the words “Roy Wilkinson Calling” every time he does this. 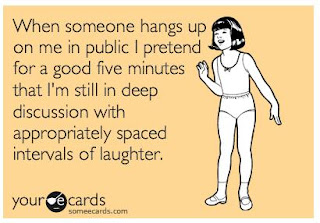 I think I forgot to tell you this story, so I figure I might as well throw it into this week.  Mo was bringing the kids to Toys R Us and Kyle couldn’t find his wallet.  He started getting pretty upset after searching the house for a while.  Before he started to cry, Kevin reached into his piggy bank and gave his little brother 5 dollars and said, “Okay Kyle.  Now you have money so you don’t have to be upset.”  Patrick, observing this interaction, reached into his own wallet and took out a dollar and handed it to Kyle saying “I would give you more but I’m saving up for a boat.” 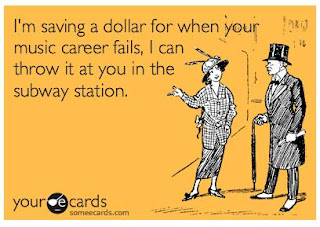 The other night Maureen told me that she had told the kids that they were going to go to the gym but got a response of “Nooooooooooo!” and “I dontwanna!”  Then, when on the phone with me she said, “Well I don’t want to either, but now I have to go out of principle.”  Classic “Mom” behavior. 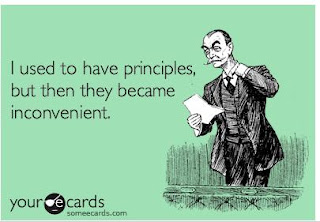 Kevin came back inside crying b/c the neighbor kid told him that the groundhog stole his toy and brought down the his hole with him.  He was crying so badly that Maureen just told him to go inside.  After dinner Maureen said “Are you sane now Kevin?  Animals do not take toys.  They are animals.”  To which Kevin said, “Oh.  Right.  That makes more sense.” 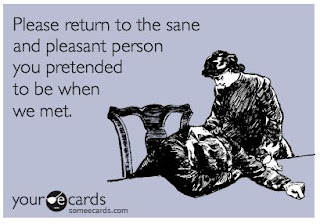 Lucas has decided that he wants to get himself a pair of those white shorts from the 80s and wear them around casually.  He showed me a music video to demonstrate what he wanted, I immediately showed him a picture of my brother wearing these same shorts—and I think Lucas was actually a lil jealous.  I also said “You gotta really love your legs.  Do you love your legs Luke?” and he replied “Arda (his best friend) really loves his legs.  He’s always  like “check out my calves, aren’t they incredible?” 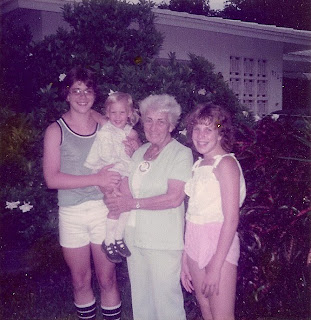 Lucas also told me, if he has one flaw, if mind you, it would be that he can’t sit in chairs.  I might have thought this was funnier at the time b/c it really was having a hard time sitting in his chair. 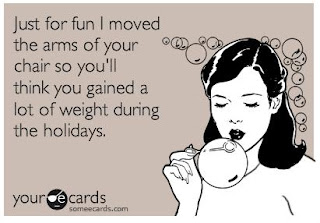 My mom actually called me early this morning to tell me to get up b/c it was going to be a gorgeous day today.  That’s a bad habit (not the getting up) but getting up b/c it’s a gorgeous day out b/c if that was my standard it’s going to be a really long, but super comfortable 8 months ahead of me.  Either way, I’m looking outside and it’s still gray but hey, now you have a Monday email that is on time, and I’m working on my second load of laundry so over all, pretty productive. 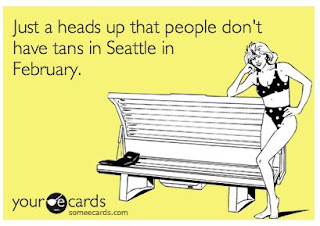 Oooooh I made Brookies even better.  I am thinking I’ll call them CaBrookies and they can only be described as amazing.  Take that Martha Stewart.  Maybe I’ll make them for the next event… just not this next event b/c I’m not sure how well they’ll go with all this meat. I (okay Sean) discovered a must-go event and can only hope that you too, share my joy in discovering that on September 18th, at Red Hook Brewery in Woodinville, there will be an honest-to-goodness SAUSAGEFEST.
http://www.redhooksausagefest.com/
Who's comin' with me?
Hope to see you there!  Have a good week!
Love Always,
T O’B
Posted by skcorynaffit at 11:20 PM