It’s Monday morning, and of course my first stop is to someecards.com, the greatest website of all time, (You have MSNBC and Good Morning America, I have someecards.com.)  And what to my wonderous eyes did appear?  But this lovely someecard… and the article that accompanies it, in case you, too wanted a lil more information. 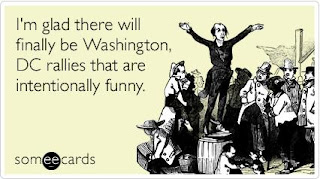 
Saturday was of course Sausagefest, or as we have affectionately started calling it, LineFest 2010.  To be fair it was Redhook’s first try, it was a gorgeous day, and they didn’t know that I had nothing better to do than be their unofficial grass roots marketing team.  On a personal note, I tried wearing heels instead of the boot and it was both a wildly successful and yet tragic experiment.  Successful b/c my injury didn’t hurt, tragic b/c my pretty pink boots were sacrificed to the mud field.   I felt really bad that Sausagefest coincided with Yom Kippur, and even more terrible that I teased Jordan with the event.  Yet insanely happy he took one of the later shifts so that I was entertained the entire day—yay!  Thank you also to Dawne, Nala, Marc, Lynn, Matty, Ashley, Diana, Jason, Jamie, Michael, Laina and Becky for playing with me! 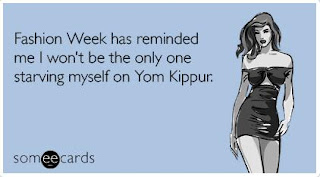 And what better segue into a commentary on Lady Gaga than Fashion Week and Food?   I have to say that I pretty much love that this chick wore a meat dress—my only question is did she donate it to a soup kitchen so the sensational actually became practical? 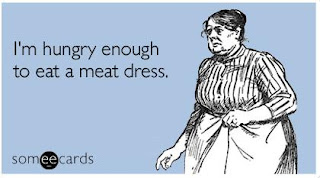 In other news, my friend Marisa came to visit this week—b/c if you’re having a mental breakdown, who better than yours truly to put you back on track?  Okay fine, that’s going a lil too far—how about cheer you up with wine and fried cookie dough?  We hit up the Columbia Winery, Redhook, the Puyallup Fair (with Michael), Library (so cool!), Archie McPhees, Sweet Iron (yummy yummy waffles), dog park, Chace’s  and I dragged her around to the grocery store and delivery of soup and cupcakes and what not.  I’ll tell you what you’ll find mildly amusing.  I have been singing Disney songs for quite some time (at the top of my lungs of course) and I realized that I don’t actually know the words.  This was painfully obvious when Michael was in the car with me and we were singing Aladdin’s One Jump Ahead I thought the ladies were saying “I think he’s ravadaisy” (Ravedaisy being their version of “super hot”) and they are really saying “I think he’s rather tasty.”  Luke suggested I add “ravedaisy” to urban dictionary… maybe it will catch on.
One Jump Ahead
Diana’s wedding dress came in last week.  In the bridal place they have this running video of models in wedding gowns coming down a runway.  Every single one of them has the cool as a cucumber expression on their face.  As I was watching the real live brides I realized that their marketing strategy was all wrong.  No one in their right mind would ever buy a wedding dress if they put it on and looked like those models.  The reason why you try on so many dresses is because you are waiting for that one dress that plasters a gigantic silly grin on your face that you couldn’t smack off if you wanted to—just like Diana and the other ladies in the shop.  I could do wonders for that industry—plus its one of those industries in which one has no repercussions for their actions b/c everything is (hopefully) a one-time deal.  I love not having any consequences for me job performance—don’t you? 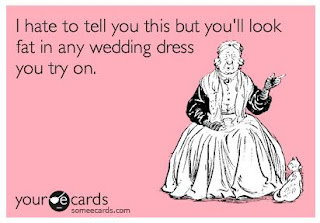 I have had a terrible headache since Friday which has actually made me ill (or maybe it’s the other way around… who knows.)  The beer at Sausagefest actually made me want to drill a hole in my head (dead like me reference… ooh I watched a lot of dead like me at some point too!  Why am I always 5 years late on these things?)  When I made it home I took a nap, during which Jordan called to ask me if he should pick up a ticket for me which I, in my half asleep state said “yes, please” and hung up.  Then I immediately realized that I was going to have to get up in 15 minutes and make my way to Lincoln Town Center to see Easy A.  Given that I did NOT throw up on my way there, I was glad I did b/c that movie was awesome and is now going on my top favorite movies list. 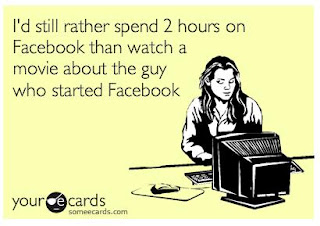 Last Monday I went to a new friend’s apartment for dinner.  Boy does she know how to cook.  I wonder if she realizes that I don’t really ever get home cooking so this was a really big treat.  On my way in I started talking to this woman and offered her a cupcake and just was my normal friendly self.  Turns out that the woman I was talking to was the evil landlady who everyone hates.  Sometimes I wonder if I even have an evil-meter.  Although she did keep wanting to know where I was going and I didn’t want to tell her b/c ya know, Momela always told me to never tell strangers where I live and what not.  That made me feel cautious but I battled it with babble and sunshine which I find always works, even if it does sometimes frustrate the inquisitor. 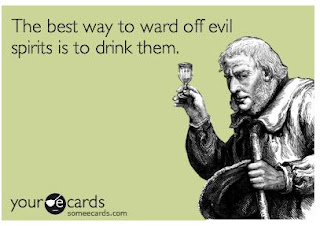 I called a friend to see if he needed anything b/c a lil birdie told me that he was feeling like death.  He told me he was too manly to be brought soup and oj.  He then, instead of heading back to sleep, spent the next couple of hours helping me to set up a blog. So... I hope you like my first official entry!