The power went out the other day for a moment.  It was still sunny out, but I lit a single candle with my Twilighter because that is what you are supposed to do in a black out.  We got the generator running, and then before we knew it the power was back on.  So, I turned the generator off, but the internet was still not running.  While Lucas, Nate and I were sitting staring at each other in the living room Lucas commented, “This is the real apocalypse. God wanted to do something that would really piss us off.  No internet.”  But then, I realized, I just didn’t flip a switch all the way, and like magic, we were up and running again, and I suddenly I didn’t need a nap anymore. 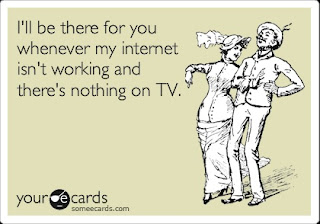 As I may, or may not have mentioned, the only person who ever tags either of us at various locations is Shana. So every time we hang out with her, Lucas and I always giggle over her efficiency.  On Monday, my phone was buzzing to tell me that someone had notified me on FB.
Me: Who is facebooking me?
Lucas: It’s Shana. She's here and she's tagging us in our home. 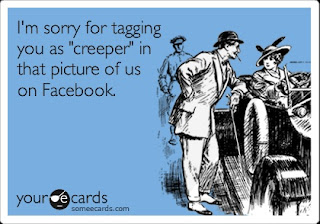 Speaking of Facebook:
Me: Do you ever comment and know it will be deleted?
Nate: No, but sometimes I comment and wish it would be deleted.
Lucas and I have been trying to really live up to our facebook activity of “Making Doughnuts” so we had to run out for more supplies.  At the register, Lucas ran back for some chips.
Me: Salt and Vinegar. Belch.  I don't like those. They remind me of Easter.
Lucas: And Easter always makes you cry.
Me: Briana told me that when she gets married she’s just going to have a big party for her shower and only have one thing on her registry: $25 gift cards to Home Depot.  That way no one has to watch her open anything, “Thanks for coming, and thanks for the $25 Home Depot Gift Card.”
Momela: That is Brilliant.  Tell her I’d be happy to send her wedding gift today*. (*Briana isn’t engaged.)
Briana: You know how other people run marathons and set goals for themselves like “finish in such and such a time.”  Yea, I only have one goal.  Don’t die.
Me: That is basically my daily mantra. 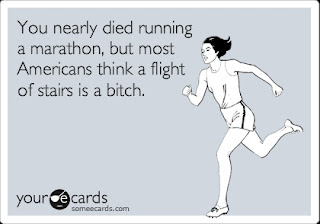 While reading Nate’s paper:
Me: I don’t believe that you started to believe.
Nate: Haven’t you ever heard of artistic license?
Lucas: I used to go into music stores and be embarrassed about buying records.  Now I get that same feeling when I go to buy an old video game at Game Stop.
Me: I could see that.  Those guys are so judgmental. It’s ridic.
Lucas: Yea.  They are Ri-DICKS.
Saturday morning, despite the rain, I wanted to go to the dog park and Dawne and Lucas accommodated me.   Nala was less than pleased, despite an offer to use her special dog umbrella.  She stopped in her tracks, and looked at us like, “I’m not this little so I can walk when I’m miserable.”  Lucas commented, “Out of people who look like they are having a good time, she would stand out.”  We later saw a very serious dog owner who was challenging his dog to fetch in a field of tall grass.  Casper was pleased to hop along behind the other dog as his owner gave curt commands that we’re instantly listened to.  Dawne also spoke to Casper with a not-so-brief command, “Casper! Now try to bring him over to us!”  Lucas then whispered to me, “You know that guy is thinking, ‘your dog doesn’t know sh*t.”
We went out for a lovely evening of wine tasting for Laina’s birthday on Saturday and followed up the high class tasting with trip to a Laadla.   Many of us took notes.  Under one of the wines I wrote, “Dust and Death” followed by “Sweaty Saddle?”  Perhaps, this was not my favorite wine.
When we were wrapping up, Becky and I decided we should also taste the elegant bouquet that is lemonheads found in a jar of candy by the door.  I hid my wrapper in my wine bottle bag—but then, after Becky and I gave a strangers calves a slow clap, my wrapper flew out of the bag onto the floor in the middle of everyone.  The owner then said, “Oooh, someone got into the candy.”  To which, I leaned down to pick up the wrapper and said, “*sigh*I guess I’ll pick that up.” As if I was doing a favor for whomever the culprit was. 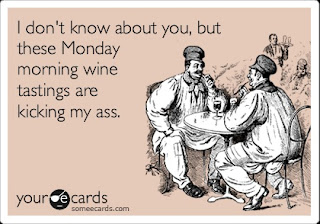 Jen could only stay for 15 minutes.  Before she left she said, “Let me pound this and go pick up my kid.”
After Shawn slammed his chair down on my foot; Laina comforted me by saying, “Yeah.  He’s a jerk.  He sometimes brushes my hair too hard.”
For Father’s Day, I called my dad the day before for a pre-happy.  During our discussion, I mentioned that I finally could tell the secret my niece had told me weeks before about Jackie trying to set her Aunt Carla up with her teacher.  She even gave him a note that said, “Are you looking for someone special? Because my Aunt Carla is looking for someone special.” And then proceeded to not only list Carla’s attributes but she had ten people (friends and fam of the teacher) to sign the letter to verify the validity of her proposal.
Frita: Maybe if Carla doesn’t like him, you could date him.
Me: I don’t want her cast offs.
Frita: No! Everyone has different tastes! It would be like shopping for a car. Ferrari’s aren’t necessarily better than Audi’s or Corvette’s—really just as long as you don’t end up with one of those little Smart Cars, you’re fine.
Frita: I was reading that thing you write today and I noticed you said that Shana had met a gay.  Did you mean that? Or did you mean guy?
Me: I meant gay.
Frita: Okay.  See I do read them. I don’t always understand them, but I read them. 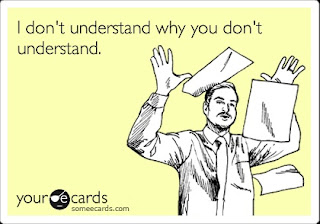 Met Matty for brunch Sunday morning followed but a family trip to the Fremont Fair.  When we got there, Lucas commented, “Look at all of these damn hippies.”  To which I said, “We are in their homeland.  We can’t be surprised that to see them in their natural habitat.” 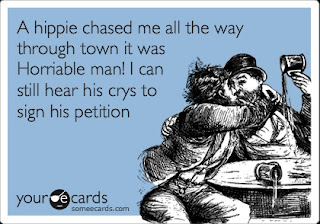