My boss was telling me how awesome the new Starbucks “Blonde” roast is.  I asked her if she ordered a “Grand-AY Blond-AY” (Grande, Blonde).  She looked like I was crazy, but I think it’s crazy that she DIDN’T think about that, so there.   Later that day, Kelly and I went to get some coffee and we were offered free Blonde coffee (grounds not made drinks) samples.  Kelly took around 8 and shoved them in her purse, then turned to me and said, “I don’t even own a coffee maker.” 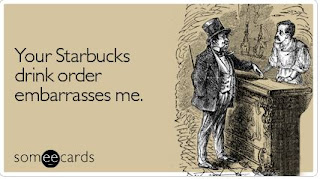 As I mentioned, I’m taking a story writing class.  I felt a lot of pressure to write something last week, so I cheated and wrote a true story about my nephew Patrick.  It was read to the class, and when it came to feedback time, not only did no one suspect that it was true, they told me that a) 9 year olds don’t go through things like this, b) No 9 year old would act so maturely after only one night’s sleep to deal with the situation c) This “Aunt” character – how old is she? 12?  Adults do NOT talk like that (confirming why my nephews think I’m not really an adult.) 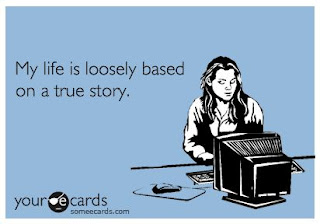 My friend was having a text fight with a friend back home last week in which I ended up ghost writing a lot of her responses.  In one instance, the chick was complaining that her feelings weren’t being validated.  I suggested that she respond with, “Validated” and see if that works.  I quickly told her I was kidding because that response is never sufficient or appropriate.  (People of the world: if you are fighting via text or email, be prepared that everything you say can be shared with someone else.  I’m of the opinion that group responses tend to be more rational and well thought out, but you do take your chances.)

Nala, the 3 ½ pound Yorkie, has been around for nearly 2 years now, and every time Zach sees her, he laughs as he say’s “Nala” as if he is surprised she still looks as funny as she does.  Then we went to the park yesterday and at least 4 people laughed at the said, “That little dog.”  Validated.  (Wait, no, I guess it does work sometimes.) 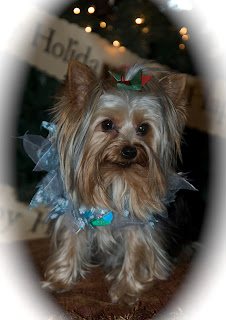 Kelly: I spent all day yesterday thinking it was April fool’s Day.
Me: February 2nd?
Kelly: I get it.  I was wrong. 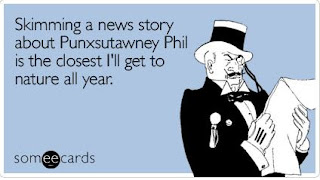 I can’t remember if I mentioned this story, but last year I learned that Becky had made a deal with her husband when they got married that if they didn’t learn how to tango before their 10th anniversary, they were getting a divorce.  I gave them an out by suggesting that instead of a divorce, her husband could simply opt to change his name to “Jared Notango.” (I’m a problem solver.)   Given that they are coming up on the ten year mark this year, Becky called to sign up for lessons with a steamy sounding instructor (actually, maybe that’s not how the story went.  Becky and I get up so early to have breakfast, that I’m often not fully functioning until after the breakfast is over.)   Point of this story:  Becky got off the phone and told her husband he was either taking these lessons or he should be getting ready to officially become “Jared Notango.”  And I just love that she remembered a reference from a year ago. 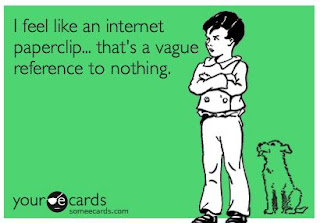 Met up with Rach again on Thursday.  Our new thing is to sit at the bar instead of a table because it’s ten time more fun.  We were chatting about dragons, and the gentleman next to us started to teach us all the intricate details about Dragons, including showing us an inaccurate dragon on his calf. (I only knew it was inaccurate b/c he just told me all about dragons and I only told him it was inaccurate b/c I wanted him to know that I was paying attention.) He then broached the topic that dragons might be real, and I think he was surprised when both Rach and I were in total agreement.  This led to us explaining that aliens are also probably real, which led to this statement:

My whole world universe is based on that movie – Dr. Rach on MIB

Upon walking down to the lower driveway and finding Lucas with a lot of random bits of lumber, a drill and skate boards about:
Me: What’s your end goal here?
Lucas: To have fun.
Me: Fair enough (and I walked back to the house.)

When I pressed play while the game was on:
Jordan: Oh no! Did we catch up to real time?
Me: No, I just wanted to watch the last 9 seconds of the game.
Jordan: *SIGH* Fine.

Half way through the game, Lucas made some pasta, and shoved a lot into his mouth quickly.
Lucas: I really don’t feel well.
Me: Just a suggestion, maybe next time you should chew your food before you swallow it.
(Lucas running to the kitchen sink to get sick.)
Jordan: I can’t believe we have to tell you to chew your food!!!
Lucas: I’m already throwing up – I think it’s too late to tell me anything.

When the game was over, my phone began to ring.  It was Erika, so I got worried she was going to ask me about the game, but happily, I was wrong.

Erika: I just finished watching the last Twilight Movie where Bella drinks blood from a cup.  I can’t BELIEVE there isn’t a warning label – no I can’t believe YOU didn’t warn me about this movie.  What about people like me who pass out from the thought or sight of blood!? It’s outrageous that there isn’t a more explicit warning!
Me: Let me get this straight, you’re outraged, on the verge of suing, because they didn’t warn you that a VAMPIRE movie would have someone drinking BLOOD.  Yea, I am so sorry about that.  For the future, Zombie movies will probably have zombies eating flesh and brains.
Erika: NOT OUT OF A TAKE OUT CONTAINER!!
Me: So the problem with Hannibal Lector eating liver with a side of fava beans is the seasoning?
Erika: Basically, yes. 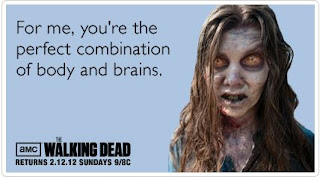 I think I’ll share a work story.  I don’t know if I mentioned that when we moved to this building, I asked my boss to warn people about my laugh.  Mostly, I was worried that by sitting upstairs on the “balcony” area, in a building with new windows but lots of concrete, that my laugh would travel up and then bounce off the ceiling and then be shared with the whole studio.  I don’t think my boss warned anyone, but I haven’t received any complaints yet.  (Maybe no one up here is funny?)  Point  is, I am up a flight of stairs, so I called my pregnant co-worker downstairs.

Me: Hi!
C: Where are you?
Me: Upstairs.
C: Oh I thought you were offsite because you were using the phone.
Me: Nope.  I was just calling to ask you if you would bring me up a coca-cola zero.
C: What?
Me: Just kidding.  I’m calling you to ask you to respond to my email.  (I’m not sure if that’s better.)
C: Okay.  Will do.

Me: Where’s my coca-cola zero?
C: Oh no! I forgot.  I just wanted to come up here to see if my email was the response you needed.
Me: Now, I feel bad that I made a pregnant person walk up a flight of stairs.
C: I tried to call you, but I don’t know how to use the phone.
Me: Naturally.

Me: Do you want a sandwich from Jimmy Johns?
C:  Yes.  Wait, the internet isn’t working.
Me: Did a uke fall on your laptop?  http://video.adultswim.com/tim-and-eric-awesome-show-great-job/ukulele-phone-prank.html
Me: its important you stop after the first video that I sent   Also, I just realized I sent you an internet link to check out about not being able to check the internet

Other than that, it was a gorgeous weekend.  The dog park was crazy busy.  I met up with Becky and Jared (she was meeting her boss at the park, and I brought two dogs so she looked like she belonged. ) I overheard a guy answer the phone and say, “I’m at a dog park. There are literally THOUSANDS of dogs running around without leashes.  I have never in all my life seen anything like it.  It’s incredible.”  See Sean? It’s not weird that on your one day in Seattle I took you to the dog park.  :P

Oh! In case you didn’t see it last week:

And, Okay Diana and Erika, I just requested an invitation to Pinterest.  I don’t know if I have time in my life to be addicted to another site… but for you? Anything. 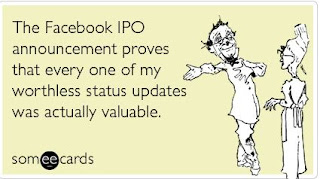 Posted by skcorynaffit at 3:12 PM