This chair isn't going to pull itself out.

I was going to make a quick reference sheet the other day at work of images, and then, as I described it, I went back and put air quotes around “Sheet” because let’s be honest, no one is ever going to print this out. 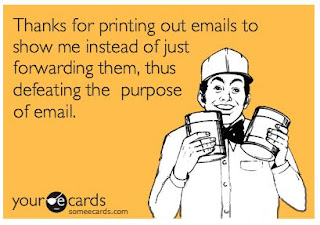 Rach: Don’t worry, I talked you up.
Me: Oh good.  I’m glad you didn’t say anything embarrassing.

There is a guy at work that I just adore.  He happens to be from Florida, so during lunch, Kelly gave him the cute nick name of “Flo – Rida.”  And, to emphasize this nick name, I used my newly acquired photo shop skills. 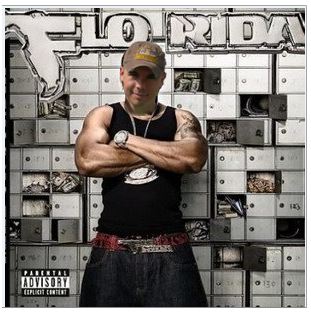 When I got into work on Tuesday Morning:
Me: I *think* I had a dream last night that Tyler came over to me and said, “First, you need to organize your Sharpies.”
Christy: Are you sure that wasn’t real life?
So I asked Tyler… and confirmed that this is actually what my dreams have come to. 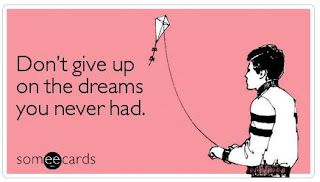 Kelly and I had a play date at my house yesterday to play Halo in a safe environment in which no one would mock us.  (I felt like I needed a bus pass for her to come over.) Point of this story is, I am very bad at aiming, but I made up for it with my sweet melee skillz. (I didn't teach her how to Melee until we stopped playing). My cousin was laughing that we couldn't run, but we knew the names of all the weapons and ships.  You could hear us saying, "Which button jumps?" in the same breath as, “Oooh Imma shoot this Brute Minor with my Assault Rifle!” 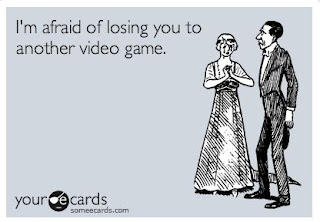 Wednesday, I was at church for Ashes, when I’m walking down the aisle and hear a whispered, “Tiffany! Tiffany!”  Apparently, Shannon from Café Ladro was also getting her ash on.   I got home in time to go to class with Dawne, only to find out that class was canceled.  I promise you I wasted these extra 3 hours of my life doing something completely useless.

Thursday morning I had breakfast with Becky where I learned that she gave up being frustrated for Lent.  Good luck with that. 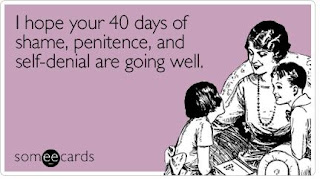 Thursday evening, I rounded up some friends to go to a “Meet Up.”  For those not in the know, Meet Up is a site that holds various events, for various types of people that you can join if you want to meet people.  The particular event we went to was at a bar near Pike Place Market and had 200 people signed up to go.  Before the event, Kelly brought this guy Ed over to my desk and told me that he too, was attending the meet up.  A little apprehensive, I asked him what it was all about/what it was like.  He responded, “Have you ever been to a bar before?”  Oooookay then.  If he is wondering why we mocked him for the rest of the night… this is where the gauntlet was thrown.   I asked if people were going to be socially awkward because of the nature of the evening, he covertly looked over at the play testers behind me.  “Why are you looking over there, Ed!?”  And I had my answer.

Ed: I’m going to the bathroom.
Rach: Number One, or Number Two?
Ed: What?
Rach: What?

At one point, I wanted to check out another bar and the rest of the group followed us.  This was right after Rach found a book of stamps on the floor, and I proceeded to give them out to people - but not to Ed, because they were for special people.  When we arrived, Rach stood next to a chair and said to Ed, “This chair isn't going to pull itself out.”

Ed also told us that while he was in the restroom, another gentleman rubbed his elbow with is elbow while they were peeing.
Rach: Maybe he was just saying, “We’re all in this together.”
Laina: Right before he announced, “SWORD FIGHT!!”

Rach ended up on the phone with Ed’s sister, and then returned to tell us, “His name is EDWARD and he went to FORKS high school and he is very pale.”

On our way of the bar a chick complimented me on my shirt.
Me: Thanks, my 6 year old nephew picked it out for me.
Chick: My niece always tells me I dress weird.
Rach: Well, she’s WRONG.

Kelly told me, “I had a serious conversation with Andrew.  I told him about the gravity feeds.” 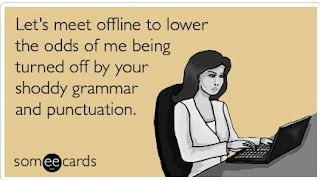 Laina, Rach, Kelly and I created the perfect system by standing in a square in the middle of the room, then bringing people into the circle and introducing those people to new people when we wanted to meet additional people.  I was very impressed with us.  In fact, Kelly and I gave us an A+ for the evening (the + was for getting a girl into our car.)  When I told Dawne that I made a new friend that was a girl, she was very upset and explained that that was NOT my goal.  She should know how hard it is for me not to make friends. 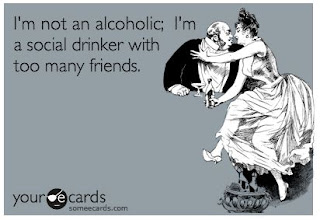 Saturday morning, I woke up and walked into Zach’s room.  He was watching a show called “The Elephant Princess” that was the quality of a bad Disney Channel show.  The story line was about a girl who is a Princess in a magical land that she gets to by using a magical elephant.  But in the real world, she’s just an ordinary girl with a band.  Zach said the best part was that he couldn’t tell if they were in Australia or South Africa and he also watched both seasons that were available.  I asked if he’d like the soundtrack for his birthday. At Laina’s later that evening, we were told that she wanted to fill one glass jar with wine corks, and one with beautiful origami.  So we got started on that right away.  I remember it being a lot easier in 3rd grade.  Here is what went into the jar (That sailboat looking thing was supposed to be a vulture, but I got distracted): 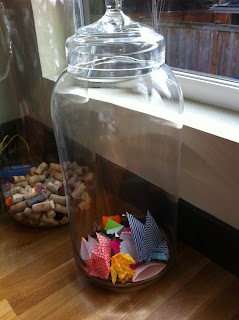 Sunday morning started out with a Skype conversation with Kathi where she told us that she looked at her bank statement the other day and she had received four euro’s in interest, but then was taxed 99 cents.  Maybe she can get a coffee if she takes it black.

Then Lucas was looking for something else to watch, and said, “These are Top Pick’s for Zach, so you should like anything in this category” then made a selection. 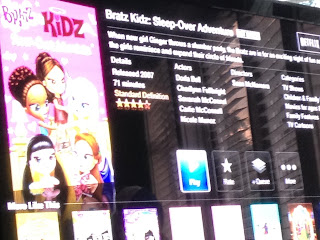 Meanwhile, we were getting ready to meet Rach at Guitar Center to pick out her very first guitar.

Me: Lucas has a song he wants you to cover.  It is tentatively called, “My nipples are fine.”
Rach: Ok great!  We may need to work on the title, but I’ll address that later.  For now, we’ve got a lot of work to do if I want to strum out anything that remotely sounds like a song.
Me: Here’s a teaser of the lyrics.
My nipples don’t need your charity.  My nipples aren’t here for your hilarity.
One’s innie.  Ones outie.  Like I’m in a Mercedes while driving an Audi.
My nipple be crazy, the other lazy.  I’m tryina’ think here but it be hazy.
Have no fear, don’t let it abhor us.  I’m getting’ old here, take it to the chorus.
My nipples are fine! They’re average and normal!
My nipples are fine! Just a little informal!

You get the idea.
Rach: I love it.  I love everything about it.  And I take it back; we don’t need to work on the title.  Also, I’d like to give Lucas a slow clap for incorporating the work abhor into song lyrics.

We went to Guitar Center, where Lucas tried to explain to Rach that it was like buying a car, and you didn’t want to buy something the first time you walked into the dealership.  After a lot of debate, we finally went to lunch at Bucca di Beppo’s where we explained that Lucas wasn’t really a vegetarian.  He eats hotdogs, chicken nuggets, and bacon.

Lucas: So not very Jewish.  But I have curly hair and I’m circumcised!

Rach proceeded to go back and buy the Guitar, and if you want a quick glimpse: 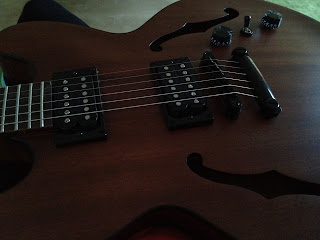 We also watched the Oscars.  I made a joke about kids not knowing who Billy Crystal was when he hosted the Oscars, but still got upset with Lucas asked me twice who he was.  My favorite moment of the entire show was when someone said Martin Scorsese and two ladies from Bridesmaids yelled, “DRINK!” and pulled tiny bottles out of their dresses. Posted by skcorynaffit at 2:22 PM