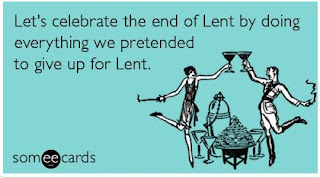 Lucas: I’m sad that all the stories have already been told.
Me: Not necessarily…
Lucas: No.  They have… and by the Simpsons.

I’ll do my best to tell a couple more anyway…

It was our friend Fred’s 50th birthday on Tuesday, so at 10pm Dawne and I started writing him a birthday letter that left us in a fit of giggles.

So your 50! What is that like? Are you still up...I hear those old people have a hard time sleeping, old bones and what not. Plus they all ways need to go to the bathroom, up and down, up and down.
What else ya want to talk about? I hear they also ramble, but I'm just buying time for you to find your glasses.
I hear your going to Rome possibly to the coliseum perhaps see your old stomping grounds

Being the good friend I am I have increased the type, just in case you couldn't find your glasses at this hour.

Now I hear you're actually on your way to Rome, tell me did you have a hard time getting your walker through security? Did you remember the hard candies for the trip and a zip lock bag of prunes? I am assuming you did and everything and all is running well.

With love a young whipper snapper,

Who is sure you won't remember this e-mail.

He ended up reading it out loud while he was in security on his way to Rome so that everyone in a 10 foot radius could also enjoy our hilarity.

Me: I’m just leaving work, on my way to see the Bodyguard in the theater.
Deb: Don’t you ever just go home and veg in front of the TV.
Me: Of course I do! Just not today.

I picked up Dawne, (who had a pretty rough day on Tuesday) and I asked her if her day was any better, and she proceeded to tell me how she had to jump start her car 4 times before 1pm.   So, not better then.   We met Becky for dinner at the Mexican place across from the theater.  (This will be important to the story later.)  We then went to the theater and after buying tickets, Dawne asked, “What are we seeing?” and I replied, “The Bodyguard from 1992.”   We got seated and they actually showed us the TRAILER for the movie before the movie so that we could buy the DVD.  Okay people, we just spent 12 dollars to see this 20 year old movie, for that we each could have bought the movie and watched it at home – and if for some crazy reason we forgot the particulars in the last 20 years, I certainly don’t need you to ruin it with a trailer immediately before the viewing.  Still, the very best part of that movie was this:

When we walked out of the theater and across the parking lot, I realized I had left my car keys at the restaurant.  Having a sneaking suspicion (which was quickly confirmed) that the restaurant had closed 40 minutes earlier, I was delightfully surprised that the door was unlocked.  I walked in and called out to find that a gentleman was there cleaning, who did not have a great command of the English language, but he did figure out quite easily that I wasn’t leaving until every drawer and nook were searched… and suddenly, we had found my keys, which if this story didn’t show how lucky I really was – I’m pretty sure I have no idea where my spare set is--- so yay! 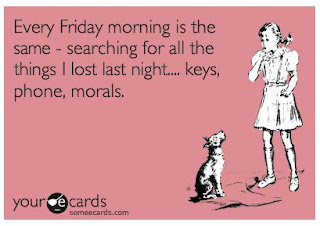 Dawne told me about this teacup Pomeranian puppy she played with in Chicago, and now I can’t stop looking at pictures of them. 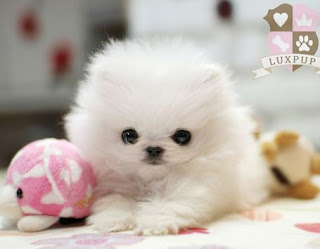 We were chatting at work when I said something to my co-worker Rick, and my boss, not skipping a beat, handed him a packet and said, “Here’s some burn medicine, I think you need it.”

Thursday morning, my 6 year old nephew Kyle woke up and, before he even lifted his head off the pillow, he said, “Is it Friday, Mom?” To which Maureen replied, “I’ll be able to say ‘Yes’ to that tomorrow.”  Thursday evening I met up with Dr. Rach at the Living Room, where we caught up on life and tried new fancy drinks.  I got super jealous about her planned trip to Sweden (because Sweden was the best part of our Scandinavian & Russia cruise :P) 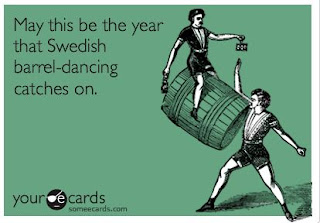 My brother Sean went to Bailey’s school for Career day on Friday, and after he presented, a kid came up to Bailey and told her that Sean looks just like Brad Pitt (but he must get that all the time) and that Bailey and Sean both of the same half, lop-sided smiles.  She was not aware of this on all accounts - way to give the birthday girl a complex kid. 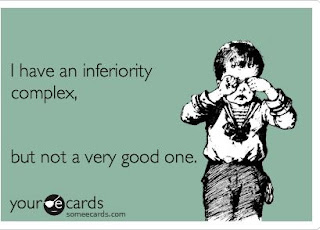 Friday night I wrapped up 9 presents for Dawne so that she can have a whole birthday week rather than getting cheated by having her birthday on Easter this year.  Saturday I had a full day between watching the Elmo documentary (I totally cried twice, laughed a lot, highly recommend) lunch with Rach and Jason followed by Kelly and I getting our hair done by Heather (I tried to get “The Rachel” but I think Heather thought I was joking and now I look pretty much like I always do, which I guess has worked so far. :P)  Then I met Jen and Hays’ newest edition, Juniper, and got to see Lily with her first Barbie.  Jen’s not a big fan of Princesses, so naturally all of my presents featured the Disney Princesses (that’s what gift receipts were made for – ridiculous presents.)  I then met Laina for dinner followed by going to a special event showing of Back to the Future.  That’s right, two 20+ year old movies in the theater in one week.)  There were around ten Delorian’s, and people dressed up as Marty McFly and Doc, and Leah Thompson did a little interview before hand.  Kelly also dressed up like someone from Pretty Woman (which is more the 90’s); the key here though, is Pretty Woman.  Don’t worry; we didn’t let her walk around by herself for long. 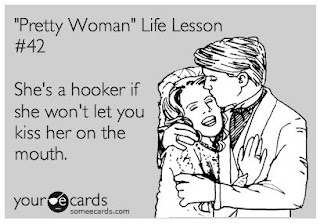 Sunday we emptied the closets in the brown house (exciting!), and for a brief hour or two afterwards there was glorious sunlight that Lucas and I reveled in before we left for lunch and it began to pour.  I meant to do so many things I have been putting off, but instead, I took a two hour nap, started and finished book one of the Hunger Games, and went to see Mirror Mirror (so fun!)  Maybe I’ll do my taxes tonight instead… 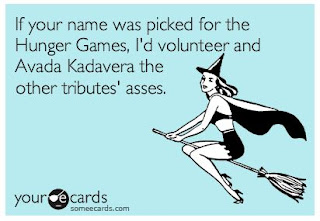 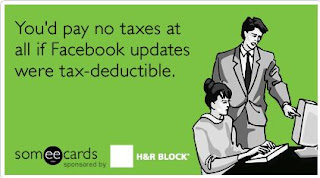 I got a text from Nick yesterday saying that Julie was at the hospital ready to have her baby.  Forgive me if I wasn’t just a little bit skeptical about an April Fools text.  I got an update that there still wasn’t a baby last night… maybe that kid of theirs already is taking measures to ensure that she is taken seriously.  J

Finally, I would be remiss if I didn’t remind you that my birthday is on Saturday, and I like to be showered with love and good wishes.  I’ll even extend it a week in case the religious weekend causes you to forget what’s important in life.  :P 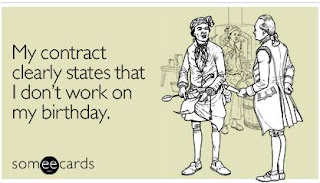 Posted by skcorynaffit at 1:32 PM