Zach went to visit Nate in Chicago for his 21st birthday on the 16th, and at one point, Zach had a window fall on his head.  He was telling me that half his body was intermittently numb, his head hurt, and he had tingly fingers.
Me: Did you go to the doctor?
Lucas: When I had a concussion, I don’t remember having tingly fingers.
(pause)
Lucas: Get it?  Because I had amnesia? Heh. 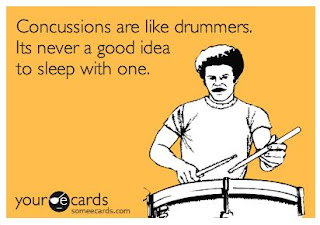 Mariana was over getting guitar lessons when she asked Lucas if he wanted to go snowboarding with her.  He quickly and emphatically answered, “I’m done with winter.”  Me too.  And then he asked, “You know who benefits the most from the navy and army. It's not technology. It's Lucas. I've received stickers. Multiple pencils…”

Early last week was filled with watching Switched at Birth and playing Draw Something.  To say that it’s my new favorite game would be an understatement.  Plus, Switched at Birth isn’t amazing so Dawne and I have plenty of time to concentrate on being Drawsome.  We have all been upping our game.  Here is an example of the work I’ve been getting from Kelly: 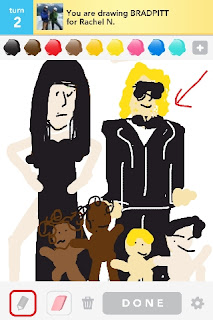 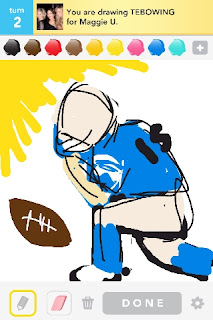 Wednesday, we skipped our last writing class, and then Dawne saw our teacher on the plane the next day.  Dawne used packing as an excuse, but I think she might as well have said, “My dog ate my iPad.” Over breakfast, Lucas was eating some Life cereal with Zach, when he noticed, “Great.  Dad circled all the answers on the back of the box with a Red Pen.”  Way to ruin it for everyone, dude.  Later, I was driving Lucas to school one morning and there was this cute little kid on the back of a bus with the headline “Help Henry”.  Boy, is that kid going to be embarrassed if he makes it. 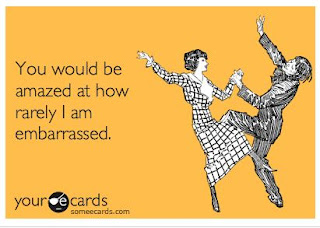 We were also listening to this song, when Lucas commented that perhaps a good AA meeting would also be beneficial to the gentleman:

On days when Dawne and Jordan are out of town, I have to get up a lot earlier and be a lot more helpful to other beings outside of myself.  One particularly early morning, after getting ready for the day, we stepped outside and it was decidedly sunny out, and Lucas informed me that it was the best day of our lives.  He then proceeded to just dance in his seat with joy over how awesome life was.  It was right around that moment, that I accidently ran a red light.  Maybe the camera didn’t get my face b/c I was reaching up to touch the roof of the car? 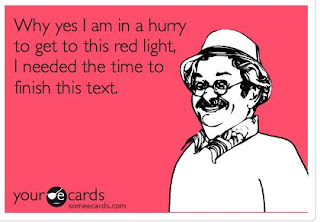 On Thursday, I bailed on Husband Hunt Day in favor or lounging about doing very little – which in all honestly, is most likely what my future husband was ALSO doing.  Friday, I got home to very excited puppies. So excited, that Casper jumped up and punched me in the face so hard I got a swollen, bloody lip.  Zach was having friends over for his birthday, so I asked Derek how bad it looked, and he said it looked fine.  But then, I went up to get dressed and put some make up on and saw that it was NOT fine.
Me: You lied to me.  I look terrible.
Derek: Well you don’t look like you have herpes or anything.
Zach’s friend: If you’re picking up girls you can just say you were being heroic.
Me: I’m not trying to pick up girls! 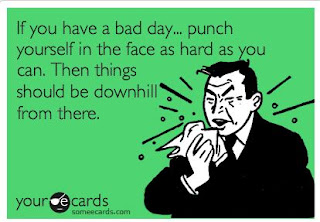 I went out with some people from work.  I picked up Kelly on our way to the Garage when we saw this 90 year old woman walking.
Kelly: Aww, look at that woman out on the town.
Me: She’s probably going to the Garage.

I carefully waited until one of the uber managers had done at least 4 shots before I introduced myself. (She said I had a fabulous Outlook photo, which is almost as good as being recognized for my good work.) Then, she introduced me to the Vodka & Frangelico shot – which tastes like cookie, and next time I want a cookie, I’ll just have one of those.  But not at work of course.  She said it was okay as long as it was after 4pm.  I can hold her to that, yes?  I then got into a conversation with her husband that eventually led to him saying, “I’m a MAN!” So, that was a good first impression. 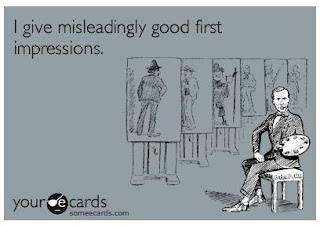 Given that Zach had a party at the house, and I was up until 3 and Lucas was at a sleepover, we all got anywhere between 0 and 4 hours of sleep on Friday night.  I got up at 7 and then soon after got a call to pick up Lucas in Seattle.  We had a pretty mellow day.  I got donut for all the college students, met Becky at the dog park, came back to the house and crafted a bit (I only made two cards, but Becky looked like she was being productive) and then maybe watched some TV?  I don’t know, everything was a bit hazy.  I do know that Zach, Luke and I all got anywhere between 12 and 17 hours of sleep Saturday night. 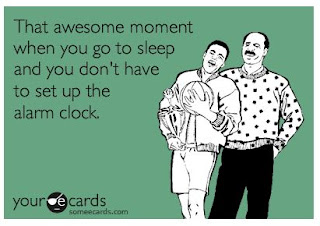 This meant that I was incredibly productive on Sunday.  We got up, went to the park, got groceries, went to the bank, cleaned the house, took down party decorations, put up Easter decorations, and did laundry.  I also paid Lucas to bath Nala and Casper.  I nearly choked on my coffee when, at the park, Nala rolled in leaves and dirt and looked at Lucas like “I just want to make sure I’m extra dirty for when you clean me.”  Casper was less happy about bath time.  Lucas picked him up like a baby and brought him upstairs.  Casper then ran back down and sat next to me.  Lucas picked him up, only this time I heard Lucas giving him a chat about trust, and how he had broken that bond of trust.  I firmly believe that Casper understood every word, because as soon as Lucas got him back into the tub, Casper peed all over him. 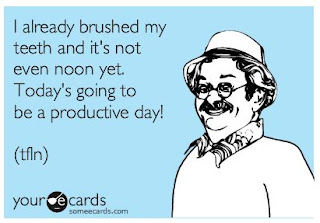 I also introduced the boys to the wonder that is Goldie Hawn in a little film called, “House Sitter.”  They must have liked it, because as soon as it was over, we played it again.  Next up? Overboard. 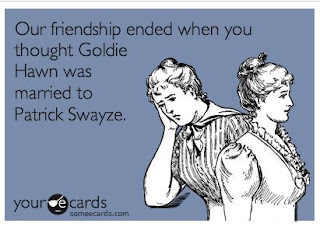 Also, Dawne and I have had over 100 successful turns in Draw Something in less than 9 days.   But they don’t go into triple digits.  Prepare to receive a letter of complaint, OMGPOP.  I literally don’t know if I can keep up with my additions to Facebook, Words with Friends, & Draw Something AND keep writing your guys.  Quality is definitely going to go down because I know for damn sure quantity is not going to decrease. 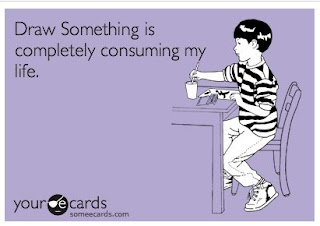 I hope you havea phenomenal week – I’ll try to get my act together and be on time next week.  :P

Posted by skcorynaffit at 10:19 AM