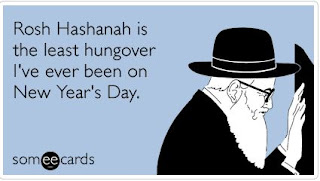 As you might have gathered from my "Knock Up Nala Day" update, Nala is definitely preggers.  I received a shower gift from my parents for their "Grand Puppy." So cute.  The whelping box is almost complete - it's constructed, but unfurnished.  I'll send pictures next week when it’s done. 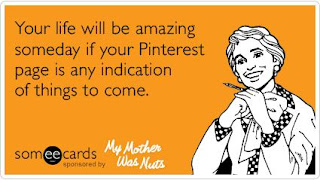 I was telling Laina, Jen and Shana about the details of Knock Up Nala Day.  My friends were very inquisitive - including such questions as, "Did she talk a lot.....like I did the first time?" and "Where did you meet the baby daddy?  Was it under the bleachers at the local high school.... like my first time?"

I was talking to my co-worker Christy about going to the zoo.  I said if someone said they didn't want to go to the zoo, I would just say, "Why do you hate Panda's."  She tried to tell me that the Woodland Zoo doesn't have Panda's, but I know for a fact that they have at least one red panda.  She then told me that red panda's didn't count as panda's, just like the sun bear.  Not knowing what the Sun Bear looked like, I started going through pictures, showing her the adorable ones, and then, I don't know how it happened, I started looking at pictures of Yorkie Puppies.  Also, adorable. 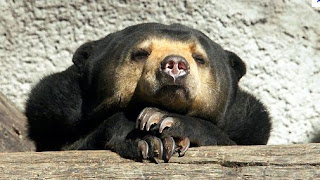 A midst all of the very somber remembrances for 9/11, I got home and Lucas said to me, "I know this is all levels of wrong but we watched a video of 9/11 today and I was thinking aww I miss the WB station." 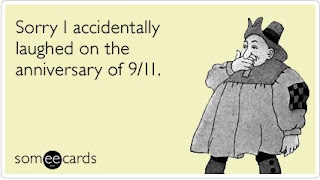 Becky was telling me that her friend who is a new mommy, has had a lot of time to peruse the "Missed Connections" section of CraigsList.  The other day, she was looking through and found out that one of them was about her!  Complete with description of baby stroller and how hot she looked in just a grey t-shirt and jeans.  She immediately pointed this out to her husband (to prove that strangers think she's hot in just a t-shirt).  Then she proceeded to write the gentleman a very long letter of thanks. 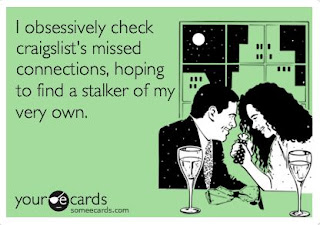 I was quoting Milton of Office Space the other day to Shana when she told me this gem of a story.
Shana: I love a reasonable volume.  When I was a kid and asked to watch TV my mother always said, "yes, quietly.” So ever since then I ask, "May I watch TV quietly."  I did it when they were here last month. My mom laughed and said "It's your house!" 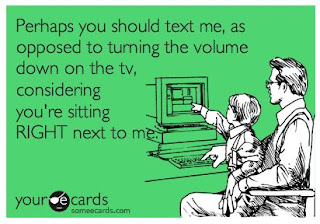 During lunch with Christy, a bee happened by.  Christy was very concerned about this uninvited attendee, in fact she frozen and one might say, terrified.  I proceeded to capture the bee in her ziplock Tupperware.

Christy:  That was a new Tupperware.
Me:  You can still use it.
Christy:  But it will have had a dead thing in it.
Me: We can release the bee before it does - though you did just eat dead chick carcass from that a moment ago. 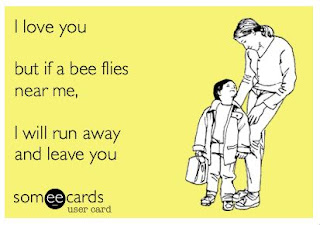 Becky came over on Thursday to work out with me and cook me dinner.  I told Ryan and Kelly how impressed I was with her cooking skills.
Kelly: Yeah. It's a lot of standing up.
Ryan: You could get a chair. 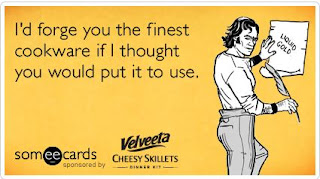 Friday evening was dedicated to celebrating Jen's birthday.  Jen, Shana & Laina all went to play Bingo with Laina's mother at the senior center.  While there, they met Peppermint Pattie, who quickly informed my friends that she was "the dirtiest grandma in Shoreline, so when you start to giggle I know what you're talking about." She also asked to be introduced to my friends.  She whole heartedly approved of Laina and Shana, but she told Jen that her name was boring, "Unless of course it's short for Geneva."  Guess who just got a new nick name?  It was this point in the telling that we got off course, there was some inappropriate discussion, that while I did giggle about, I don't feel comfortable sharing.  Peppermint Pattie was soooo right about them. 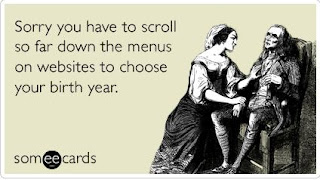 After dinner we headed over to the Rockbox, a bar that enabled the four of us to have our own room so that we could karaoke at the top of our lungs in silly voices.  Even Laina sang a beautiful rendition of "The Bad Touch" dedicated to Nala.

When "Leaving on a Jet Plane" by John Denver loaded onto the screen:
Jen: Oh John Denver, he really did leave us on a jet plane. (all of us giggling) Get it? Cuz he died in a plane crash.

Jen: There's totally a live bug on the bottom of my glass.
Laina: Drink it!!

We also sang some Journey, which naturally caused some air fists.  What wasn't quite "natural" was Shana's air fists getting out of control, punching into her own face, with an exclamation of "Oh! My Glasses!" 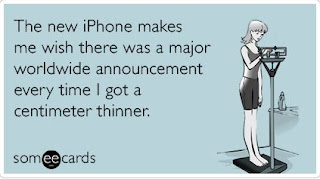 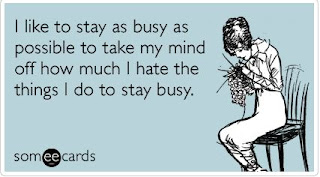 Managed to take my bridesmaid dress to the tailor, got some West Wing in and went to the Puyallup Fair with Zach.  We had a lovely time, but there was a bit of a giggle fest that I realize makes me both a bad person and a snob.  But I wanted to check out the RV's and in the 5 minutes I was checking them out I heard the following:

And now that I feel bad about myself and incredibly thankful for the life I've had... I am going to bid you adieu. 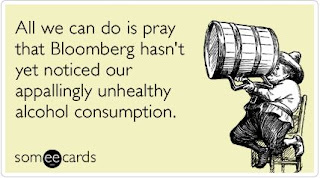 Posted by skcorynaffit at 10:51 PM