And They Lived In A Shoe 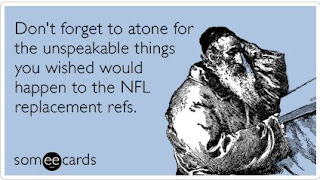 I was watching the "Happy" documentary on Netflix last week with Lucas.
One woman was saying that her horses made it easier to deal with her accidents.  On a shot of the horses, Netflix froze.
Me: Drink in the happy healing of the horses.
Lucas: I think that's an individual thing.  When I see horses all I think of is "riding them makes my butt hurt". 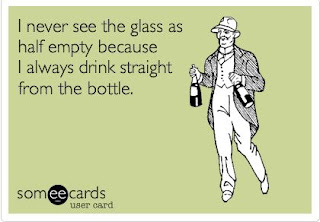 Lucas: Tiffany, check it out.
Me: That's a lot of sodium buddy.
Lucas: It said less sodium!! 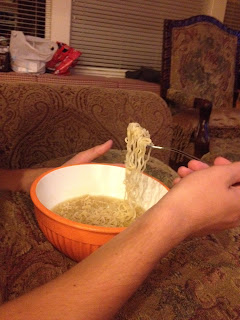 At looking at little children or "Future 100 year olds" as Lucas called them.
Lucas: They are having a lot more fun than the people in the Crucible.
Me: That could be said of anyone.
Lucas: You know the worst part is none of them were witches. 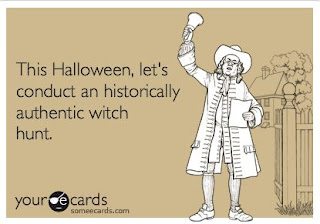 Lucas: Did you know that there are people in Africa that are little?
Me: Like pigmies?
Lucas. Yeah. And they live in a shoe.
Me: They don't live in a shoe.
Lucas: That's not what I heard.

While watching the same scene in Africa.
Lucas: Do you hear them?  They speak with the clicking.  See, that's why they have more rhythm.

Me: I thought it was Calcutta.
Lucas: The only time I was ever in India was when we watched half a season of Out Sourced. Last week was also Rosh Hashanah.   The boys told me that their Rabbi told them this joke:
People recently tried to remove all of the sex and violence from the Bible but then there was just a bunch of Jews complaining – and we already have that with Seinfeld!

My mom also told a really good joke – but I think you should call her and ask her yourself.  J  (I didn’t have a chance to tell Jordan this joke last week because I really didn’t see him. So, she decided to call him herself, which is totally fine.  Only, she called during an important meeting, and because Jordan always picks up the phone, he did and got a bit of a chuckle mid-meeting.  I want to see who else she’ll call now… J )

I left Thursday night for NY. 30 seconds after my plane took off on its way to NY I heard a little kid in the back yell, "We're Flying!!"  If only we all got that excited every time we flew, right?

Momela and Frita picked me up at the airport and then brought me down to Elmsford to meet up with Banana to look check on flowers for her wedding.  I got to see where she worked - it was very tactile.  I'm so not used to even using the printer at work that it was very cool to see an entire company of people really making things happen.  Wait, back up, while we were in the parking lot there was a car which was parked in the entrance of the parking lot.  As my dad was turning the car around to get out I heard him say, "I wish I had an old car. I'd hit that Mercedes. I really would." (He never would. :P) 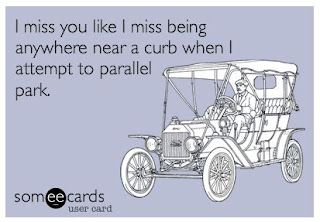 After Banana made all the flowers perfect and made sure everything was ready to go we left to get out nails done.  In case anyone was wondering what makes New York better than all the other places, it's their food.  I can elaborate on this, but I'm just going to say this: I miss deli's.  After that, my parents picked me up in Croton, I got a quick nap in, and then hung out with the fam.  I'm not going to say there are geeks in my family, but there were two ladies exchanging corny math jokes at one point and then falling into a fit of giggles. 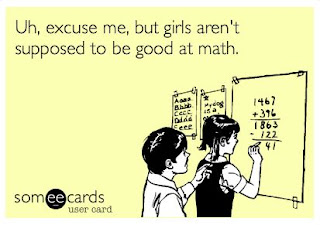 The next morning my dad brought me to Dunkin Donut's and Briana's - in that order.  Banana was ready to roll out as soon as I got there.  We made some phone calls on the way there. 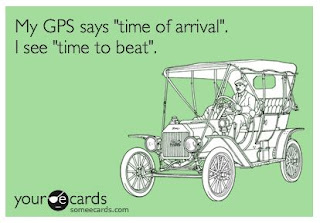 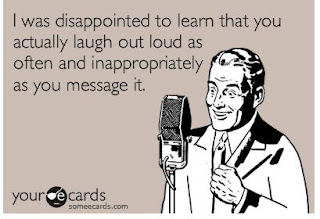 When we got to the hotel, I'm pretty sure that I was supposed to be the helpful one, but before I knew it, we were sending Briana out to get us coffee.  I finally used Pinterest in a useful way - to pick out my very Carrie Underwood look.  When I was getting that done, I asked Banana what she was up to and she said, "Just sewing my veil - you know, normal wedding day stuff."  Later, and I don't know why I thought this was hilarious, but one of the Bridesmaids, (who I had just diagnosed myself with ADHD), said, "Will someone remind me to take my anxiety medication?"  Yeah, I'll get right on that.  When I met the Groomsmen, I decided right away that they were invited to make me look quiet and sedate.  Thanks.  One of the first things I overheard them say to one another was, "Hey! Your grey hair matches your suit!" And we were off to the wedding! 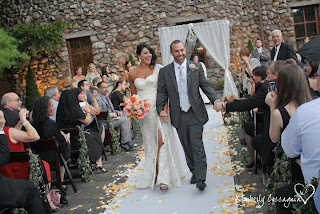 Everything was gorgeous, the ceremony, even in the rain, was beautiful, and the reception was so picture perfect that I can't imagine anyone pulling together a more lovely event.  The next day, I got to spend some time with Mo over coffee and then went to church with the parentals, Sean and Bailey and Jackie followed by a game of Twilight and delightful conversation before I had to head out to the airport. 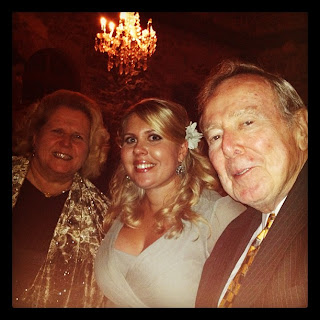 Oh! And before I forget, Friday, Dawne took Nala to get a sonogram.  We have two pups on the way!  When I told my mom she said, "I didn't even have sonograms for my children!" Here's a pic of Nala's belly: 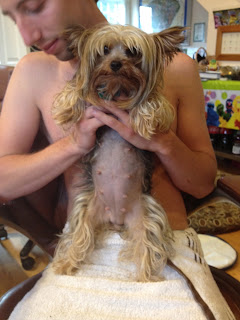 And the whelping box - though it still needs the framed pictures of all of us on the walls.  :)

I hope you have a terrific week!

Posted by skcorynaffit at 9:19 AM