Last week, I spoke to you a little bit, though not enough, about my friend Cece.  Well, I just received more bad news – we lost Marion, too.  For those of you who know our family, you no doubt hung out with Marion – or luckier still had some of her chocolate chip pound cake. (Very lucky actually, because often she would bring this cake to the Christmas Party and I would “accidentally” forget to put it out.  She found me out though, and started bringing two. Such a smart lady.)   When I was really little, Cece and Marion came as a duo.  As their relationship splintered, our good times with Marion were not.  I guess you could say if Cece was my honorary grandma- Marion was the great aunt in my life that I never had.  I don’t remember her ever getting mad or angry.  If you dropped a dish, she would immediately tell you that it was just a dish.  Things break, drinks spill, no reason to get upset as long as no one got hurt. (I’m kind of a klutz, so this understanding attitude was novel and appreciated.)  She was always baking.  The first time I went over to learn how to make cookies with her I found out her chocolate chip cookies were nothing but the Toll House recipe.  The Toll House recipe plus some serious, old fashioned, elbow grease transformed these cookies to something I have never experienced in a cookie before or since.  No electric mixers for Marion! No sirreee. She was also a very strong German woman who didn’t let us have breaks during bake time. She had so many grand-kids, but every time I went over for Christmas, my Styrofoam bell covered in glitter from, I’m pretty sure kindergarten, hung on her wall.  She was happy and excited all the time, and not even a stroke dampened that enthusiasm.  She was kind and positive and showed me what true patience was.   Simply put, she was a treasure and I miss her already. 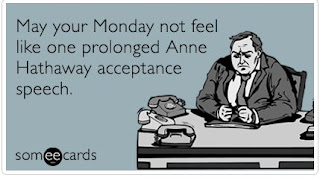 I feel like all I did last week was come home from work, played with puppies and maybe watched some BCC Being Human.  Oh and I played a bunch of IconPopQuiz.  I have a love/hate relationship with this app.  I love when I know the answer, I hate that they expect me to know who someone is because they wore a non-descript hat once.

I also learned about Angler Fish:

I got some pretty adorable pictures of Percy’s new friend, Lucy!  She is Pam’s new puppy.  About a month younger than Percy and I think they’ll be best buds. 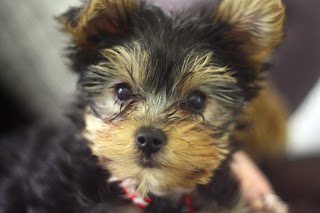 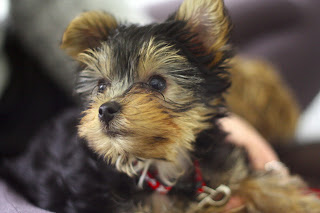 Friday, I worked from home so that I could put some serious time into potty training Percy.  By the end of the day I felt like a complete failure.  The kid decided to walk off the potty pad 6 inches and pee three times in a row.  THEN on Saturday, I said, fine, run around.  And you know what he did?  He didn’t make one mistake all day.  Guess who doesn’t like being told what to do.  He’s still not perfect – but we’re getting there. 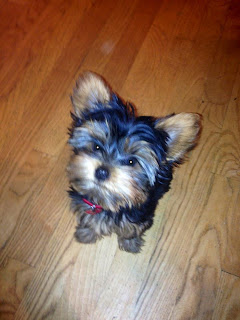 Lucas came home for lunch on Friday and told me that his school was in lock down that morning.  Apparently, there was an armed guy outside the school.  Lucas parked a couple of blocks away from school, and walked by this armed guy, in fatigues, that had set up barracks around his truck.  He just walked by him, doot do doot do doo.  When he arrived at school, he was locked out until someone finally let him in.  Another kid was also late for school.

Lucas: Should we let him in?
Teacher: LUCAS! We are not letting the crazy guy in!
Lucas: Uh, no.  I meant the other student.

Don’t worry, apparently everyone was fine.  Not that I remained calm after getting an amber alert to my phone with a screeching noise like those emergency drills.  I only freaked out for like 5 minutes.

Friday, Luke also got his grades (pre-finals) and lamented about his college-less future.  We called Maureen to book some time for math help, and then went out to get supplies for his paper mache party.
Mo: So… you’re having a party instead of studying? 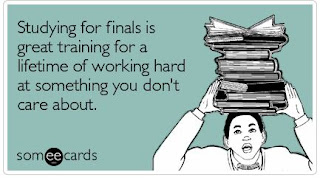 Me: We need to make sure we get flour for the glue.
Lucas: In the biz we call that paste.
Me: Would we call this a biz?
Lucas: It's an industry - the industry I'll be in with these grades.

Friday evening I met up with Laina, her bf Mo, Rach, Anders, Jen, Hays, Sonya and Steve.  They had all gone to bingo at the senior center, to which I sadly, could not attend.  As I could not attend, here is Dr. Rach’s summary:

This pretty much sums up the crowd at Bingo last night. Never in my wildest dreams did I think I would witness a senior citizen giving a lap dance to the karaoke version of Play that Funky Music, but it happened. Oh yes, it happened. I nearly choked on my Werther's Original. 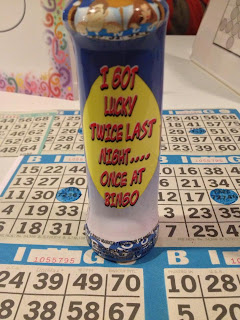 Saturday, we worked on Algebra Dos and cleaned the house for not one, but two parties.  Simultaneously.  Lucas and his friends did paper mache, Encino man, and the pool.  Mark came over to host a “Wizard” party – at least that’s what the invitation said.  I know, because one guest showed up as Gandolf – not realizing it was a Harry Potter party.   I have put the link to the text below, but basically we listened to a spoof audio book of the Sorcerer’s Stone read while the movie is on silent.  It was so funny that it hurt.  The laughing hurt. I think my favorite part is that he refers to Prof Snake as a woman, the entire time.  Highly recommend.

Sunday morning I met with Laina, Shana and Dr. Rach for brunch which was lovely.  Then I skipped the wedding show (though I hear it was very productive) to come home and support Lucas while he studied.  Maureen ACTUALLY helped with studying but I was there by his side the whole time.  Which was probably best seeing as I hear the flu is going around and there was an awful lot of people at that convention show.  I feel the need to take some airborne just thinking about it. 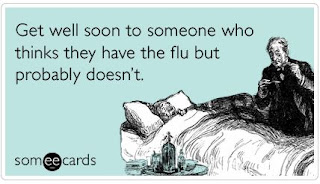 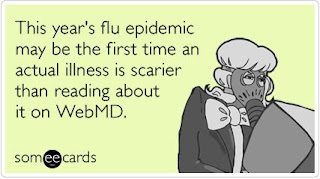 Posted by skcorynaffit at 8:35 PM