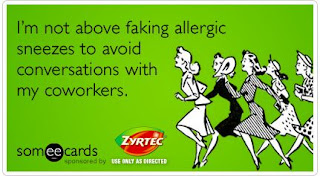 Lucas: You know I'm thinking about getting back into performing.  That Pied Piper incident in third grade when I had a wedgie the whole time and then I finally had to do something about it, and everyone in the audience saw me excavate my underwear was pretty traumatic.  Maybe I'll start with a dramatic reading of "never ever ever getting back together."
Me: The only performing I'll be doing is wedding ceremonies.
Zach: Then I hope your monologue is better than "never ever ever getting back together."  Actually, Tiffany, you probably shouldn't use that during the ceremony. 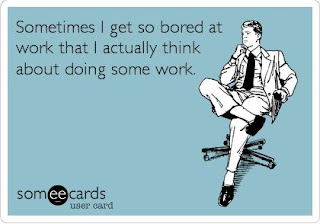 I spent a lot of time focusing on work and those stories are either dull, or probably not appropriate for here.  However, Shana did send me a Pep Talk that you all really should experience:

Lucas: You know why I like sugar in tea?  One, it tastes good.  Two, it has good homogenous properties. Way better than honey.
Zach: But honey is better for you.
Lucas: That isn't on my list. 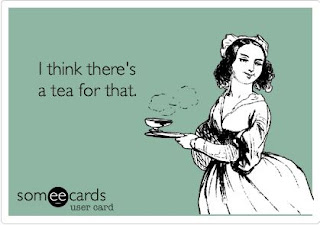 On Friday, Becky called me back to say, "This is great!  I totally wanted to hang out with someone but I couldn't think of ANYONE that wouldn't already have plans this late on a Friday.  I didn't think of you at all.  Of course YOU would be free!"  And I was, home on a Friday, snuggling with Percy who wasn't feeling well from his shot earlier in the day.
Me: I'm so glad you could come over.  And that you're wearing sweats because I actually changed into pajamas when I heard you were coming over.
Becky: I was so excited about coming over I almost left the house with my shower cap on.  Jared had to ask me if I was forgetting something.

Me: Pick out whatever you want, I'll watch anything.
Becky: Star Wars?
Me: Don't make me ask you to leave.
Becky: Ooh! Let's watch A Walk in the Clouds.  It's one of my FAVORITES.
Me: I really like that your favorite movie has Keanu Reeves in it. 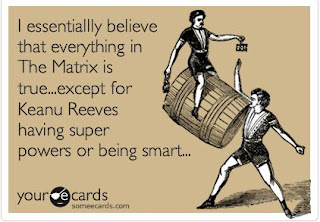 Me: My sister was calling Percy, "Little Nose."  I think that would have been his Indian name.
Lucas:  Did you know that when the Pilgrims came, they were talking to this Indian Chief and he said he would trade them drinking water for their beans.  The Pilgrims agreed, and handed the vegetables over, and the Chief yelled, "Hey Drinking Water, come over here and meet your new parents." 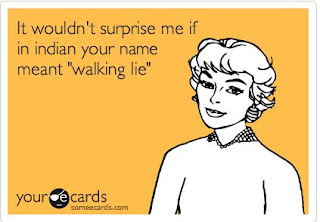 Percy was chewing on a chair, so we sprayed it with the no chew stuff.  We barely finished spraying, when he went back to chewing.
Me: You son of a b*tch.
Zach: That is quite the factual statement. 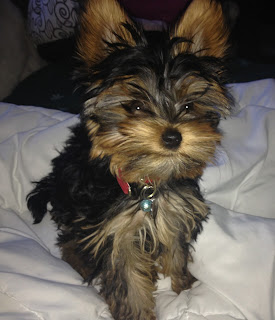 Lucas introduced me to a civil war myth that I had never heard of before.  The story goes (and I've included a link for more details) that a soldier had been hit with a bullet through his left testicle, and then traveled further into a girl getting her preggers.  My first response was Man! That chick was pretty quick on her feet with the lies to cover up being with child and without husband.  I mean she convinced newspapers!  That's fantastic.  Way to go, Lady.  Way. To. Go.
http://www.security-faqs.com/the-virgin-bullet-pregnancy-of-1874.html

We did some shopping at the outlet malls on Saturday, followed by a viewing of "Eddie and the Cruisers Part II."  (Obviously, an Oscar worthy movie weekend.)  Sunday, was more concentrated on chores, reading the page to screen HP book, and running Percy around at the park.  Oh, and doing our jobs as best groupies ever at Chop Suey watching Luke's band, Allium. 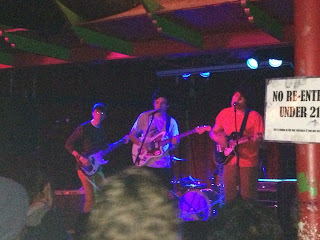 We were talking about how to gain mass/muscle etc.  We naturally called in some help from Roy Boy.  In the meantime, Lucas was talking about how that might bring in the ladies.  Dawne was telling him that he was just as good looking as Zach and Derek.
Luke: but I'm your son! Really, I have a face made for radio. 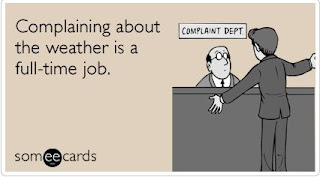 In previous car shopping moments, I've always put an emphasis on how it would drive in the snow.  For example, a mustang, despite its convertible properties, is rear wheel drive, so I would never even considerate.  (Maybe this specific example is from driving to skiing class in Laura's mustang and essentially sliding in and out of the parking lot.  This go around, when faced between the option of the all-terrain Jeep Wrangler and teeny Fiat that sees speed bumps as a challenge, I went with the Fiat.  I have genuinely been excited about the opportunity of a good old fashion Seattle snow that equals a sum total of a 1/2 an inch when I can call in and say, Sorry! Stella doesn't do snow - and then get to work from home for a week.  I thought it would happen when we had a those long weeks of 20 degree weather... but noooooo we got SUNSHINE like we were living on the east coast or something.  And now we're back to dark, raining and 45 degrees, so I gave up and got a car wash.  Maybe one day... 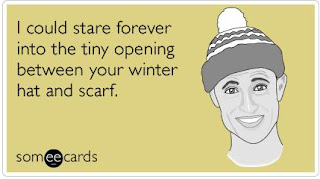 Have a good week kids!

Posted by skcorynaffit at 10:04 AM