You're the idiot who sent me. 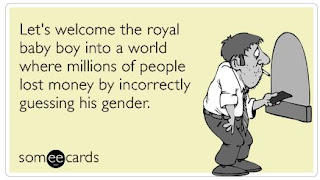 Last week started out strong with Diana and Jason over for dinner.  Uncle Ray was asking Jason if he had seen a movie.
Jason: Is the MacGyver guy in it?
Uncle Ray: No...
Jason: Then, no, I didn't watch it. 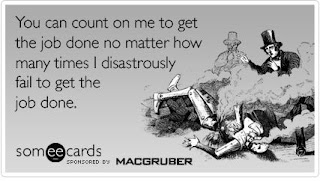 On Wednesday evening, Matty and I took the dogs to the park, returned the keg and then, since we were already there, we had a beer at the Malt and Vine.  This is when I found out that the Teriyaki place next door delivers to the Malt and Vine... game on.

On Thursday, morning I woke up at 5 am and made homemade mac and cheese, chex and dessert, plus played with Percy all before work.  Why did I wake up so early?  Well, you know how on Christmas morning little kids wake up excited about opening presents?  I had a similar feeling, only instead of presents, my parents were coming in to town and I could contain my eagerness for their arrival.  I did go to work and did my very best get everything done so I could take a day off.  Running to the grocery store, I made it home 5 minutes before they arrived - YAY!   Percy was better at waiting… 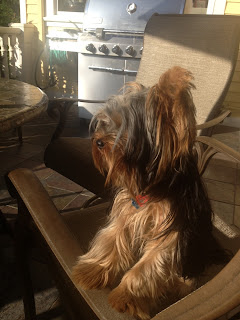 My parents often travel with their friends Mary Jo and Dick.  Mary Jo and my mom have been friends since elementary school.  When they were younger, Mary Jo's mother would ask my mother (1 year older) and my Aunt Maureen (2 1/2 years older) to baby-sit Mary Jo and her younger sisters.  On one such occasion, Aunt Maureen sent Mary Jo out for a pizza.  Only, Mary Jo had a bike at the time.

Momela: She carried it side wise on the way home.
Mary Jo: What did you expect! I couldn't hold it flat, I had to have two hands on my bike.
Momela: Tiffany, you don't understand, we didn't have cardboard boxes back then, they put pizzas in a paper bag.
(I'm dying with laughter at this point.)
Mary Jo: You're the idiot who sent me! 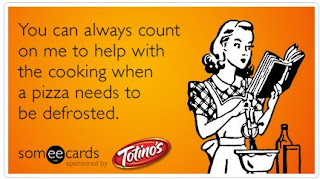 The next day, I took my parents over to Norm's, and then a quick tour to show off Seattle and all the different places where I spend my days.  On Friday night, all of my friends came over for a BBQ and to play Things in a Box.  Here are some sound bites:

Question:  What do you like to wake up to?
Answers: Bacon cooking at the foot of my bed, the person who I went to sleep with, Sunshine, Thunder.
Momela: Jordan who I slept with.
Jordan: Yes, but I'm uncomfortable with how you phrased that.

Dawne: Raymond couldn't have said Hanky, he doesn't even know how to spell that!
Frita: That's how I knew that Dawne said, "Knows more than me" because anyone else would have written, "knows more than I."

And a throw back from like 7 years ago because I wasn't writing these at that point and it's still funny.
Question: Things found [in] a Manual.
Matty: Sombreros.

On Saturday, we took a trip to the Olympic Peninsula, Port Townsend and Hurricane Ridge.  We saw deer up close - so close that I had a deer walk/cut across 6 inches from me, slowly and without hesitation and then stand there, unafraid.  It was pretty awesome.  Percy and the deer could care less about each other (thankfully.)  It was a nice 9 hour day trip all in all.

Mary Jo: You're a great driver.
Dick: Really, it was so smooth that I fell asleep several times.
Me: No one has ever said that to me before.
Mary Jo:  Thanks so much for driving.
Dawne: Of course she drove, otherwise she'd be throwing up in the back.
Me: True story. 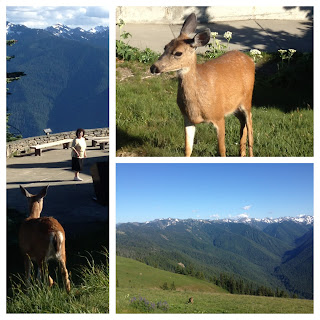 On Sunday, I took the gang to church.

Priest: A young gentleman asked me where I came from today.  I was going to tell him "God, of course" but then decided to tell him the more literal answer, "Jurassic Park."  I kinda wish this guy would be a regular because after hearing him speak, I immediately started trying to be a better person.

Frita: How's life going?
Zach: I didn't expect to be so busy - I work two days a week now! 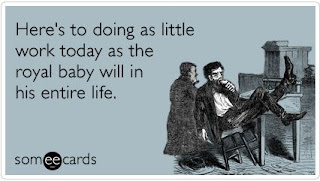 Me: I'm starting this T25 beach body thing next week.  25 minutes a day for 5 weeks.
Frita: Isn't that called Lent?

K I'm going to try to work on catching up.  I hope you all had a great week and I promise to start being a better, more attentive, friend & family member to you real soon.

Posted by skcorynaffit at 11:06 AM