I'll Get You For This

We had the pleasure of both Nate and Matty's company last week - all we were missing was Diana for a reunion circa 2004.  Our Monday night, we were having dinner and we started pulling out our apple devices, racing and looking things up.

Lucas: I forgot about clever bot; now that I've remembered I'm going to be so much happier.
Matty:  All of these ads are for depressed people.  Oh wait, maybe that's from my searches.
Me: Awk...ward. 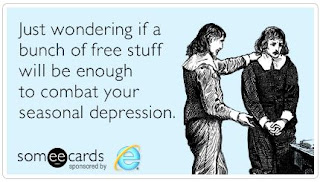 Lucas: Let's watch the Italian Job!
Me: Yes! Let's!
Dawne: We can't watch it down here.  It's miserable to be in these chairs.
Lucas: Our vocabulary has lost all meaning. 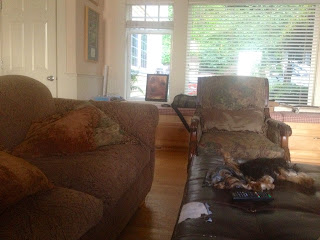 Me: Hi! Where are you?
Frita: We're in Carny - I think, we're in Nebraska. I'm at a gas station and I had to pay for gas inside with cash. Earlier, I fell asleep for an hour and when I woke up it looked exactly the same.  Here's your mom.

Listen guys, every once in a while I make a note of something and then I cannot remember what it is in reference to.  In this case, not knowing the context has delayed this email until now, and I can't let the details hold me back.  I was 99% sure that Nate said this, but he can't keep track of all the witty things he says so I'll just leave this here....

"I'll even push you down so you scrape your knee. Oh you want a band aid? Happy to help!"

Lucas and Dawne said this at two different times, unaware of the other's comment:  Apparently, Percy is Jesus.  He can walk on water.  Here's a visual of Percy on the pool cover (pssst don't tell Jordan.) 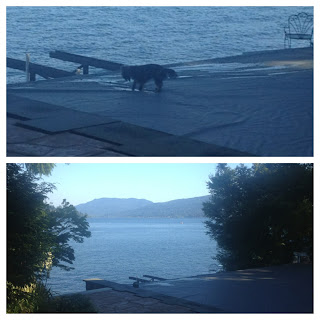 We were trying out Zach's new game over some snacks.
Lucas: It's food of my people time. 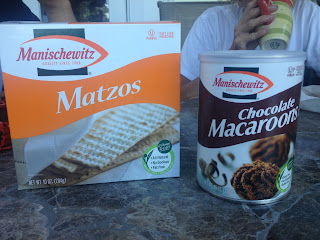 But then we realized the Matzo didn't have any salt on it.  My solution was to lick the Matzo then sprinkle salt.
Lucas: It's envelope time.  It's like sending a beautiful love letter to my tummy.

Zach was telling us about this Budweiser lawsuit with a town in Europe called Budwieser and the company.  After he finished this, he went into telling us another lawsuit story about Vodka.  The only comment any of us had for Zach's knowledge came from his brother Nate:  Did you just try to make the argument that 100 year old lawsuits are not that rare?

On Thursday, Zach and Matty helped me get the Keg from the Malt and Vine.  As we were passing by the retirement home that was closed for construction Matty said, " Oh did they all die? Did they just say 'No new people, we're waiting for all of these people to die so that we can remodel.' "

After we picked up the Keg, we stopped for coffee, which I bought, in thanks for helping me with manual labor and all.  Matty's response? "I'll get you for this." 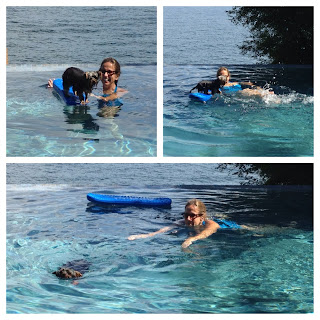 We had our annual party on the fourth.  Percy had an amazing time... and so did Fynn, AKA, BATMAN.  :) 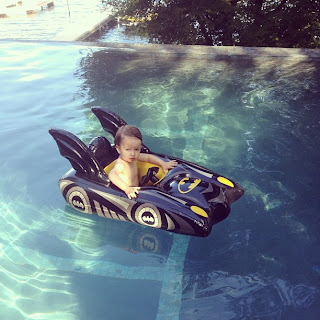 On Friday, after cleaning up the party, and then work, I headed out to Friday Harbor for Dr. Rach's bachelorette party.  Before I left to catch the ferry, Matty said, "Hypothetically speaking, how would I watch another episode of moonshiners?"  Right, hypothetically.  :)

By the time I met the other ladies at the house, I already felt like I was missing some of the inside jokes from earlier in the day which put me behind in "Loaded Questions" (although to be honest I think my humor is too clean to ever win that game.)  For example, one answer to the questions, "Things you shouldn't do on a date" was "rape them."  During dinner, when there was a lull in the conversation, Laina helpfully supplied, "I guess it's time to talk about my dead Dad."  My only contribution was to disclose that while waiting for the ferry I was working on fake smile (so I would look better in pictures.)  I tries to show everyone, but the real smile kept coming out.  And that's why I’ll never look good in Photos. 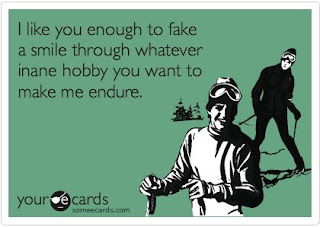 On Saturday, we all went to go Kayaking.  Unfortunately, the water was too much for Laina's neck, so we both went back to show for some lunch and adult beverages (you can imagine how heartbroken I was to have to do the alternative activity.)  Before we turned back, Laina was telling us about how when her mother was at the doctor, after having a procedure for skin cancer, the doctor reviewed all of the standard warnings, including "keeping the area out of the sun." Laina's mother's response was, "It's my vagina! It's never seen the sun!"  Of course, Laina said this story as we were passing this older gentleman fixing his boat.  To his credit, he refrained from commenting on the story.  We also learned that Laina's cousin goes over to her mom's house every week to help with odds and ends around the house.  On one of these occasions, Laina's mom said, "Can you help me buy a new Bra?  I need another one of these" and then proceeded to lift up her shirt and show the cousin exactly what she needed. 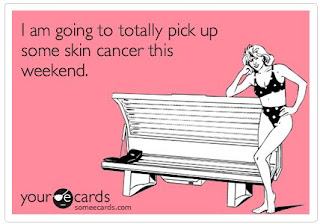 Rachel and her sister Stephanie were telling us about their Italian grandmother.  Apparently she has a tendency to call people Charlie when she doesn't like their real names.  They had a fish called "Qubert."  No-No said "I call you Charlie."  She would pick Charlie up in her hand and pet him saying, "He like. He like."  Sometimes she would tap on the glass and when she did not receive a proper response, she would say, "You-a estupid fish." Sadly, she was very upset when she accidentally cooked the fish by refilling the tank using hot water.  :(

I've told you, previously (http://www.sweetandsarcastic.com/2011/04/hindsight-hilarity.html) that Dr. Rach has multiple "Butt Cheek" stories.  She was telling another PT doctor, Lauren, about her butt cheek method, to which Lauren said, "I'm doing this, this week."
Shana: Apparently, she's doing it whether or not they need it.  "My elbow hurts." "I have just the thing!"

Finally, on Sunday morning, we were sitting down for breakfast, when Shana said, "I'm really glad that you're marrying Anders, Rachel...because you squeeze the toothpaste from the middle of the tube." 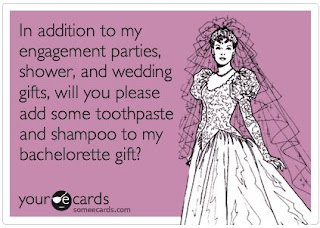 I'll try to catch up with what happened last week sometime this week... maybe. :)  Hope all is well!