Last week was a whirlwind.  I returned from Disney on Tuesday morning and headed directly into work for some catch up and meetings.  I came home to find two Germans and Canadian in the house who desperately longed for some dumplings.  At 8PM on a Tuesday night, we waited over an hour to get into this dumpling place - but the wait was totally worth it.  These things were D-Lish, but I was so sleepy, I had to leave a little early and ask Dawne to drive home.  Kathi went up to Canada with her sister and Cori's boyfriend.  In the meantime, I had a summit at work and then had a bunch of catch up post 1-day vacation and summiting. On Friday, I worked a bit at PAX, more meetings and more catch up.  Meanwhile, Kathi took a bus back from Canada - a bus that got caught up in customs and also got a flat tire.  By the time she got back to the house, it was definitely "Beer-thirty."  We took some time to catch up on the deck - which was lovely. 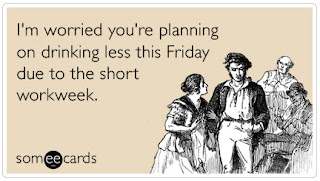 Saturday, the fam went to PAX, and I honestly can't remember what I did.  Oh wait! No, that’s not true.  I unpacked more, uncovering an unopened xbox that I had bought in December, and decided to hook it up to the TV in the brown house.  Naturally, Xbox Live didn't cooperate, so I took a nap.  I woke up to texts from Becky, so she came over and we went in the pool. 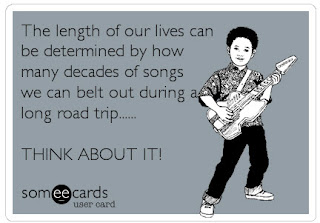 On Sunday, we woke up bright and early to caravan it to the Ferry on our way to the Olympic Peninsula.  I was promised the rainforest and a drive in movie theater.  We did neither of these things.  What is it about the OP that every time I go, we underestimate how big this place is and end up not getting to the rainforest?

Zach: I just listened to a German comedian.
Kathi: There is such a thing?
Zach: He just says facts.

We drove to Callum Bay and grabbed some lunch.  Kathi & Zach were in my car. 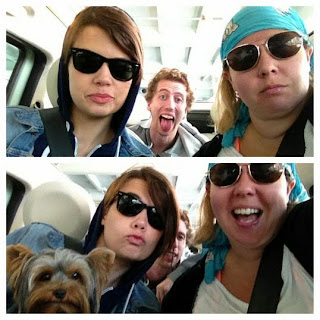 Me: What music were you guys listening to?  We were all about 90's on 9 & Margaritaville.
Ranen: Ugh, I hate Jimmy Buffet.
Jordan: But his songs have everything! From Cheeseburgers to Let's Get Drunk and Screw! What more could you want out of a singer?
Ranen said a bunch of derogatory and negative things about Mr. Buffet that I can even remember.
Jordan: He also has his own beer.  I'm pretty sure if you drink Landshark, you sweat SPF so you don't have to worry about getting sunburned.
Ranen said some additional mumblings.
Nate: As long as you admit that you're wrong, you can keep your opinion.

There was some talk about PAX as well.
Lucas: We met a guy who told us that his game was revolutionary, educational, patent pending, would change the way you think about games.  It's just not that fun, yet.

Following lunch, we went for a tiny hike to the western most part of the continental US.  Saw some caves and pretty sites.  I took a picture of us all taking pictures of the sites, because I'm weird. 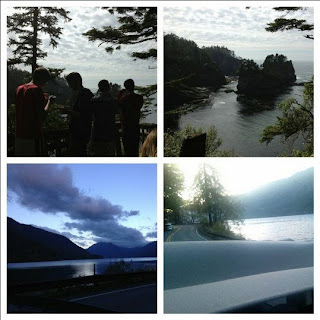 After that, we headed to the hot springs, which, as you might remember my experience in the Szechenyi Baths, I wasn't going to even pretend that I wanted to experience the hot springs.  While that was happening, Zach and I took a much appreciated nap.  We had reservations at Crescent Bay for dinner so we headed back in that direction.  As were waiting for our table, I informed Lucas that Kathi and I discovered "The Blend" station, which was fascinatingly awesome.  Here are some highlights from dinner.

Lucas: I want to be able to see the sunset and sunrise from my house.  The new plan is to make a house out of glass with a sign that says, "Don’t throw stones," in case people aren't aware of the popular idiom. 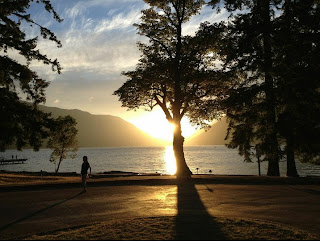 Lucas: Can you call a pay phone?
Nate: Don't you know what dad did with the “I live bees” campaign?
Lucas: Well, now I do.

Lucas: Tiffany! If we wear a jacket, we can see the stars tonight!
Me: I'm pretty sure they'll be there if we don't wear a jacket... but yes, we can put the top down on the car on the way to the hotel.

It was pretty cool that the dogs were allowed at the hotel.  It was even cooler that Dawne and Jordan got up really early and picked up Starbucks and breakfast before we got on our way to the ferry.  We were up on the top deck of the ferry, admiring the view and reminiscing.

Lucas: Remember when Nate used to have to me stand against a wall and he'd say, "Stand here while I throw this at you."
Nater: I was trying to teach you how to play dodge ball.
Lucas:  I think both people have balls in dodge ball.

There had been a discussion earlier in the trip about fog, clouds, and whether or not clouds could be lower than mountains.  Lucas found an example of a cloud below the tip of a mountain and pointed it out to Zach saying, "Do you see that cloud? That's where the gods live."

When we got back on Sunday, it was gorgeous, so Kathi and I decided to make the most of our last day of summer with some pool and reading time.  And of course, Percy also needed to swim.  He basically jumps in the pool, swims to the stairs, splashes, gets out, and then repeated the process for a ridiculously long time.

This doesn’t really have anything to do with anything, but it’s too adorable not to share.  Here’s Evivova’s baby Fred, wearing the onsie I got him.  I’m not sure he’s ready for his future profession. 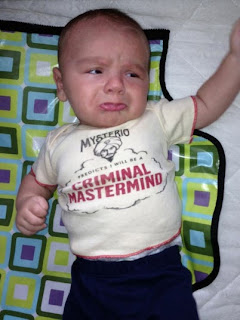 And lastly, for Matty, I need to submit a correction to last week's tales.  Matty was watching Expendables 2 (not the original.)  I'm glad we cleared that up.


Posted by skcorynaffit at 3:16 PM