Christy, my co-worker, had some technical difficulties at work.  IT sent a company wide email having us update our systems so that we could have access to what we needed.  Seemed simple enough, only half way through trying to do this update, I got so frustrated I put a google case on my iphone.  About a week later, Christy was going through the same process, 6 weeks before she was leaving to have a baby.
Christy: That's it.  I'm just going to quit early.
Me: OR you could email IT.

Her email basically consisted of telling IT that she considered just quitting, but I had forced to her to at least try to fix it.  Her threat must of worked because I got an email a couple of hours later that read, "Bummer.  Got the connection fixed so I won’t be quitting early…….  :P"

I went to Trivia with Dr Rach and Anders, which was enjoyable as always.  I answered one question correctly, so yay me.  One part of trivia was having 5 minutes to identify as many US flags as possible.  We nailed 8 of them - yeah buddy!
Rach: Ask Tiffany, she should know what LAN stands for.
Me: Why would I know that?
Rach: Didn't you have a LAN party?
Me: Oh, yes, I did do that.

On our way back from lunch, Christy and I spotted a cop driving on their cell: 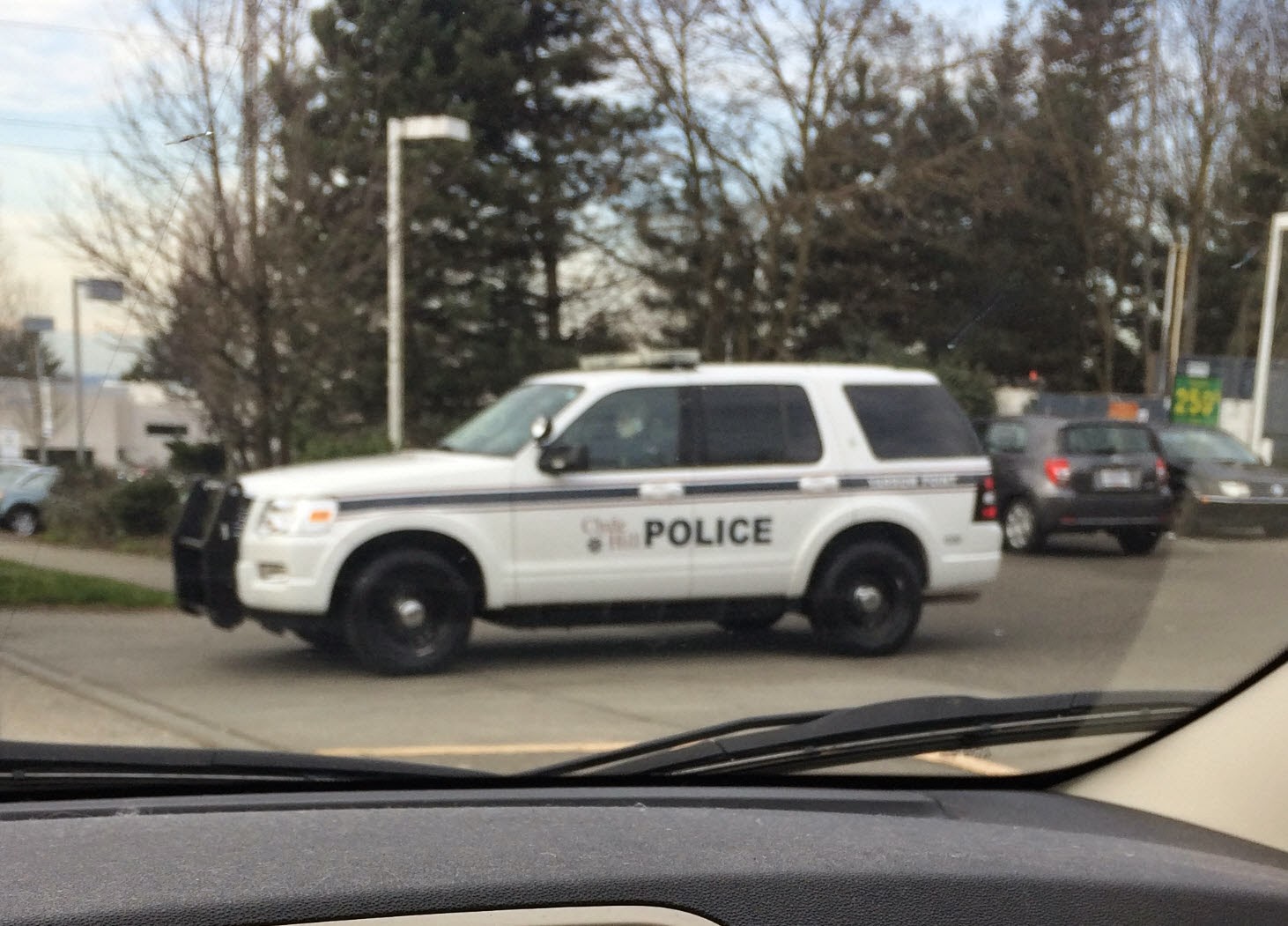 Got up early and walked with Becky on one of the coldest mornings we've had.  In fact, I think I called my mom and complained about how I had to put a sweatshirt on this week, and I'm still surprised that she didn't hang up on me.  I was just as surprised that Becky showed up with a frozen beverage. 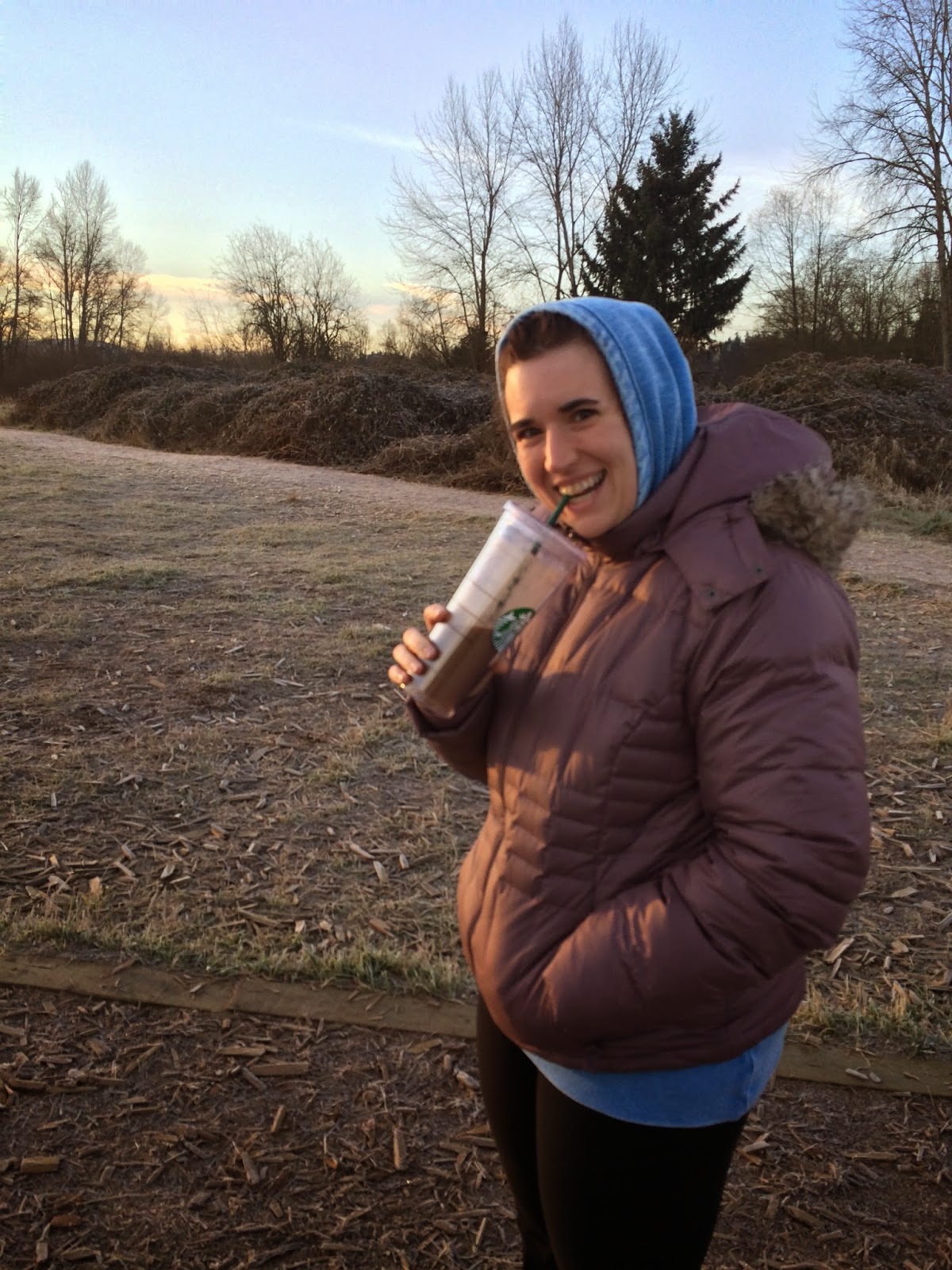 My co-worker James was telling me that he went to the movies the other day and in walks in 4 people with many bags, and they start chatting away and eating from their bags of grub.  In fact one finished an entire bag of chips, then flipping it inside out and sucking on the inside of the bag.
James: I mean, I get it, salt's great, but come on - not in public.

Then, on Friday, Kelly and I went to Los Angeles.  When we were in the airport, we grabbed some food and adult beverages.  Halfway through my meal, I realized it was Friday in Lent and I had consumed chicken.
Me:  Sorry God, but I did order a quesadilla

Here's a pic of Percy, holding his own bottle of water like a pro: 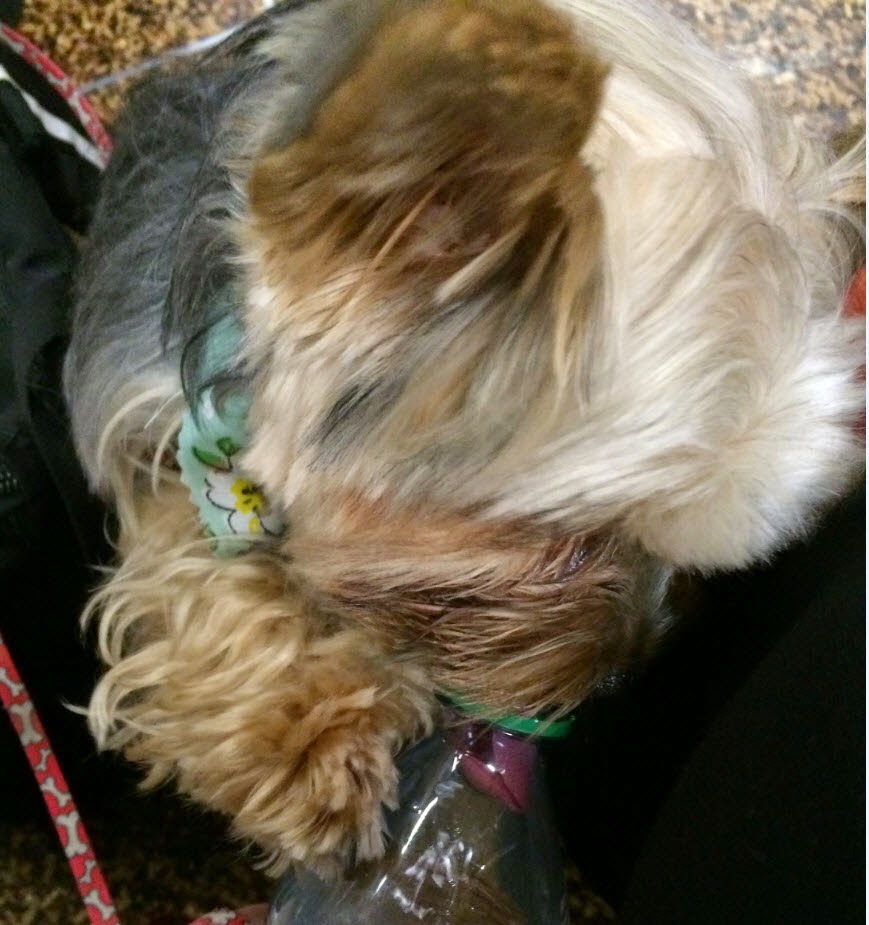 We arrived safely at 11, and proceeded to wait nearly two hours for a rental car.  We did make some fun new friends in line, new friends who were on their way to vegas, and had pot leaves decorating their outfits from socks to shirts. But I saved them 100 dollars on insurance, so they loved us.  While we were waiting in line, I of course checked us into Dollar-Rent-A-Car.

Kelly: I can't believe I have to give them one star.  They deserve no stars.  Look at these reviews - they all start with "terrible, terrible."

When we got through the line finally, and were walking to the car, I tried to cheer Kelly up.
Me: Kelly, you go and pick out any car you want.
That's when we got to our section and found a sea of all white Chevy Sparks.
Me: You can choose the license plate?

That's when we got into the car, saw our friends pull out in their Chevy spark, then come back to switch to Nevada license plates.  And that, is when they noticed that we had a dog with us.

Percy got up wicked early, and shortly after (and probably because we were already up) his mom and uncle got up.  We took the pups for a walk right before Dawne got a puppy sandwich. 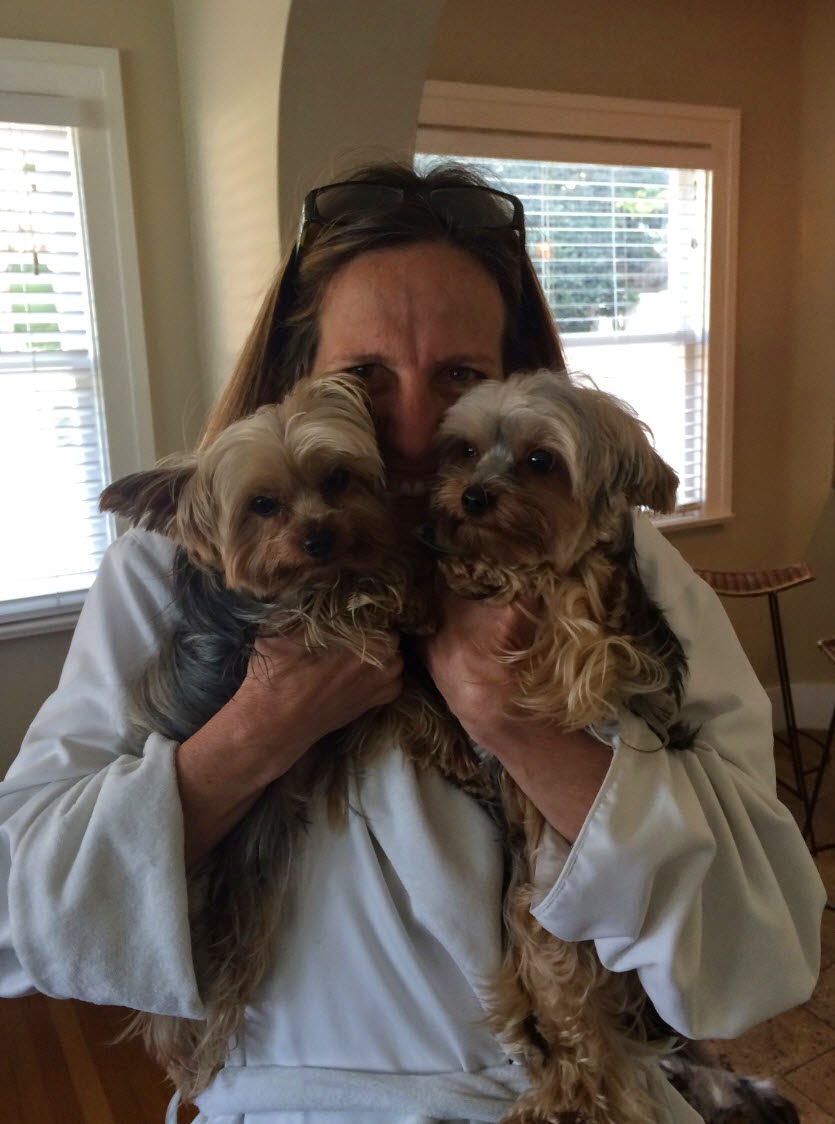 While the fam was getting ready, Dawne and I drove the pups off at daycare so we could go to DISNEYLAND!! Don't worry, I brought my fisheye lens. 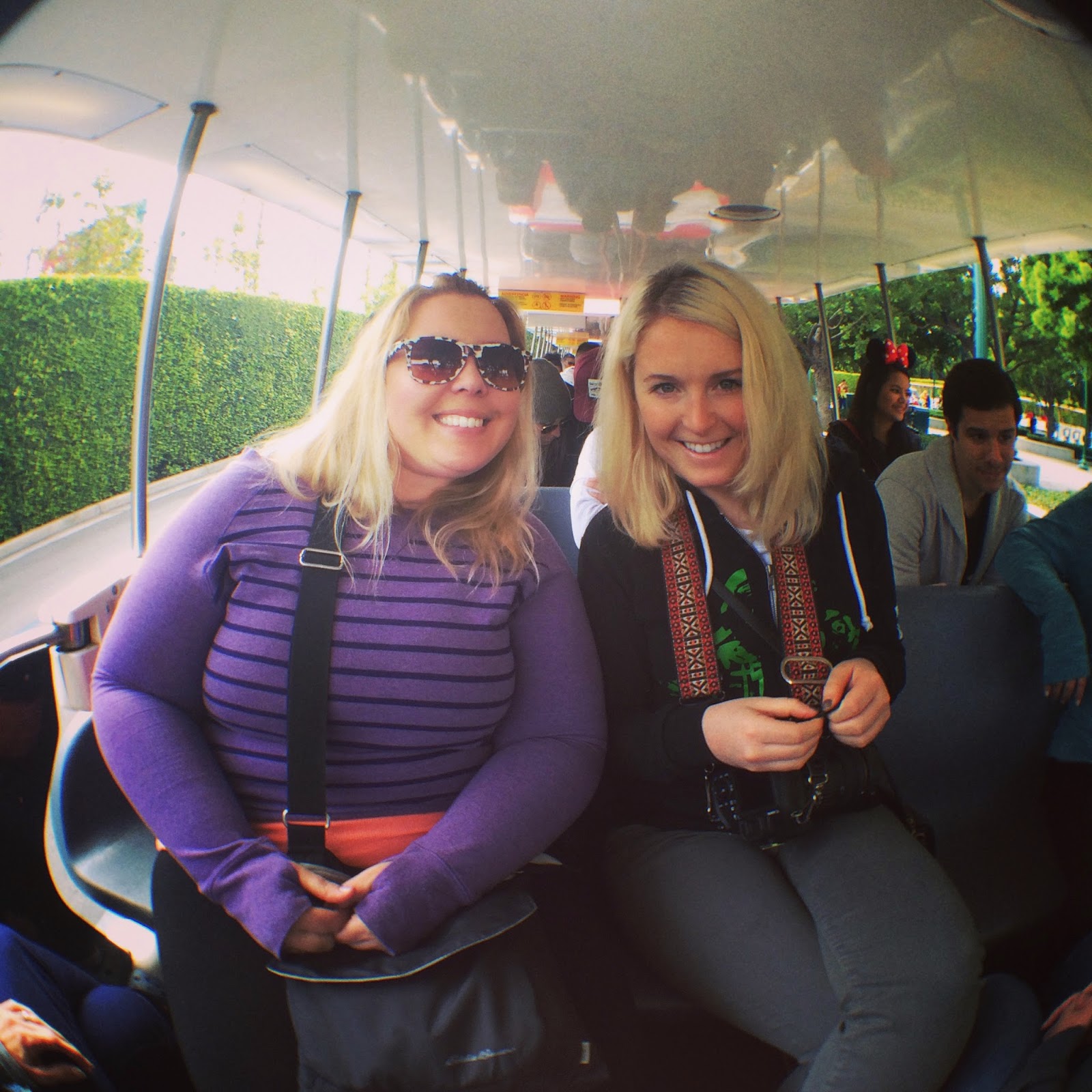 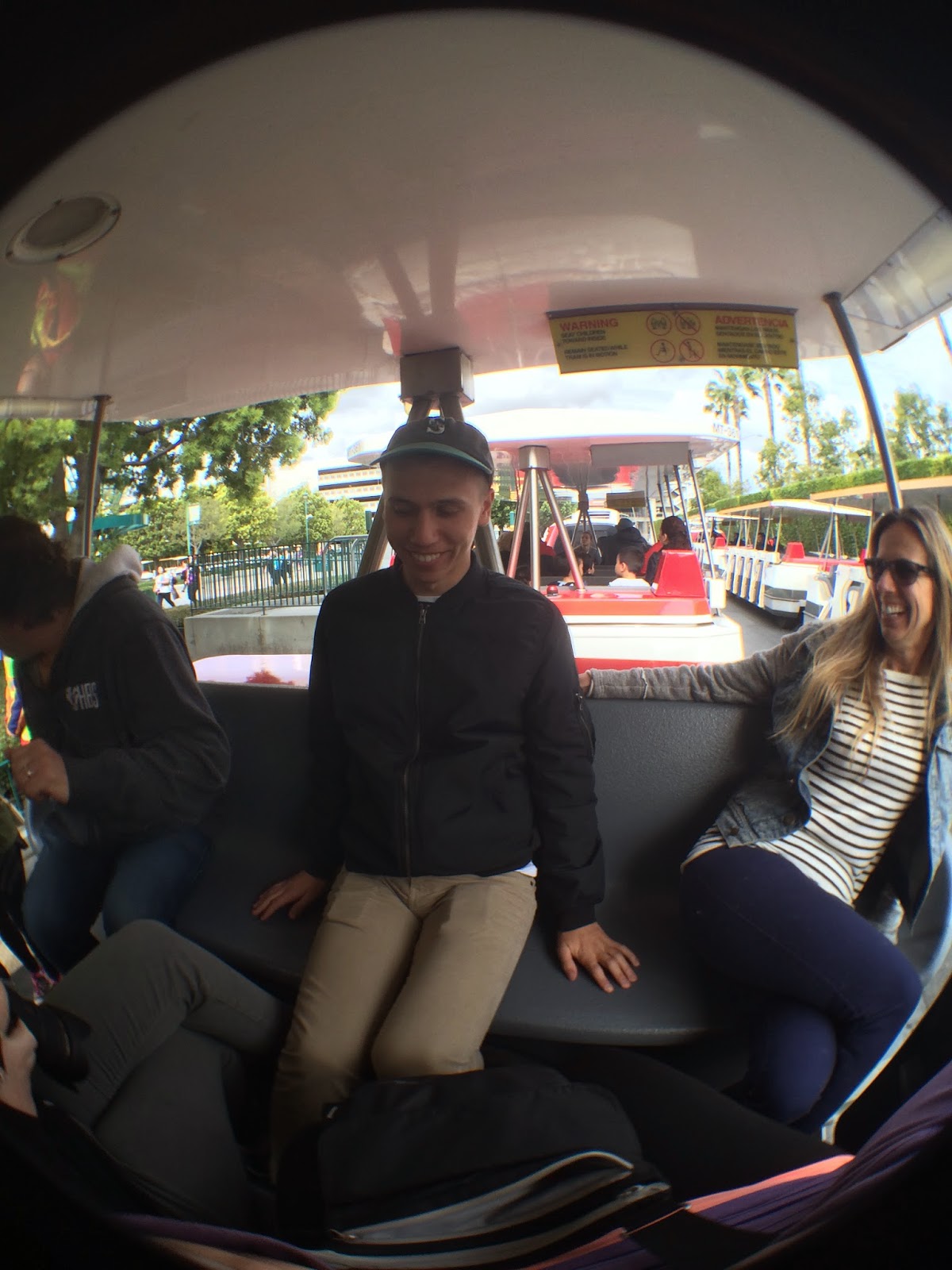 Kelly: Should I bring a coat?
Me: I don't need a coat, I have money - are you bringing a coat?
Dawne: No, I'll just buy something if we get cold.
Me: 1% lifestyle.

As soon we entered the park
Lucas: Can we get food? I feel like my energy level is low.
Kelly: I just gave you two mentos.

After lunch, we went on the Haunted Mansion.
Kelly: Are you eating chips?
Lucas: Yup.  You want some?

Next stop was Pirates of the Caribbean.
Lucas: Trench coat, yeah.
Me: I don't think it's a good idea around this many kids, though.

Kelly: Dumbo ride is my favorite.
Lucas: You're the dumbo
Jordan: What did you say to her?
Lucas: I said she was a dumbo... In that she's a lovely character.
Me: You gotta really want it. 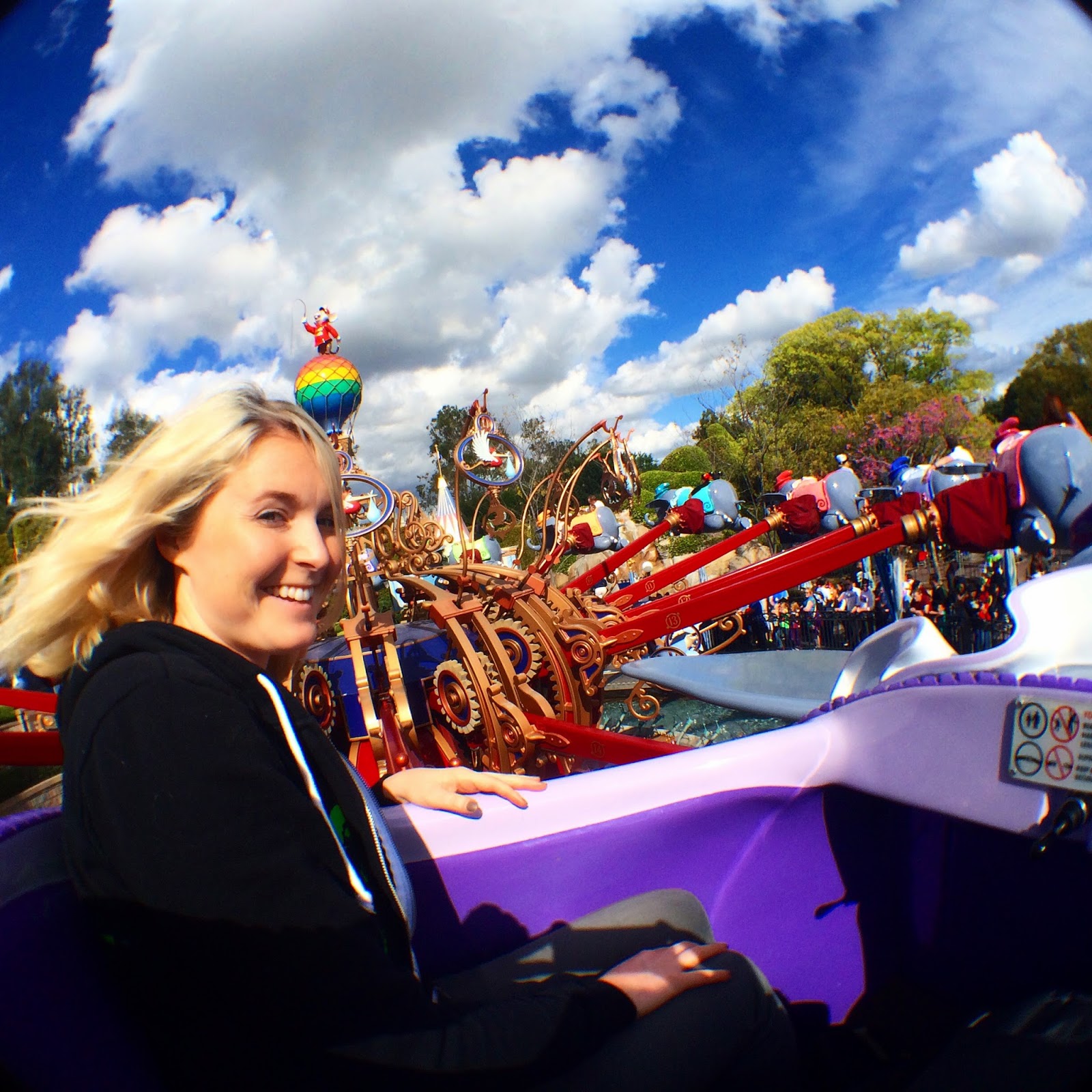 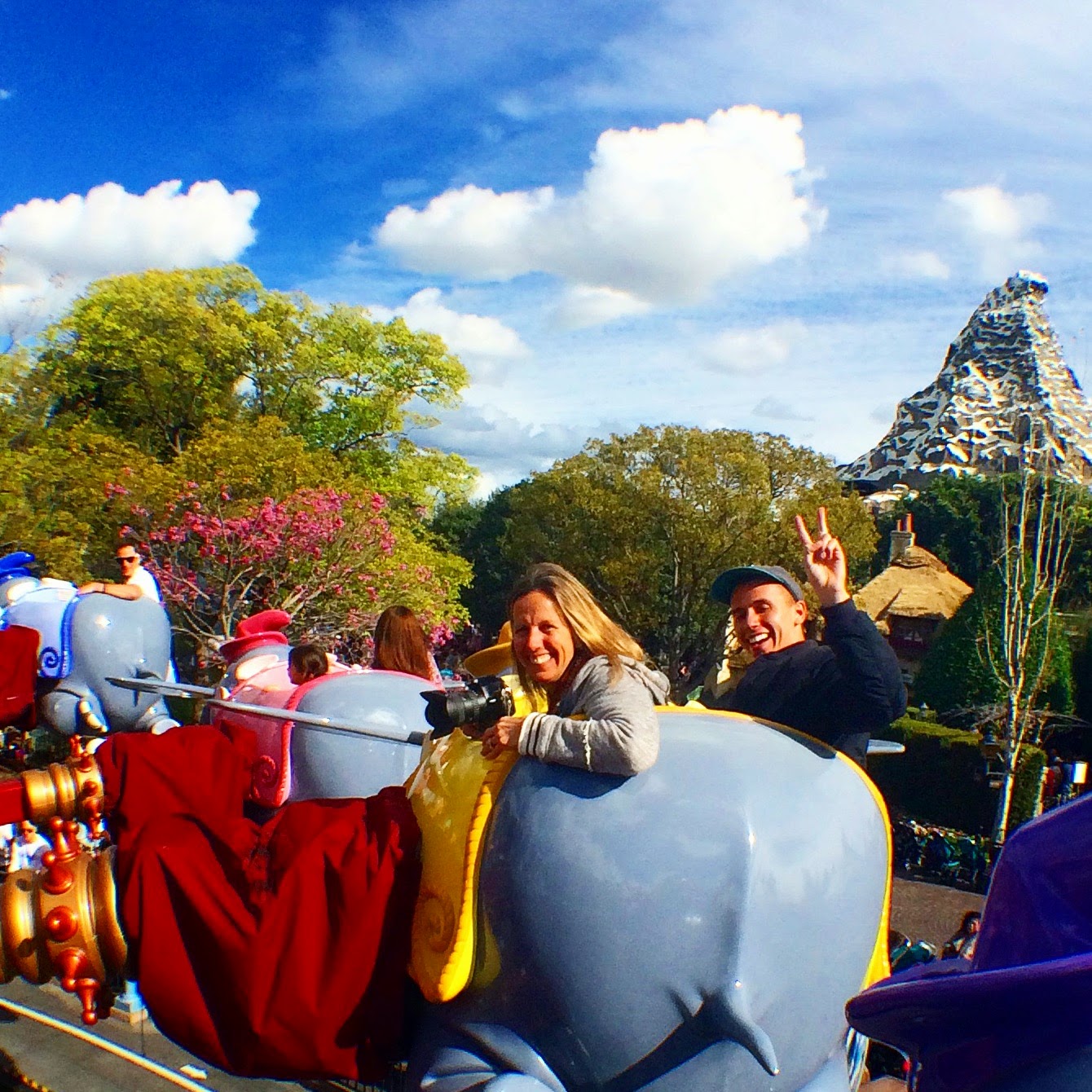 Dawne: Ooh! Look an Olaf balloon!
Me: Kelly, you run over there and steal that balloon for Dawne before the kid who belongs to that stroller returns from the ride.
Jordan: Yeah, it's our job to make this visit to Disney memorable, and stealing his balloon will make it one he'll never forget.

As we were staring the ride...
Me: Did you bring the Bug spray?
Jordan: Shhhh
Water spraying on us...
Lucas: Ah, the sweet taste of mold and chlorine.
Me: Good thing the chips were closed.

After those two rides, we hit up Kelly's fav's: Dumbo, Tea Cups and the Carousel. 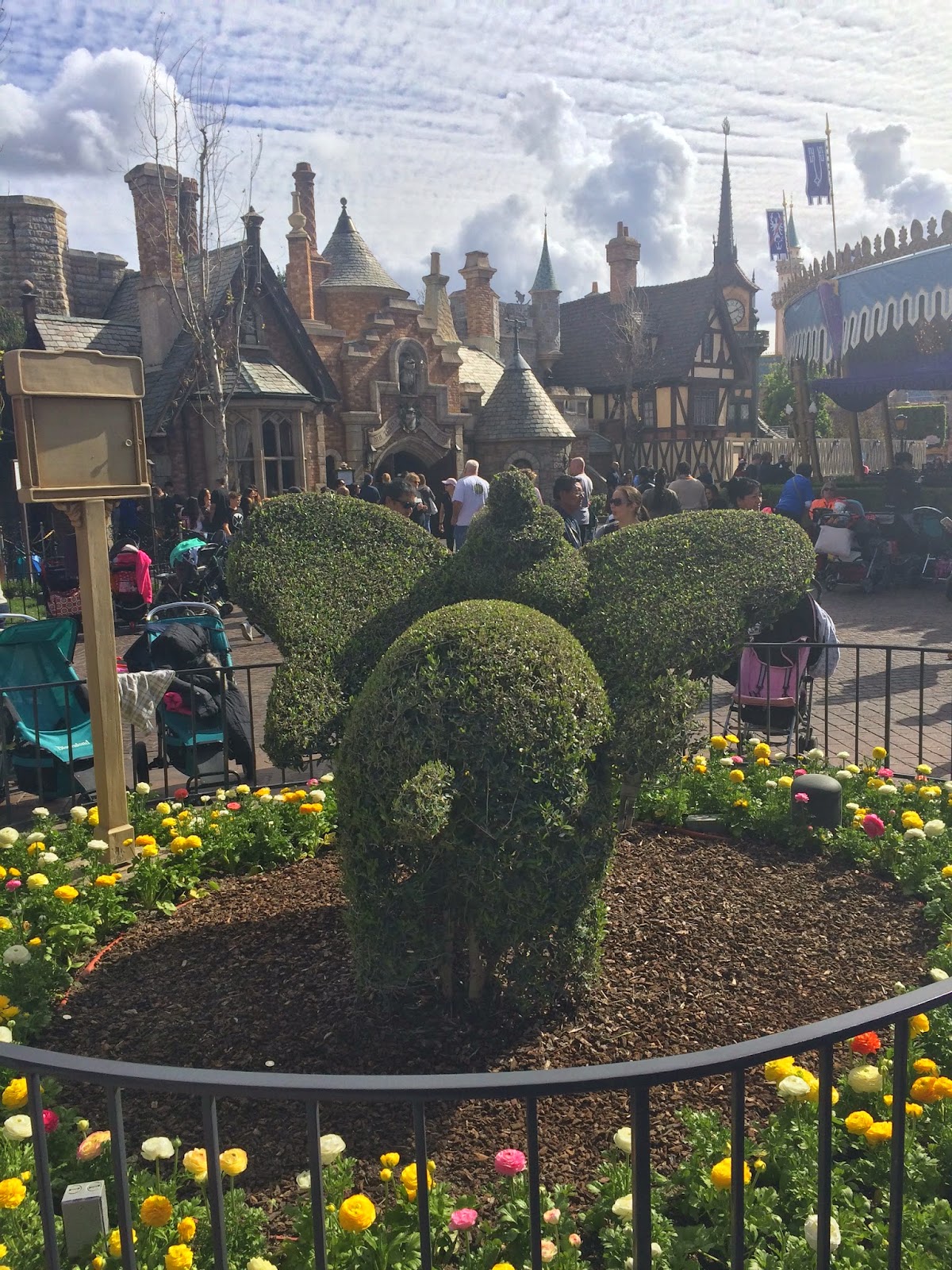 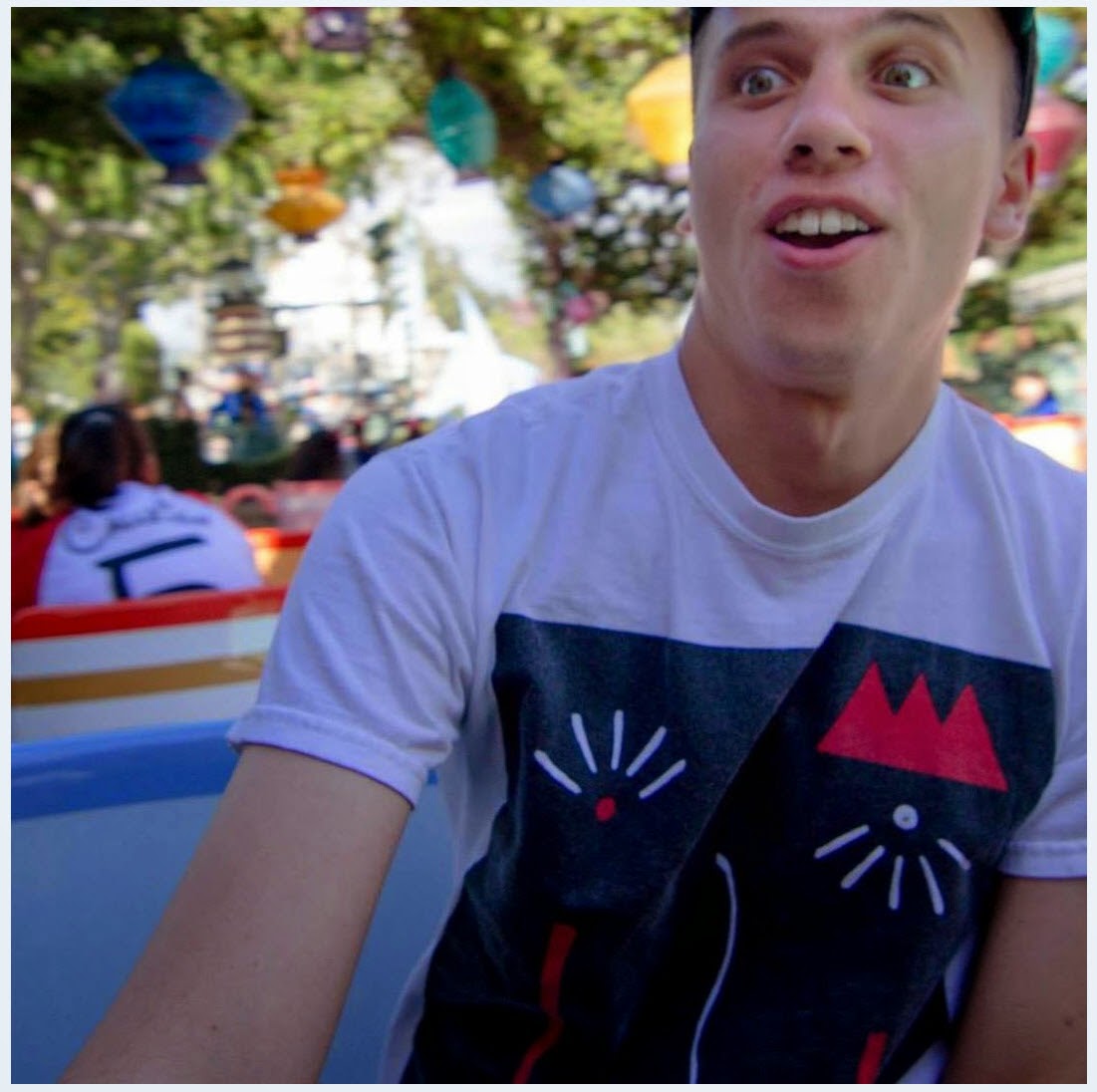 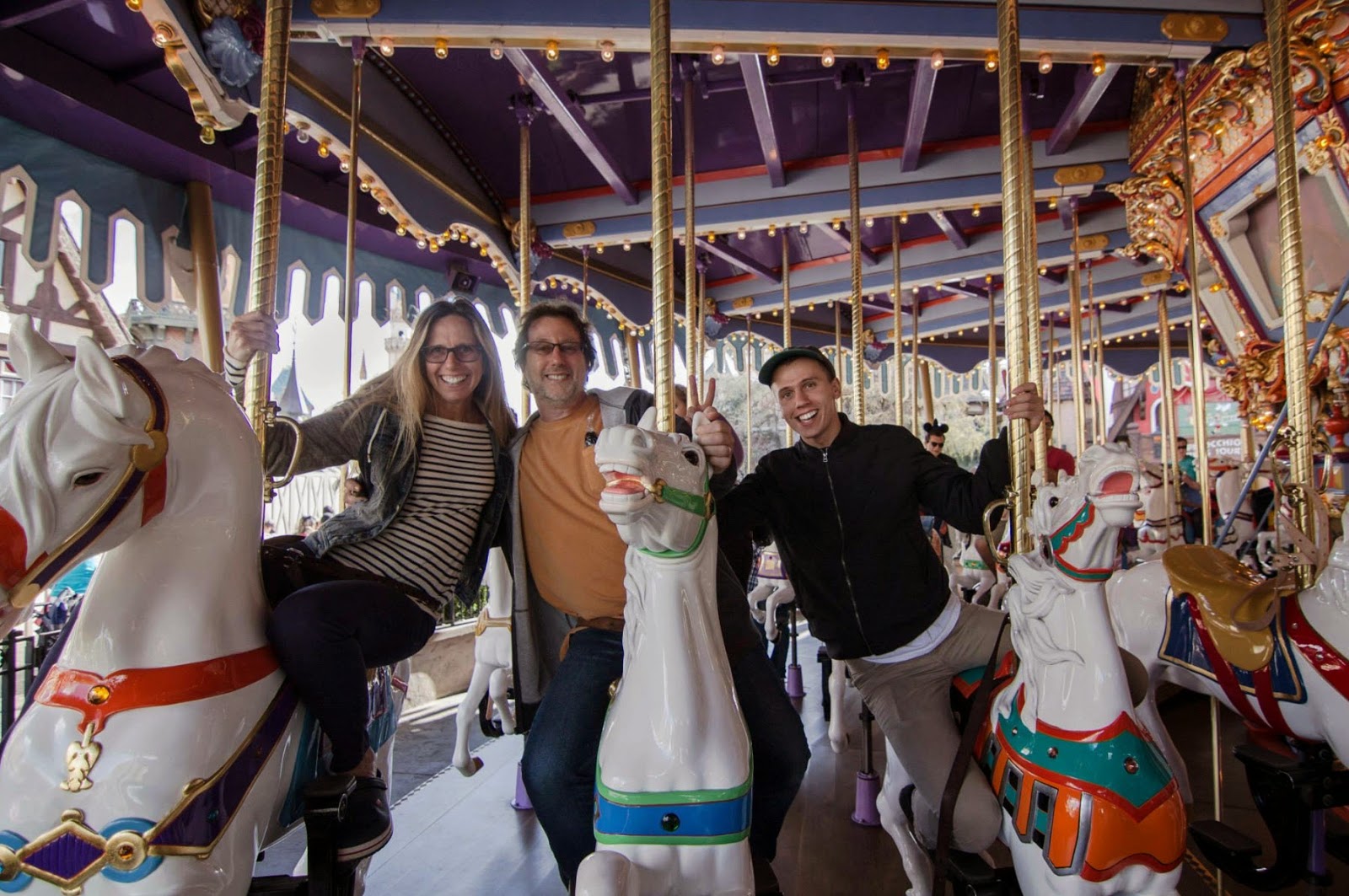 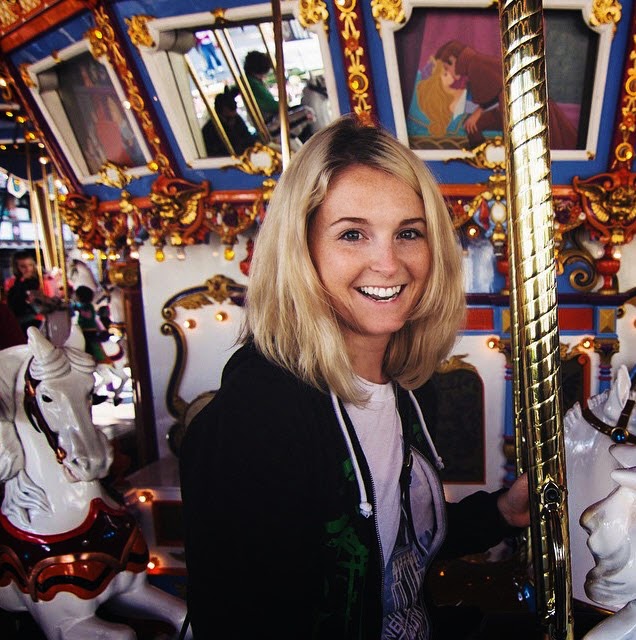 Then we went to California Adventures and had a pretty great time. Played the Ellen game, went on the Tower of Terror, Cars, and Ariel rides - I was so laid back you wouldn't have recognized me.  It only started to sprinkle towards the end of the night.  Oh and for those keeping track at home, we left at 7pm - at least two hours before the fire happened.

The next morning, the pups were up early again, so Dawne and I took them down the street for a walk.  I was pleased to find that, although I hadn't brought my phone with me, I did have a 20 in my pocket - so we got some coffee at a café.    We got back 3 hours later, and made a lot of noise so everyone would get up to play with us.  We met Shane and Cathy in Santa Monica at a little mall area to grab lunch.  I got to meet Baby Stella, and Fynn showed us his table hockey moves.

After we parked:
Me: Don't let Percy out.
(Percy jumps out of the car.)
Lucas: Oh! I thought you said let him out!

This store is called "It's Sugar." 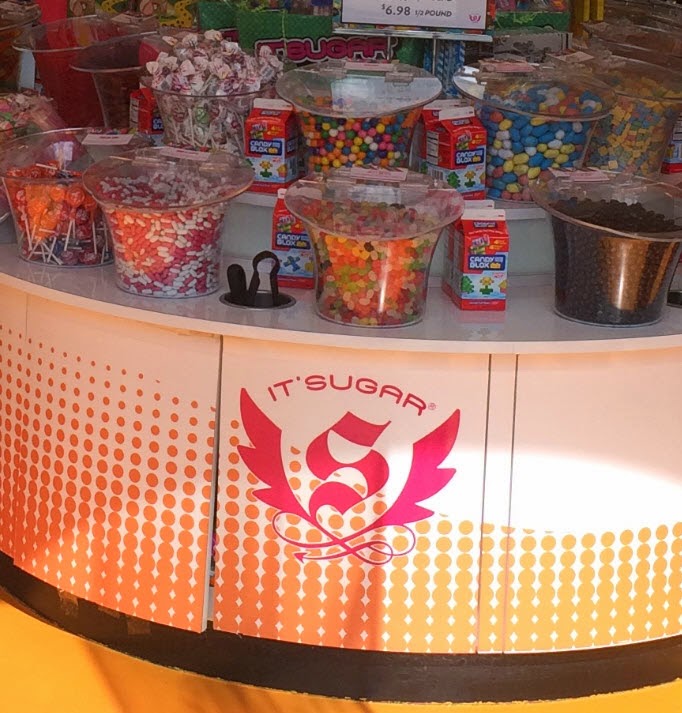 Lucas: Damn you FX.
Me: What?
Lucas: I just really want to watch the Simpsons.

We took some steg shots: 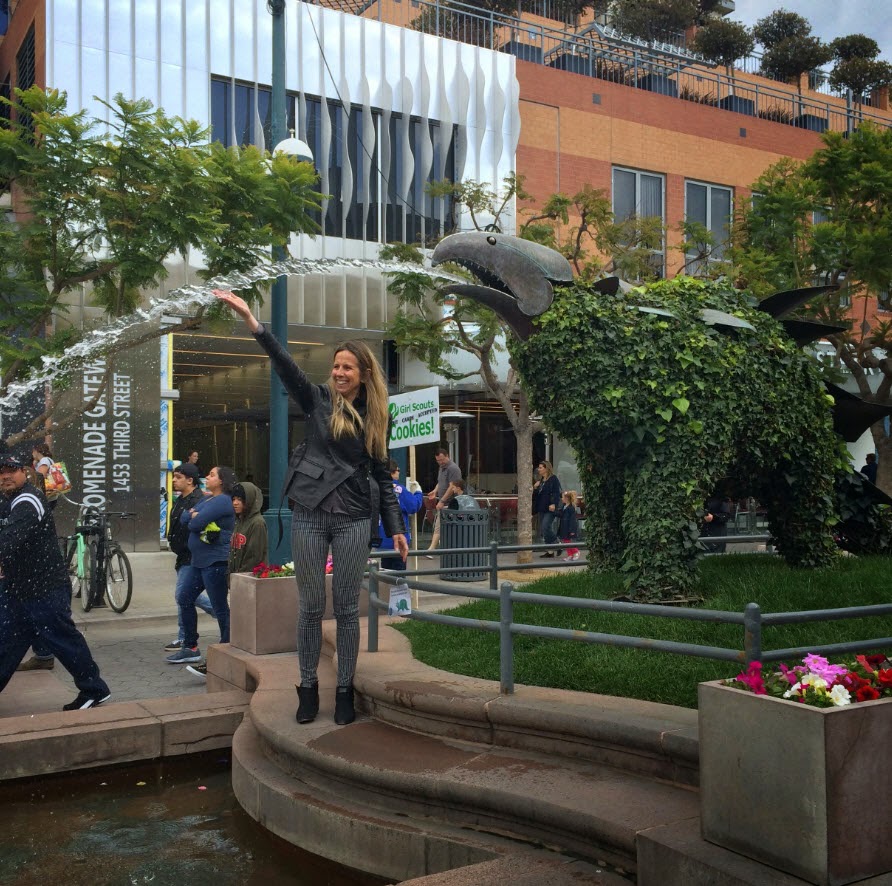 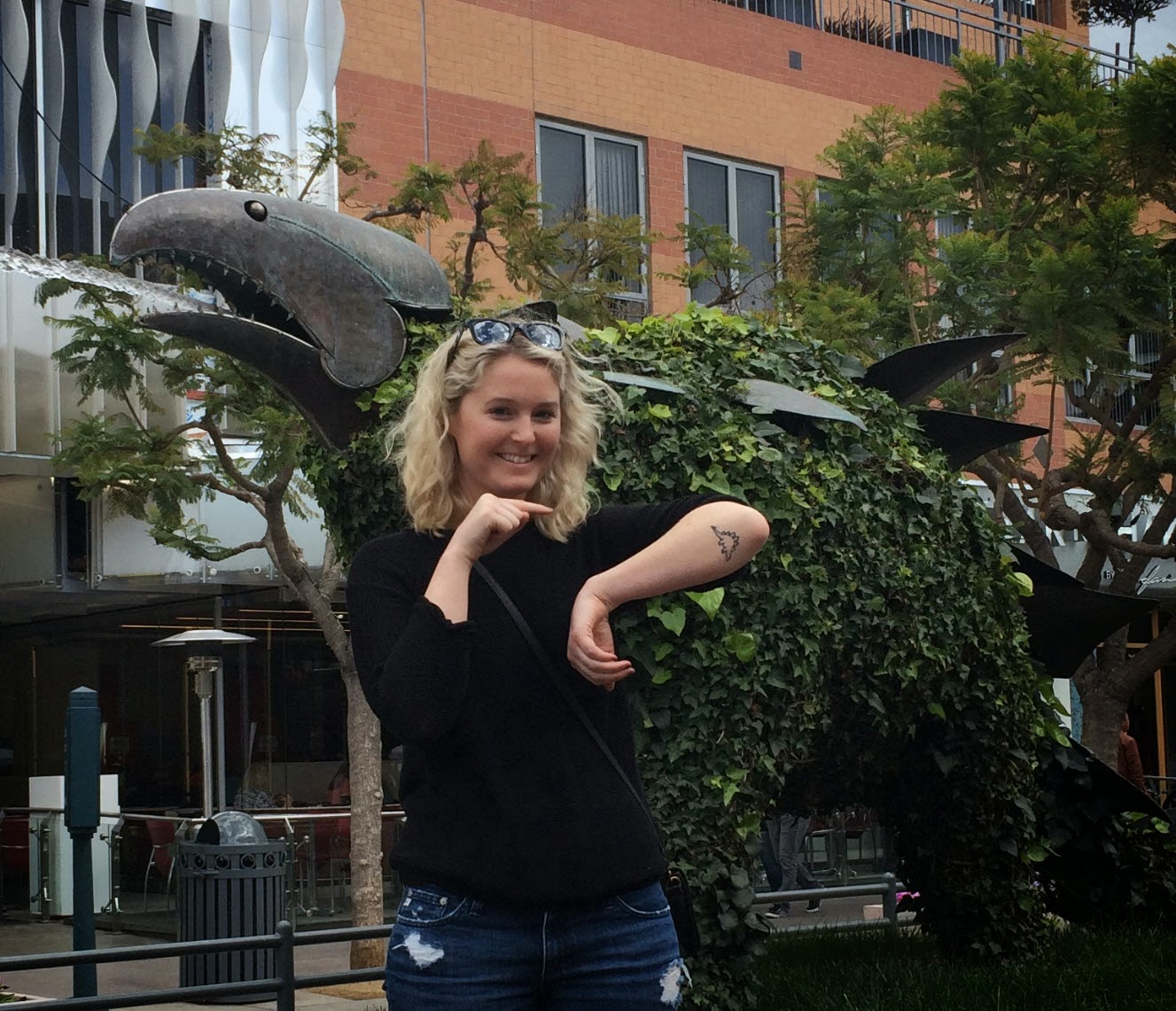 I had brought my "rain coat" that I had gotten at Disney, and Kelly picked one up at Levi.  After we had been shopping some, we got stuck in Super Dry, when it started to downpour.  Oh the irony!   There was literally a flash flood, but because I'm impatient, we decided to go make a run down the two blocks to the car.

Kelly: My jacket isn't waterproof.
Me: Me neither!
Lucas: More like a waterFAIL jacket.

Then we went to Melrose so that Lucas could go to record store, and I managed to catch a 15 min nap.  Then we stopped by the coffee beanery off of rodeo drive.  We tried to meet up with Fred and Jay - but apparently they aren't available on the weekend at the drop of a hat.  Weird.  We meant to go back to Dawne's after that, except, we had heard so much about In and Out burgers, we decided to check it out.  When we arrived, there was a long line at the drive thru, so Kelly ran out to take picture of planes at sunset. 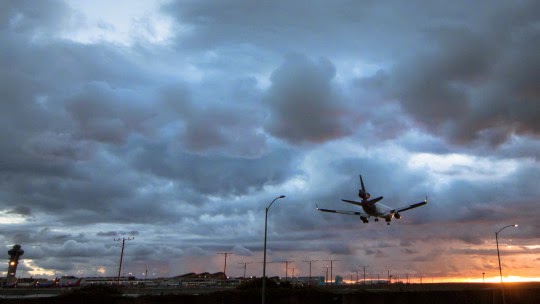 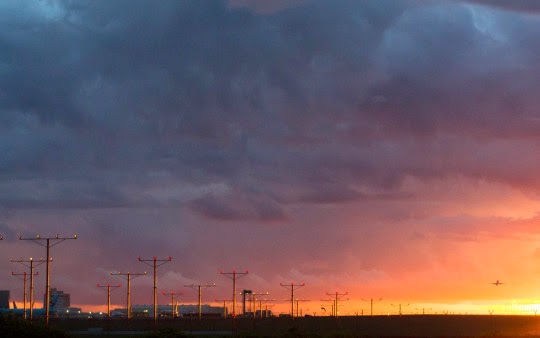 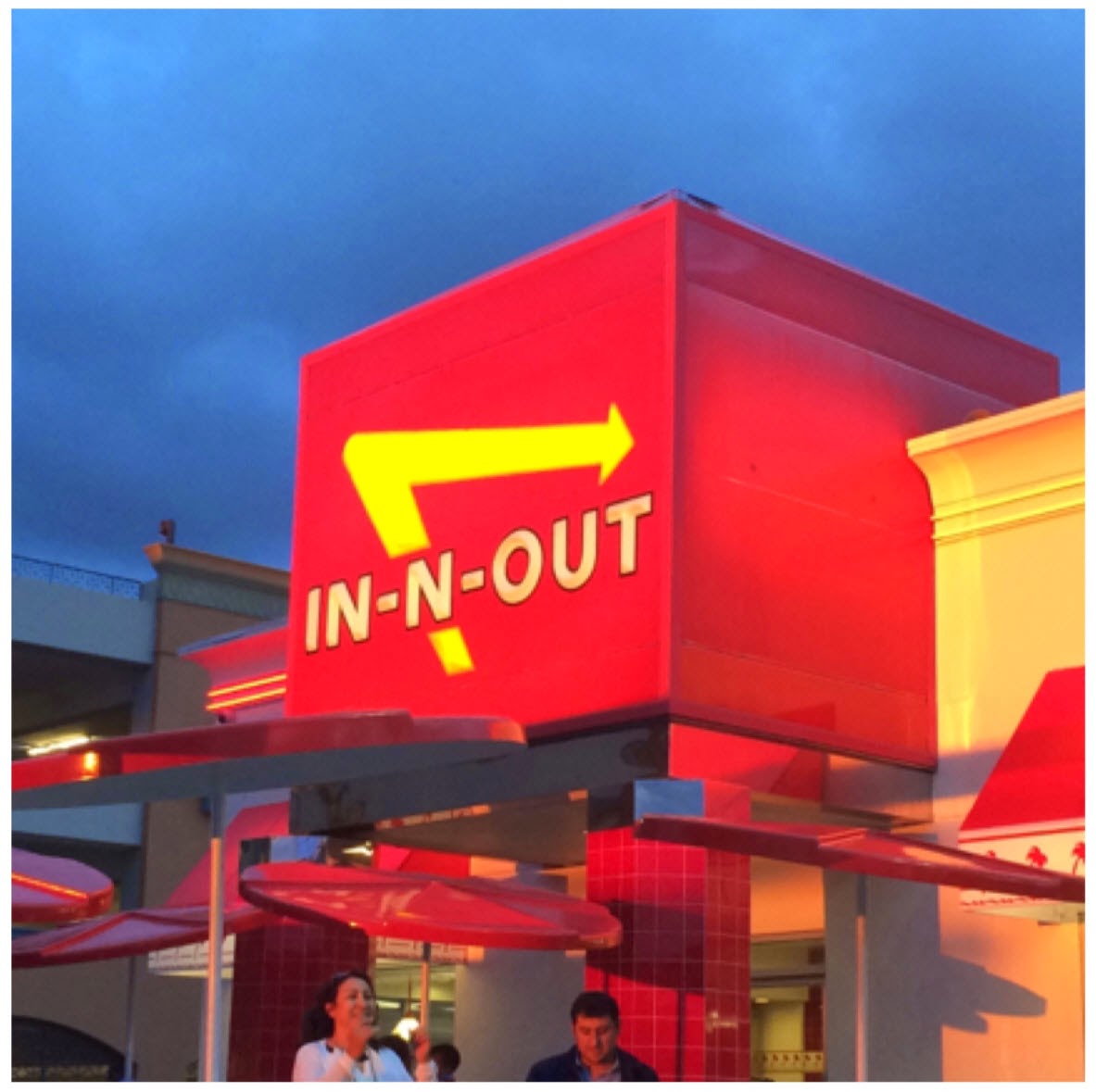 I was not impressed by the In and Out, sorry California.  All that rodeo drive and LA gave us a hankering for some Pretty Woman.  We were really hoping Lucas could stay and watch it with us, but for some reason, his plea of "Can we stay and watch pretty woman?" didn't go over well when Dawne had 3 hours in the car ahead of her to get Lucas back to school.  Weird.

While we were watching Pretty Woman, and drinking very large glasses of wine we picked up at CVS, I noticed a post from BDug, with a note of "Investment." 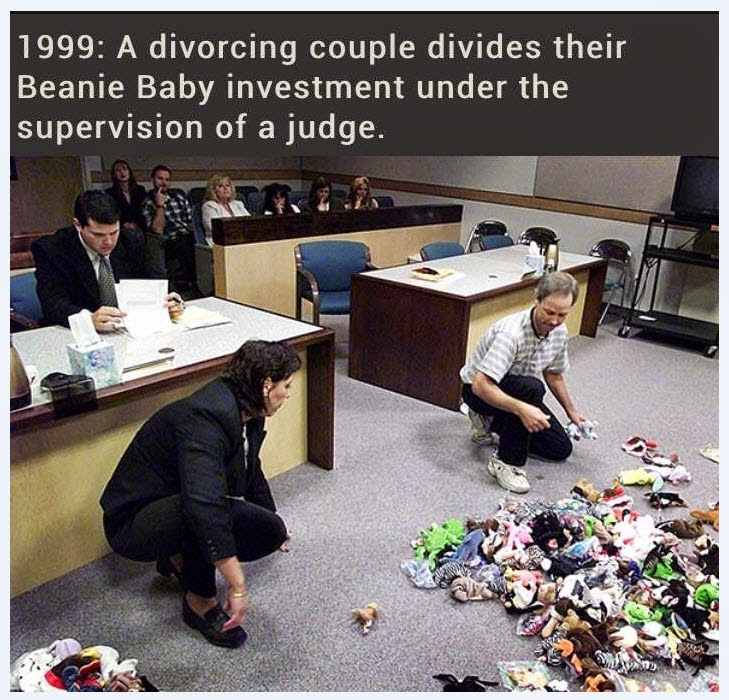 I told him how much we were giggling over the post when he replied: Many a home was foreclosed on when the bubble popped and the bottom dropped out of the Beanie Baby market....

Posted by skcorynaffit at 11:40 PM