Headed to Marymoor with Becky, where we had a beautiful walk and then I dropped Percy off at daycare... and they totally gave him a bath because he was so dirty.  I felt really bad, but then again, I understand needing to clean him before you snuggle with him.  I'm actually not sure how it happened but I totally missed the memo about Mardi Gras and Fat Tuesday, even though Bark Box sent me this obvious reminder.  A reminder that was cool in theory, but since I don't eat things from the sea, neither does my pup, so most of this will be going to Kelly's pup, Piper. 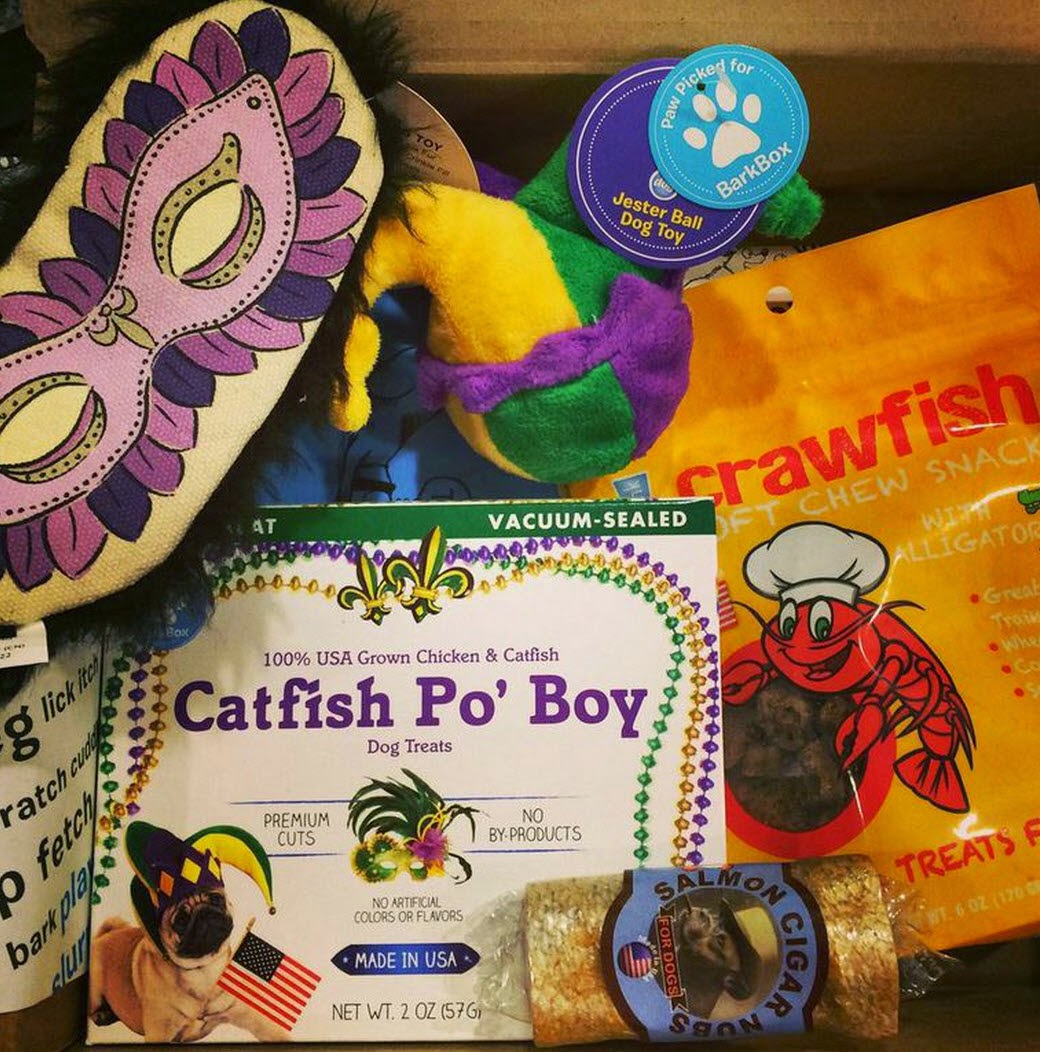 Torey: What’s going on [with your forehead]?
Me: Ashes for Ash Wednesday.
Torey: Oh! Riiiight.  You’re from the east coast.  There are tons of Catholics over there.

Zach: I just cleaned up Nate's party.
Me: That's cool - I just did his dishes.
Zach: Teamwork!

This is how I entertain my pup (or should I say one of them.) Meet the loopie puzzle, and it is one of his favorite things right now. 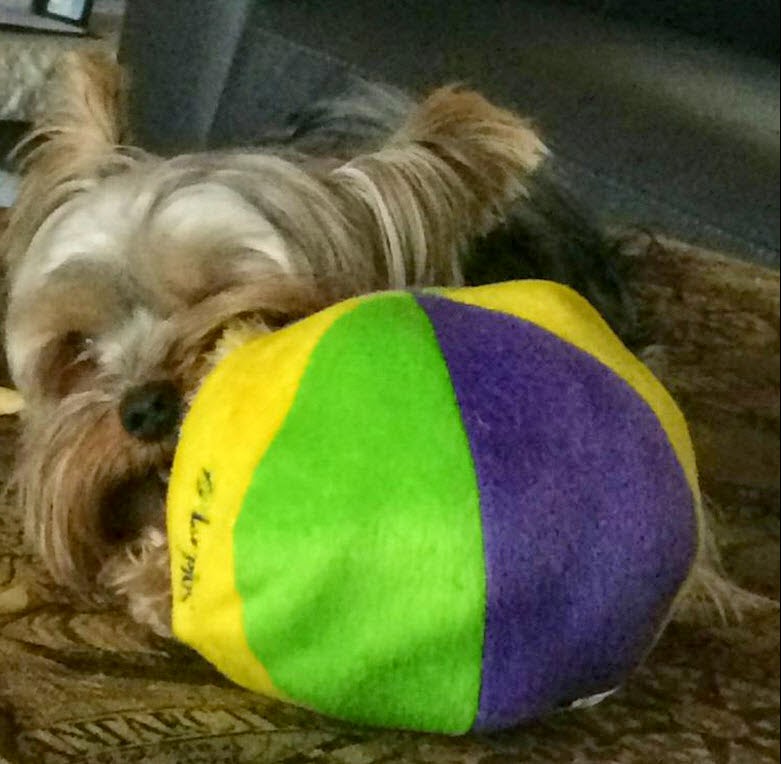 With Kelly's encouragement, I started following "thefatjewish" on Instagram.  He posted this funny picture which Kelly sent to her parents: 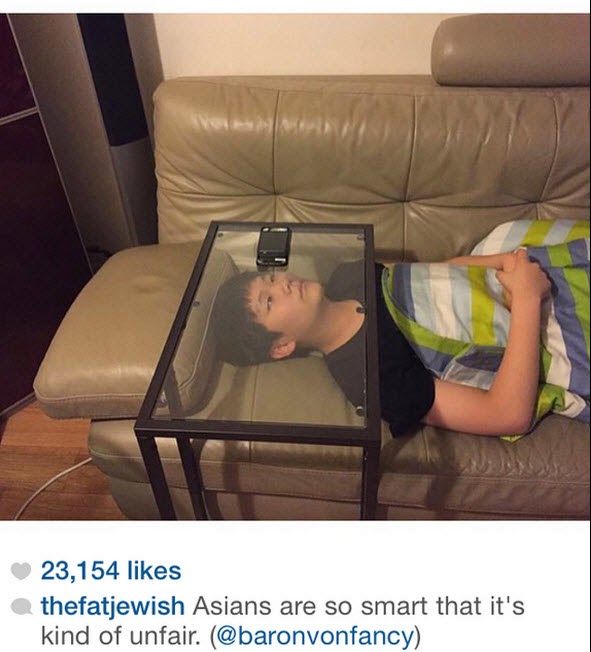 And then her parents send this back with, "Really does work great!" 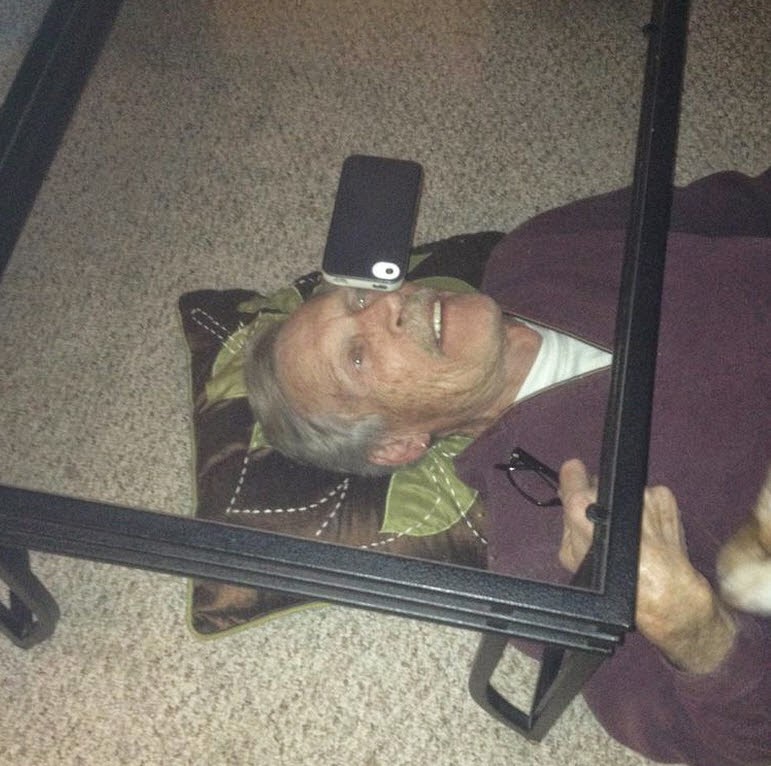 On Thursday, I fell in the shower. The kind of fall that makes you want to throw up above all other reactions. At first, it was all I could do to just sit down in the tub and not get sick.  Then I tried to evaluate the situation, if anything was broken and then I thought about what would I have to do in order to call 911 if I broke my leg, was wet, alone in the house and naked in a shower including - would I be strong enough to pull underwear up over a broken leg, and why or why did I forget to teach Percy how to fetch my phone!

After I managed to get up, realizing I was only bruised, and ever so gingerly showered, dressed and into bed, I texted some friends for sympathy.  My favorite responses, beyond knowing that I was not the only one who had been in this situation were:

Kelly: I would totally come over and help you put your underwear on because I am that kind of friend.
Shana: On a light note a comedian talked about slipping in the shower, falling out of the tub, & hitting the kitty litter box.  When the firemen arrived she was lying on the floor, breaded.

And no, I don't have pictures for this story.

Janette and Neville got me this awesome coffee filter from Vietnam on their honeymoon.  It arrived last week, with some condensed milk, and instructions written in the glorious handwriting of Jan-et-te.  I made some over the weekend, and it was like a dessert, YUM.  And yes, before you ask, I did wash it before I used it.  I almost didn't because I was so excited but then I remembered that they went to like 10 countries, over 3+ months, and probably could use a bit of a scrub. 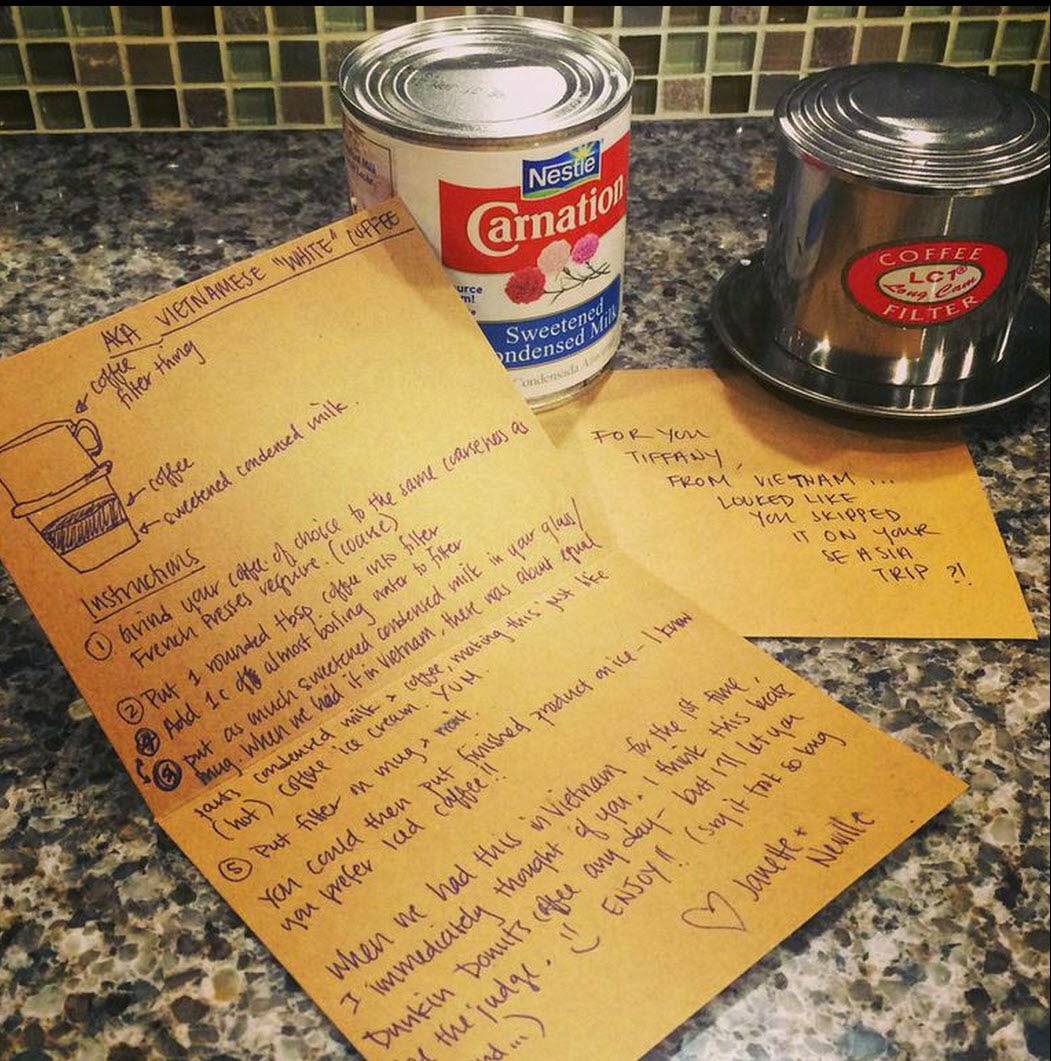 We had a pretty fun team meeting at the Rhinehaus to play Bocci.  My boss snapped this shot of James and I in which James is really enjoying my company. 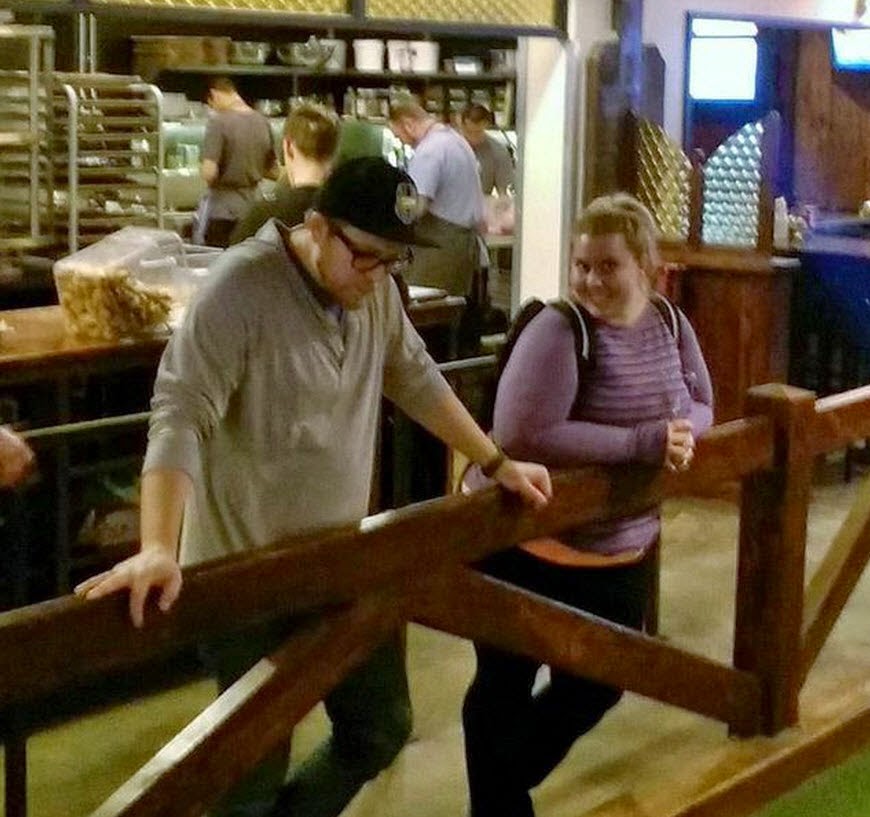 Over the weekend Nater had a friend in town visiting, and then they went up to Vancouver for a Magic tournament.  Meanwhile, I went to the dog park a lot, went grocery shopping, and went over to Zach's on Friday to watch some Elementary.

Me: I've been wanting watch Black-ish.  Can we watch the first one?
Zach: Okay, but I'm going to be very upset if there isn't a pilot in this episode. 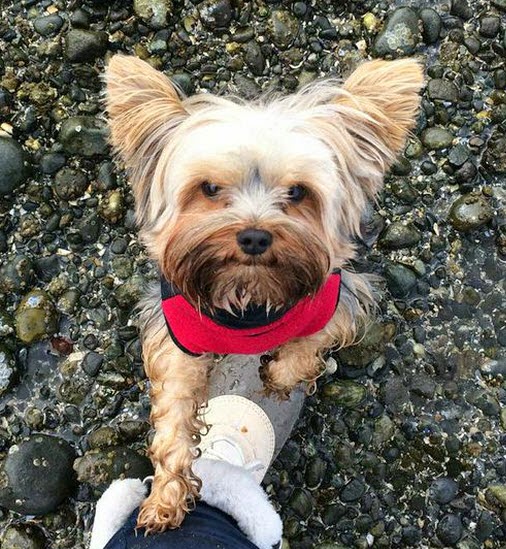 Sunday, Percy and I met up with Alicia, Kelly and her parents in Edmonds.  This is where I found cookie monster buried in the sand, and I left him there without helping him out.  And because I'm a super jerk, I took a picture of him first. 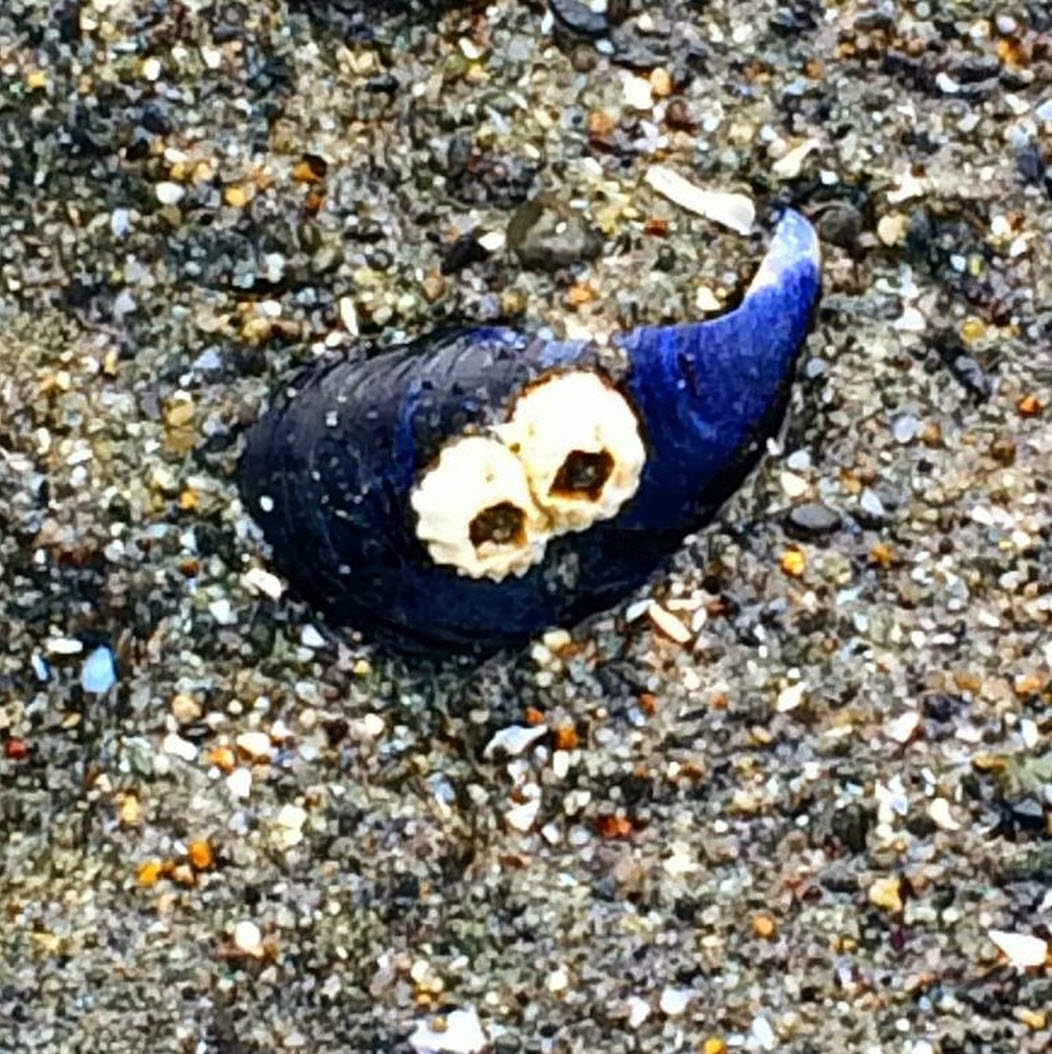 After running around on the beach for a while, we headed over to Kelly's parents new townhouse in Mukilteo.  I guess I didn't realize just how far I had driven when I saw this blast from the past. 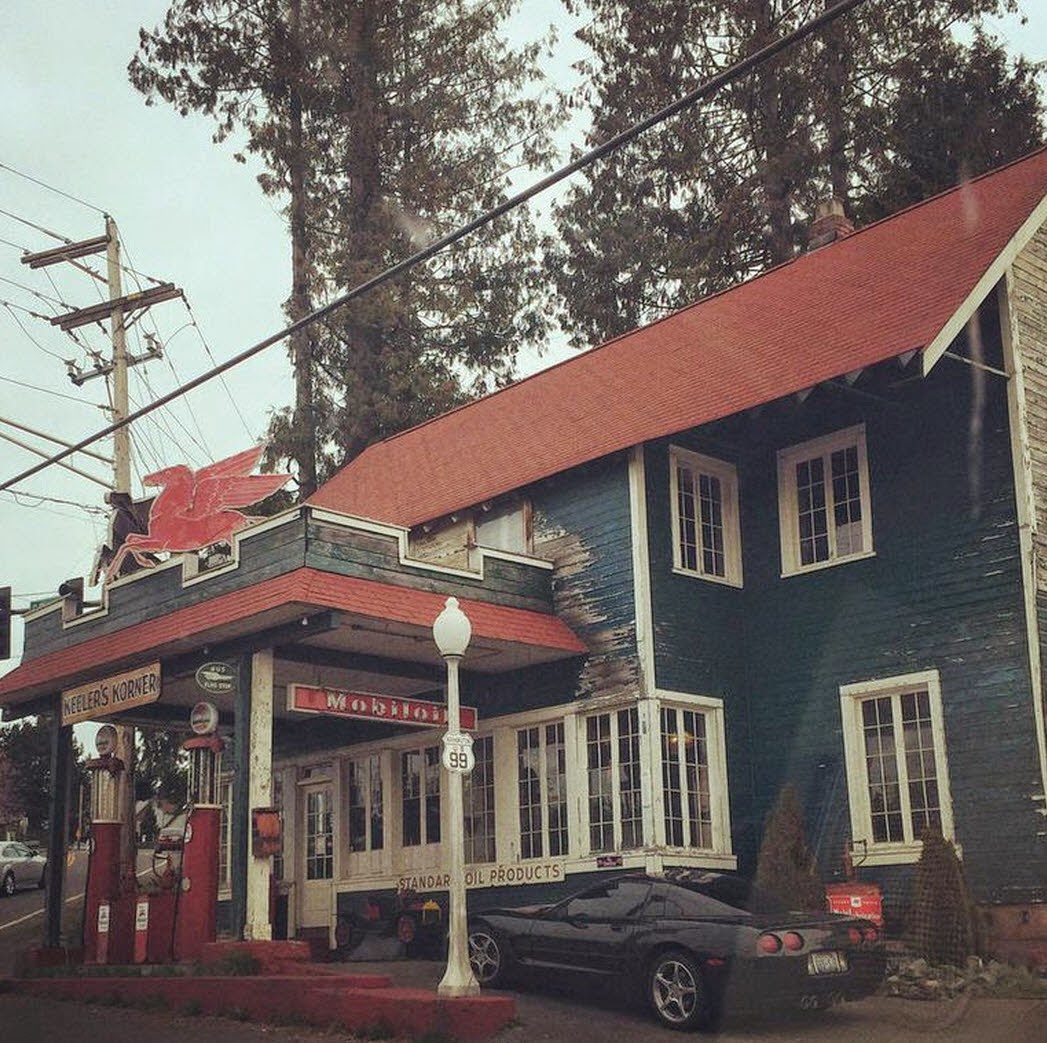 The townhouse has some interesting angles and spaces.  The most intriguing was this Nook at the top of the stairs that is around 3 feet off the ground, and 6 feet deep.  We're thinking it might be where Kelly ends up sleeping when she visits because it does have an outlet to charge your phone.  I sent a picture to Dawne and Lucas, and they were thinking that you could create an opening on the other side into the bedroom and have a big fishtank in there. Or, close the space off, put a sculpture towards the hallway, and a storage space into the bedroom.  What do you think? 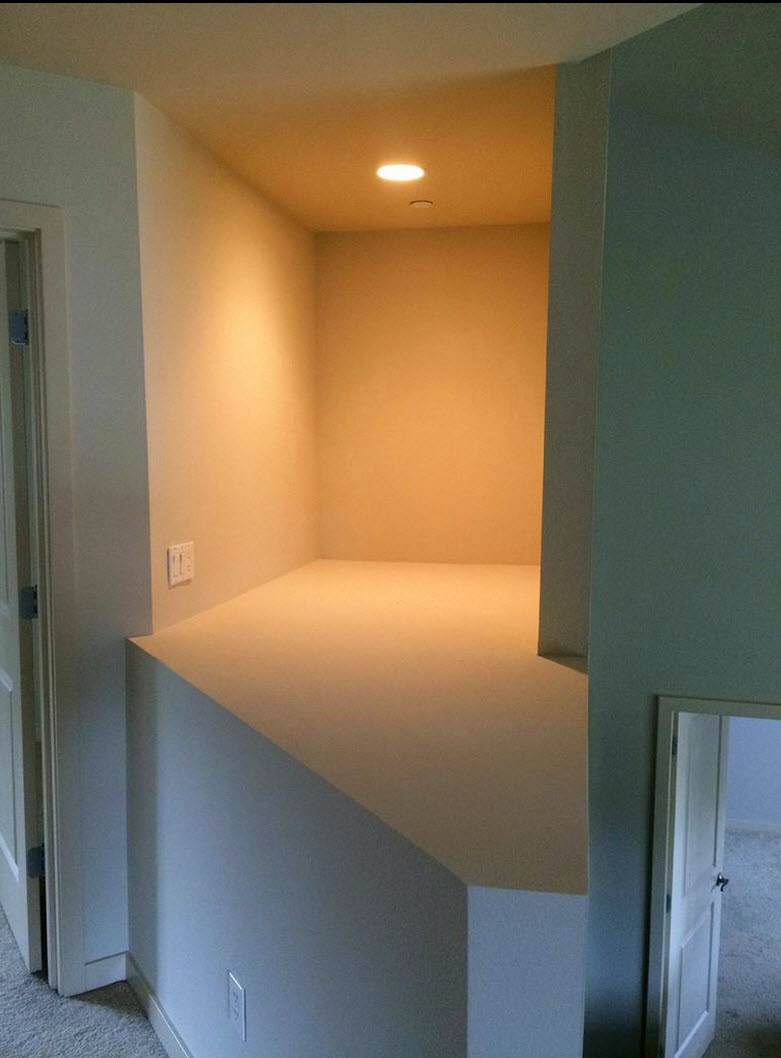 I know, right? It's like a fun little design challenge!

Posted by skcorynaffit at 3:20 PM