I can too cook!


D&J went to Chicago this weekend and I waited until Thursday to update last week.  So basically this is short due to the fact that I only had three days of material to work with and (as crazy as this might seem) these stories are never made up. 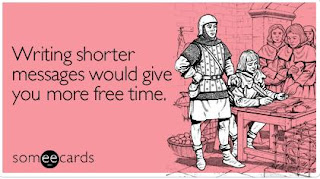 We were in the pool on Wednesday for around a ½ hour when suddenly Lucas said OH. MY. GOD. And then pulled his iphone out of his pocket.  We’re still not sure about why one would put their phone into their swimsuit, but hey let’s not focus on the details right?  We immediately drove to the store to get some rice (b/c *someone* threw out the contents of the pantry a couple of weeks ago.)  Before we got to the register Luke and opened up the box and stuffed his phone inside the box.  The woman at the check-out commented that she had never seen someone sample rice before purchasing.  We simply told her we didn’t trust the packaging imagery—we wanted to make sure it was really THAT white.  You know how marketing can be. 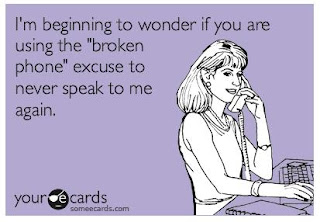 Here’s a word of advice.  Never say to Dawne:  It must be so nice to not have to do anything all day long.  I’m not sure you’re drawing that circle correctly.  And are you sure you know how to use a drill?  The first is just not true.  The second is ridiculous.  And the third could get a screw through your hand… and it won’t be an accident.  As if we have never moved an office before, many men offered suggestions on how to take apart furniture even though I am fairly certain Dawne was the only one who thought to bring power tools. 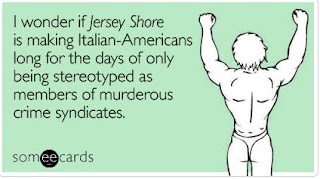 Evivova and her friends were having a Jersey Shore Party in honor of her friend moving to NJ.  One of her friends was very enthusiastic about the theme and bought a whole outfit complete with blonde wig and pleather leopard skin pants.  Eva (who’s costume consisted entirely of some extra thick blue eye shadow) thought it would just be hilarious to tell her guidette extraordinaire to meet at Grand Central (?) at 7 and not show up until 8 just to see how many prostitute offers she received.  Not cool Evivova.  Not cool. 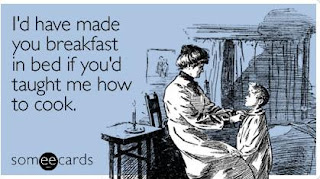 Lucas believes that if he learns how to cook he’ll be able to get lots of ladies.  So we souffled this weekend.  I called my mom to ask if she had ever made a soufflé.  She told me it couldn’t be done and that I should just set my sights on something else.  After I made the first part perfectly I called her and she told me to stop while I was still perfect. Lucas was fairly appalled and asked how in the world I grew up with such a discouraging mother.  Now I think you all know why I am the way I am.  Now that we have the tiny ramekin dishes we’re going to see how many things we can make in them.  Next will be crème brule (b/c who doesn’t like to use a blow torch?) followed by individual baked mac-n-cheese.  Wish us luck (b/c according to my mother we’re going to need it.) 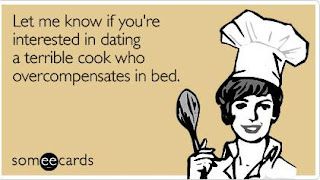 Lucas to me: When I say your name I think of Tufts University and the Boston School Museum of the Fine Arts.
Weekend mornings are often started with some crepe making (or at least me watching and commenting on Lucas making crepes.  This weekend he spiced it up and made some gingerbread flavored crepes.  I, naturally, started to sing some Bob Marley as he was stirring only to get Luke’s response of “Actually, it’s “Steer it up.”  It’s about Bison, Tufts University.” 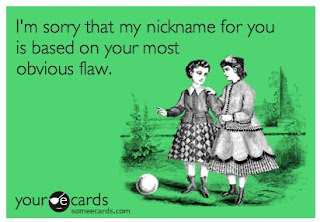 My uncle told me that he made lots of stuff too when he was younger adding. “Boy, sifting flour sure does make a mess – especially when you’re 6.” 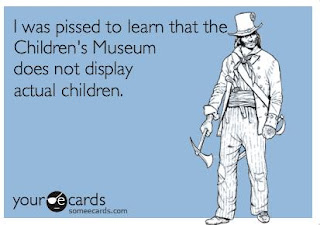 I went to the SAM with Diana on Saturday.  When my friend Erika called I told her at I was at a museum and she said in shock “You go to museums?”  I told her calmly, yes, I went to museums.  I’m shocked she didn’t know this considering the grandiose culture of State College, PA.  It was opening weekend of the Picasso exhibit.  I highly recommend it, but due to the large amount of people not paying attention and knocking into me for a prolonged amount of time I had a mini-panic attack and had to bolt.  I called my therapist (Okay it was Erika) and she says it wasn’t a true panic attack because I didn’t feel like I was having a heart attack nor did I start to hyperventilate, but I still left Diana in the dust.  Not cool of me, clearly, but not as bad as that time I left her in South Africa. 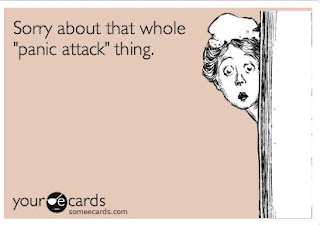 I had lunch with Jen today.  I don’t know if I’ve mentioned my deep adoration for this lady, but incase I have in the past let me tell you now that this adoration has been increased by 20% (10% for each cupcake she gave me just for having lunch with her.) 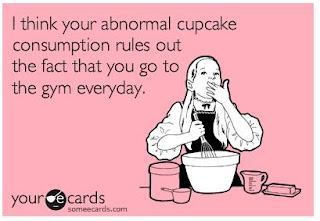 All of my friends were going to Wild Waves on Saturday for an awesome Halloween Haunted House Extravaganza.  I chose not to go and decided to go to a different party with new people in an attempt to reconnect and expand my network of people.  The problem with being social, I find, is that it isn’t good enough to just be social with the old people.  No, in order to really push your life forward you need to spread out.  The problem with spreading out is its hard work and even if you do meet cool people and instantly connect and have hilarious inside jokes right off the bat, translating that to actually having a new friend is basically impossible without coming off as desperate or pushy.  If someone has a secret to this social situation, now would be a great time to share that particular nugget.  Feel free to email me at tiffany@sweetandsarcastic.com if you don’t want the whole world to know.  I promise to keep it to myself.  Really. 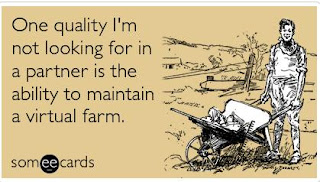 I started running with Nala in the park (she is such a guy magnet that I might actually get into shape.)  The other day I went to the dog park with Becky and she was telling me that she was going to take it easy on Friday night.  She told her husband that they should spend one night not doing anything.  Her husband quickly replied, “Since we’re not going to be doing other stuff maybe we can do each other?”
T O'B
Posted by skcorynaffit at 5:11 PM