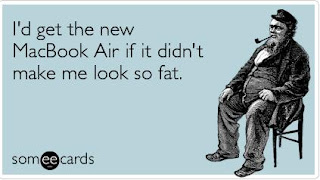 In case you didn’t get a ridiculously excited text, phone call, email, singing telegram from me, I got a job (which I started today.  I am working at Pokémon.)  Kevin called me on Thursday to say “Um Aunt Tiffany? If you still have a job in December…”  Nice that I’ve taught my nephews about the realities of the work force (or at least my inability to keep a job.)  Patrick also called me and, to be helpful, launched into reading me a Pokémon book.  Only this book wasn’t a story as much of a listing of characters which he began reading off (interrupted only by “and in the next column.”)  A ¼ of the way through I suggested that maybe I could just purchase the book myself so I could see the characters at the same time (but I think I hurt his feelings.) 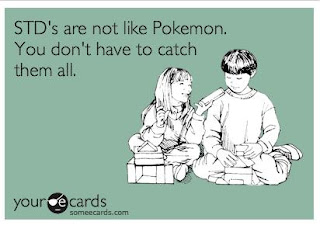 My dad is going down to visit my uncle (his older brother) in Florida in a couple of weeks.  When I was talking to Uncle Donald he suggested the only reason my dad was making the trip was to confirm that he was still alive.  I offered a second suggestion that perhaps he just really loves his big brother and wants to spend some time with him.  Uncle Donald’s response? “Yea.  I guess we go way back.” 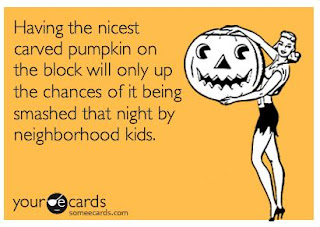 I went a pumpkin carving party and it turns out that just like when I was younger, the kid who brings the best toys to the play ground wins, and do I know what tools to bring when bringing a great pumpkin to life.  In other Martha Stewart like news, I also baked 5 dozen muffins (Jamie, I am sorry again I almost killed you with my death muffins), 2 pecan pies, strawberry cupcakes and my momela’s mac-n-cheese (in the lil ramekins for the perfect bite, every bite.)  And this morning, when we forgot about Luke’s bake sale, those 2 pies and a dozen muffins transformed forgetfulness to over achiever status. 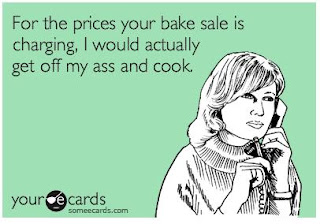 I had an awesome Game Night / Sleep over party in honor of John Michael’s visit into town.   The delightful personalities that attended were wildly entertaining.  So entertaining that Jordan asked Dawne why we didn’t have more game nights to which Dawne respectfully replied, um b/c we needed Tiffany’s friends to fill the seats.  Hey, I’m willing to send out the invites as long as we’re all okay with losing to Dawne on a consistent basis. At one point we needed batteries for Guesstures and decided to take them out of the emergency flashlight agreeing wholeheartedly that we would come to regret this action later but also agreeing that playing Guesstures was much more important. 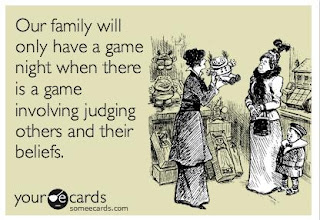 I was talking to Roy the other day.  I remember that he was hilarious throughout the phone call but all I can remember is the fact that he was outraged that he wasn’t my only gay friend and he told me that he gets really busy, but he still loves me dearly and “Even if I had nothing to do all day I still wouldn’t call you.” 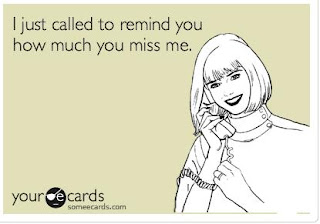 There were some plans made the weekend to set up a dark room.  When a location was determined Luke started to say “Well in Funny Face they had space for…” but was interrupted by Jordan saying “I told you when we watched that movie that dark rooms are never big enough to dance in.” 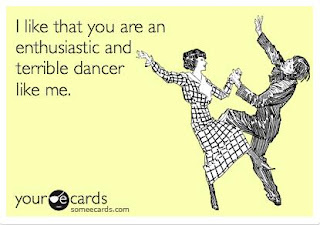 This is random, but when we were out for lunch the other day Luke came back to the table with red dripping down his hands saying “That ketchup machine is a jerk.”
Zach was at a girls house the other day when he saw a back cover of a book with a striking resemblance to one ½ of our favorite Small Duo. 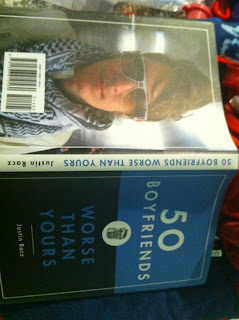 I was very comfy in my bed on Friday night when I received a phone call from Jen.  When she asked me to go to Karaoke I told her I was already in my jam jam’s.  She quickly said, “You’re useless to me” and hung up.  Apparently, I do NOT like to be called useless b/c I called her back and told her I was on my way.   While I did not sing, I did get to see John Michael one more time before he left and I didn’t have to put make up on b/c I am never looking to make eye contact never mind pick up guys at Goldie’s. 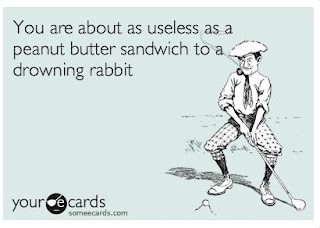 The party last night was a True Blood Scavenger Hunt that took the attendees to various “Bon Temps” locations complete with show related tasks at each stop.  People were paired up as much as possible so that there was more fun to be had within each car.  I put Marianna, Pam, Shane, Cathy and Becky in a car.  When they finished Shane announced decidedly “I am never going to be doing the Amazing Race with any of you.”  Marianna took this proclamation in stride and said, “I don’t think any of us were volunteering to be your partner.” 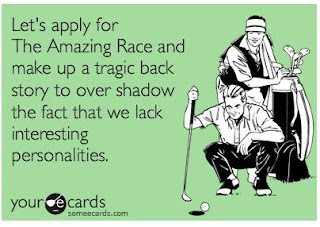 We also got a dive bar to change their name to Merlotte’s (the name of the bar in the show) for the evening and all of their waitresses wore Merlotte’s shirts.  Dawne agreed to make the 8 foot by 4 foot sign.  She did this by grabbing the Merlotte’s mug that Jordan had gotten her from the kitchen which has a 1 inch by ½ an inch logo as a reference and then drawing the enlarged copy on the material.  When Luke saw the tiny logo next to the finished sign he said to her, “You did that just to show off.”   As we were hanging out at the bar, Dawne and Amada, who were dressed as the telepathic waitress Sookie, were chatting it up.  An older gentleman patron sat next to them and was waiting for service.  He became annoyed as he stared them down and they were ignoring him so he got up to find the owner and complained about his lazy help.  This is when the owner had to explain that they weren’t actually working but dressed in costume and were paying for the party that was happening.  (To be honest though, they were staying in character seeing as Sookie doesn’t exactly get a lot of work done.)  Jen also inquired “Where did you get your fangs b/c Shane and Cathy said they got theirs at the dentist… and I didn’t think that was true but…”  Finally, the evening was wrapping itself up when Laina says to me I just told that guy at the bar that I had to work tomorrow.  He asked what I did and I told him I was a hooker.  He pulled out a $20 and I was like look at me. Do I look like I’m only worth 20 bucks?” 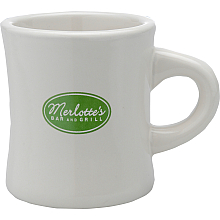 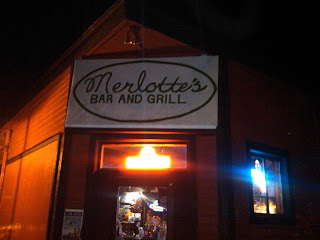