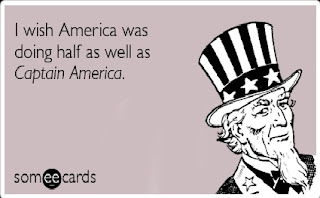 On Tuesday, the fam headed over to my cousin Raymond’s house for a BBQ with Raymond and Dawne’s youngest brother Ron (look at me introducing characters – don’t get used to it.)
Me: I don’t like anything from the sea—that includes seaweed.
Lucas: So when Aquaman asks if you want to so do the weed, tell him you’re straight edge.
Listening to guys talk about motorcycles:
Me: What is the difference between a glider or a sportster?
Ron: It’s like how Chevy has the Impala, Cruze, Volt
Lucas: Ding Dong, Cupcakes, Sno Balls. 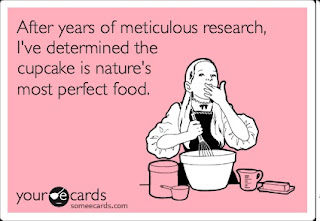 We also had a discussion about what is the number one necessity when looking for a mate.  This started very target towards me and my “funny” requirement and blossomed into a “if that’s all you needed you’d have a man by now.”  So I tried broadening the discussion to get some of the attention off of me.  Some answers included, “Big Heart”, “Rich”, and “Female.”
On Thursday’s I have breakfast with Becky, only when I was stepping out of the shower, I got a text for Becky saying, “I’m here!” followed by me panicking and getting dressed and ready in under three minutes—and three hours of my not quite being on my game.  Now that I think about it, the “Not being on my game” part lasted until around 6pm when I made the monumental mistake of forwarding a bantering email exchange with my boss complete with pictures (yes, one was of an overweight man in a spandex Spiderman costume) to a partner.  After I exclaimed “Oh Noes!” over the laughter of my boss, I announced, “Obviously, that’s my cue to leave.” And ran out of the office.  Now, seriously, my boss appears to be chuckling every time he sees me – so I can look forward to never living this one down. 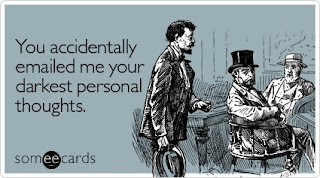 If I haven’t mentioned it already, Dawne and I have taken to sitting next to each other in the living room with our respective iPads playing Plants vs. Zombies (and a lil Bejeweled because we heart our friends at Pop Cap.) We are oh. so. F-U-N.  (Not sure how this is any better or worse than watching YouTube with Zach, but there it is.)
Matty came over on Friday night so we could all wake early on Saturday morning and go to IHOP.  Oh wait! I forgot! Dawne and Jordan went to a formal black tie event at the Pacific Science Center on Friday night and Dawne in all her gorgeous ball gown glory, got up on the bike that they have there.  Jordan, concerned that the dress would get stuck while riding, asked why should would want to do this.  Her obvious reply was, “Because it will be funny.” Also funny*, was when they returned home and in Casper’s great excitement, he peed all over Jordan’s tux.  (*Disclaimer: This was actually not funny to Jordan at all.)
Saturday and Sunday we were blessed with perfect weather.  After setting up for the baby shower, we spent the day in the pool and the boat.  I had a bbq to go to but Dawne kept telling me, “Your friends should just understand that when it’s nice out, don’t expect that you’ll leave the house.”  If only. 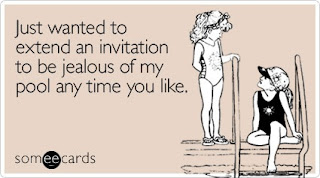 People are always making fun of Jamie and his height, which I tried to stop at least at his birthday party, but as soon as I left the party…
Jamie: … because I’m only 28.
Jen: Is that in elf years?
My mother called me to inform me that while my father was looking for something in my room, he found a fake ID.  Now, even though it was for a blonde born in three years before me from Washington DC, I have no recollection of having the ID.  I know for sure that I would have been too afraid to use it, even if there was an occasion for me to use it.  When I explained this to my mother she genuinely didn’t believe me (like I have a reason to lie about that now.)  I told Hayes the story and he said I should have just told her, “Okay Mom.  You got me. I mugged some girl back in college.  I was hoping you would never find out. You didn’t see any other did you?  Right, that’s the only one for sure.” 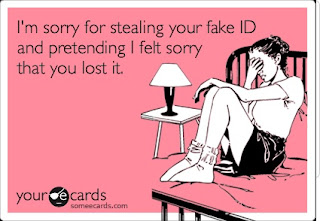 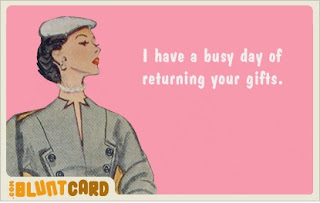 Jen was putting final touches on her three tiered baby shower cake when Nate walked by saying, “Jen, Fine. We get it. You’re talented.” 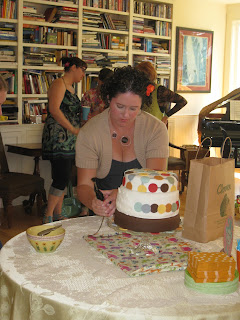 Nate also had the brilliant idea to bring in the giant purple chair which successfully made Cathy Small in the Big Chair look teeny tiny.
After the party, those still standing headed down for pool/boat time.  The moment we got down there to swim the curmudgeon next door decided to use a chainsaw on the edge of his property next to pool.  Yes, he was doing it on purpose, and no, we didn’t stop swimming.
Lily (4): I want to watch the ice melt.
Matty: That’s as fun as watching paint dry.
Lily: No, it isn’t really.
Me: What’s your neighbor’s name?
Dawne: I think it this point it’s “OUR” neighbor.  And her name is Angela.
Me: It’s not like I referred to the curmudgeon as YOUR neighbor and Angela as OUR neighbor.
Anyway, Angela has a new Béarnaise Mountain dog-puppy.  When they were in the hot tub, the puppy wandered away where he wasn’t supposed to, and Dawne said, “Casper.  Go get the puppy and bring him back here.” So, Casper got the puppy and brought him back.  Who said our commands weren’t effective? 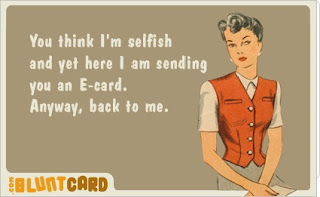 Posted by skcorynaffit at 1:51 PM