Tuesday night Becky came over to help me pick up a new mattress, after which, we went to dinner with Lucas.

On our way to get the mattress we saw a jogger with super short shorts, not tight, just short. He was also wearing black support hose. Basically, he wanted his support in very specific areas – but wanted make sure his thighs could breathe. 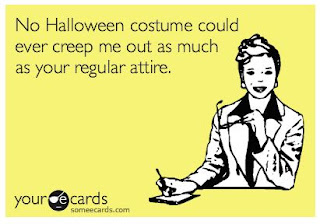 Becky: (giggles) My brother got hit in the face with a firework once.  It was hilarious.  After being in Iraq he hit the deck as soon as he heard the blast, and got hit in the nose. (giggles) He was bleeding so much that people thought his jaw had been blown off.  It was so funny. (giggles)
Me: There’s nothing funny about that.
Becky: AND because it was in Alaska and so cold, the blood froze and he poked it with a stick.  (giggles)

Me: I was over the Twilight Movies before the Twilight movies came out.
Luke: You are like the original Twilight Hipster.

Apparently, Arda, Luke’s best friend, won “Fashion Disaster” during Spirit Week on Tuesday.  Only, as Luke pointed out to me, Arda was not aware that he had been participating. 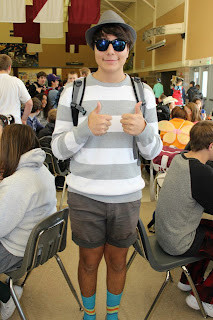 We were also talking about this Apollo documentary.

Lucas: How awesome would it be to have a wedding ring made of moon rock? Wouldn’t you love that?
Me: I hope YOUR wife will appreciate that.
Lucas: Man this list is getting longer. My wife needs to respect how awesome the Apollo missions are.
Me: Be able to survive a fall down the stairs.
Lucas: And can NEVER talk about meat.  That’s just disgusting.

Luke was a little apprehensive about having to follow through with a drum audition Wednesday night.  I don’t know if I mentioned, but on nice days, his parents take him to the skate park at like 5 am before school.  He was telling Becky and I that he was planning, for the first time, to drop in on the 9ft bowl Wednesday morning.

Me: Are you trying to break something so you don’t have to audition?
Luke: If that happens, it happens, Tiffany. 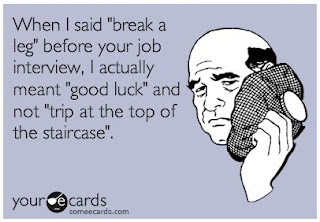 Then, Wednesday morning, Dawne, Jordan and Luke went to the skate park, Luke dropped in, and ended up with a concussion complete with 4 hours of amnesia – and hour of which he could only remember the name of 4 people, and every 5 minutes he would basically reset.

Rinse and repeat.  Dawne also tried telling his own jokes back to him, thinking that would help.  Turns out, he thought the jokes were hilarious, but instead just thought Dawne was a really funny girl.  While in the emergency room, Luke would also forget why he was even there.

Luke: I’m great, let’s go home!
Dawne: You were just coughing up blood, so no.  We aren’t going anywhere. 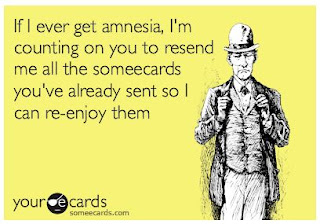 Super scary.  My mom called Dawne to tell her that while Luke was at school, she should take everything that has anything to do with skateboarding and throw it out – never letting him on a skate board ever again.  I told Luke he was lucky, (not only because he seems to be fine now) but also because my mother really would have thrown everything out.  This is why I’m not allowed on a motorcycle or to go skiing with my cousin Billy.  True Story.

In case you were wondering, Lucas still had to go to the audition.

I think Luke also REALLY appreciated that on Thursday, when we got into an argument over cursive vs. script I ended it by saying, “How do you know I’m not right? You had amnesia.  You should really just trust that I’m always right from here on out.”

Speaking of miracles, Zach sent this to Dawne to put on her phone when he calls:

Friday night I went with Shana, Jen, Michael and Heather to see Night Rider, Foreigner and Journey.  Here are some texts that happened:

Me: Night Ranger started 7 minutes early.  I guess at their age they need to get to bed early.
30 min later
Me: I’m sad that I made an old joke and then my siblings didn’t respond because they were asleep at 10.

(For the record, they were up, they just didn’t respond immediately.  Is that better?)

Foreigner was amazing, Journey was not so amazing but seeing the new singer totally reminded us all of Matty Simpson.

Shana: Is it wrong that he reminds me of an Asian Matty Simpson?
Me: It’s the jacket
It wasn’t just the jacket.  Though I wish we had been able to get a video of it so those of you who know Matty would understand, but all I have is this: 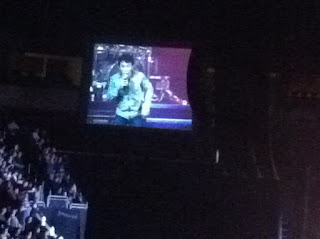 Naturally, I called Matty to meet us for a drink and midnight snack. At some point we started talking Halloween Costumes.  I suggested a Jack Be Nimble turned Olympic Pole Vault.

Matty: Or a severe burn victim.
Me: I would never have gone there.
Shana: That’s the first thing I thought of.
Me: I’m sorry.  I’m a happy ending kind of girl.

This was followed by some inappropriate jokes, that I’m not going to share.  Keepin’ it clean.

Saturday morning started at 10:30, when we went to Alderwood Mall to get the fam some new iPhones.  I have been protesting the iPhone for YEARS now.  Maybe I adore my love-hate relationship with Blackberry.  I definitely believe my typing abilities will suffer, plus there was that time I had a touch phone and it only responded 50% of the time, and my iPod Touch also dislikes the feel of my skin.  My iPad loves my skin but my standard argument after stating, “I will NEVER buy an iPhone” has always been, “Typing Tiffany capital O apostrophe capital B rien is just TOO difficult” is getting weak.  And, the final blow was when I heard that Jordan was caving.  If he can give up his blackberry, then, maybe, just maybe, I can too.  Maybe.  We’ll see. 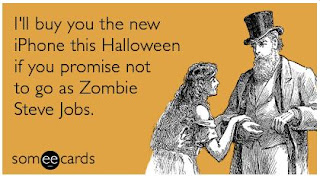 Lucas: I don't know why people would ever have a preference other than mine.

We did a lot of party preparations followed by dinner and a movie.  50/50 – and yes I cried throughout the entire movie.  I think I mentioned, that one of the reasons that Luke wants a new phone so badly is because he has Zach’s old phone that makes everything look blue, and then he dropped it, so the glass screen has a shattered Halloween look, and is a little sharp in some locations.  As an added bonus, it’s also difficult to hear him when he’s on his phone.  We left dinner early to get seats when I heard Luke stating loudly, “MOM LEFT HER PHONE ON THE TABLE” The 4th time he said it, he started with MOM and the entire movie theater yelled “LEFT HER PHONE ON THE TABLE!” 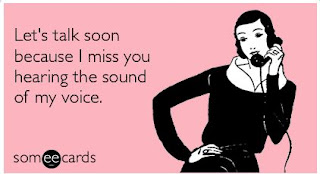 We did some additional party set up Sunday morning, and then I went over to Rach’s for a Pumpkin Carving Party.  One lady spent 3 solid hours carving her pumpkin.  When she announced how long she had worked on it, Laina whispered to us, “At least you’ll always have it.”  I’m not entirely sure what it is about Rach, but I feel like every time I’m with her, it is a total giggle fest, only there isn’t anything that I can remember to tell you so you can participate in the joy—I guess you’ll just have to trust me when I say, it was a pleasure. 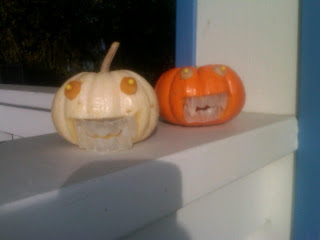 In case you didn’t get enough of Arda and Lucas this week… turns out that Arda says “PEA-SA” for Pizza.  And when he was younger, a kid was totally mocking him for his pronunciation.  The kid finally ended the argument with, “It’s P-E-T-Z-A dumb dumb.”  Right.

And, because I think my nieces and nephews are the coolest people ever… here’s the text I got at 5:30 am Sunday Morning. 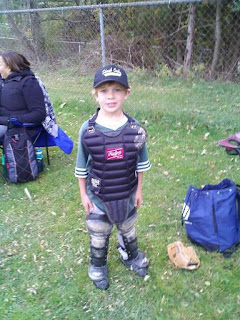 Posted by skcorynaffit at 1:59 PM