Deep in the Jams 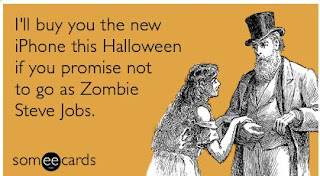 Saturday evening I said to Jen that I didn't have ANYTHING to write about in my "Monday Email."  Maybe I shouldn't complain about that anymore.

Last week I spent every night working on getting ready for our annual Halloween Party.  The theme this year was "After Happily Ever After."  We created an "Unemployment" area outside where people filled out forms explaining the woes and after story of their particular fairy tale character.  Inside, we had a "Job Fair" to help our Fairy Tale guests get acclimated back into society.  Normally, we give ourselves 6 weeks to get ready for this particular party but we were busy traveling this year - which meant that for the last week we had a lot of work to do.  Here's a little insight into our lives: We remove and rearrange furniture approximately every month.  It has been a long running joke that every time Zach comes home from college, before he even has a chance to take his back pack off, we put him to work moving furniture.  I came back once and all the furniture was already moved and I was FLOORED (but I think that was only because Nate and Zach arrived the day before).  Naturally, when Dawne and I started moving things around last Saturday, I suddenly missed Zach more than I can express (he has incredible upper body strength.)  I also needed to make 5 boards - each one feeling like a school project.  (Dawne took pictures of each one so I could send them to my mommy.  I'll share as soon as I get them.)  Point is, there was a lot of work, and while it probably was equal to previous years, shoving it all into one week made it feel like more than usual.  That is why, by the time Saturday rolled around, I had NOTHING interesting to tell you about.  (Except that I did make everyone break for two hours when my Casper the Friendly Ghost DVD came in the mail.  So fun!  Lucas said he had an allergic reaction to the last part with the ghost of the mom because he can't handle Cheese of any kind.)

Speaking of cheese, I have approximately 12 pounds of mozzarella and 6 pounds of parmesan cheese.  Ideas on what one could make with these two ingredients?

Rach came over early bearing dinner which was super awesome because when Jordan asked if he could eat lunch, his request was denied.  She was pursuing the Leprechaun Liquor table and said, "Cognac? People drinking cognac should be wearing smoking jackets and no pants."  And then later, when Diana and Jason arrived and Tink and Peter Pan, Rach said to Jason, "You better drop those pants because Peter Pan only wears tights."  She knows how to lay down the law.

We played some Disney Charades, after which Hays told me that he was "Both impressed and disgusted with [my] knowledge of Disney."  I get that a lot.   Then again, shortly after saying this he also said, "Good things... whatever the phrase is," so I don't know how much I can trust his statements.

While Arda and Luke were bedazzling pumpkins, Luke said something to Arda and Arda apologized for not hearing him by saying, "Sorry Bro, I was deep in the jams."  And our new key phrase was born.  Arda also discovered, via Jen, that I had posted a picture of him last week.  He promised to repay me in kind, only it would probably be on Allium/tumblr so that's something to look forward to.

As people were leaving, I overheard Rach telling Hays that "Tiffany's good at inviting herself over, I'm not."  Am I?  Should I be insulted? Also, can I come over on Friday night? 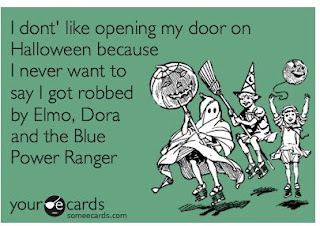 Here's the real news, while we were having a huge party, we were totally robbed. To which Jen said, "Now you have something to write about on Monday."  YAY!  I can't remember what I said, but after I said to Jen, "Is it too early to make jokes?" to which Jen assured me that it's NEVER too early to make jokes around here.  That's why I heart her.  I don’t even want to think of the irony of a fairy tale meets reality party being burglarized (wait maybe that was the joke.) Among other things, all of the 12 cases of CD's were stolen out of my car - jokes on them when they take them home to find the MIB Soundtrack, Spice Girls, 98 degrees and Hanson.  They also left the contents of my emergency kit (including the bottle of gin), and took the bag (presumably to carry more of my CD's, or to put my jacket and hoodies in?) I guess it's okay to have open bottles in the trunk because the only concern that the officer had was that it wasn't Tanqueray. I won't go into the details but I will say that Dawne was wearing this gorgeous "dead Cinderella" dress.  At one point, the police called us back and she ran for the phone - at which point Michael made the obvious point, "Dawne should always be running in that dress."   I also got an iTunes gift card from Hays and Jen with a note: 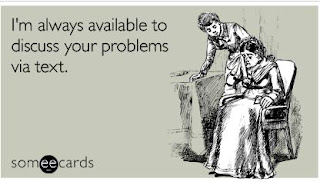 Please consider this iTunes card your second chance to *not* buy Hanson or Spice Girls music.

Whoa! You are like coolest friends ever.  I'll do my best to make better decisions... I hear Russell Crowe has an album now....

I told the officer that they left three Garth Brooks CDs and "80s Disc one" mix CD.  He said, "It sounds like you would have felt better if they had taken them without judgment."

Because I think they are super amusing, here are some of the Fairy Tale Characters that came to the party:

Rach and Jeff came as Jack and Jill who are now Mt Everest Climbers (that whole tumble down the hill incident was their first time climbing and no one will let them live it down.)

Shana came as Ariel who is now in a B-52's cover band and sings rock lobster all day.

Jen and Hay's came as Snow White, who was once known for her porcelain skin, is now covered in tattoos and married to Prince Deadbeat who was sporting a mysterious black eye "from a fall down the stairs."

I was going to go as a reformed Cruella de Ville who now heavily supports PETA, but at the last minute switched to a neurotic Goldilocks who can't hold onto a job because nothing is ever quite right.  Not a great decision actually because Carrie also came as Goldilocks with a better twist - she was now a cat burglar.

We had two Little Bo Peep turned Butcher (although Laina's had the added bonus of wearing an apron that was filthy with who knows what.)

Arda was a digital Cogsworth and Lucas was a pyromaniac Lumiere.

And, because I actually have all of the files, here is what I put on each of the tables (it's totally like you were there except for the interactive bit and you still have your wallet!) 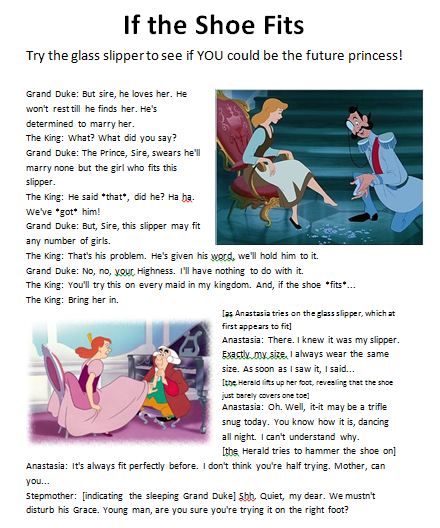 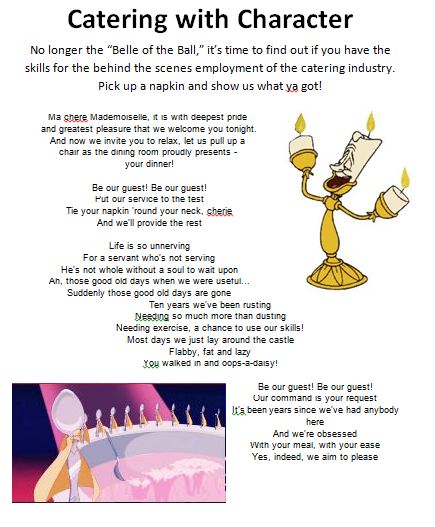 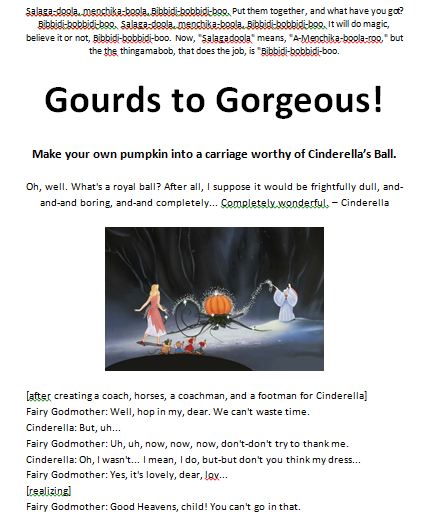 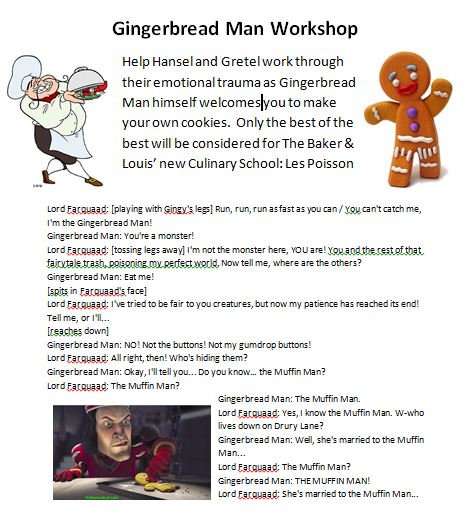 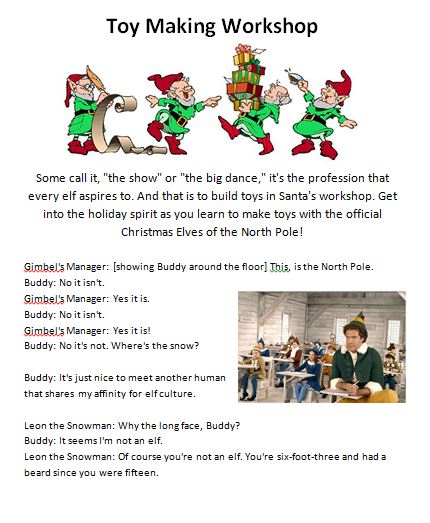 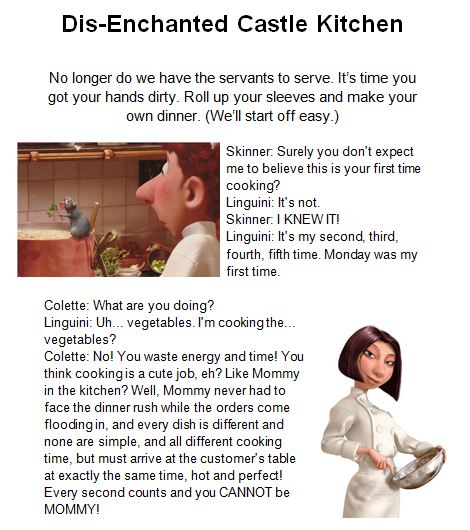 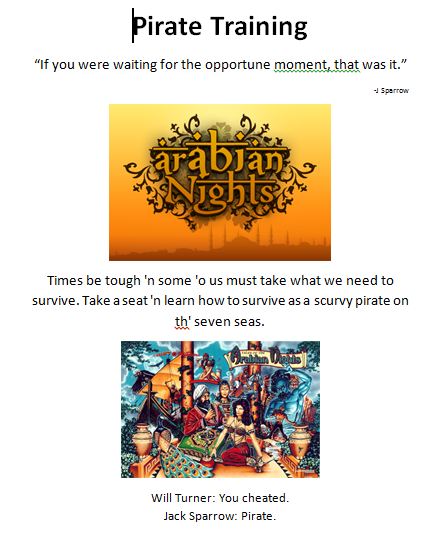 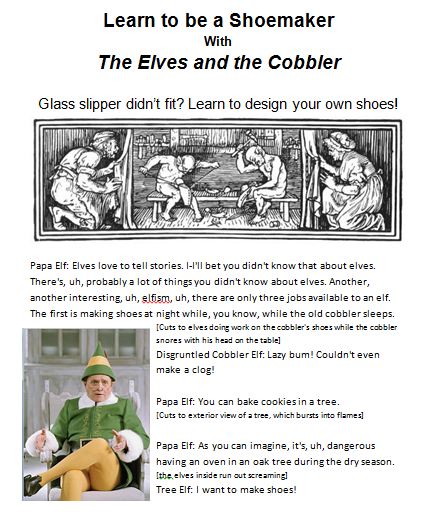 Posted by skcorynaffit at 3:16 PM