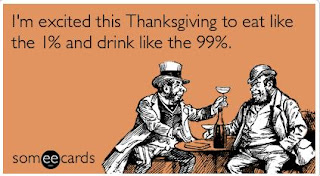 Frita called me early on Tuesday to let me know that he found a place for my wedding.  Bear Mountain has announced they are open for events – and in case I wanted to invite more than 300 people, there are additional accommodations in the cabins behind the main building.  Plus, and my dad forgot to mention this, Ice Skating and a Carousel is ALSO a stone’s throw away.  Dawne also did a trial run of my wedding invitations this week – what do they know that I don’t? 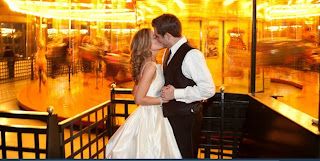 We moved offices last week.  Before we left the Redmond offices, I came into my boss’s office incredibly cheerful (as usual).

T: I hope I’m sitting next to you in the new office.
Me: OMG! Me too!  You’re being facetious – but I’m serious.
T: Oh yea.  Totally.
Me: RIGHT!? I better get in early on Wednesday so that I can rearrange the desks to make it so.

Only, fate smiled upon us, and when I arrived, I didn’t have to change a thing.  :P  I made the observation that apparently I make people uncomfortable without noticing or trying.  In fact, I don’t even know exactly what it is I’m doing to make people uncomfortable.  (I imagine this is when Justin will be nodding his head in total agreement – and I know he’ll also never explain it to me).  Anyway, it happened again the other day – and I mentioned it to Shana.  She told me that of course I do, all the time, but that it was part of my “charm,” which just reinforces why I tell her my problems.  Then, 15 minutes later I told her that a second conversation had me saying to my boss, "Alright. This is fair. I made you uncomfortable and now you're making me uncomfortable." 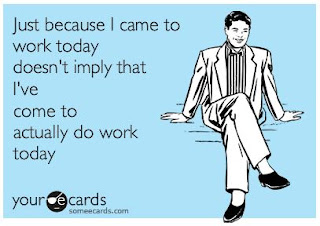 Someone at work sent a company-wide email saying that they would be coming into work.  There was no end to my mockery that we now needed to announce not only when we would be out, but when we would be IN.  Email’s got “wild”…

Me: Imma leave 3007 now.  I'll be at my desk in approximately 2 minutes.  I'll call you if I run 30 seconds late.
K: Hair appointment @ 5pm in downtown Kirkland.  Won’t be on mail.
Me: Haircut or color? Additional Deets Needed.  Kthnxbye
K: Both. Been feeling icky, will be a pick me up.
Me: I approve.  You may proceed. Update accordingly.
K: Hair apt changed to 5:30.  Stylist running behind.
Me: I've consulted with Headquarters.  We approve on the condition that this does not affect your TV viewing schedule. PS Please forward complete viewing line list post haste.

The following day, hair looking fabulous, she received many compliments.  She also told me that her main goal when going to get her hair done is that it will look so good and different that she will elicit compliments from her father. If her father notices then she’s successful.  Naturally, every time I heard a man, AKA daddy replacement, say something nice about her hair, I announced, “Mission Accomplished.”

We also had a companywide meeting which I was immediately bummed about because everyone was going to be having lots of beer and cookies the whole time.  When asked what I could have on the diet, I said seltzer.  Which, due to the fact that seltzer is basically air and water, now the new thing is to ask me how I’m enjoying my air.  The answer is always, “Very much, thank you.” 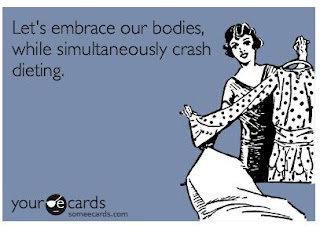 On our way home from the gym on Thursday night, Lucas was working his yoyo when he told me that he didn’t want to be known as “That guy with the yoyo, but it’s so addictive!”  I can’t confirm or deny this, but seeing as Jordan and Lucas are still being denied haircuts, they are also becoming known as “Those guys” and Lucas is really displeased by the whole thing.  I know it’s serious (Lucas told me how serious it is repeatedly), but I can’t stop giggling about the whole situation.

Friday night, we had another Twilight Party.  Dawne had presented to me an invitation to Bella and Edward’s wedding along with the official prop replica barrette that Bella wears to her wedding.  Dawne replicated these invitations for everyone at the party (which is how she knows what my wedding invites will look like) and I donned my gorgeous diamond and sapphire-esque hair clip. Oh! Jamie brought us all Ring Pops for the occasion.  We had over 25 people which is a perfect turn out.  AND I didn’t get robbed blind during it! 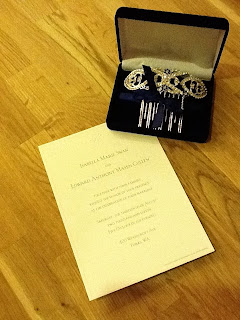 Laina: I'm going to say this one more time then I'll drop it.  That [Regal Theater Ticket Scanner] guy really doesn't care if [the tickets are printed] portrait  or landscape.
What’s awesome about this, is that Laina really chatted this guy up, as if this was the most critical of critical discussions and not only did he not care, but she didn’t even say this statement to me until 15 minutes later while we were sitting in the theater.  Love that girl.

Laina: I think I've told you, but I firmly and I adamantly believe I should have been in the matrix.
Rach: That was just poor casting. 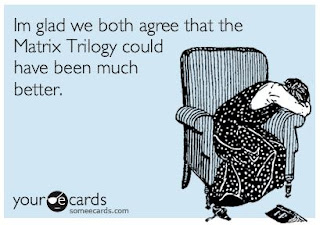 Zach also asked me to look over his OKCupid profile and messages last week.  When he brought it up, I told him it would have to wait because I was at work and couldn’t look at anything until I got home.  He proceeded to call Dawne, and basically tell on me.  To make matters worse, Dawne actually agreed saying, “Yea.  Tiffany working is really putting a damper on our lives.” 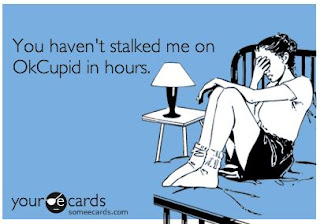 We went caravanned it over to a brunch on Bainbridge Island to meet Missy and Charles’ new edition, Chloe Scott.  On our way over, Heather’s boyfriend was talking about a bunch of stuff, and it was obvious that he was very knowledgeable on a wide variety of subjects.  One of the subjects, we might have comments that he was a big nerd, so he jumped subjects to tell us about something “cooler” he knew a lot about.  I think he might have been a little intimidated by us because all of a sudden he announced, “I’m pretty well rounded.”  This meant that anything else he told us for the rest of the afternoon caused us to say, “Sure. Of course. You ARE pretty well rounded after all.”  Aren’t we a delightful bunch? 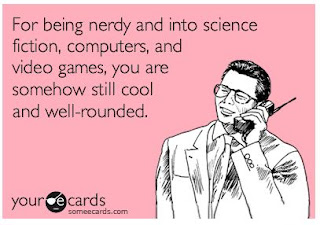 At the brunch itself, I sat down at a table by myself, and before I knew it, I was surrounded by 5 small children.  Finally in my element, I started some conversations.  I met a lovely young lady, Rosie.  She told me she was 3 going on 4, but when she was little (not like now, when she’s an adult) she was bit by a green and purple dragon (which is why she likes dinosaurs, but not dragons.)  She’s ridden a Unicorn before (when she was a teenager), with her brother, but her brother definitely did not like the Unicorn (he told her.)  He did, however, like riding the blue Unicorn.  She has also ridden a FAKE Unicorn that was rainbow colored, but that Unicorn didn’t move at all because it was fake (obviously).  She like’s tigers, but would never wrestle one.  She likes rhinoceroses but not so much elephants because she was bitten by one once.  (I asked if she was just pinched by its trunk, she said no, he used his mouth.  I asked how she got so close to an elephant’s mouth, and she said she didn’t go close to it, the elephant came up to her – and then after it bit her it took its trunk and sprayed her with water.)  But that was all when she was little – now she’s an adult.  And this, my friends, is why I hang out at the kids table. 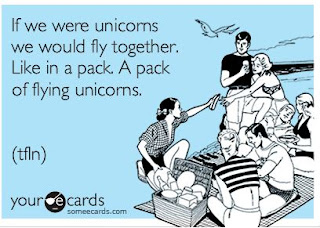 I should also apologize to Missy – Sorry Missy.  I was too fascinated to stop her.  See, there were all these book shelves all around, and the books were right up to the edge of the shelves so they looked uniform.  As I was sitting there, Rosie noticed the way the books were on the shelves and proceeded to push them all back to the wall.  She was so completely satisfied; I didn’t have the heart to stop her.  Plus, it made me giggle.

The rest of the weekend was a lot of Thanksgiving prep and celebrating Matty’s birthday.  Oh! And, Dawne asked us all to think of who we would be if we were Cartoon Characters.  If you would be so kind as to tell me who you think I’d be, that would fantastic! 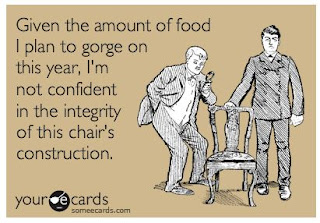 Posted by skcorynaffit at 11:15 AM