I sent out Christmas cards this year and I got a card back from my Aunt Phyllis that said, “It was great to hear from you, but that Christmas card was NOT appropriate.” 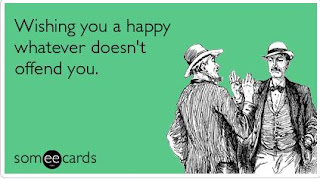 I got my new iPhone, but I’m still not happy about it.  I don’t what it is with me and change, but carrying this new phone makes me want to scream “Stranger Danger!”  Yea, I have issues. 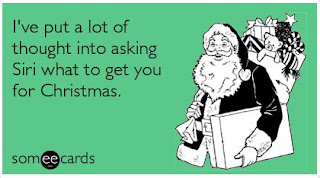 Last week I was reviewing an audio book and on page 374 of 388 I realized I was reading the wrong PDF.  I did not see that coming.  Also, we had a work scavenger hunt on Wednesday in which we broke up into 26 different teams and ran around Kirkland for a couple of hours (So. Much. Fun. )   After 2.5 hours with my team, this one girl said, “You know what’s funny?  I have never seen any of you at work before.”  To which I replied, “You know what’s REALLY funny? I don’t even work here.” And then I went inside the building without explanation.  Now I think if I see her in the kitchen, I’ll just pour my free coffee; put a finger to my lips and whisper, “Shhhhhh.”

We are having a competition between buildings at work over who can donate the most to charity.  Both buildings decided to do some auctioning to raise money, only I just moved to my current building from the other building last week.  When I did some hunting to find the other building’s auction I had to take a screen grab and send it to my boss:

On Wednesday, we went for a walk late at night near the skate bowl, then went grocery shopping.  It was the first time I saw the bowl that Lucas dropped into and got a concussion.  It was a serious vert – I didn’t even want to walk into it afraid that I wouldn’t make it back out.  When we were in the car on the way home:

Lucas: Did you have fun?
Me: I did.
Lucas: Me too! That’s good. I’m so glad we both agree on what is fun because I just had the best time ever.
Me: You know we should make time to look at the Christmas lights while drinking hot cocoa.
Lucas: Yea, that would be fun, but I don’t think anything will beat the fun we had tonight. 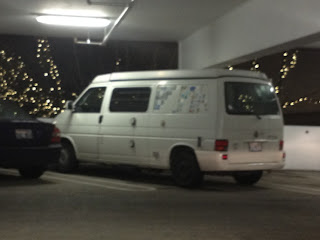 Dawne was noting that her baby Jesus was missing from her nativity scene.  She looked at Jordan suspiciously until he said, “When the only thing left is the Three Wise Men, then I could be suspect.”

We went up to Mt. Baker this weekend and stayed in my Cousin Raymond’s cabin.  As soon as you walk in you see this: 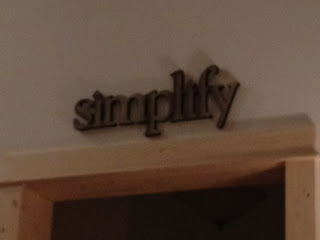 To which I announced “That’s going to be the theme for this weekend folks” in relation to lack of phone service, television and internet.  Given that I had to go 6 days without my phone, I had already gotten over the separation anxiety being without a handheld device.  However, by the second night, Derek was having dreams about the internet.  On our way home we stopped for lunch and I realized we had cell service again so I was reading my text messages.

Derek: Feels pretty good to have 3G again huh?
Me: What?
Nate: Derek had an orgasm in the car when he saw that he had the internet again.  It was really messy.
Me: That’s a little too much information for me. 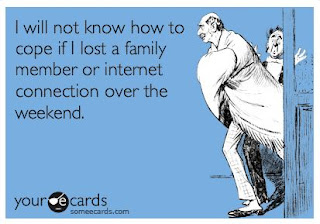 We were at dinner Friday night and honestly, I don’t know how it came up, but Jordan explained that according to his AARP magazine the secret to a long life is sex twice a week and an hour walk. Lucas quickly replied, “Then I guess I’ll be dead any day now.” 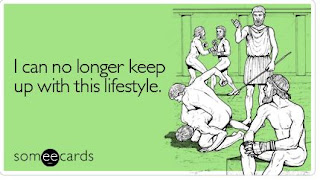 I couldn’t ski because I hurt my back so I just hung out in the ski lodge with Jordan.  You know, the movies always show these glorious ski lodges with couches by the fire… not a cafeteria complete with chairs and tables.

After every 5 minutes hearing Lucas look for something else (toothbrush, deodorant, shirt, towel, and socks…)
Me:  You are a mess.
Lucas: I am going to have to take your word on that because I have to put my faith in someone, Tiffany.

We were passing by this neon sign that said “GASTRONOM”
Lucas:  Without the “Y” it looks like a tasty restaurant.
Me: That’s so weird, because I knew it was missing something, but I assumed it was really called “GASTRONOMNOM” and it was a REALLY tasty restaurant.

After hearing his Ukulele fall from the kitchen table, Lucas announced, “Every time a Uke falls, an angel dies.”

We were all in the cabin reminiscing about our favorite holiday moments when we were kids when Mila, who grew up in the Ukraine, told us that she used to “fall asleep to the drip drip drip of her father’s vodka being made in the bathroom.”  Then she proceeded to teach me how to make vodka in the bathroom (and didn’t once make fun of the way I saw Vodka.)

So I dragged Becky around with me last night to say “Merry Christmas” to a bunch of my friends who I knew I wasn’t going to be able to see before the holidays.  I was surprised when Shana handed me a present.   She seemed to think it was perfect for me: 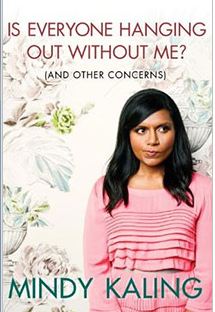 Sadly, I often think that everyone IS actually hanging out without me.  Though, I ready a couple random bits as soon as I opened it, and Shana was right, not only were those lines hilarious, they were perfect for me.

“This book will take you two days to read. Did you even see the cover? It’s mostly pink. If you’re reading this book every night for months, something is not right.”

“As my mom has said, when one person is unhappy, it usually means two people are unhappy but that one has not come to terms with it yet.”

“There is no sunrise so beautiful that it is worth waking me up to see it.”

“Sometimes you just have to put on lip gloss and pretend to be psyched.”

― Mindy Kaling, Is Everyone Hanging Out Without Me?

I also asked Cathy to photoshop Zach into, what in my opinion, is the greatest album cover image of all time.  I then proceeded to blow it up and give it to people because, frankly, I love gifting incredibly great pictures of myself. 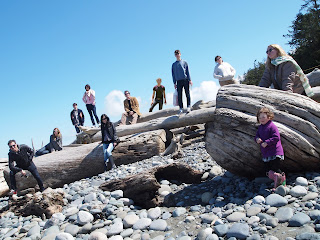 I stopped by Dr. Rach’s and Santa Clause 2 was on… the part where he goes on a first date and she shows up with a picture of Santa on her sweater.   I decided that it was be the highest of lariouses to show up to a match.com date wearing a shirt with their profile picture (not a disturbing facebook photo form 2004 that would, of course be weird), but just a zazzled T with their primary photo.  As I took my jacket off, and slightly moved my pashmina so they could see the image, I would casually say, “Oh yea.  I thought it was a great picture of you too.”  Rach said I could, and should, never do this.  I think I should, because it will give this mystery man they most creeptacular first date story EVER.  However, I agree, I couldn’t, because I would totally crack up.  Then, if this gentleman laughed too… where would we go from there?

And here’s just one more delight from another SNL fav, Steve Martin:

Two quick notes that I forgot to include:

First, the awesome and incredible album cover was taken by photographer extraordinaire, Jen.  It was taken on Prom Sunday, after my "30 is the new 70" party.  And, as Shana commented, "The Lord loves a Formal" so here is a picture that I took (so it's not as good, but at least it includes Jen): 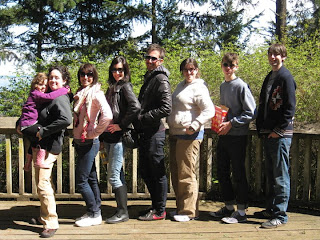 And the second thing, is Lucas and I watched quite a number of "Epic Meal Time's" including fast food lasagna and TurbaconEpic Thanksgiving.

You're welcome.
Posted by skcorynaffit at 2:00 PM