Last week was filled with the usual holiday cheer. I saw Cinderella with Rach and Laina on Wednesday night.  We grabbed dinner beforehand, and when the waitress came over to us Laina called her by name (she wasn’t wearing a name tag), mentioned that she remembered her from when she worked at the Starbucks down the street and the usual pleasantries.  I was marveling at her memory when the waitress walked away and Laina said, “Yeah.  She’s the worst.  She is the only person that I have actually complained about to a manager.”  Just who you want serving you when you are running late to see a play. 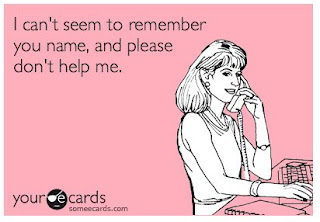 I flew home to New York on Thursday night and on my way home from the airport; Frita was telling me about teaching religious ed the night before.  Apparently he had been told that he would only have the students for ten minutes, but then suddenly he had them for 45 minutes with no lesson plan.  The night before he had “found” a book about Christmas and asked my mom if she had seen it before.  She explained that yes, she had seen it before because it was hers.  I had actually giving it to her last Christmas.  Anyway, with 45 minutes and a classroom full of 8th graders looming in front of him, he pulled out this hardcover book about Christmas, ripped it apart and handed a couple pages to each of the students.  As he was relating this story again at Sean’s, my niece Bailey, who adores books, was shocked into laughter as she tried to process anyone, ever, desecrating a book like that.  When my mother complained, Frita said, “What, it only cost 3 dollars.” When he handed me back the dust cover (which was basically all that was left of the book, I pointed out that it was in fact a 15 dollar book, but whatev’s right, Momela? 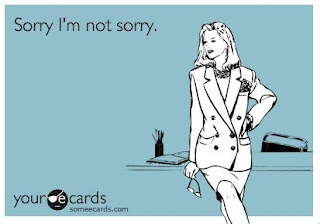 In Patrick’s (9) religion class, he actually volunteered to sing Silent Night (and he did know all the words without music) in front of the entire class.  I’m not sure his teacher knows what to do with him because she told Maureen that, “I try to trip him up all the time, but I just can’t stump him.  He’s a pain in the ass, but he sure does know his religion.”

We headed to my Brother Sean’s house to celebrate his birthday Friday night.  He arrived home wearing his traditional red corduroy sport coat.  Friday was also his second day at a new company, and the number two guy saw Sean in his holiday jacket and said, “You might not know this, but we have a policy here of not looking like a Jack*ss.”  Sean shrugged this off, but then as he was about to go down to the floor, the boss said, “You aren’t going on the floor like that are you?” 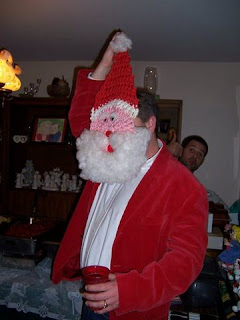 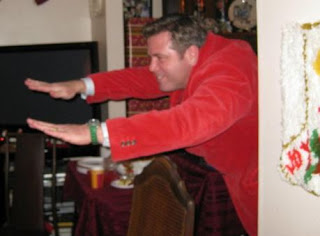 Jackie showed us one of her soccer trophies that was super cool with color changing LED lights.  As she was excitedly showing off, Handel's Hallelujah Chorus

And Morgan looked at me and said, “Isn’t this the perfect song.” 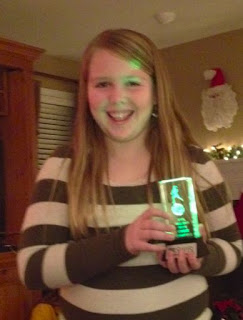 We also learned more about Bailey’s baby-sitting techniques.  She first told her younger sisters about someone who fell asleep and their sibling shaved off their eye brows.  Then every time her younger sisters bothered her or didn’t listen, she would just wipe her finger first across one eye brow, and then the other.

Before we left Sean’s, among the Happy Birthday’s and See you tomorrow’s (we open presents at my parent’s house on Christmas Eve), Jackie announced, “If you don’t see me tomorrow, call 911 because someone has locked me in the basement.” 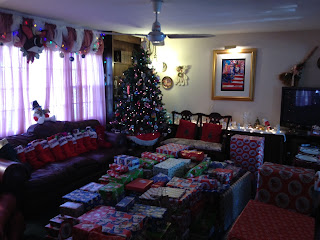 I spent a couple hours Saturday morning making sure that not only would each person have their presents in a pile in front of them, but also when you looked at the presents as a whole they just looked like a big ole pile.  Then everyone arrived, and I was, as usual very anal about everyone getting into the room at the same time, and sitting in their assigned (by me) seats, and starting at the same time.  We go around the room one at a time.  On Kyle’s (6) 2ndturn, he picked up a box that said, “Love Pop-Pops”.  We forgot to warn him about the “Love Pop-Pops/Dad” gifts, and before you knew it he had opened up a box of tissues.  The look of utter disappointment and anger rivaled those of the Jimmy Kimmel Kids 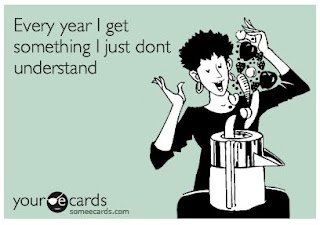 We tried in vain to explain that Frita wraps up odd gifts, but it was too late.  As my dad was opening a can of Cashews, Jackie said, “I wonder if this is Toilet Paper,” which is funny because that’s what Kyle has promised to get his Pop-Pops next year.  I got a box of stuff from 5th grade (in an Always Maxi-Pad box).  Sean got an address book from when he was younger.  He read several entries and tried to put it away until Stacey called out his self-portrait. 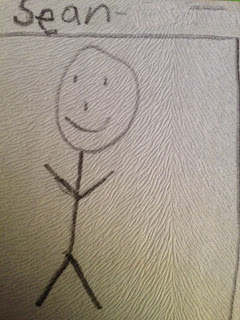 Before we even sat down to open presents, Maureen taught Kyle how to get her beers from the keg outside.  Much later in the evening, when Maureen said, “Kyle!” he said, “Mom, it’s freezing outside.”  He still went out to get her beer, though he returned saying that the keg itself was frozen.   While Maureen was still shocked by this news, Sean went out, untapped the keg, cleaned out the frozen beer from the tap, then re-tapped the keg.  When she had finally gotten a beer in her hand, Maureen said to me, “Sometimes, I’m not sure about my brother’s love, but then he cleans out the keg for me, and then I know.  He really does love me.”

I don’t want to brag, but I think he loves me too because look what he got me for Christmas: 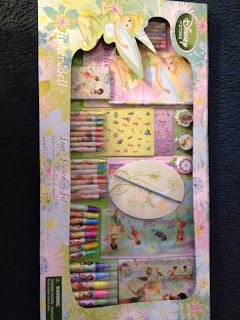 I better get working on round two to catch up.  Happy New Year!
Posted by skcorynaffit at 7:53 PM