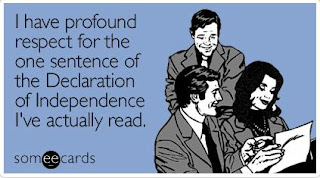 This update is going to be all over the place.  I need to go back in time a bit and cover items that I left out from a couple of weeks ago and then I’ll fill you in on what happened last week. It’ll be a bouncy pin ball machine of an update – which is much more similar to how my brain works anyway – I usually only pull it together and organize for the “historical” accuracy factor. 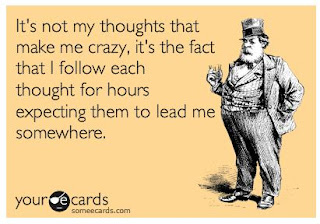 Before I left on the trip, we got a surprise visit from my Uncle Bill.  He lives in Illinois, so we don’t get to see him very often.  My mom’s family grew up in Chicago, so even though people have moved out of the state, it’s still basically the home base of the family.

Uncle Bill: Next time you're in town (Chicago), you should give me a call.
Zach:  Okay, will do.  Next time somebody dies.
(We don't make it out to Chicago that often.) 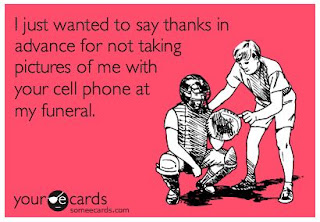 In reference to the one pound puppy in our house, Luke said, “The “baby” is not of earth.  That dog is made of Prometheus bacteria.” 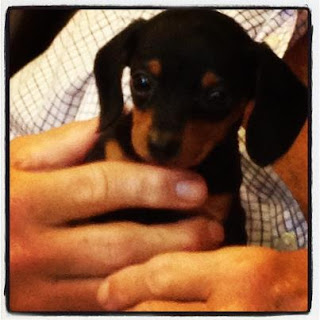 There are 3 dogs in the house now, and yesterday, as Zach was walking from the kitchen to the living room, he mentions, “You can't go four feet without running into another dog that you have to pet.”

I posted a picture of Nala in a pink Tinker Bell shirt
Me: I don’t think she cares for collared shirts.
BDug: If rage were a tiny shivering dog, it would be this one. 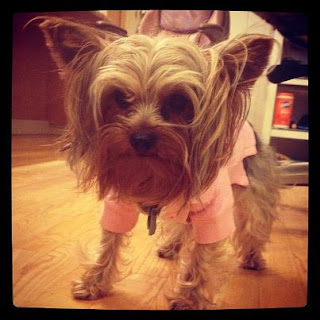 My nephews have started to text me.  My first conversation with Kevin went like this:
Kevin: It’s me Kevin.  Write back soon.
Me: Hiya Kevin!  How’s the summer going?
Kevin: J Are you sure you want to know?

When we got on the plane to go down to Florida, there was this little kid sitting in front of me.

(Rinse and repeat over the next 7 days.)

We were also soaking wet for much of the trip.  At one point, with every bit of clothing and skin dripping and drenched to the core, for hours, I heard Nate announce, “Oh no.  I got water in my shoes.  There’s water IN my SHOES. “Not even trying to keep a straight face, I told him how upsetting that must be.  He told me he would keep me updated on the situation as it developed.  And he did to my everlasting delight.

I think Kathi, the German, if hilarious.  She shared an album from our trip and I think her captions are so hilarious that I need you to look for yourself:

I started watching Game of Throne’s with Cassidy (one of three of Zach’s friends who are staying with us this summer.)  I told Zach that I was going to work on getting his friends to love me while he was out of town for a week.  I felt like Colin and I needed to bond, so I suggested we watch the Gilmore Girls together – half kidding.  Then I went up to watch GoT with Cassidy.  As we were walking upstairs, I heard Colin yell, “I’m still sulking!!” I thought the sulk was b/c of having to watch anything with me – but the next day I found out he told people about watching GG with me, and when I got home he asked when we were going to get started.  WOOT!  4 episodes in and I think I’ve won Lorelei and Rory some new fans!  (and yes, I’m making Colin sing “Where you lead” with me.)  In other news, I started watching Bunheads last night.  I love it!  (Momela, if you haven’t gotten on this yet, you need to ASAP. It is another Amy Sherman-Palladino work of genius.  I think my favorite line was when the main character is walking down the street and an old man is like “You takin’ a walk?” and she says, “Uh.  Yes.” And he says, “Wanna walk my dog?”  I think I’ll try that some time.

I had breakfast with Becky on Thursday.  As we were going out to our cars, I mentioned that I would be getting my plates the next day.
Becky:  Oh please tell me you are going to get proper license plate frames.  It is so incredibly tacky when people leave the dealer plates.  You pay so much money for a car and then you can’t even be bothered to get new frames?  That is just the pinnacle of laziness and low class.
Me:  Dude, I have new frames ready to be put on… get off my ca--- Wait, a goddamn minute.  You still have the dealer frames on your caryou’re your car is over a year old!
Becky:  Oh.  I guess I do.  That’s embarrassing.

(I didn’t like the hypocrite choices, but this card made me chuckle, so yw.) 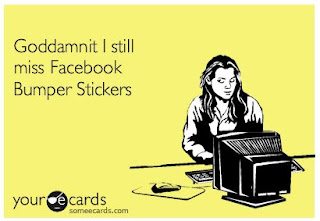 Becky: Good morning!  I am sooooo tired...  I think original pancake house gave me regular coffee yesterday.  I felt wired when we left, but I thought I was just all jazzed from seeing you.  Then during my NOA meeting it didn't wear off.  I texted Jared, "Either they gave me regular coffee this morning or I'm coming down with Parkinson's." Then I was up until midnight, so I took a unisom.  I took another at 1am, and finally got to sleep around 2.

I adore that she thought I could energize her that much but I also hope this doesn’t mean we have to stop going to the OPH.

On Saturday was Diana’s 30th birthday party.  There was this five year old with a Mohawk grabbing for some fruit.
Zach: Did he just call us ingrates?
Me: He said “Kiwi and grapes.”
Zach: Oh!  I was going to say this kid has a great vocabulary.  That’s a great idea though.  I think I’m going to teach my kids really intelligent insults to use instead of cursing.


I ran back from the party to quickly change before Adam arrived to take some photographs.  (I’m not sure if you’re supposed to “quickly” get ready for a photo shoot, but I guess that’s what photo shop is for? :P  Anyway, I was totally nervous to have that much focus and attention on myself.  Plus, I have no idea what to do with my face at any given time.  I think it’s fair to say that Adam was able to capture my personality and life philosophy of “Not being able to take anything seriously” in this one photo: 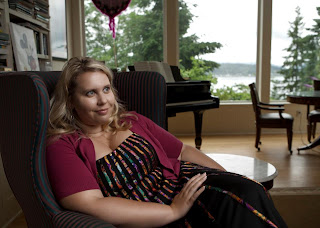 Zach: I can't believe someone would hate their family.
Zach: You know, even though I hated that environmental weather class, I learned a lot of information that I’ll never use.
Uncle Ray: What do you mean?  You just used it!
Jordan:  That would be helpful if you were working for me right now.
Me: But I’m not.
Uncle Ray: Why would you take a film noir class?
Dawne:  It was a part of her major.  I just wanted my dad to know weren't a f*ck up.
Jordan: I think you meant “wasn’t always a f*ck up.” 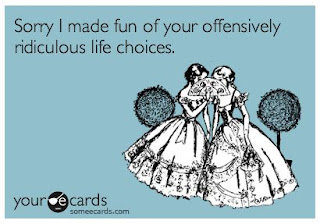 Zach’s three friends’ sleeping arrangements got moved around last week while we had another family staying with us.  After they left yesterday, Dawne got their rooms ready for them again.
Dawne: You can move back to your old rooms now.
Cassidy: Right now?
Dawne: Yup.  They’re ready.
Cassidy: That’s GREAT! I’ll tell Shannon right now.  YAY! Thank you soooo much!
Dawne: I didn’t think she’d be that excited to get back to the brown house.
Me: Oh. Well, apparently Shannon and Cassidy have been calling one of the beds “Nightmare Bed” because whom ever has slept in that bed, has had crazy nightmares. They tried to steal Colin’s couch, but Colin wasn’t budging because he also didn’t want to sleep in “Nightmare Bed.”
--I’m never going to tell you which bed is nightmare bed… now who wants to come visit?--- 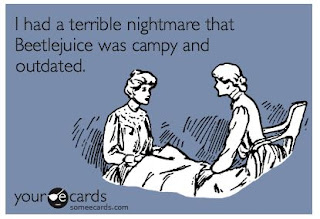 Shana and I get this text from Jen last week that is just the sweetest thing.  She’s was thanking us for our friendship and telling us how amusing we are and that “We are really truly humorous and that counts for alot” and just a bunch of really nice words.
Me: I’m glad you didn’t include Laina.  She would have said something snarky about making “a lot” one word.  And then I posted: http://hyperboleandahalf.blogspot.com/2010/04/alot-is-better-than-you-at-everything.html
Jen: I like this alot.  Also thanks for grammar slamming me right after I told you you're my funniest friend :P
(I’m not good at receiving complements.)

As some of you might know my sister is much tougher than I am.  She is a self-proclaimed, uncompassionate (though that seems harsh to me… which maybe just emphasizes the point) individual who rarely cries or gets emotional.  Last year, when someone was retiring there was another teacher who was crying at the ceremony/last day.  Maureen basically told this chick that she was a big baby and that it wasn’t like the person was dying, they were just retiring.  I wouldn’t be surprised if there was additional mocking from my sister on that day and days to follow.  Now, at the end of this school year, the head of the math department was retiring (who was also Maureen’s mentor.)  Maureen started getting a little emotional and immediately ran to the bathroom to hide.  When she got there, who was also in that bathroom?  The same woman who Mo had mocked mercilessly the year before. She knew she was in for it, and even tried to take the mocking on the following days, until she couldn’t handle being the one who was getting made fun of and said something to the effect of, “The only reason why I got weepy like a little girl is because I’ve been hanging out with babies like you too much.”  Or maybe she just quoted that old drug commercial, “I LEARNED IT FROM WATCHING YOU” either way, really mature.

Other updates, I went to the eye doctor and either I have some permanent eye damage… or more likely… this is falling into the “Tiffany takes forever to heal” category.  They also gave me new contacts that make my eyeballs uncomfortable, so plan on me blinking a lot for the next week as I pretend to get used to these.  When I went to get a mani/pedi, the Vietnamese chick there gave me a lecture about getting lasik, and despite how many times my brother has told me to get lasik, this chick solved main issue with the surgery.
Me: I don’t know.  I don’t like knowing that I can’t rub my eyes afterwards.
Chick: Just don’t do that.
Me: But what about when you’re in the shower and water gets in your eyes!
Chick: Don’t take a shower.
Dawne:  You don’t know her.  That’s not an option.
Chick:  Fine.  Have someone else wash your hair in a salon for a week or wear goggles in the shower.
Now my concern seems *almost* silly. I’ll keep you posted.

My nephew, Kyle, came walking out onto the deck holding a 10 pound bible in only his underpants.
Mo: Are you wearing underpants?
Kyle: YES!  Mom, how old is the youngest saint? Can I be a saint?
Mo:  You have to perform two miracles.
Kyle: I do come every time you call us to help you.
Mo: So close, Honey!

Have a great fourth people! 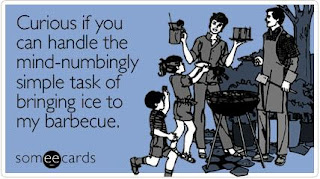 Posted by skcorynaffit at 12:48 PM