It’s been three days since my last update, I think it’s fair to say this is going to be [as] brief [as I ever get.] 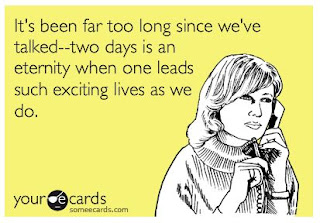 Other than a bunch of work stuff, I also watched a bunch of TV. Thrilling! I’m also convinced that work changed the brew of coffee in the Starbucks machine, because it has been especially amazing lately.  So good, in fact, that I’ll probably refill three times before I’m done writing.   I also started brushing up on my Spanish. While I might have 8 years of Spanish under my belt, that belt hasn’t been used in ten years, so I need a lot of help.   I promised Kathi I would be in top form for South America 2013(!!!) so I did a lot of studying this weekend. 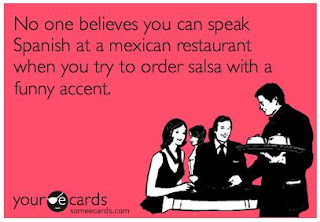 We had a team happy hour on Thursday night, in which Christy announced that she had never been good at team sports. Something about saying that AT a team meeting, was hilarious to me.  As soon as we sat down, I said we should see who breaks down first to look at their phone, which was chuckle worthy, until I realized that I was definitely the first person to check work email.  I had to!  And then, when I saw that I needed a file off the share, I looked around and thought, “Who would still be working right now that could help me do my job? Tyler!” and he was, and he did.  And I thank him thoroughly for helping, and not vindictively sending me the wrong file.  (To be fair, he didn’t know that I was asking for the favor from a bar.) Long story short, we had some drinks and apps for an hour or two before I officially triggered so that I could meet Dawne, Aunt Pat, Cassidy and Shannon to get our nails did. 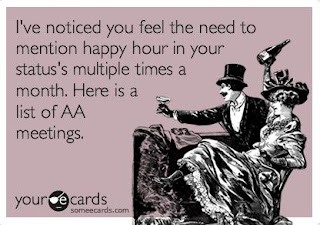 Zach has been playing the top game apps to figure out what people love and want to spend their money on so that he can create top selling games.  As he was discussing his ideas last week, Lucas reduced Zach’s ingenuity to one sentence when he said, “I can't wait to make a meme of ‘Idea man Zach’ as soon as I learn how to use that photo shop the kids are talking about.” 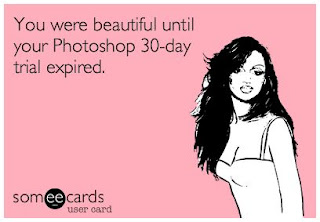 After Zach brought home a new laptop:
Me: Since when have you been a PC?
Zach: Since it’s a third of the cost. I'm brand loyal but I'm also very cheap. And you know what's funny? It's not even my money. [Dad] would have bought me anything I wanted.
This, my friends, is where stereo types get reinforced. 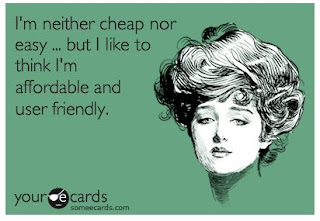 Saturday morning we all went to the dog park, and then I “attended” my niece Morgan’s birthday party via Face Time.  I got cupcakes and candles, sang, and then told her to blow really hard.  You’re not trying hard enough.  Really blow! I though this whole scenario was hilarious – though I’m not sure she found it as amusing to get cupcakes that you can never eat.  I also thought it was funny that people at the party heard my voice, and thought I was there – but Bailey, who I was talking to kept saying, “I can’t hear you – I can’t hear her!”  Technology. 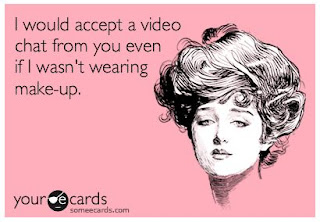 We had very good intentions of seeing a video game themed burlesque show Saturday evening, but it got sold out.  Super sad face.  When I called Becky to tell her, she was on the phone with someone else.  I figured, by the time she got off the phone, I could make it over to her house.  I stopped to fill up Stella’s tank – which is when I saw a small child almost get run over.  The little boy was probably 1 and ½.  Walking, but just barely.  He was accompanied by two young men between the ages of 17-19.  They were walking through the gas station/Jamba Juice parking lot.  Neither were hold this little boy’s hand.  He fell once, but not badly.  They two guys were oh so helpfully telling him to “Keep up buddy” and “Let’s go kid!” until eventually, they little boy was way behind.  He smiled at me, as I told him to look ahead and catch up and as I was about to run over and just walk this kid to his Adult friends, a car came speeding around the corner.  Luckily, instead of needing gas, they just parked in one of those gas station parking spaces that you are always like, “why do they even have those?”  If that wasn’t this SUV’s goal, there was no way I would have been able to save him – and his adult buddies were both 30 ft from him and looking the other way.  When I repeated this story to Dawne: 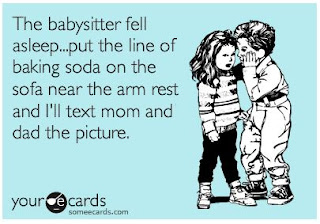 Anyway, post little kid incident, I drove over to Becky’s so that when she called me back, I was standing outside of her door and she could hear my phone ringing through the window.  Sorry, I got impatient.  From there, we headed to “Bite of Seattle”, only parking was crazy, so crazy we decided to Valet at the space needle, but even that was full.  We gave up, and headed to lunch at the Lunchbox Laboratory.  No sooner had we sat down when a gentleman asked if he could sit down and tell us a story.  This led to he and his friend joining us for 45 minutes.  Naturally.  Two guys, one bald, but used to have long golden blonde hair, and guy from Baltimore.  28 (or 30 depending on which one you asked) years ago, after being held in a jail in Mexico, the two guys, who had been in the US Coast Guard, drove from Mexico to North Carolina.  There, Balto dropped off Bald at the airport, paid for Bald’s plane ticket home, and then they promised each other on July 21’s at noon, they would meet at Pike Place Market.  Without seeing each other, or confirming plans, they met that day a la Love Affair or Sleepless in Seattle. 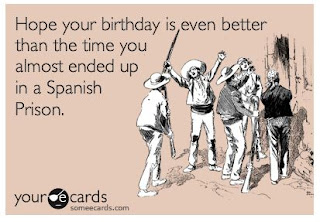 Bald also tried picking me up, while Balto tried to explain that we did not want to be picked up.  Bald also asked if I was an athlete – to which I replied, “Well I did play soccer this morning with the dog.  We’re trying to teach him to play without biting the ball.”  Balto also tried to tell me that I couldn’t possibly have more than 4 friends, and that people don’t change after age 8.  Oh.  really. 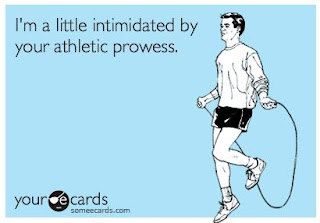 Of course there was a delightful story about Barbados.  Apparently, Bald met up with a guy who had been in the Marines with his father in Barbados.  The Father and Friend hadn’t seen each other in 20 years, but the friend recognized Bald because he looked just like his dad.  The Friend took Bald and Balto to the brothel that he owned in Barbados.  When they got there, in the lobby, there was a monkey named Skippy, who was pleasuring himself.  Balto didn’t think that was an appropriate thing to do in front of ladies, so he tried to distract the Skippy from his nuts, with a peanut.  Skippy didn’t appreciate the interruption and promptly bit Balto on the finger that was extending the gift of nourishment.  Balto wrapped his finger with his shirt (he was bleeding quite a bit due to the blood thinning qualities of Rum.)  Balto and Bald tried to see a doctor, but because Skippy was a monkey, they had to go back and get paper’s signed saying that the monkey didn’t have rabies . But they didn’t stich the wound because of the bacteria that monkey’s carry.  This caused Balto, who normally would do a lot of hand work with ropes and such on the ship, to have to hold up his pointer finger high for 8 weeks and direct instead of help.  If only he knew how well I can relate to that situation.  I’m surprised I didn’t show him my scar from cutting that banana (a food that maybe Skippy actually have enjoyed.)

Oh! And Bald kept starting every story with “True Story” and Becky explained that he wasn’t using that phrase correctly.  See I like to tell a story, wait until I see if you think it’s believable or not, and THEN say True Story.  Otherwise you just sound like you’re a liar. 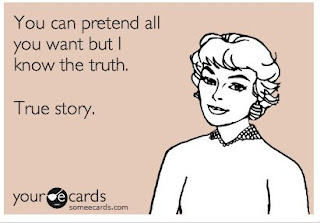 After that jaunt, I dropped Becky at home and headed to South center for dinner and shopping.  Earlier that morning, I was sitting outside with Dawne and Lucas, and Lucas was talking about wanting to put a down payment on a bass amp.  I started giving him a hard time about giving up on DJ Supa Squids, even though, I know that he hasn’t at all given up on his turntable career.  I had a delightful time riling him, until finally Dawne called out what I was doing.  Then at dinner, Lucas did the exact same thing to me, only this time in reference to diets.  Until, of course, Dawne pointed out what he was doing.  Lucas 1, Tiffany 1.  This game is not going to end well.  We celebrated our tied match by listening to some Salt-n-Pepa and watching She’s All That.  That Freddie Prinze Jr. Am I right, people?

Speaking of musical careers, Rick, from work said the other day, “Seeing my 3 year old beat box is the cutest thing ever - especially because it’s just him spitting on his arm.” Ad – or – a – ble 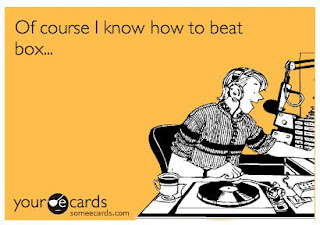 Sunday, we jumped into the pool for a bit.  Mila, Dawne’s friend is in town. She asked about the fish in the lake and soon we were talking about Salmon.  Lucas summed it up by saying, “It's a majestic journey that ends with their death.”  I had really good intentions of going to Kirkland Uncorked and other fun times with the fam, but realized that my ears were hurting enough that I needed to take a nap.  I finally got up and read some more from my Spanish for Gringo’s book, watched the end of When Harry Met Sally, and then I went to sleep again.  EXHILARATING.

Posted by skcorynaffit at 3:27 PM