While we were playing Canasta on Friday night
Maureen: Know what I'm in the mood for? Matzoh bread from 1997.
Frita: I finished it this morning.

True story.  My dad ate the last two pieces of Matzoh out of this box on December 21, 2012.  His discerning pallet proclaimed that they tasted just like they did when he opened the box (in what I can only assume was 1995.) 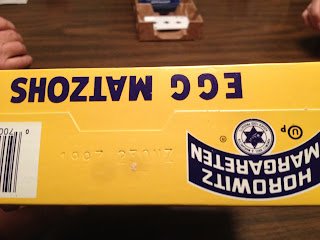 The evening before this, I took Percy on his first plane ride.  There were copious amounts of turbulence during the last 30 minutes of the flight.  So much turbulence in fact that by the time we landed, at least one person from every row started throwing up.  As we were deplaning, there was a trash bin filled to the top with sick bags.  Percy didn't even wake up.  Clearly, he's used to me throwing him in a bag and toting him all over the place. 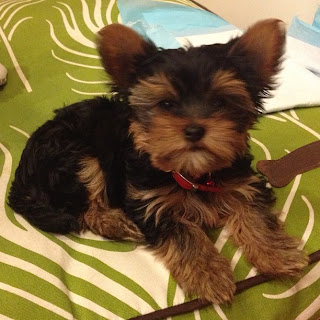 Last week, Maureen took Patrick to audition for a part in Beauty in the Beast.  His plan was to wait for 2 and 1/2 hours for a part in the ensemble.  When he came out of the audition, Mo asked him what song he sang and he proudly announced, "HAPPY BIRTHDAY!"  He didn't get the part of the ensemble - instead he'll be playing the part of .... wait for it... GASTON!!

Maureen also took the boys down town to see the tree, the decorations and check out FAO Schwartz.  They were each given some money to pick out something that they wanted.  There was a guy testing out a plane at the store.
Kyle: Hey. How much?
Guy: $11.99
Kyle: Sold.

Later, upon receiving a pretzel, Kyle exclaimed, "This is the best day of my life!" which was followed by Kevin yelling, "GROUP HUG!!"  Best. Nephews. Ever.  In case you didn't want to take that story alone as reason for their awesomeness - on Thursday, Kevin said grace.

Just to jump back, and make sure I didn't leave anything out from this update.  Monday, my department had a holiday bowling event.  We played a little darts (I totally would have won if we were playing regular cricket - but instead we were playing a modified cricket so even though I got all of the targets hit before anyone else, I still didn't win.  Lame!) Naturally, I was the worst bowler - but I made my piece with this sport a long time ago.  I did like those who were trying to eat with their right and bowl with their unnatural left (Kelly) to avoid mixing the germs with sustenance.

Tuesday, Lucas got licensed to drive!  We went out to Spazzo's to celebrate (with a not so quick stop at lens crafters to pick up my glasses from back in June.  And you wonder why I procrastinate these tasks.)  Wednesday, I asked my hair dresser to turn me into a brunette.  When I met with the fam for dinner that night there was a lot of "Why did you do that?" and "I guess we'll get used to it."  My thoughts exactly.  The chick at the aveda studio was like, "When you came in all I noticed was your hair and now I notice... your eyes."  Oh great.  I got rid of my defining quality.  Super.  :)

Thursday, I took Percy into the vet for another shot and health certificate.  He's 2.3 pounds now.  Did you know that they give the same dosage to a 2 lb puppy as a Great Dane puppy?  And this is why he sneezed for a week the last time he got a shot.  (The sneezes were incredibly cute.) 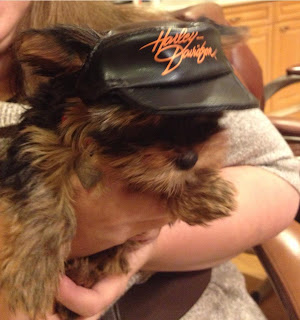 I got this text from Becky on Friday too: Lol!!! Jared: I saw I was in this week’s email, but only because I mentioned Tiffany. It's like a Christmas gift exchange but with only words and you can't take anything back.

Saturday, Mo had folks over to her house for a pre-holiday bash.  Percy had another eventful day with a black lab and Bella - that's pretty much been every day - but more on that next week. 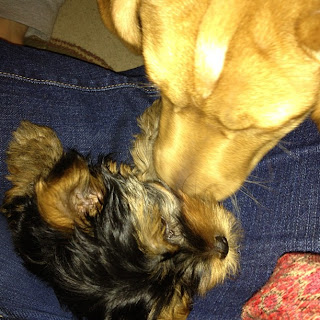 Sunday,I had breakfast with Evivova at JV Bagel.  It was as awesome as always, but possibly better because we were talking weddings and babies.  Then we headed to JV Mall where we shopped for her little brother and I saw Zach's game in the store! 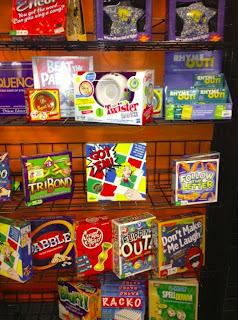 That same evening, we went over to Sean's for his birthday.  I gave him a card that said something like "Happy Birthday! Let's High Five!" And on the inside, "Or not.  We don't have to be dorks about it".  He opened his first present, a sign that said, "It is what it is."  And then, as he was opening the second one, I asked him to guess what this sign said.  He correctly guessed, "It's all good."  Then, like the dorks we are, we high fived.  (Like Nater and Kevin, Sean also got a Beard Head, the official gift of 2012. :)

I hope you all had a lovely holiday, and I'll write more next week about my trip to NY.   (Oh and sorry – but Someecards was not liking me today.  I’ll make up for it sometime… not necessarily soon, but some time. )

Posted by skcorynaffit at 8:56 AM