I had a moment in which I was really stoked to go to Iceland because there was a super sweet deal that came into my inbox.  When I asked my co-worker about it, she said, "I've never thought about going to Iceland is it cool there?" 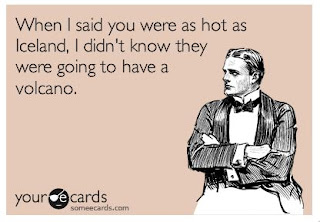 As I might have mentioned, some of my favorite gifts are from my dad.  Just my dad.  Frita will go around the house and wrap up random "treasures" that have been left around the house for a decade or two and gives them to us.  This year, Frita complained that I don't take my crap back to Seattle with me.  (Truth time, I don't take everything back with me, but I do throw out 75% of my "present" every year.)  He also decided to circumvent the system by sending every drawing I ever did in Mr. Giam's 2nd period art class.   One of the master pieces included an in depth explanation for the low quality artwork which started with a complaint about the lack of art supplies provided by the school district (I didn't have a second piece of paper to start anew when I messed up the first one) and then proceeded to take me high and higher on my soap box until I lost all sight of the issue at hand.  Classic Tiffany. 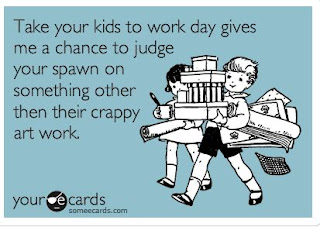 I have two "Classic Kevin" Quotes for you also this week.  The first was from Kevin to Donovan, the Doreen's son, ""You're obsessed with crotches".  I don't need context - Do you?

The second was contained within an email from Frita:

Kevin is watching Rudolph setting out on his own, sneaking out of the house on the island of Misfit Toys and remarks, "At least, why doesn't he at least shut the door?"  Needless to say, his grandmother remarked, "That is what we have been saying to the our grandsons, every day, for years." 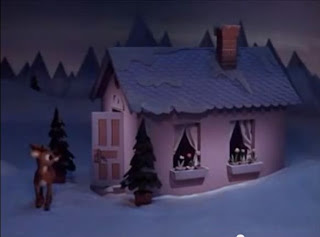 Last week, we went to see Lincoln and when I asked the boys what they thought of the movie, Lucas replied, "I was really inspired by the facial hair."  He really GOT that story.

On Wednesday, we had a meeting of the "Try New Things Club."  We went to the Mongolian Hot Pot, and I brought Lucas and then Zach met us shortly later.

Albert: Look other white people!
Me: Just one?
Albert: No, they come in pairs.

Albert was really cool about explaining what was in both broths before we got started.   I requested that we have a "pure" side that only vegetables, noodles and chicken could enter - and boy was I glad that  the two sides were separated by steel.  I was also sticking to my mantra that "First rule of try new things club was that you don't have to try new things."  Especially when they started eating these guys: 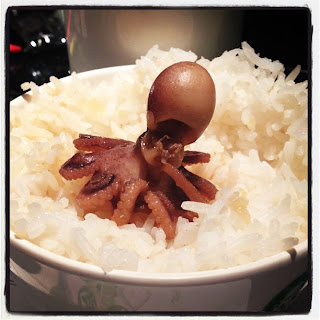 Momela's comment later: Wouldn't even eat the rice that it touched!!!!!

Kelly: Have you ever tried that?
Me: NO!

Lucas: You know, when I think back to the things of my nightmares, they would come from that side of the pot.

Me to Adrien as he put more food into be cooked: You're good at this... in that you know the rules;  Don't mix the sides.
At one point a noodle fell, teetering on the divider to which I panicked until someone pulled all of it over to the bad side.

I was actually really impressed with Zach because not only did he eat from the bad side, he also was able to eat knowing that everyone's chopsticks were going into the same, shared, pot.  For someone who has been known to, when asked to share his drink say yes, and then never drink from the drink again, this was a HUGE accomplishment.

Albert:  You should try that Asian Date.  The best way I can describe it is... do you know what Hammer pants are?  It has the same composition as hammer pants.  You should totally try it.

Lucas:  Know what's the worst?  When kids turn your book bag inside out, put all your books back inside, and then zip tie it closed.
Me: Has that happened to you?
Lucas: Not the inside out part, but someone did zip tie my bag, then asked me if I had scissors.  When I said no, they felt bad, and cut it for me.
Albert:  You need to find lesser kids and flip their book bags inside out with zip ties.
Kelly: And then zip tie their scissors too!

On Friday, I took Percy for his first shots, and then around to local stores for a Halo Product check.  Unexpectedly, I got invited to the Microsoft holiday party which was pretty cool.  They had Laser Tag, Curling, Mini-Golf, ice skating, and a 12 foot tall ice block / shot luge. 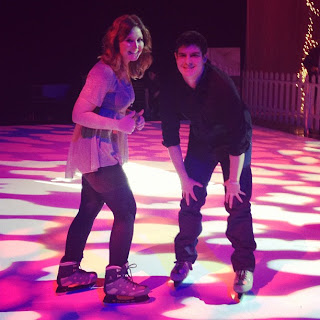 When we took a picture, we also got to choose a background.  Naturally, we chose the one with the Master Chief to which the chick helping us said, "Which one is Master Chief."  You'll learn by the end of the party, I'm sure. 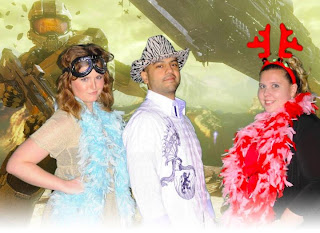 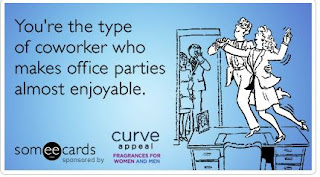 On Saturday, we did some on line holiday shopping until Dr. Rach arrived to make cookies!  Making the dough was super fun as we got caught up in the excitement of the recently announced engagement.   Which totally made up for the fact that we ended up not being able to actually make the cookies because we had to get down to Tacoma.  (BTW The dough is still in the fridge - should I make cookies with it now?)

Why did we need to go to Tacoma you ask?  To see the How to Train Your Dragon Live Spectacular!!! And it was, truly spectacular.  Here, take a look see:

Before the show, a little kid in front of us asked his mom for a snow cone, to which he received an immediate and resounding, "No."  Not waiting even a millisecond, Lucas turns and says in a whisper, "Hey mom, can we get snow cones?"

Nate (referring to the "barrier" around the stage): Those dragons can totally jump that.
Lucas: They're trained dragons, Nate.

Sunday we tried finishing up our shopping, including taking the circus that is the three dogs to University Village.  I tried putting Percy on a leash for the first time (he didn't care for it), and wearing Nala's coat, (a little too big) and putting him on an escalator (he just sat there and shook.)  On our way home from the store, we saw this sign outside a local church that was advertising the holiday performance of "The Shepard's Tale."  Jordan said, "I was talking to this kid on line at the store and he was very excited about The Shepard Tale because he got the part of second lobster.

Sunday night, I took Percy to socialize with Shana's pups (he was a little overwhelmed to say the least.) Shana was having a Arbonne party with facials and wine.  I mentioned that my face was a little sensitive.  Then, as we were doing the first step of cleanser, I jokingly said, "I hope someone brought the Benadryl!" On the second step I whispered to Cathy, "Is your face burning."  She giggled.  Then I said, "No, seriously.  Is your face burning?" The woman doing the demonstration gave me toner to help, but that just made it worse.  Shana, "How do you clean your face?" Me, "With Neutrogena for sensitive skin!!" I took all of the stuff off my face, and poured everyone another glass of wine.  When I got home, hours later, and put my face on my super soft pillows, it felt like sand paper.  I'm still a little raw, and it's Thursday.  Like anyone was REALLY surprised that I'm sensitive. :P 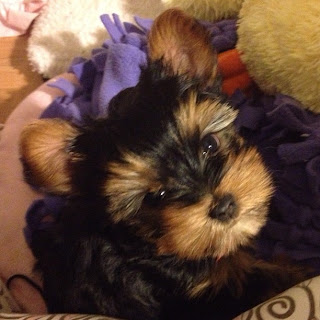 Posted by skcorynaffit at 1:13 PM