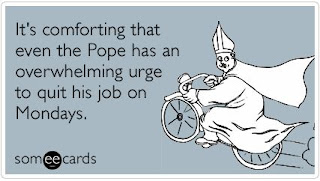 Last week we tried watching a Western.  Once Upon a Western I think it was called – really we just found a somewhat highly rated western on Netflix and gave it a whirl.  I can’t say it’s my favorite genre.  I wanted to give it a fair chance, but it was soooo slow and the one fast paced section of the movie was filled with horrifying and unnecessary violence.  I took a shower, came back, and the plot had not progressed.  Can someone tell me if this is true of all westerns of yore or just the ones with Charles Bronson?

Lucas: I watched this video the day, The Guitar Artistry of Bill Frisell.  What a missed opportunity – I would have called it The Guitartistry. 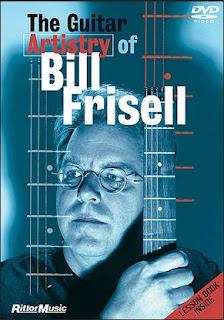 He immediately had me experience the guitartistry in all its glory.  This was my particular fav:

Jordan was telling this story about his friend who, for 20 years told this story about playing with John Lennon on stage.  For twenty years, no one believed him, until the video showed up on YouTube.

Jordan: It was the Woodstock of New York.
Lucas: Woodstock was in New York.

If that is the case, and I’m not saying that it is or isn’t, my friends and I had quite the day on Friday.  I had the day off because 95% of my office was switching desks.  I spent that day off taking the pups to the park, going to Pet Smart, lunch, then teaching Percy and Lucy how to come to other people, staying in the yard, and teaching Lucy how to go down stairs.  It was a pretty awesome day.

Saturday, I went to puppy class with Pam, and then Dawne and I met Dr. Rach to buy her wedding dress!!! I kept thinking in my head that I just wanted something simple when I got married, or just wanted to wear my mom’s wedding dress and then I turned around and saw an absolute Disney’esque princess dress.  This isn’t the dress, but you get the idea: 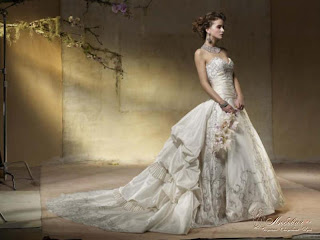 Eva: Also if you want to come to my house on that Saturday night to rehearse we will be there with my fam. But if you have plans no worries. We can wing this!!
Me: We are NOT going to wing your wedding!!
Eva: Haha Okay.

Did I mention that I spent 70% of last week watching 3 seasons of Downton Abbey? 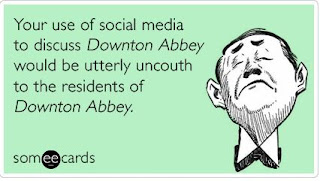 In case you were thinking that I was the only one who has fallen in love with the puppies: 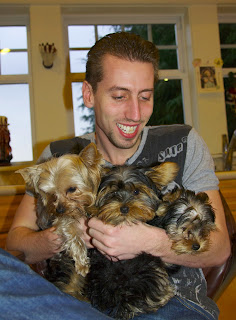 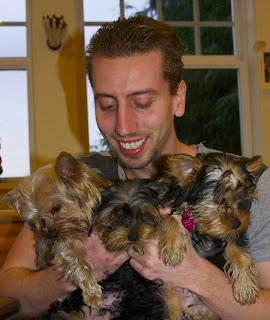 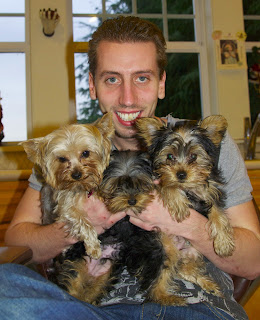 I plan on having an “Orphan’s Thanksgiving” for Valentine’s Day this year expressly to watch romantic movies like You’ve Got Mail, Valentine’s Day and Silence of the Lambs.  I was talking to Kelly about organizing this event and another “Try New Things Club” meeting next week.  I guess one of our co-workers just found out about the TNTC.
Kelly: Kyle was really mad about not being invited to the TNTC. I told him it was because of his nut allergy and that's when he asked me to de-band the club.
Me (after I stopped giggling): Did you ask him to the next meeting?
Kelly: No. Of course not. He can’t come to a club he wants to be de-banded. 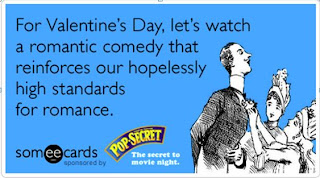 Posted by skcorynaffit at 8:10 PM