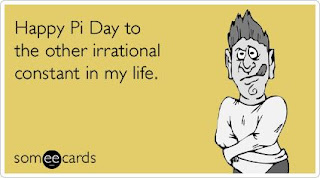 At work, we have this "Chief of the Week" that is given to exemplary employees.  At least that's what the concept is, though I secretly think it's given to people who look like they are about to quit.  Anyway, I got it last week.  But because it happened last week and not the previous week it wasn't in my update.  Clearly, as I get busier and busier and send updates later and later, this distinction becomes harder and harder.  Anyhoooo I got this email from my bro:

“No mention that you are the Chief of the castle?!!  That's rediculous.

I'm sorry I didn't congratulate you right away.  I meant to, but then I guess I didn't. Thought it though. Does that count a little?”

I got a new boss last week.  He's pretty awesome, though he did use the word funner the other day, so I'm not sure if I can trust him.  On the same day, I went to an Art Walk to see a friends art.   There was a giant "F" in the window of the gallery that was knitted.  Our friend  saw it and said, "Look at that big F!It stands for funner."    Also on the same day I tried spelling "installment" and Word refused to accept the spelling.  I checked on dictionary.com and it said, "in·stall·ment
1  [in-stawl-muh

nt].”   See that w?  New Yorkers around the world have been vindicated!  I can stop hiding my accent!  Boo and Yah! 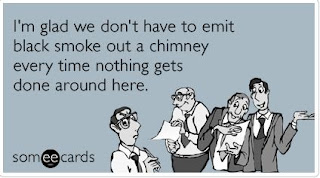 On Friday night, the fam and I went to Maggiano’s to celebrate Jordan’s dyslexic 35’s birthday, followed by seeing Oz at the IMAX and then meeting Kelly at Kells for her birthday.   During dinner, Luke told us about going to the skate park.  This guy, who had gone back to Japan for a while, had returned, albeit injured.  Lucas declared that, “Even with a broken ankle, I had a hard time keeping up with him.”

We were also talking about an invention that could convert music from major to minor.
Jordan:  This begs the question, is major always happy  to minor always sad?
Lucas: Yes.

Saturday, we had a bit of a traffic set back.  On several fronts.  I was planning to meet Kelly, Jay & Rach to pick up sandwiches at 11 before going to Gas Works park.  Dawne convinced Lucas to get out and enjoy the beautifully sunny day, which meant both had get showered up in under 20 min.  Anyway, running a little late, Dawne went a different way than usual (which I thought was longer, but in actuality, she was totally right and any other day it would have been faster) but we got off at the wrong exit.  Did I mention how neurotic I can be when I’m running late?  So Dawne has me, sitting next to her stressed, which in turn stresses her out. By the time we got there, Rach was leaving, Kelly and Jay weren’t there yet, and Lucas was VERY hungry.  So we went somewhere else to get food and then off to the park.  The park was super fun – but then on or way home, I saw that Kells was a “6 minute” drive – and I needed to pick up the credit card I left there the night before.  The 6 minutes ended up to be more like 45 minutes, and Lucas was not pleased.  Then on our way back, the GPS told us to go a different way home – very close to home – which added another 5 minutes to our trip. 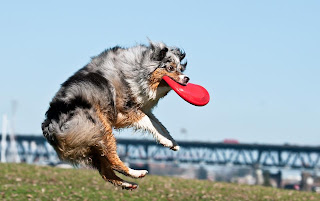 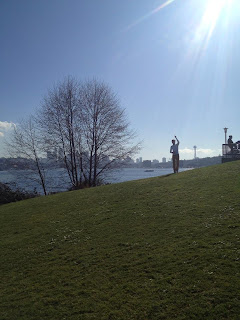 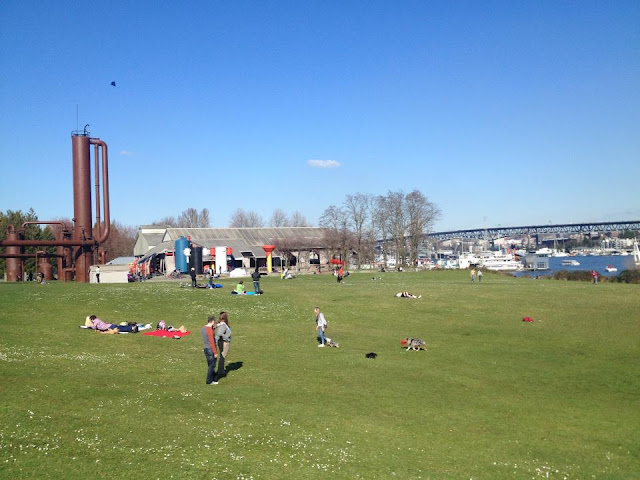 Lucas:  This is a nightmare.
Dawne: Oh look! Another dog park!  Should we stop and take the dogs?

When we finally got home, we had to hurry up and get fancified for an Zach’s auction.  (He wasn’t being auctioned, his DECA group had organized an auction and Dawne, Dr. Rach, Becky and I were all attending.)  Here are some of the highlights:

Becky: I have friends who, when they are away, need me to check every day to see if they have packages.  Even if they are coming back in a couple of hours, they will still ask me to run over to their place to check for boxes.
Rach:  You should send empty boxes to them that are labeled, “1, 2 & 4”

I think I told you about how Evivova was judging a science fair at Stacey and Maureen’s school – and she found out that the head person at the place she wanted to intern at was also judging.  She was very excited, but also worried about “hiding” that she was pregnant.
Rach: Just tell her that she has her period and is a little bloated.
Dawne: Or hasn’t had her period in 6 months – she’s saving it up. 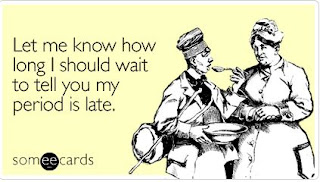 Becky:  My friend has this little baby and she keeps making incorrect references.  For example, she’ll be throwing up and she’ll say, “Whoa, we have a little Poltergeist here!” and her husband will whisper to her daughter, “She meant Exorcist.”

There was one particular item that was being auctioned that Dr. Rach simply had to have.  She put a bid down, and a little while later, Kevin put bid down. 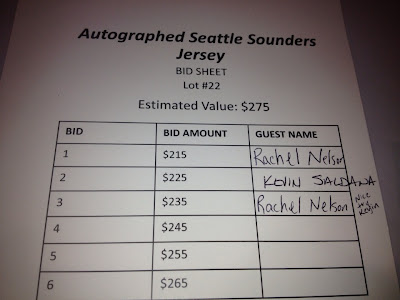 Later, Dr. Rach went back to check things out, and there was a guy inspecting her coveted item.  I told Dawne I would chip in if she went over there and while they were distracted/talking, swoop in and put your name down for the max bid.  And she DID! Annnnd it came with a FREE hangar! 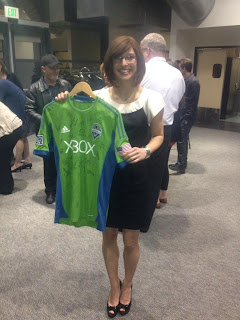 One of Zach’s friends, also in the DECA group, was talking to us at the end and said that he was able to go to the final competition last year because some guy, not knowing that he couldn’t, took all of the bottles of wine from each table at the previous auction, and took them home.  He realized that the wine was not for taking, he brought the bottle back, without opening them.
Becky:  That’s the worst kind of crime.  He didn’t get to drink the wine! 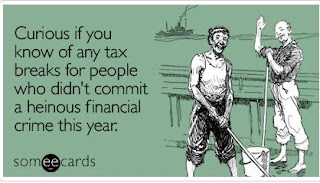 On Sunday, we were at brunch.
Me: I’m so excited, it’s Matzoh season!
Lucas: That Matzoh was baked on the back of my people.  That’s why there are holes in it – from the back hairs. 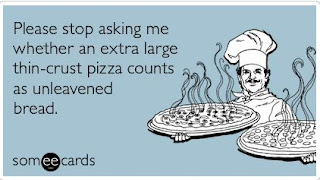 After brunch, Dr. Rach came over to discuss wedding stuff.  We ran out on a scouting mission and picked up Starbuck on the way back.  Dr. Rach took her first sip and said, “Blech! That's good coffee.”   I’m not sure she understands what “Blech” means.

I hope you had a good week – and I sure hope I am closer to being on time next week!

Posted by skcorynaffit at 5:04 PM