Let's be honest, nothing outside of work really happened for the better part of last week.  However, that's boring adults always say when you ask about what's going on in their life, and I keep wishing and hoping that I am better than that.  Oh!  I did have to drive back to Kells to get my credit card that I left there LAST weekend - but I think my expectations were slightly higher than that.  Let's see what I can come up with. 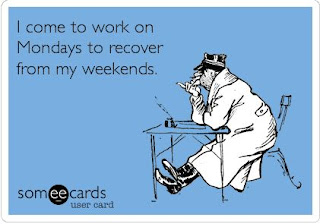 Friday, I worked from home and I accomplished so much I wanted to pat myself on the back, and then give myself seven “gold stars”, and ask to work from home at least one day a week.  It was also Zach's birthday and he wanted fondue at home.  I'm all for fondue - love it actually.  I am also extremely uptight.  So the whole, throwing together a quick fondue dinner party was extremely distressing to me.  Ultimately, though, it was a pretty lovely weekend and it was nice seeing everyone.  Even Mila showed up from Chicago with her new baby Lukian.  Here's Luke holding Luke on Saturday morning: 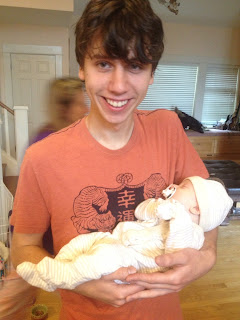 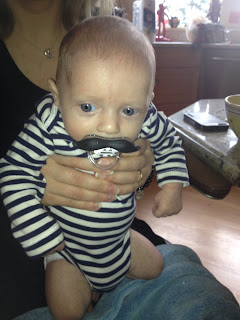 Casper was immediately lovey and protective of the baby, while Percy perked up and came running every time that someone said, "ADORABLE!" 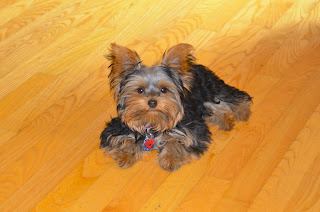 Dawne, Jordan and I had a very dog-centric day actually, with a visit to an indoor puppy gym where Percy was able to run through his first obstacle course - which he did perfectly, right away. 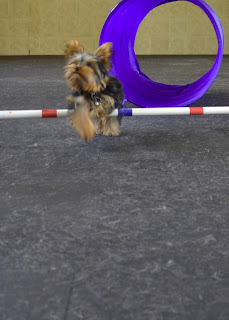 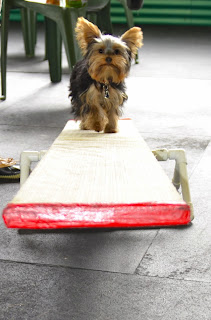 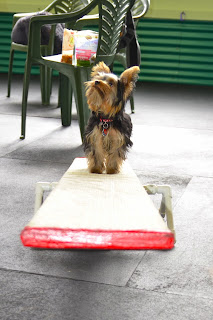 This is Percy running after a lab - he can really get some air! 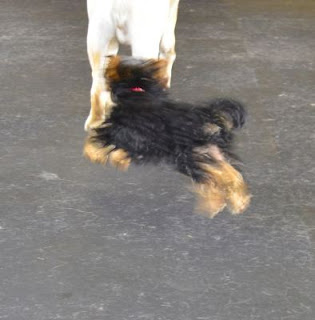 Then we hit up our favorite dog friendly restaurant, Norm's because the pups had worked up an appetite. 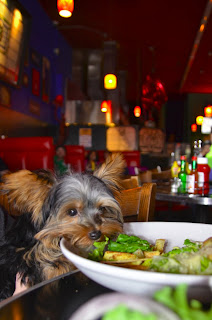 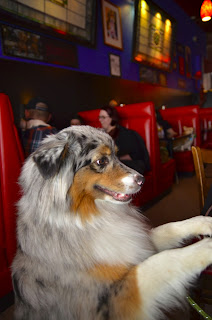 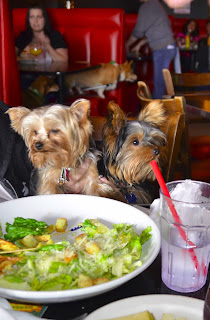 Saturday, evening I attended a "Try New Things Club" meeting at a Moroccan place in Belltown - complete with belly dancers.   I ate the whole meat with my hands - including the couscous. Here is the second course.  In case you can't see it from the picture - you've got a pastry covered with powdered sugar that contained hot ground up chicken within.  YUM.  :) 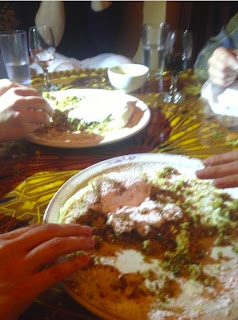 Andy:  See, I'm picking it up with my fingers, then dropping it into my palm, and eating the food from there so I don't put my fingers in my mouth and then go for seconds.

Andy: There is a ton of beef in my shoe.
Mike: I thought it was chicken.
Andy: Oh, well, then it’s okay. 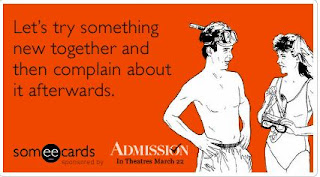 After dinner I went over to Laina's house where Shana had put alcohol into everyone's wine apparently.  I was a little bit behind, but played "Loaded Question's" anyway.  During the game, everyone kept confusing my answer with Anders, I can only assume that they were confused because we are both terribly witty. 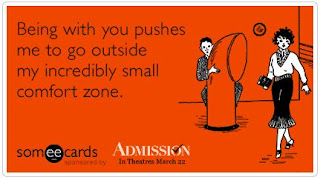 Oh, I also got Laina a shirt - I think she liked it. 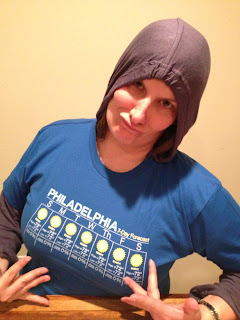 Shana brought out Paleo tarts for dessert to which Rach said, "Who is doing paleo?  (Putting a bite of tart in her mouth) Why am I doing this?  I feel like I'm being punished." And then handed the rest of the tart to her fiancé Anders.

Meanwhile, Percy was mad that I left him at home and peed on Dawne's pillow and couch and had to sit by his lonesome in punishment. 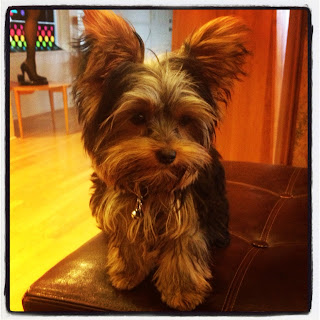 Here's a bunch things you thought were true, but aren't, and now all of your anecdotes will have to be updated.
http://mashable.com/2013/03/14/50-common-misconceptions/

On Sunday, we had a bunch of house guests over to do crafts, watch movies, and play with camera's.   Then, bundled up in winter coats and blankets, we took the boat out.  It was Percy's very first boat ride - and I think he liked it a lot. 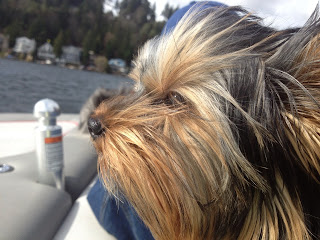 This St. Patrick's Day, I really wanted to have a PLAN.  Christy came up with one for me.  A bunch of us got tickets to see the Paperboys at Tractor Tavern - and I had a blast.  I actually like the opening band (the Renegade Stringband) better than the Paperboys - but both were super fun.  Bonus! When we got back to the car, Becky was very relieved that the 100 dollars' worth of Girl Scout Cookies had not been stolen (proof of how powerfully pathetic girl scouts can look in front of the grocery store.) 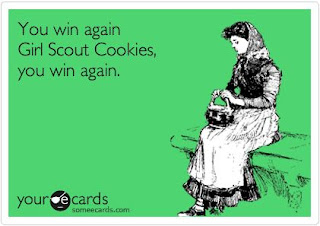 I hope you all had a great weekend too!