Measuring is for Idiots 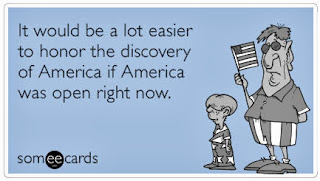 We were having a conversation on our way home and the only way I know how to summarize it is to say, you know when you see someone getting bullied, and that abuse makes you want to figure out a way to bring pain to that bully?
Lucas: I guess what you could say is I'm a violent non-violent person.
Jordan: So what you're saying is you're a Passivist and of you don’t believe me I’ll beat the sh*t out of you.
Lucas: You know what's annoying? I think I gave Evron good luck when I punched him.
Jordan: Why did you punch him?
Lucas: He deserved it. 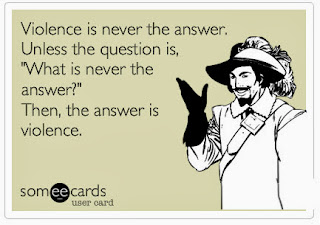 Uncle Ray: The thing about driving you crazy Zach, is it's a short trip.

Lucas: Scoochie Scoochie.
(he said this to Percy who was on the couch.)
Lucas:  I'll turn the TV on while he makes up his mind.
Me: Percy?
Lucas: Tiffany, you should never take the first offer.  He knows that. 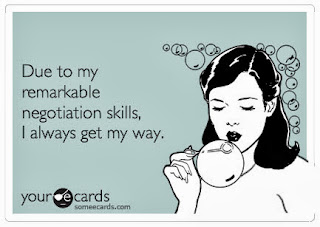 Lucas was telling me about this kid on his crew team that was a super awesome baseball player his whole life, but this is his first year on crew.
Baseball Kid Dad: It's just rowing a boat!
Baseball Kid: Compared to baseball practice, it's like you row a boat, you throw up.

Lucas: I want to get a six pack.
Baseball Kid: You don't have a six pack?!?

On Saturday, despite the rain, I went to Oktoberfest in Kirkland with Matty and friends.  It was POURING out – so not the best day for an outside festival – but I guess that’s what tents are for.  I put Percy in three coats – all borrowed from Nala – which is maybe why he was so matchy match with Kelly. 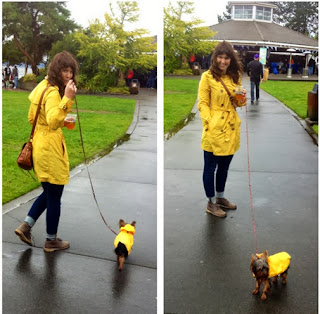 I think I mentioned earlier about how in the process of selling house, some of us have moved down to the brown house and others have good intentions to follow to get the yellow house ready for sale.  Dawne had been thinking about how much she didn't want to live in the brown house on our way to Home Depot.

Dawne:  Maybe if it had hardwood floors so I could breathe.
Me: Sure, that's a reasonable request.
Dawne: But that kitchen, what am I going to do about that?
Me: Um, weren't you the one who designed a house once without a kitchen because "it wasn't that important?"
Dawne: Yeah, but I recognize that people like to sit around in the kitchen and drink coffee in the morning.  And sometimes one person likes to cook some eggs every once in a while, and we like watching that happen.
Me: In that case, couldn't you just build some seating and remove the table all together and we could sit with our coffee and watch Jordan cook until we were ready to move to the next room?
Dawne: Sure... or we could change everything.

When we got back from Home Depot.
Dawne: I want to put hardwood floors in the brown house and figure out what we can do to the kitchen to make it better.
Uncle Ray: That's the stupidest thing I've ever heard.  You're not even going to leave there, why you would put any work into it.  Seriously, dumb.
Dawne: Right.  So... Dad? You wanna walk down to the brown house and tell me how to fix it?

Me: So?
Uncle Ray: I fixed it.
Me: How?
Uncle Ray: We're going to move two walls.
Me: How long is that going to take?
Uncle Ray: Three Days:
Me: So conceivably, we could finish this before Jordan gets back from his trip?
Dawne: It wouldn't be the first time I removed a wall in a kitchen while he was out of town.

Two days later we were supposed to go to a Regatta, but it got canceled.  Instead, we go to Home Depot and get some tile for my bathroom, come back to the brown house and 15 minutes later, the picture window is removed.

And over the course of the day, two external walls were removed.  This is what Jordan came home to: 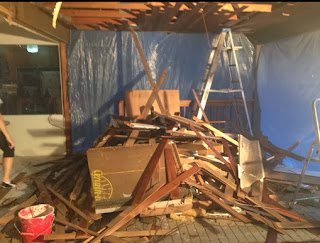 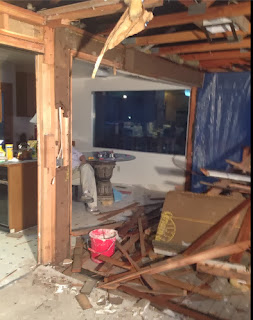 The next day I was telling my mom that Uncle Ray instructed me on several occasions that day that "Measuring is for Idiots."
Momela: So.... how big of an idiot were you?

After we took down the two walls, that's when we thought, hmmm maybe we should move some furniture out of the connecting rooms and cover them with some tarp.  As we were moving these items, I said, "I don't know why we're doing this.  It's only going to take three days." 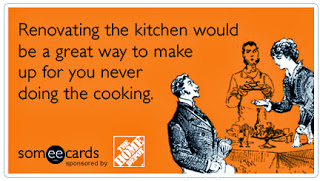