Nala and Percy got groomed on Tuesday.  Percy looked awesome, but Nala, who has naturally curly hair, was kind of a poof ball.  Dawne usually blow dries her hair straight, but I guess we forgot to tell the guys at PetCo about that.  Days later, people were asking us if Nala was pregnant again.  Good thing Nala (at least) isn't vain.  Although, she didn’t seem too happy about the impromptu photo shoot that I included her in. 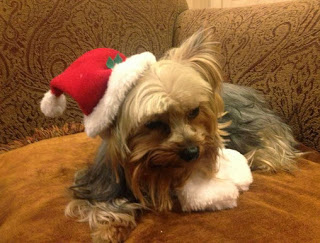 Text convo with my co-worker.
Tyler: Somebody stole your car and was driving like an old lady outta crossroads.
Me: I think that was me. I just got back from getting T-Day craft supplies.  We have to entertain 45 people.
Tyler: And clearly puzzles and Popsicle turkeys are the best route.  Imagine how epic Popsicle stick Indians would be!
Me: Maybe next year.
Tyler: But Michaels is still open!
Me: Oh, I have the popcicle sticks.  What kind of house do you think I live in!?  It's just not on the itinerary.
Tyler: YET! 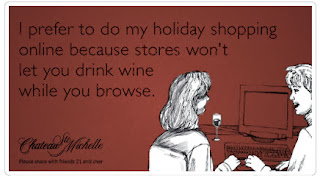 Wednesday evening, Nater came home from Chicago, and we headed to Red Robin for dinner.
Nate: Good to see nothing has changed in the kitchen.
Lucas: What are you talking about? The glasses are bigger and now the menu looks like the Cheesecake Factory. 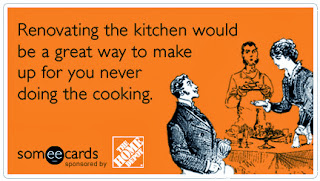 When we got home, the power was out at the brown house, which meant we still had power in the yellow house so that tables could be set and I could get mac and cheese and sweet potatoes made.  Unfortunately, after we went to bed, the yellow house power went out as well.   Jordan tried moving foods to other locations to keep them cold.  When we awoke, the power was restored, but the turkey was all rotted out.  Jordan ran over to get two frozen turkeys, and we worked to get those defrosted and cooked in time.

Jordan (after putting the Turkey's in the oven): You need to call Becky's husband Jared.
Me (worried about the turkey): Sure, why?
Jordan: He need to come change the clocks in here. 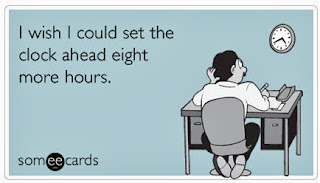 For lunch we ran over to McDonalds where Jordan asked the clerk if he could get turkey for 44 to go.  She was not amused.

At one point, Percy jumped up on the kitchen chair so that he could be a part of the action and also take a little snoozer.  Lucas, however, wanted to sit in this seat, so he began to spin the chair as fast as possible, until finally, Percy decided to vacate the seat.
Lucas: See, it was his own choice. 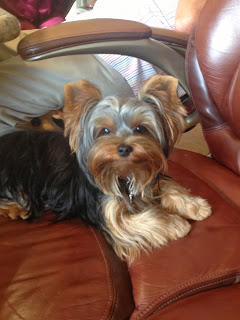 We had 44 people for Thanksgiving, and it was lovely.  I thought it was the easiest and most enjoyable one yet.  I got to sit at an awesome table with dear people, and I had zero stress.  We must be getting better at this. :)

Me: I don't know if anyone has mentioned, but we have a tradition in this house that the newbie has to say grace.
Newbie (AKA Sarah, girlfriend of guest.): There is nothing I would want to do less, than to say grace.
Jordan: Oh that's okay, you can sing it instead!

Newbie did NOT say grace, breaking the long standing tradition of putting our guests on the spot.  What a disappoint. 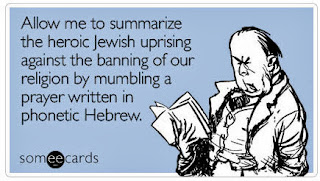 We played games over dessert, and got a surprise appearance from Diana and Jason.

Jason (referring to his pregnant wife): Did you see the Turkey that's ready to pop over there?
Jeff: I'm terribly uncomfortable right now.
Jason: We're totally ready for game day!
Jeff: You know that there won't be a little button that pops out when it's fully cooked right? 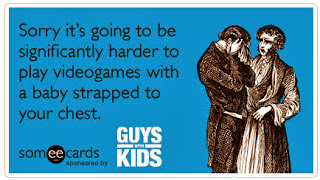 Diana: I can't wait to have this kid so I can put my feet up and relax.
Me: Um... I'm not sure if that's how babies work.
Diana: I take that back.  She can stay in this neat packaging for as long as she needs.

After showing folks this adorable gallery of pictures of puppy and baby naps:
http://www.buzzfeed.com/chelseamarshall/this-puppy-and-baby-are-the-most-adorable-nap-time-pals

Nater: Shame the baby is so ugly.

The next morning, we were listening to some Christmas music, when a Peter, Paul and Mary song came on.
Dawne: This sounds depressing.
Me: You hold your tongue! This is Peter, Paul and Mary! Besides, they're talking about the birth of Christ.
Lucas: Was whatshisface the mid-wife in that situation?
Me: Do you mean, Joseph?
Lucas: Yeah! That guy.  But seriously, he was the only one around right? 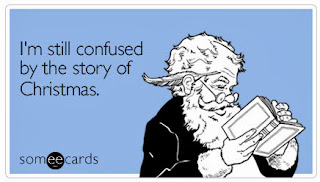 Over breakfast at IHop, we were talking about movies.
Lucas: You know what movie was a ride?
Me: Mama Mia?
Lucas: Yes! That was as intense as Alien.
I think Nate is still shaking his head over this comment.

Last week, after the Ugly Sweater Run, my co-worker Ryan, sympathized with Lucas' knee injury telling him that he too did the same thing to his knees, and they never really recovered.  He did offer some suggestions to ease the pain, but said he hadn't found a solution yet.  A week later...

Lucas: Have you ever feared that you might never to run again?
Me: Not really, though, I was a little worried when I hurt my ankle.
Lucas: Me neither, until I met your friend Ryan.
Nater: Actually, for me, that's a hope, not a fear. 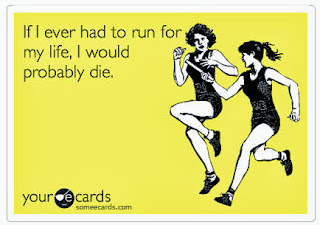 Friday, I made homemade split pea soup, watched some terrible Netflix movies, and then celebrated the Sabbath with the fam followed by some Spades? With D, J & N.  On Saturday, Becky and Diana came over to write out Christmas cards.  It was just a coincidence that while the fam went to celebrate Hanukkah, I was sending cards with Jesus on the front of them.   This year, I couldn't decide on just one picture of Percy, so I sent three.  This required additional postage, but it was totally worth it.  Here's a couple of ones that I didn't send: 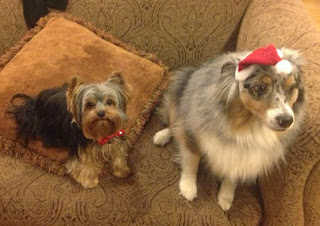 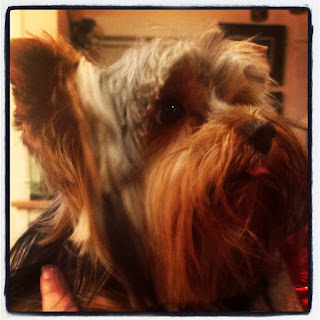 On Sunday, we went to our monthly brunch which was being held at Laina and Mo's house.  Laina had just received a shiny new engagement ring, and was showing it off to everyone.

Nate: I've never been so tempted to lift something off someone's finger.
Laina: You've just received an automatic invite to every event we ever have here.

Laina was purposely picking up things just so that you could see the ring.  Including this text 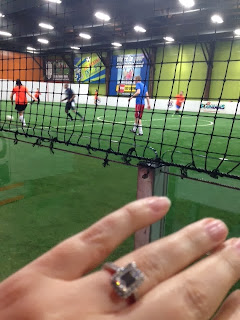 Later that evening, we went to see Frozen with the whole fam, as Zach finally got some time off of work.
Nate: I want to see a Disney ad budget.
Zach: In quarters. On my front porch.

The movie was a delight, though, I've been told that I am partial to the Disney Princess movies.  Just a lil bit.  :P

Posted by skcorynaffit at 6:55 PM