Monday morning, Lucas, the high school graduate needed help doing something that I learned how to do when I was 5.  I won't embarrass him with details, but it would be the equivalent of not knowing how to read and write cursive.  Either way, I was kinda nice still being needed, even if I was a little shocked by why I was needed.

On Tuesday, I found out that Kelly is one of those people who can just be walking along and find a four leaf clover.  I am also hoping that this luck rubs off on me if I hang out with her enough.  I especially needed it the last couple of weeks! 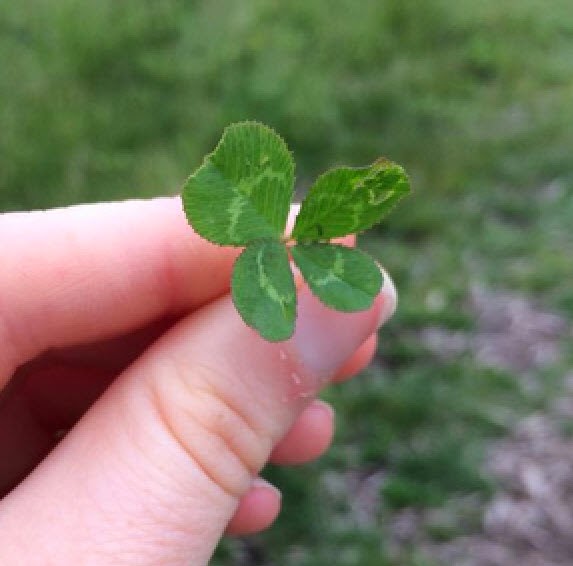 I mentioned earlier that Lucas was going on a life altering camping trip.  As he told me that he would never be the same, I captured this moment in time of the kid I once knew.  And then we all just hoped and prayed that he would survive. 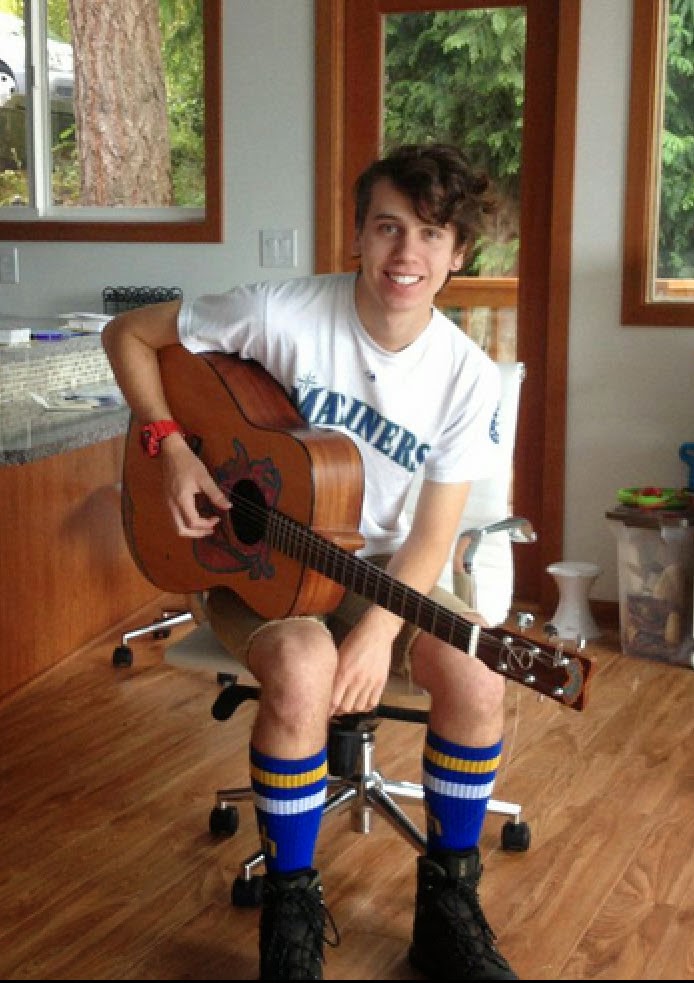 Wednesday, June's Bark Box arrived.  Have you guys heard about this?  Basically, you get this surprise box of treats and toys for your pup every month.  It's always such a fun surprise to see what's inside. Plus, they donate 10% to shelters/rescue groups.   This month was themed French chic: 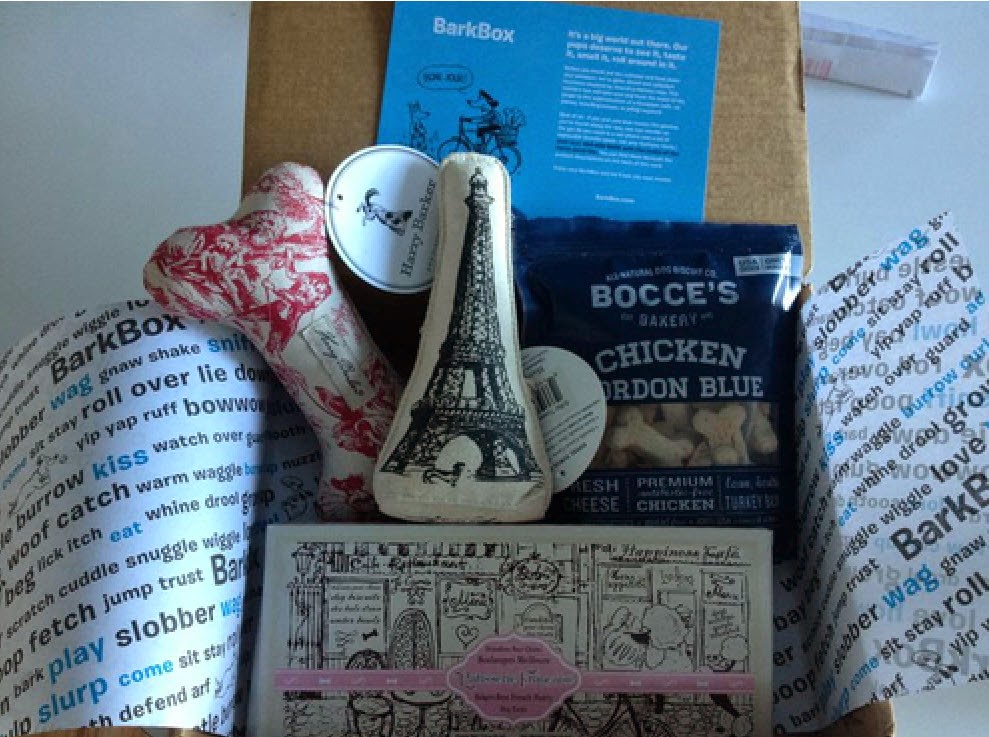 The Eagles have been very prominent lately.  Like 3 or 4 Eagles every night flying in and checking out the snack options, AKA, my pups.  We were in the pool when one swooped in.  Dawne and I both jumped out of the pool with our respective dogs.  She went back in, but to be honest, I feel like floating heads might be a target for those guys too.

There is a sign on our road advertising a handyman and painter.
Zach: I feel really bad every time I see that sign.
Me: Why?
Zach: Because the sign isn't painted well and it is poorly constructed.

This week was a very long, very stressful week, after a previously overwhelming week.  The kind of week where you get home and you feel the same exhaustion that you would feel after running all day, only you have hardly had time to get up from your desk. I was very grateful that as my chest was heavy with the weight of things not done at 430 on a Friday, my coworker Rick surprised me with a genuine offer of help.  Then I came home, picked up Percy and Zach, walked for 45 min and then jumped on a plane to NY.

Mo's family were all playing Snake Oil.  Maureen got a card with "Honeymooner", Patrick with "Pregnant Woman", Pat got "Kindergartner", Kyle "High School Drop-out" and finally Kevin got "Bum."  To which Kevin said, "Hey! It's all the stages of life!

Mo put a list of her fridge entitled "Wondering what you can do for mom?" Turns out, Kyle volunteered to help clean.  He is also the kid that asked for a bucket full of cleaning supplies for his birthday (which is grandparents were happy to give him.)  So he pulled out his cleaning supplies to help, but was being frugal with the Pine Sol.  Later, after they had cleaned most of the house and moved onto the deck, Kyle went under the sink for a new sponge and shouted, "MOM! There's a whole thing of Pine Sol in here.  YOU DIDN'T NEED MINE!"

Last week, Mo and the boys did a lot of biking.  They biked 10 miles on Tuesday and Wednesday and then 18 miles on Thursday with her oldest and youngest (Kevin was playing lacrosse every night). At one point, Mo starts really going as fast as she can.  Kyle (who is always in the lead and has to wait up for her) starts to go faster so she can't pass.  Challenge accepted.  She puts the bike in a higher gear and starts pedaling faster.  Then I think for a second he's about to get upset as she's passing him but instead he turns to her and shouts "That's my Mom!" 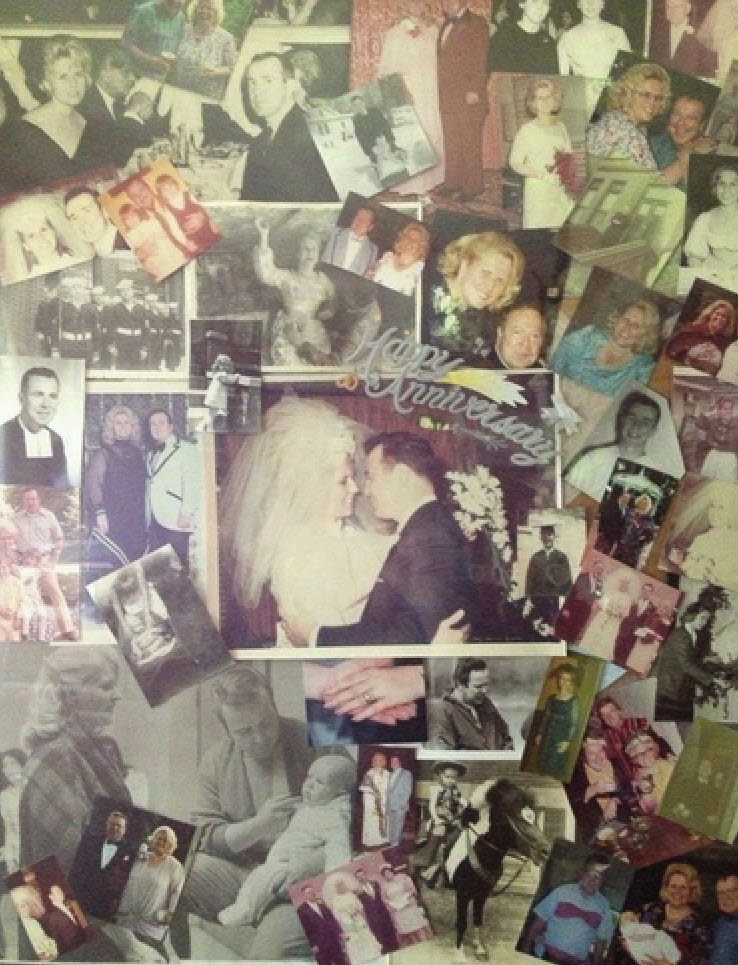 On Saturday, we went out to dinner at Traveler's Rest to celebrate my parent’s 45th anniversary.  As soon as we sat down, Mo started sneezing.

Mo: I must be allergic to something.
Frita: It could be my deodorant, but I'm not wearing any.

We had a lovely dinner, even saw Eva's uncle.
Me: We saw Uncle Joe tonight.
Evivova: Did he recognize you?
Me: Nope. But I told him I had hung out with you and Freddie today and then I clicked.
Evivova: At least he remembered me!

On Sunday morning, Mo called to ask my mom if she should take Percy on a hike so that I could sleep in.  Only, Momela woke me up to ask me if I wanted her to take Percy to on a hike, so obviously I was going to get my lazy self out of bed.  It was a great hike, as always.  Half way through..

Mo: Are you allergic to poison Ivy?
Me: YES!

And that's when I saw that it was EVERY WHERE.  To ease my panic, Mo picked up some Jewelweed just in case.  As soon as I got home, I washed Percy, then through my clothes in the wash and took a shower.  I wasn't taking any chances.  After church, Bailey and I went to lunch together.  When I got back to the house, she was waiting for me on the patio.  She looked up and said, "I just realized, I wasn't at their 25th anniversary!"  Considering that I was younger than she is now at my parent's 25th, I surprised that this just occurred to her.  :)

Frita, earlier that morning: You know where we were 45 years ago?
Momela: Yeah, getting back from the airport because you promised our relatives that we would get up early the day after our wedding and drive them.
Frita: That's right! 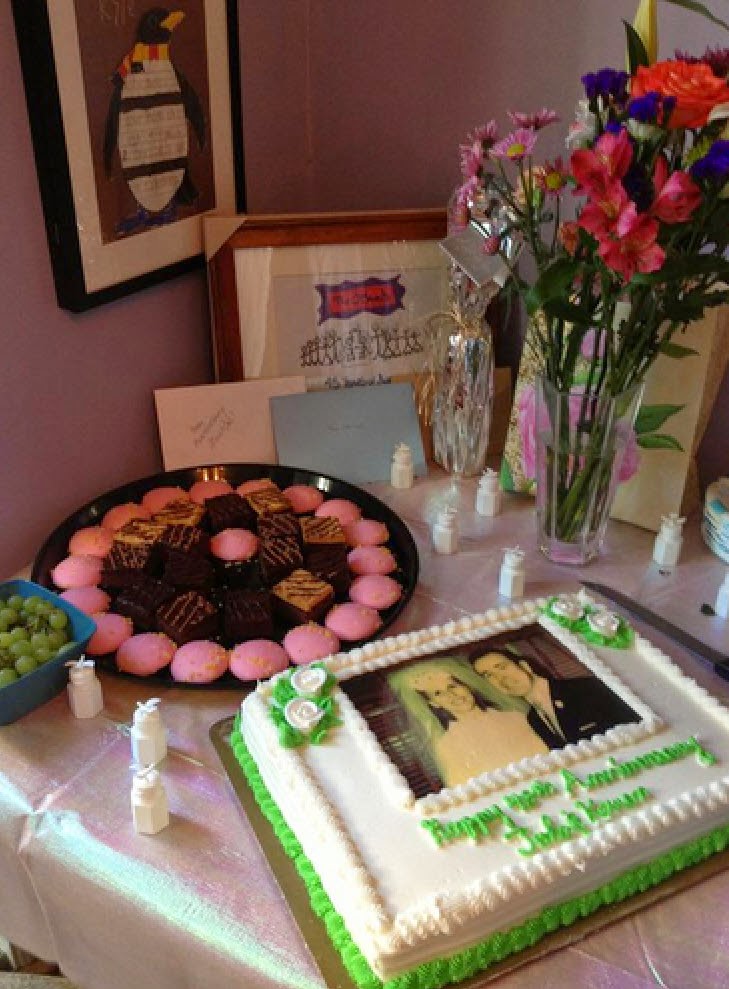 Later that evening, we had a little party to celebrate - all the cool kids were there.  I had drawn our family as stick figures to demonstrate that we were going to take a picture at the party and give it to our parents as a present.  It was quality work, I must say.  One little girl kept trying to pet Percy, and after about the 5th time of him shying away, she walked off announcing, "THIS IS WHY I HAVE LOW SELF-ESTEEM."

Over all, it was a very quick weekend trip, but also very awesome.  Plus Bella girl was being an awfully patient cousin the whole weekend. 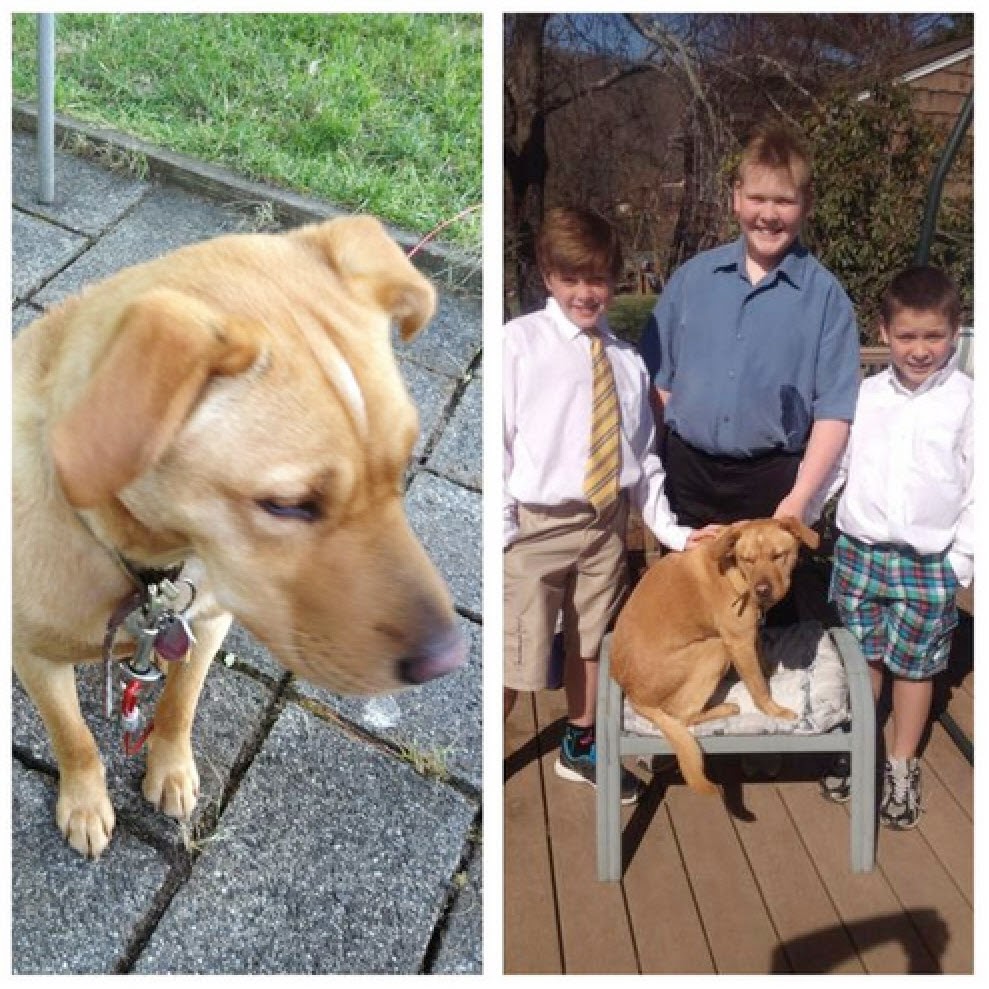