I met Zach and Dawne for lunch on Monday, which happened to the right after the E3 announcements.  When they asked how my day was, I mentioned the briefing and what we announced.

Zach: After 10 years you're finally sounding like a geek.
Is that all it took?  :) 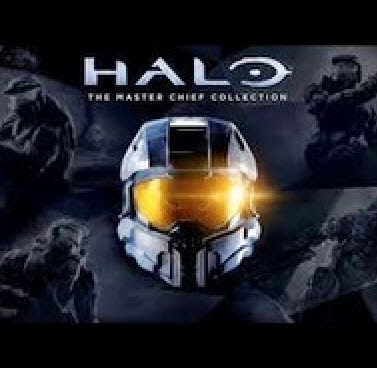 On Wednesday, I got up early for a 6 am swim with Lucas and Percy.  Then got dressed and met Kelly and Piper at the park at 7:15.  I also brought my aunt's dog Shorty, so all told the pack was 5 deep. And, by 9:07, I was at my desk working away and feeling pretty good about myself. 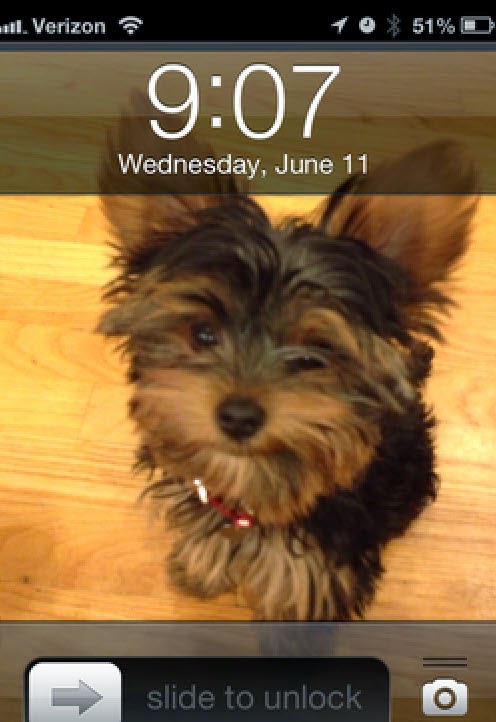 I forget what the term is when you're voted "Most likely..." in a yearbook, but both Lucas and Arda were both voted in.  Lucas, most likely to have been born in another decade and Arda was most likely to sleep in class.  Arda was pretty angry about his reputation being marred, but probably less angry about all those awesome naps. 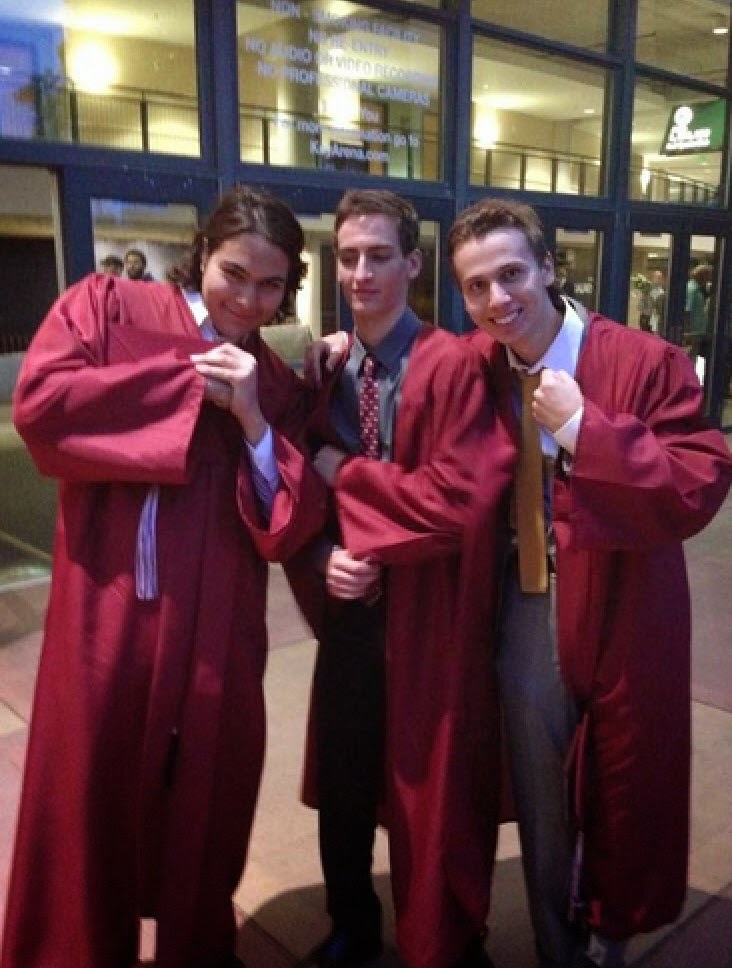 Me: Are you graduating with honors like your brother?
Lucas: Which brother?
Me: Zach.
Lucas: Nerd
Me: At least he would have if he had responded to an email before graduation.

On Thursday, we all gathered in the red Prius on our way to Lucas' graduation.  We were cutting it close by only giving us an hour to get to Seattle Center.  Jordan was, as always, highly stressed about the situation.  Meanwhile, I was taking selfies and posting them on the interwebs. 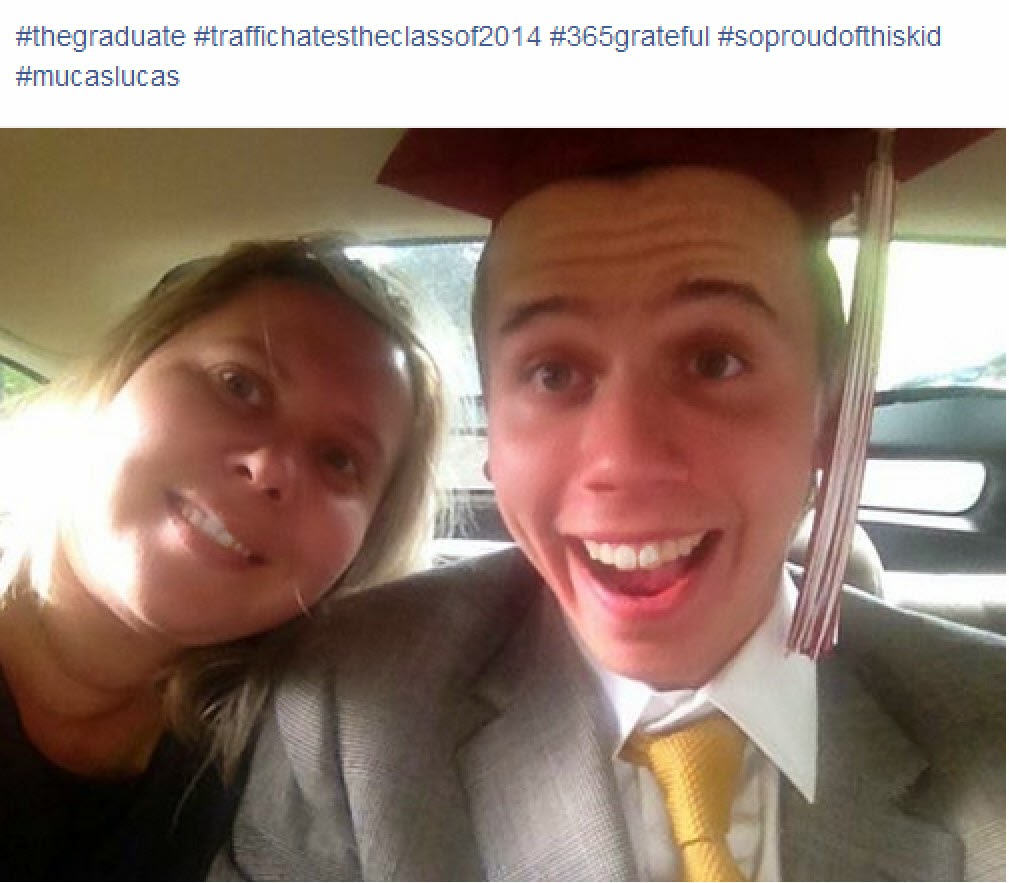 Zach and I walked Lucas to where he needed to be at Key Arena.  Then we met the grandparents and aunt and uncle for MOD Pizza. There were a bunch of speeches, some awful, some were mediocre, but there was one excellent.  The kid basically said he was never going to have captive audience this big ever again so he was going to use it to self-promote his business, which he did.  And then he gave an insightful mini-history lesson that was both interesting and amusing.  And then Lucas graduated.

Me (pointing the holder): Look, you put your diploma here.
Lucas: Yeah, It might be the only one I get!!

After the normal picture fun, we headed over to Full Tilt for ice cream and pinball.
Lucas: Wow, I'm not doing very well.
Me: Oh, yeah, did we forget to tell you?  After you graduate, you lose your ability to pin the balls.

As we were leaving, Zach says to me, "That was a bit much; next time let’s try the half tilt."

On Saturday, I actually worked a bit, in between going to the park three times.  First by myself, second time was with Kelly, and then when I was getting back from that trip, Zach asked me to meet him and his roommate Tristan.  Then we ran to the grocery store and got some steaks and had them on the grill when Aunt Pat and Uncle Ray got back into town.

On Sunday, we got to have another big day.  In Chi-town, D&J were celebrating Nate's graduation and party.  And then back here in Seattle, we had Zach - man graduating.  I got up early to bring the pups to the park, and then picked up Zach and brought him over to get some donuts for breakfast.  Then we drove over to University of Washington.  We got there early, so we made a detour to UVillage to walk around the shops.  Against his will, I dropped him back off at the arena to get ready for the graduating (AKA standing in line for an hour.)  Then I met up with Mort and Judy, and kinda met up with Aunt Pat, Uncle Ray, Lucas and Mariana, before heading to the arena.  Lucas was wearing a fedora, and then turned to me and said.  "Look at those guys.  I wouldn't be caught dead in a silly hat.  And look at those guys (referring to the doctorates).  Those guys are ready for a renaissance fair!" 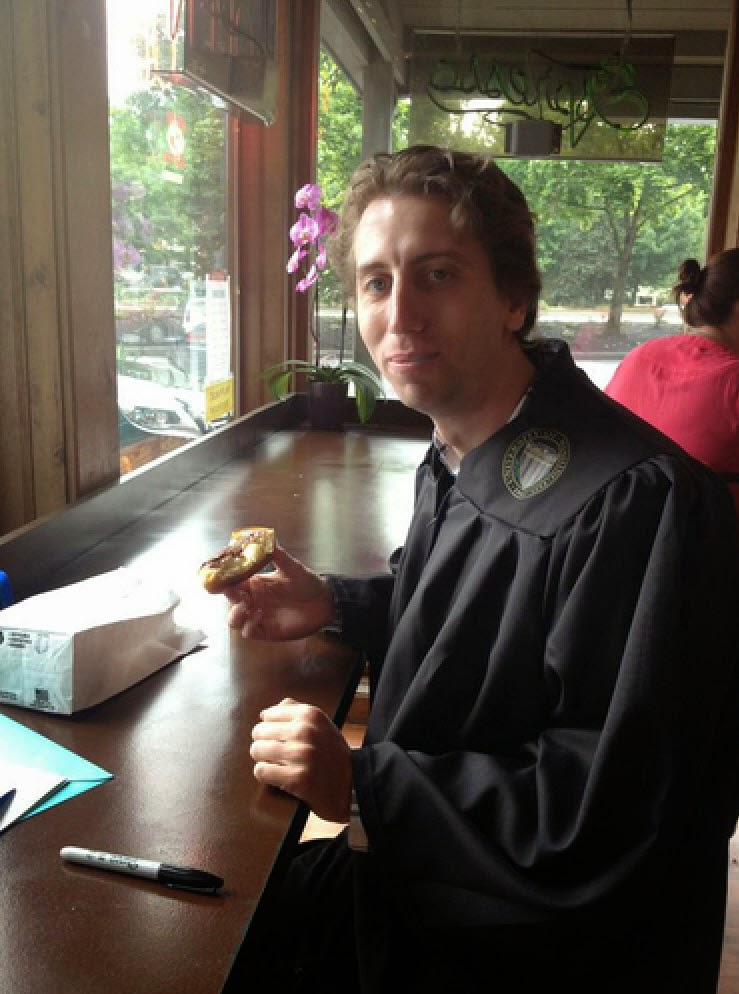 Zach: This is like being on a plane only the seats are less comfortable, you have less to entertain you, and at the end, you aren't at a new destination. 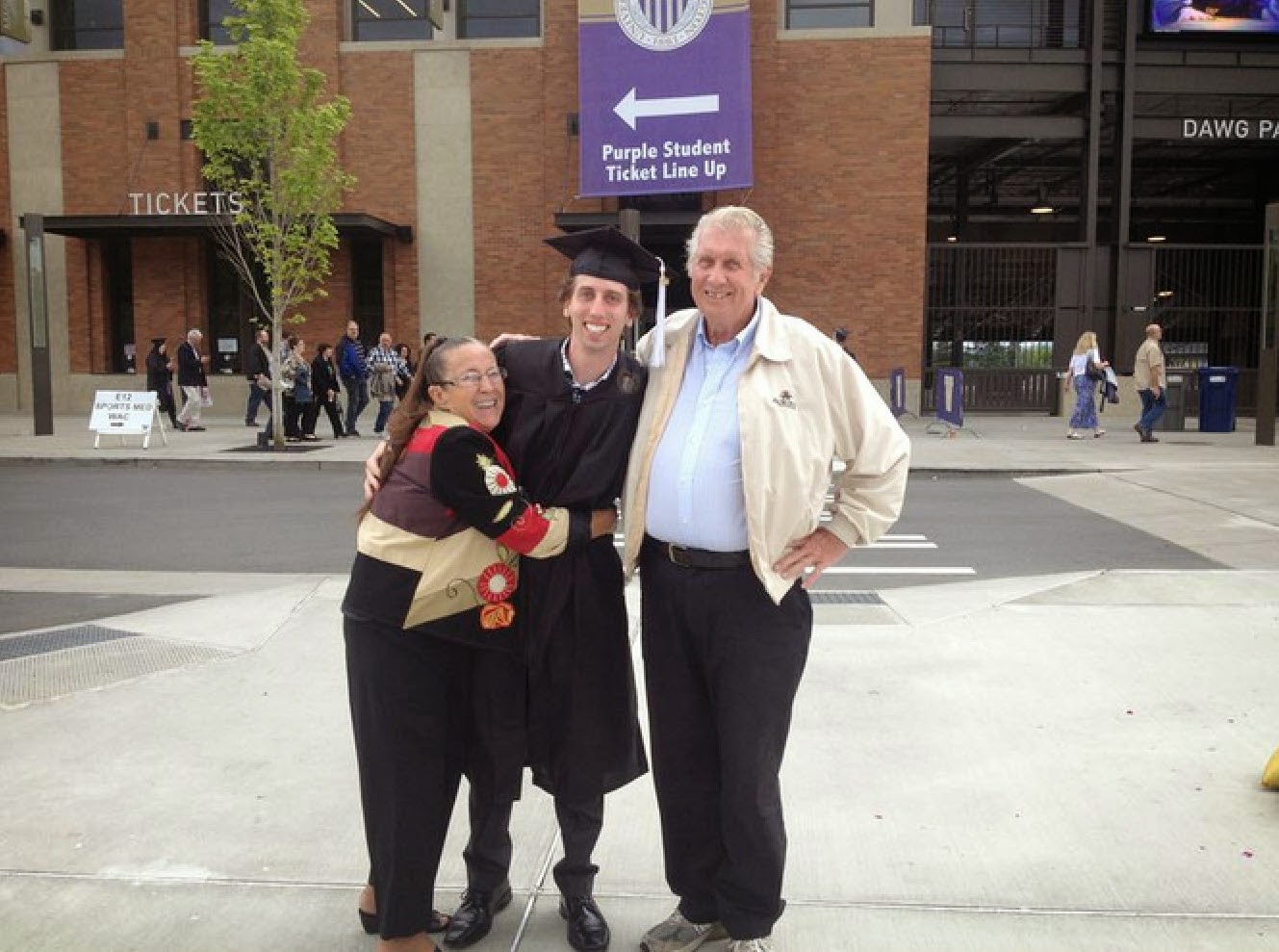 It was a long graduation, with over 1600 graduates who all walked individually.  But it was totally worth it, right Zach?  Afterwards, Mort and Judy had everyone over to celebrate, which was lovely.   Then I dropped Zach off at his apartment.  When I asked him if he had a good day he said, "Those donuts were awesome."  :)

Posted by skcorynaffit at 3:01 PM