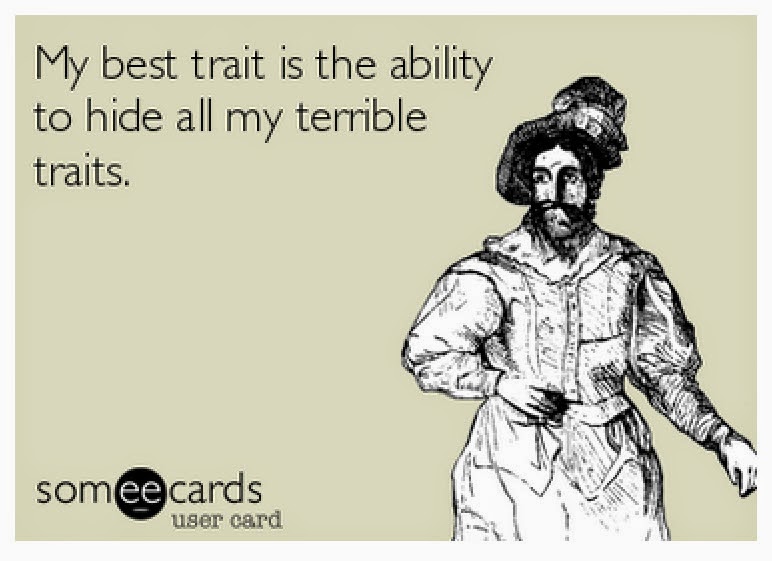 Early in the week, Jordan picked up some dinner on his way home and we went out on the boat with some friends.  One of these friends was a youngerish lad, let's say 12 - but I really have no idea.  Yes, a close friend.  Jordan asked lad if he wanted to drive the boat, and he was totally up for the challenge.

Jordan: First rule of driving: kick the beer bottles out of the way.

I had to call the help desk at work, which is always fun. At one point, the guy asked me to do something, and then I tried to use a short cut to get to the site.
Help desk: I can see that you're a blonde, but I expected more.
Me: We'll, I've been on the phone with you for an hour and you still haven't fixed my problem so, I expected more, too.

This little girl from down the street came over saying that she had started a dog walking business. I asked her to come over on Friday night while I was home because Percy had never been walked by a stranger before.  She had to carry him to the street, but otherwise he was fine.  Then Ally came over on Saturday earlier than I expected, which meant that both Percy and I had to get out of the pool for the walk.  And then on Sunday she stopped by in the morning and when she returned she told me that Percy was exhausted because he was running up the hill so fast she could hardly keep up.  My only response was, “He’s exhausted?”  Later that same day, Ally showed up with a friend and said, “You probably don’t recognize me because my sister put make up on me.”  J She’s adorable and totally adores Percy – though I think Percy is just lukewarm on the whole situation. 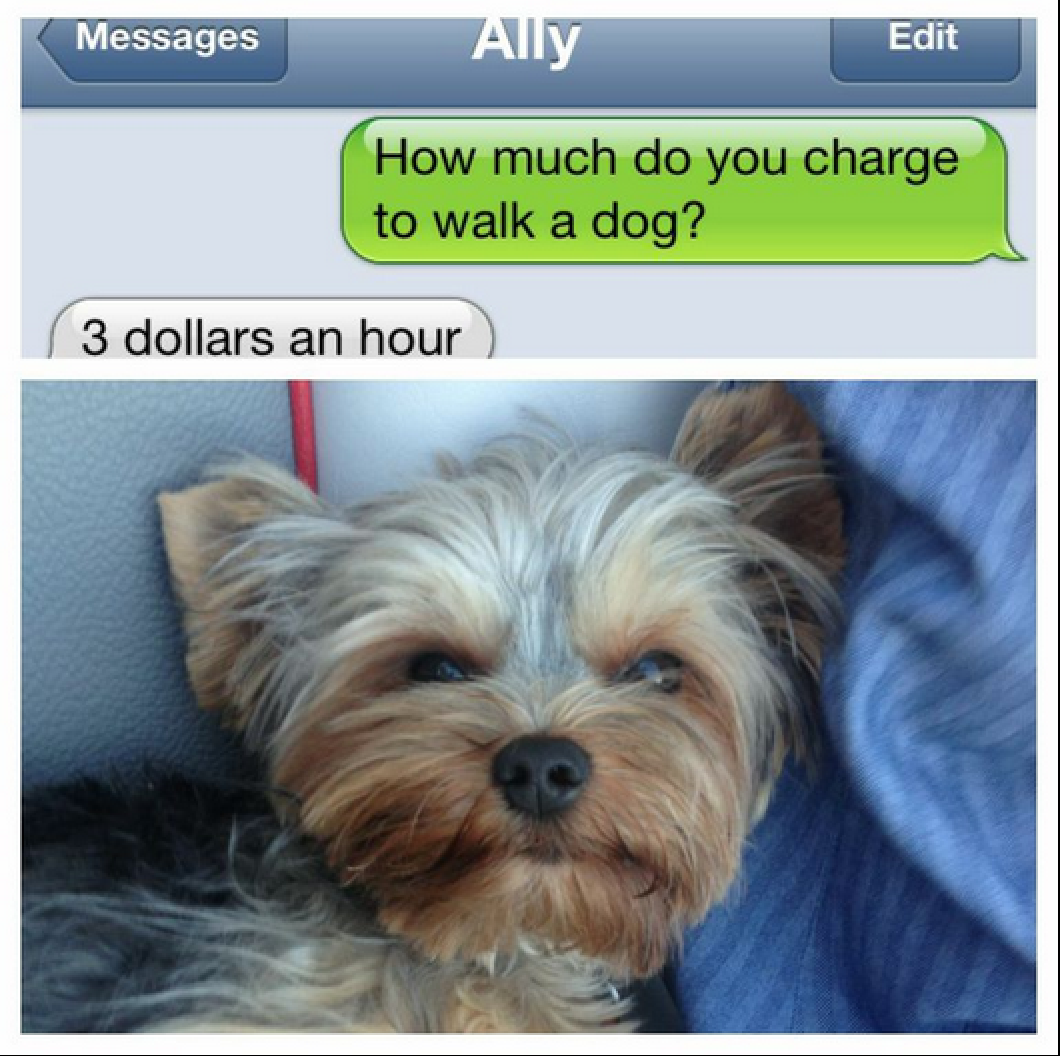 On Friday, I came home to a bunch of fun people at the house including Elan, Raven & Eugene.   There were other people, but they aren't going to feature in any stories that I'm about to tell.  Okay, so for anonymity sake, I'm going to change some names here, hopefully the awesome of the story still comes through.

Elan got a phone call from an A list actor's PA on his cell phone asking for a meeting.  Elan took the meeting, to find said actor inebriated and pitching Elan an idea for to protect yourself from mountain lions.  Hmm stripping out all the details is really watering down this story... just remind me to tell you about it later.

Eugene has bought this wheel to get him around - which is pretty much the closest I've seen technology get close to a hover board.  It's like a unicycle without a seat or pedaling of any kind, and really no place to put your hands.  His friend told him it's good for him to keep his hands free for all the high-fives people want to give him.  Here's a video of someone else rockin' the solo wheel:

So, Eugene was telling us this story about his co-workers.  We'll call them Rose and Bill for funsies. At the end of a meeting, Rose told Eugene that she wasn't feeling.  A couple of hours later, Eugene had heard that Rose had been taken to the hospital. Surprised and concerned, Eugene drove over the hospital to see if she was okay.  That's where he got the real story.
Rose: I'm fine.  Sometimes, I get where I don't feel well, and I just need some space.
Bill: She was in her office on the floor in the fetal position!
Rose: And I asked him if he would shut the lights off and tell them what you said.
Bill: I asked her if she wanted a coke!
Rose: and I told him to F off - all I wanted was to be alone in the dark for a bit.
Bill: So I asked her if I should call the ambulance, and she said no, but then I left and called the ambulance.
Rose: and then he came back into my office and tried to pick me up and prop me up on the chair!
Bill: I didn't want them to come in and see her on the floor and think that she was worse than she was so I propped her up in the chair and told her to look normal.
And I bet he brought her a coke to complete the picture.

And then I finished up the conversation with some Lite Briting with Elan (this was after I was playing with the etch-a-sketch, and before I knew what I was doing I had drawn a Halo Elite.) 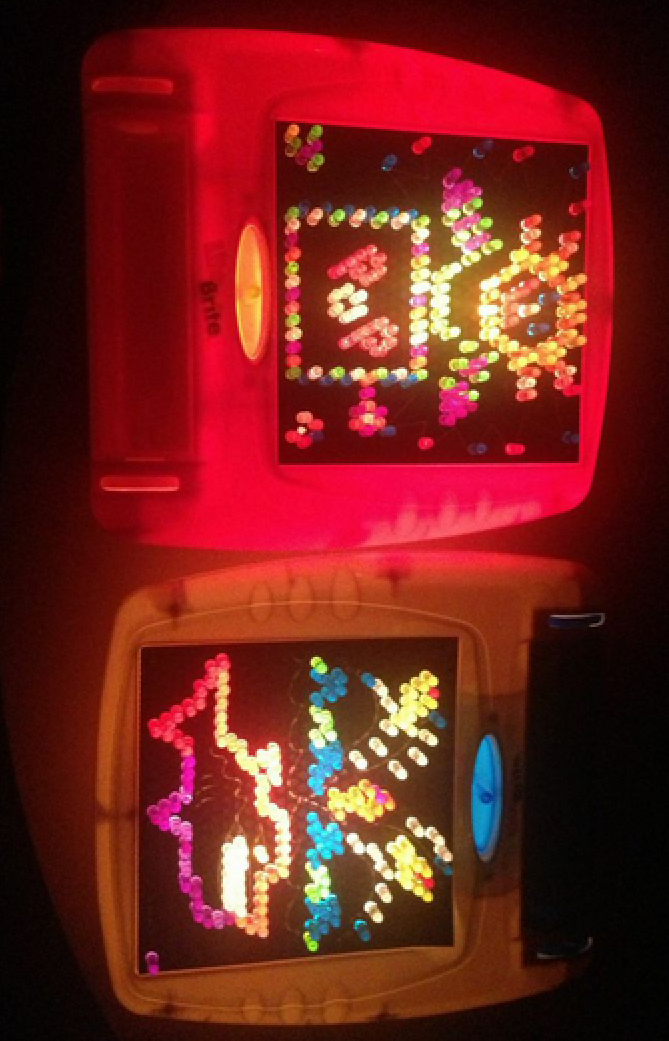 I don't know if I mentioned that early on in our friendship, I found out that if Kelly could marry any of the animated Disney characters, she would totally go for Gaston.  Second to him, she's settle for Aladdin.  Anytime we've been in Disney, taking a picture with Aladdin was always a priority.  So, when I found out that Zach is working with someone that used to BE Aladdin at Disney, I couldn't WAIT to tell her.  Another topic of discussion around the pool was Kelly's recent trip to Austin and the fact that walking around topless is legal there.

Kelly: I don't know what the big deal is.  They are just boobs, you can see them in the Titanic. 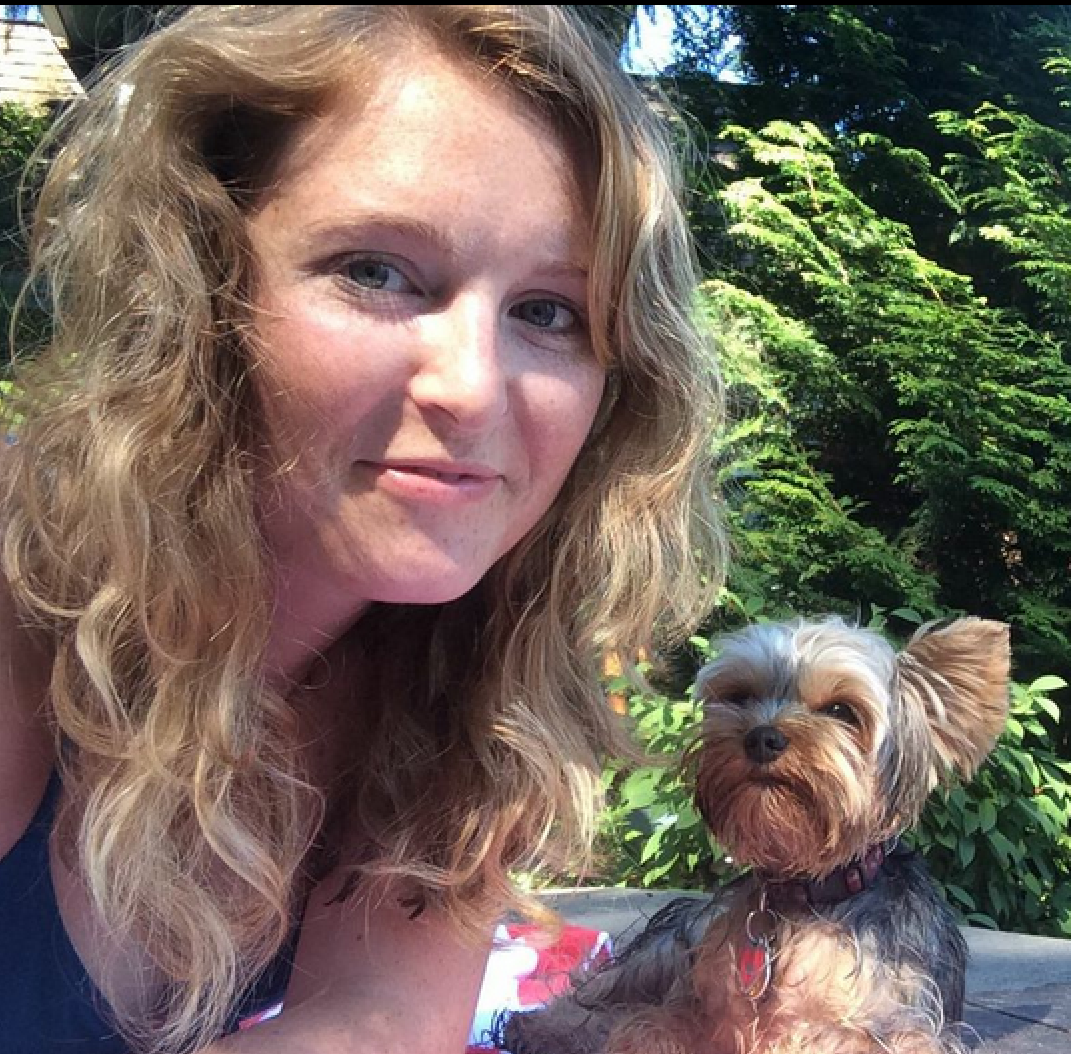 Kate was also over this weekend to partake in the pool.  There were a series of innocent questions from "would you like something to drink" to "where did you bike from" all of which she answered one way and then changed her answer later.

Jordan: You're very nice but you lie a lot.

Kelly: I am going to need to hit Sun-In bottle hard.
I think we both did actually… 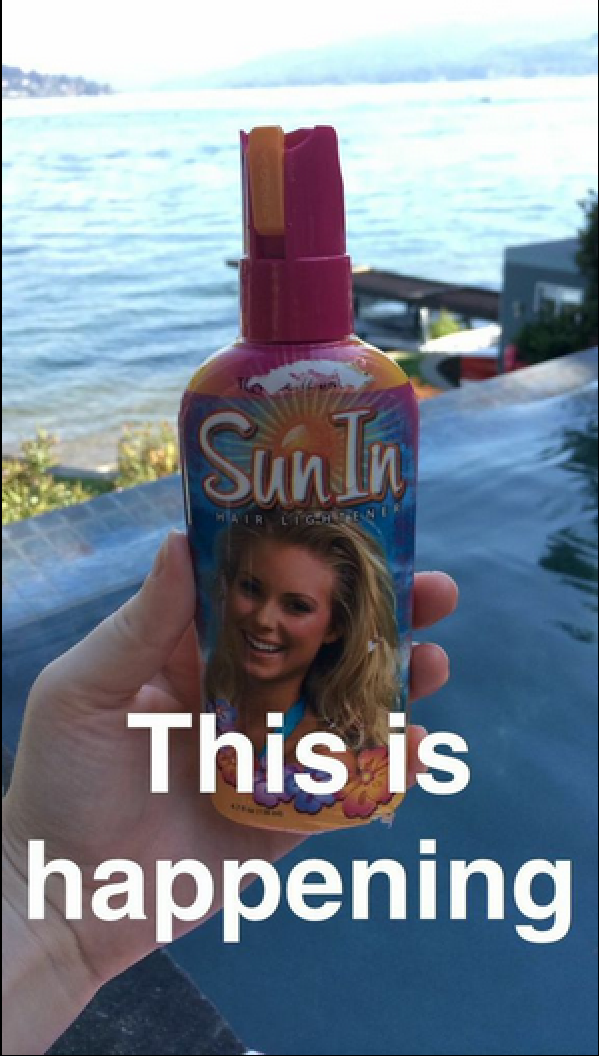 Is this really a thing? 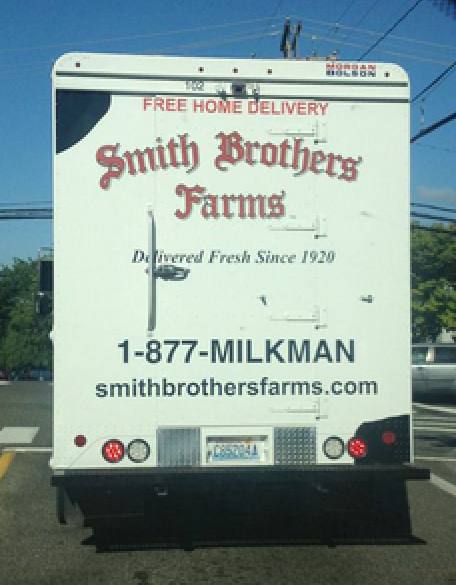 Posted by skcorynaffit at 2:43 PM