Seattle has been living up to its reputation with dark and grey mornings.  Which is probably why I enjoy all the more these zen fellows so much. 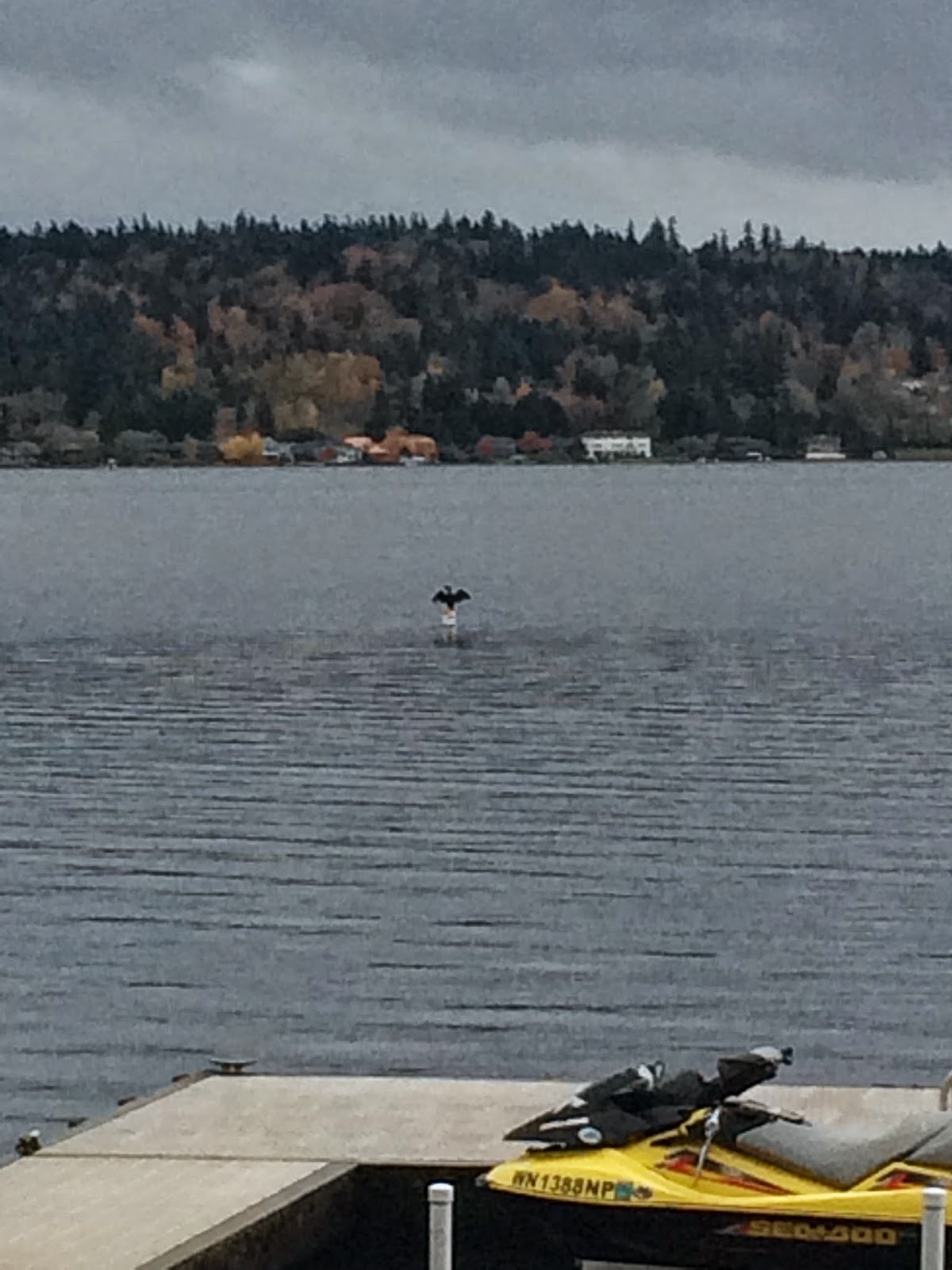 We've been kinda sorta eating at home lately.  As in, I've been cooking, and then Nater, and sometimes Jordan joins, and then Dawne makes a PB&J.  The really nice part of this, is I feel like we've had some good conversation time.  Or maybe I'm just really enjoying having Nater home, and I could haven't gotten this same conversation at a restaurant.

Jordan:  Lucas called me a couple of days ago asking for his monthly allowance early.  When I asked him why, he said it was because he needed Q-tips, and didn't have enough money in his account.
Dawne: Yeah, he came by his budgeting skills honestly.  By watching me.
Me: Speaking of which, we should go to the outlet mall this weekend.
Dawne: Yes! We can go to that one place I took Lucas.  Everything was half price so we bought two!
Hashtag budgeting. 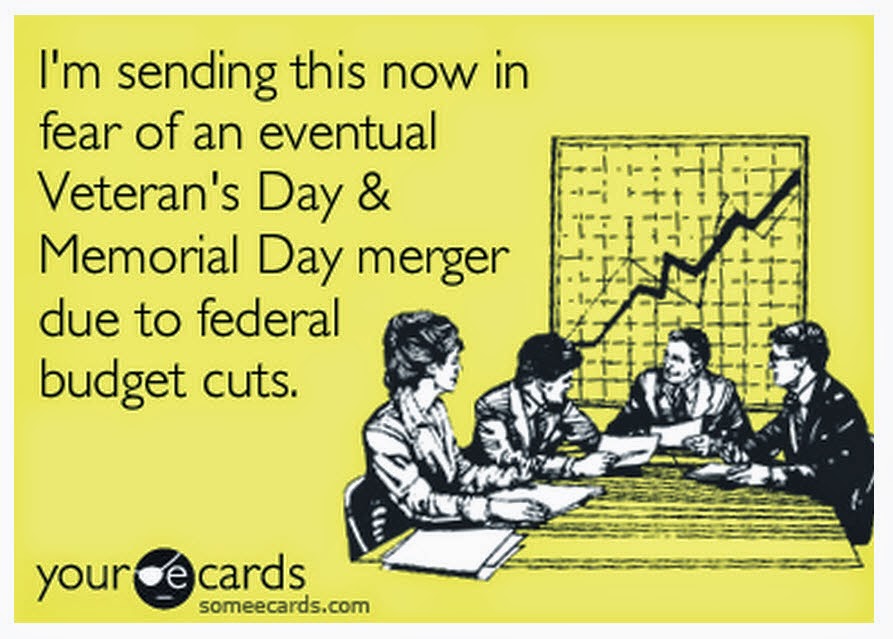 Jordan was telling us that Lucas has been going to this anarchist books store lately.  They operate like a collective and he goes to all the meetings.  He came home from one meeting and he excitedly told me, "They're so cool! They are really making it happen.  They are going out of business and I'm going to help them!"

Nater: I like the next step in security you have set up.
Jordan: I was testing out the new security cameras.
Nater: Yeah, and they are focused on my three boxes.  Maybe you're just monitoring when I finally decide to unpack?
I feel safer and more secure already. 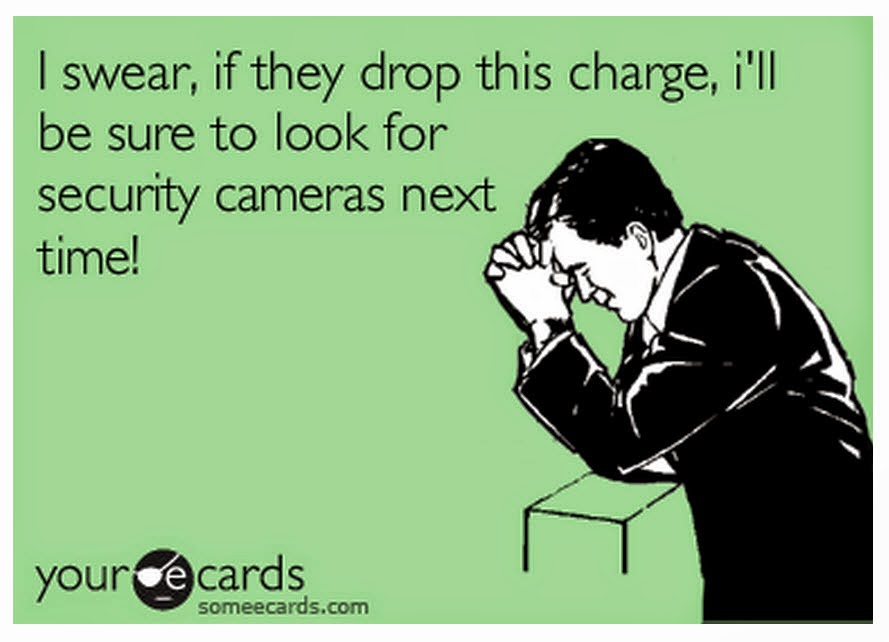 Casper sprained his paw/ankle last week, so Dawne brought him to the vet.  (My mom said we bring our dogs to the doctor more than she brought her kids.  Then she qualified, "More than Sean and Maureen combined.  You were a whole other story, always breaking things.")  The vet was impressed with how well trained Casper was.  She admitted that she had an Aussie in college that made her cry every night when she came home.  She had to replace her curtains at least 60 times.  Dawne told he that it was okay, that's how we got Casper.  I still remember the chewed up lap top Nater came home with...

I was telling my cousins how I have a nephew who doesn't get very excited about presents so he makes it harder to shop for him.
Jordan: I have a kid like that.
Dawne: You know, Zach told me that his BEST Christmas ever was last year at Ray's because he returned his gifts and now he can buy games whenever he wants.
Me: Whoa, he told you his best Christmas was the one without you?
Nater: I've said some terrible things to you in my day, but never THAT bad.
Dawne: I think it is because he wasn't expecting anything, which is why he was excited when he got a Christmas.
Me: If that's what you have to think to still love him, then you go right ahead.

I started Christmas shopping last week, and at work I was mostly getting excited about work stuff.  Just in case you guys didn't get a chance to see it, here's a fun little commercial.  https://www.youtube.com/watch?feature=player_embedded&v=bUpjbiRyIr8

On Friday, Dawne and I went up to Ray's cabin to hang out with Raymond and his girls.  We stopped on our way up to have dinner.  When we got to the pizza place, Dawne said that we were meeting our family.  The host started bringing us to this one table and Dawne said, "Oh no.  That family isn't pretty enough."  So, he brought us upstairs instead.

It was pretty cool to be able to spend some time chatting with just Raymond and Dawne.  In the morning, we got up and got to stroll a bit with the pups and breathe in the crisp morning air. 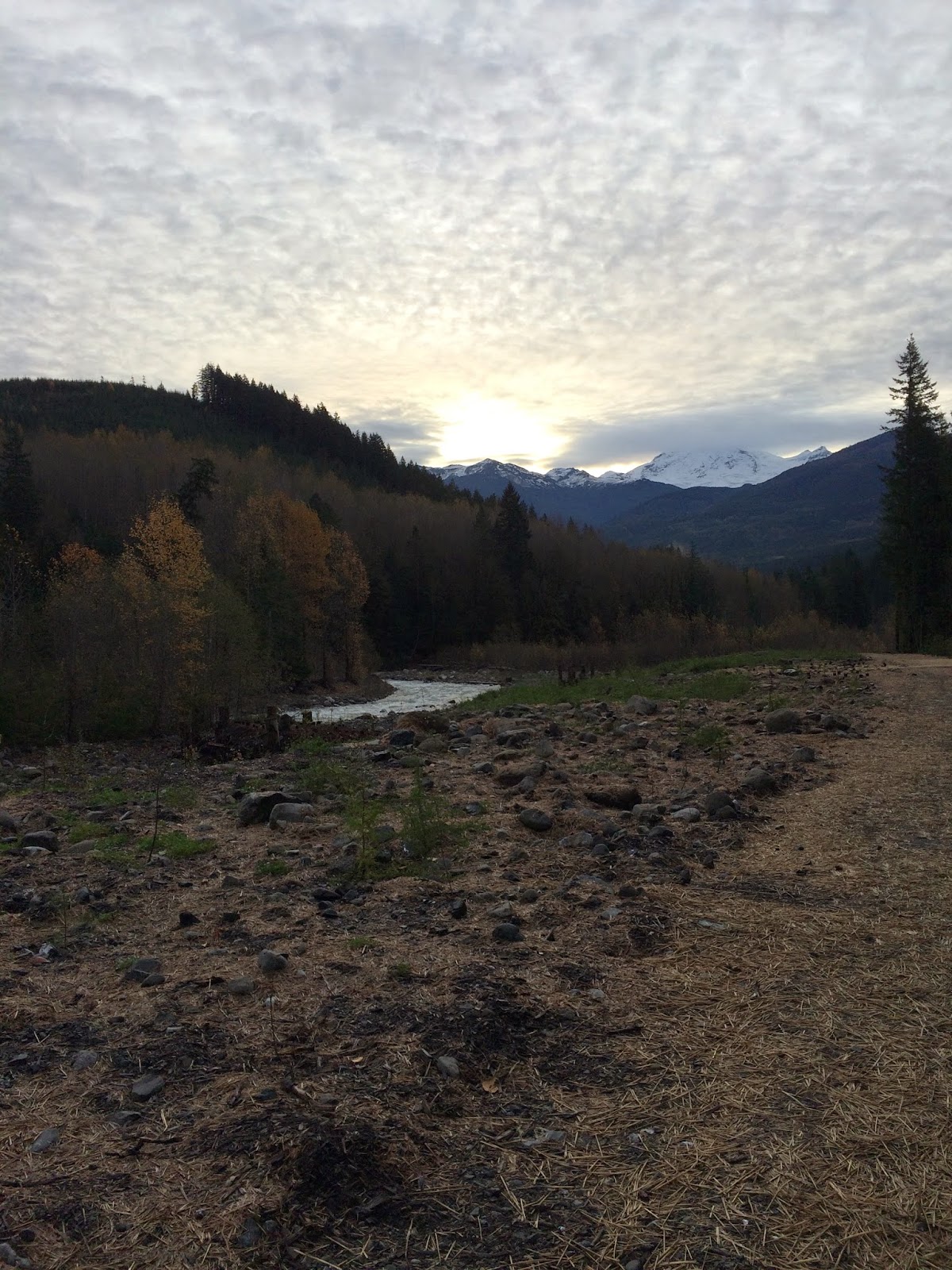 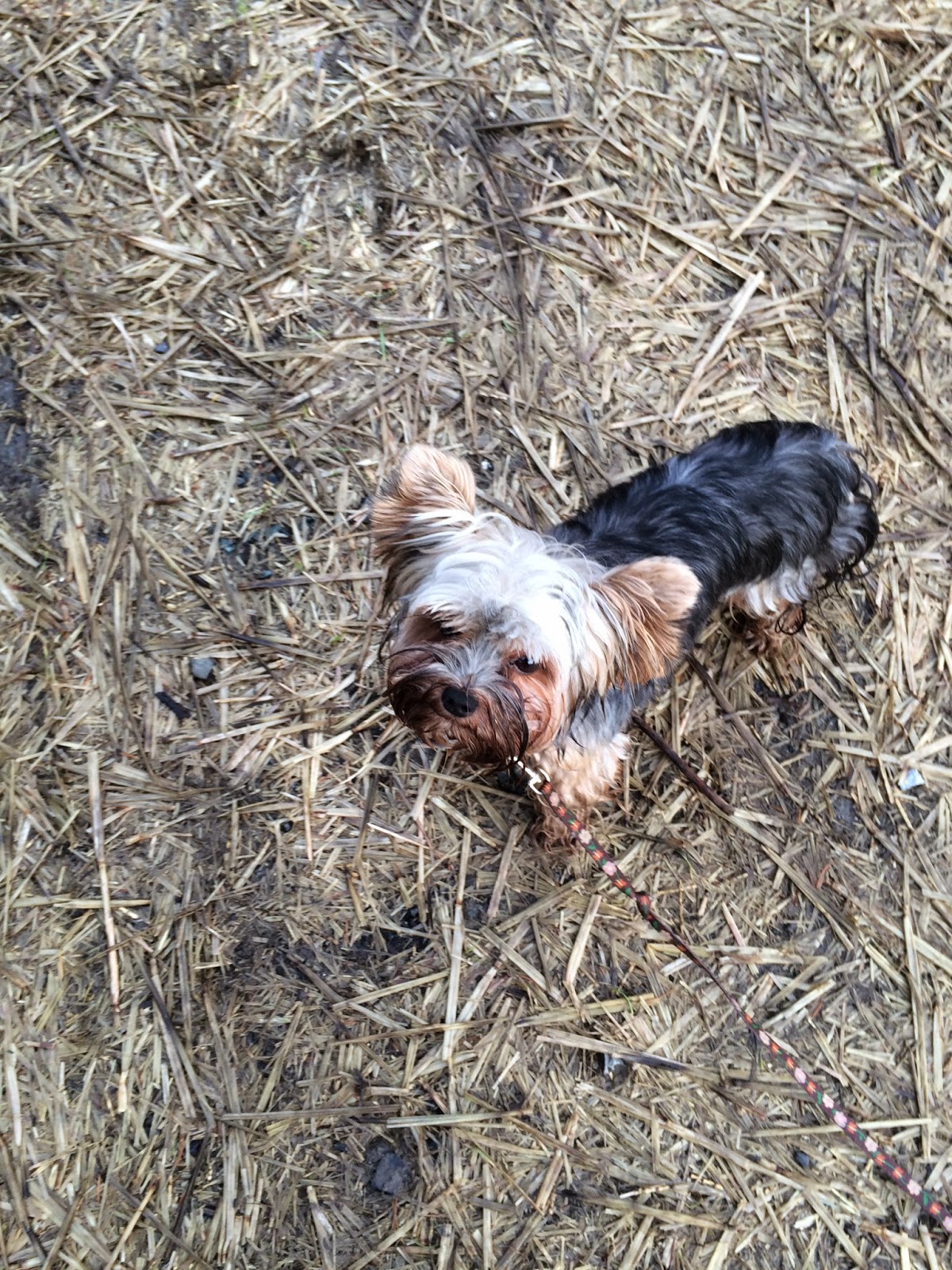 Raymond said the girls don't normally get up before 11, but they were up at 7:30 to help make breakfast and start playing some games including Telestrations.

On the way back from the cabin, Dawne and I met Jordan at the outlet malls where I continues my search for dry wicking clothing.  The following morning, I woke up with a headache so I slept in.  I did get up by 11 though so I decided breakfast/lunch should involve a Chipotle run.  I was telling Zach and Nater about the trip to the cabin and how impressed I was with how well Nicki and Ashley get along.  They are genuinely kind and considerate of one another, which is lovely.

Nater: Yeah. Some families are nice to each other. I think that makes them weak.

After lunch, Zach and I worked on getting photos and visa applications done.  Then I ended up waiting a ridiculously cheesy movie with a young Katherine Hiegl called wish upon a star.  It was from 1996, so I'm sure Lucas would have loved it.

I also finally got my Halloween package from my parents – it only took 4 weeks to get here! Here is a card I got from Frita, sent 4 days before I received it. 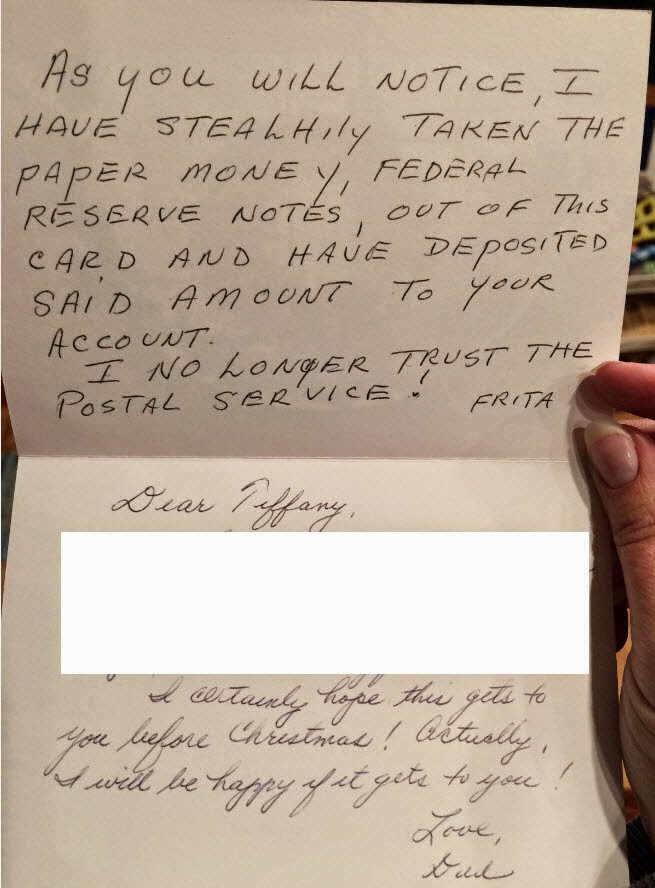 In case you were wondering, my obsession with Mindy Kaling continues: http://www.crushable.com/2014/05/06/entertainment/mindy-kaling-body-image-weight-quotes/#ixzz3IgV8IXhO

Alright kids - all caught up and feeling a lot better about myself and life in general. 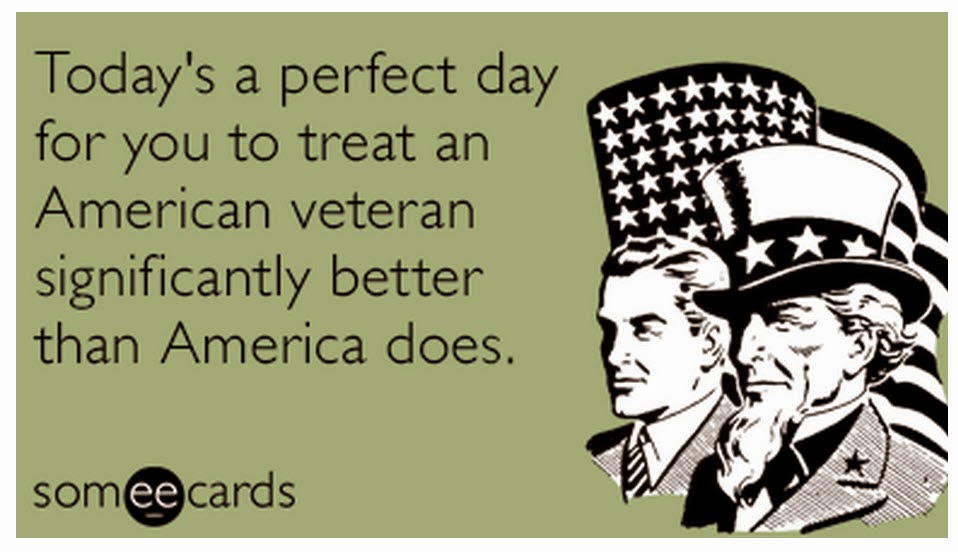 Posted by skcorynaffit at 11:05 AM