He was our anchor, and not in a good way.

Officially, this week happened so long ago that I've forgotten all the good bits.  I'm going to forage through, though, because while my brain is feeling squishy, my heart knows that you deserve better.

A lot of random things have come into our view since the Heroin addicts decided to pick and choose their way through the house.  I noticed this picture on the kitchen table.
Me: Awww look at you, such a little gangster!
Nater: Yeah, even then I was a character actor.  I actually went out and robbed someone earlier that day. 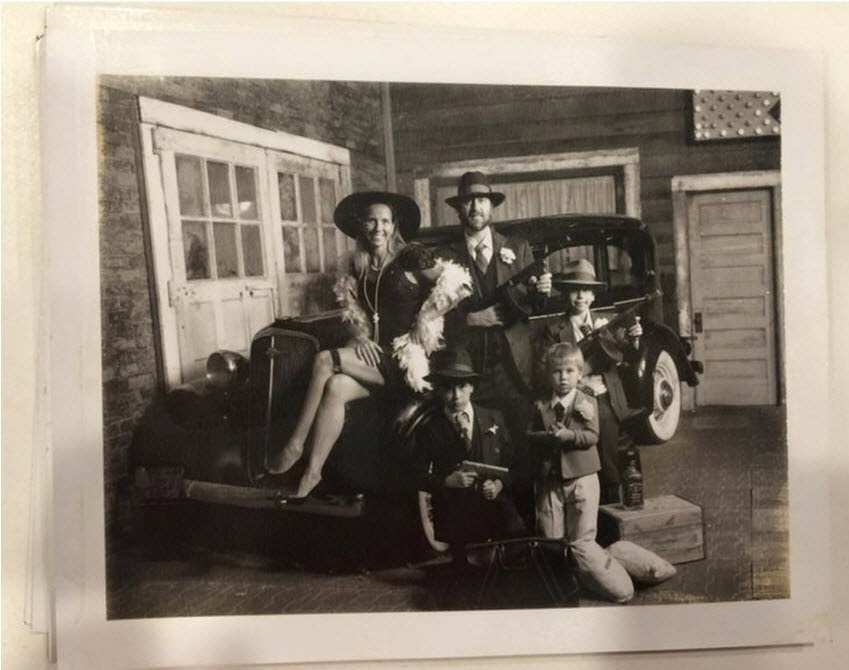 Zach came over one night to do some online shopping.  Being the thrifty fellow that he is, he had found a site that had cool shirts that were a fraction of what they would normally be.  We made sure that we took his measurements first to make sure that we got the proper size.
Zach: You know you're small when the "smalls" on the Asian site are too big for you.

We had a fun release day treat with these cupcakes: 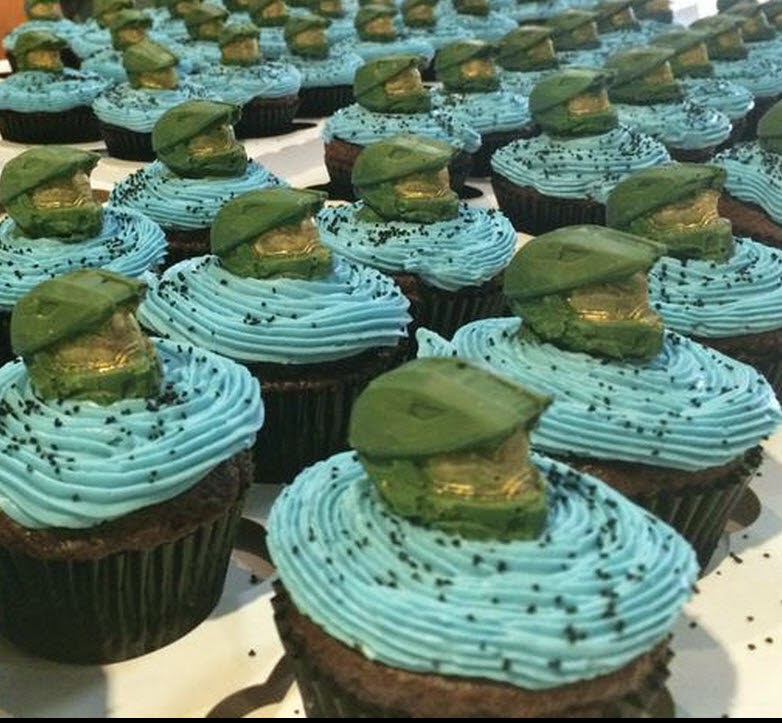 I also went into the fridge for a beverage at work and saw this discouraging note. 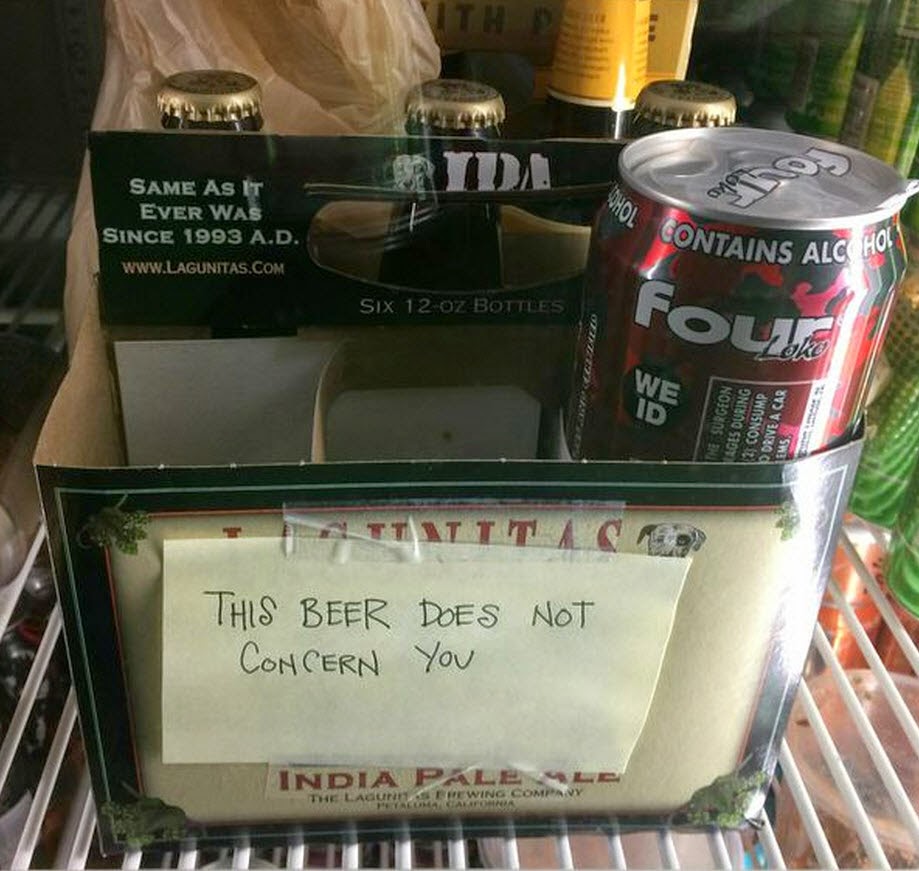 While others on facebook were already getting ready for Thanksgiving. 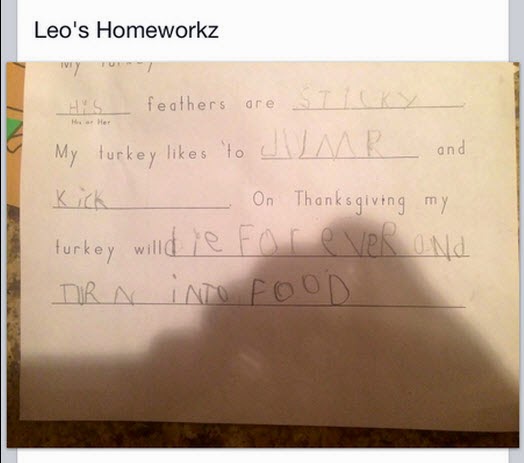 On Friday I declared "Food Truck Friday."  The thing is, it was so cold that day that I wore my Iceland coat all morning in the house, and then ended up leaving it at home.  This meant that on the coldest day of the year, I went to eat outside wearing all 4 sweatshirts that hang on the back of my chair at work.  The food was super yummy - we're talking sandwiches in which the bread was replaced by Latke's.  No joke, just delicious mmm mmmm's. 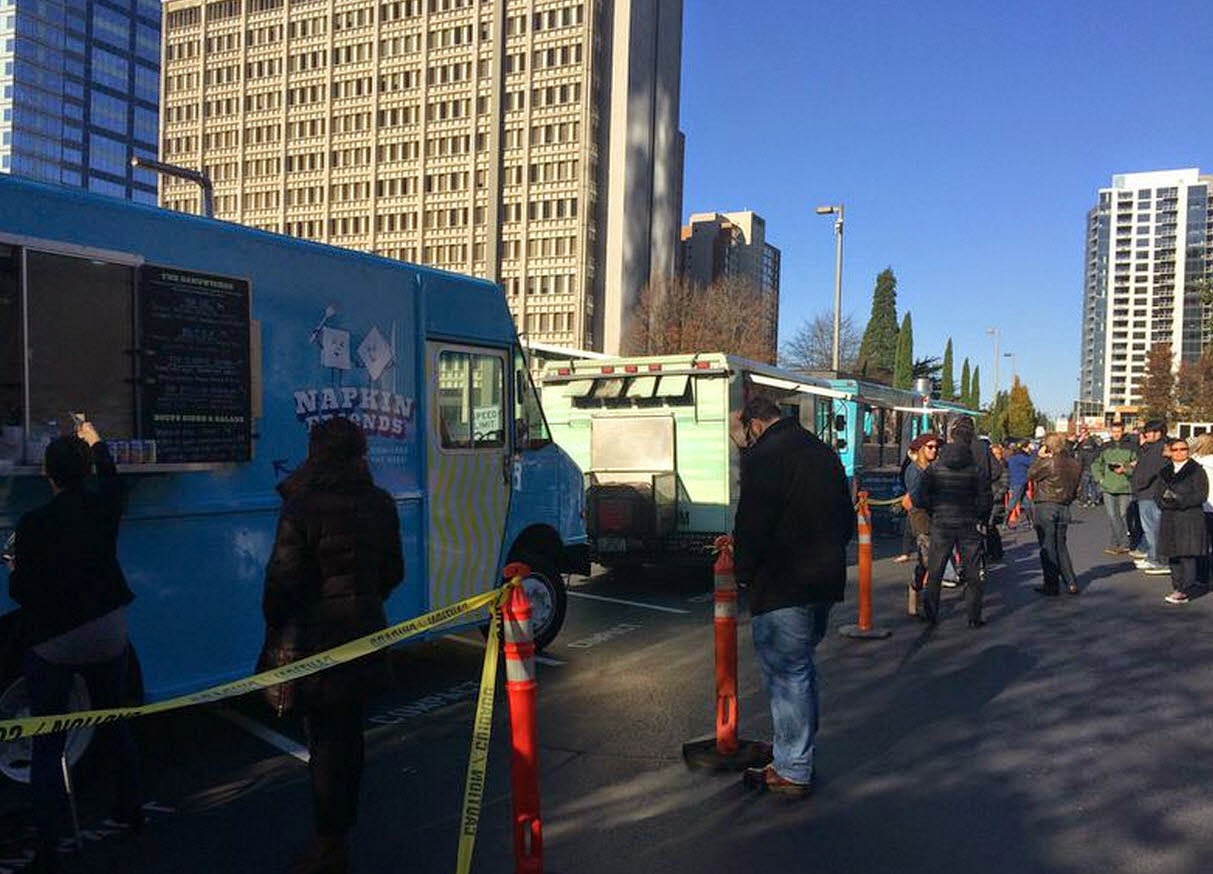 Earlier in the week, I almost ruining Shana's surprise party.  I am starting to think I just shouldn't respond to any emails before 10am.  Laina and Jen wrote some emails to us, about the fake dinner party for Shana.  I read it, not seeing that Shana was on the thread, and thinking that I was going crazy, replied all to everyone ruining everything.  As soon as I sent it, I realized what I had done, went into full panic mode.  People started showing up to work at that point, asking me questions which I could not handle.  Plus I had Laina emailing and texting me, telling me how much I had screwed up and to fix it - with no solutions mind you.  Finally, I called Shana, over and over, until she picked up.  That's when I begged her to just delete any emails she had received from me without looking at them.   Later, at the party, I told some people what had happened.
Shana's other friends: I would have read it, and read it even faster because you had called.
Me: That's why you're not my best friend!

Turned out, Shana was at a work breakfast when I called, and when she got off the phone to explain what I had said, her boss was like, "Let me read it!"  Then he deleted it for me.  Yay for things working out, even when I mess up horribly.

Other funny things happened at the party too - let's see if I remember any of it shall we?

Me: Oh man, Dawne found a baby, she's going to be holding her for the rest of the party.
Liz: But I want to hold her!
Me: You have your own baby!
Liz:  Yeah, but my baby isn't cute anymore.

Mark: Did you know that sloth's grow moss?
Me: Really?
Mark's GF: Ugh, I just got him to stop talking about Sloth's!

Jamie has a nanny cam for his chickens.  In case you needed another reason to adore that guy.
https://www.facebook.com/flockfrock 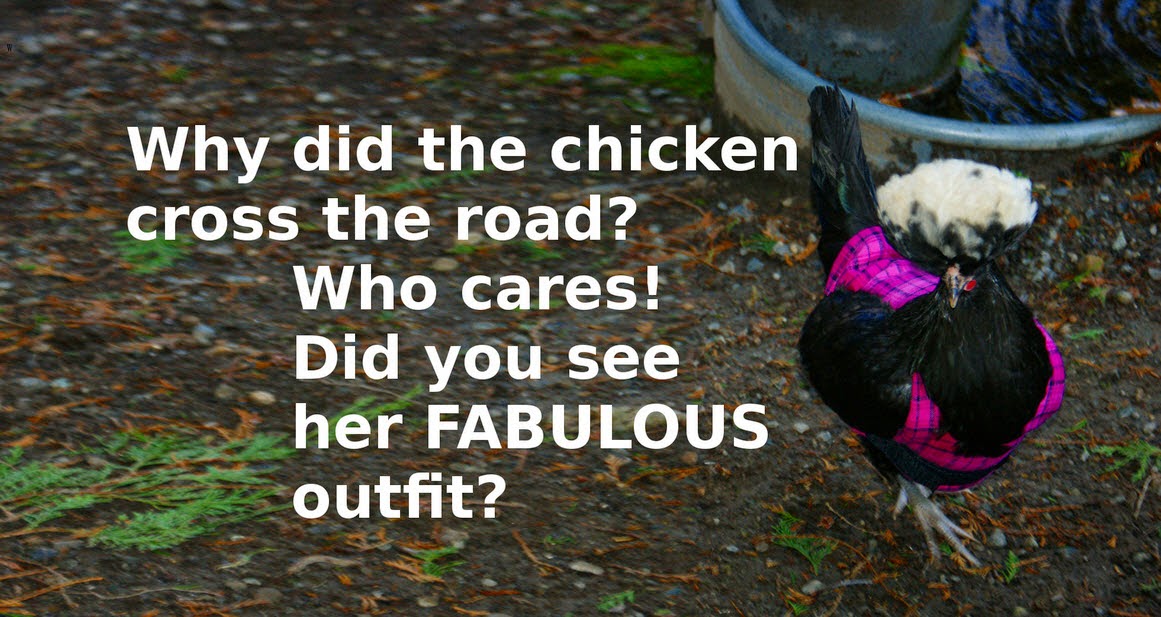 Lily: Can I use the bathroom?
Jen: You don't have to ask me that, Jesus woman.

Me: Kelly was talking to someone that was involved in the I love bees campaign.
Jordan: I love bees was like Woodstock, if as many people had attended Woodstock as they say, NY would have broken off into the ocean.

Someone said something about a new idea or something really cool, that I don't remember. (Feel free to fill in the blanks if you were there!)
Person 2: I don't believe you.
Person 3: I believe you but I've lost interest.

Commentary as Shana opened her presents.
Meh t-shirt / flask combo.  You don't see that very often.  (Clearly a hard to please group.)
Pikachu socks! Are they ecofriendly? Are they made of soy?
The Mormon gave her rubbing alcohol, as that was the only alcohol he was comfortable with.

On popping the bubble wrap.
Jen: I think that's enough Lily.
Shana: I think there are like 30 more. If you're going to do something, do it right.

Mark: You have some Styrofoam in you crotch area.
Michael: I think I got some in my pinot noir.
Shana proceeded to vacuum up the Styrofoam.
Jen: Let's find more things for Shana to clean on her birthday! 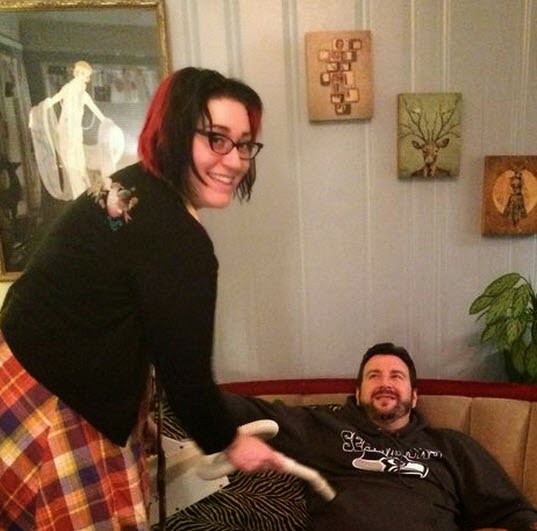 Every time someone said something funny, Kelly started saying, "The people in the Ukraine are going to love that."

Jen: Say goodbye to Jelly.
Me: ??
Jen: That's her name by the way - they have been BFF for the night.
There was no one at the party named Jelly.  And so you and I will never know who Lily befriended that evening.

The next day, we went out for Matty's birthday for croissants and crafts.

Matty: My horoscope says that there is a 90 percent chance that I'll be doing something creative today.
Me: Oh really? Where do you read your daily horoscope?
Matty: In the very reputable source of zodiac weekly.

Zach: Did you know...
Nater: That Racecar is spelled the same both ways?

Then we started writing variations on eulogies, for example, "He was our anchor, and not in a good way."  This lasted longer than I care to admit.

After that, we headed to "Creatively Yours," although we did discuss that it would be funnier if it was called Creatively Mine, and they just owned whatever you made there.   I told people to stop me before I kept painting to the point that I ruined whatever I was doing - but no one stopped me.  Nater spent three hours working on a Starry Night Mug, that he only got 40% done because I became super impatient and offered to leave him and pick him up later when he was done. 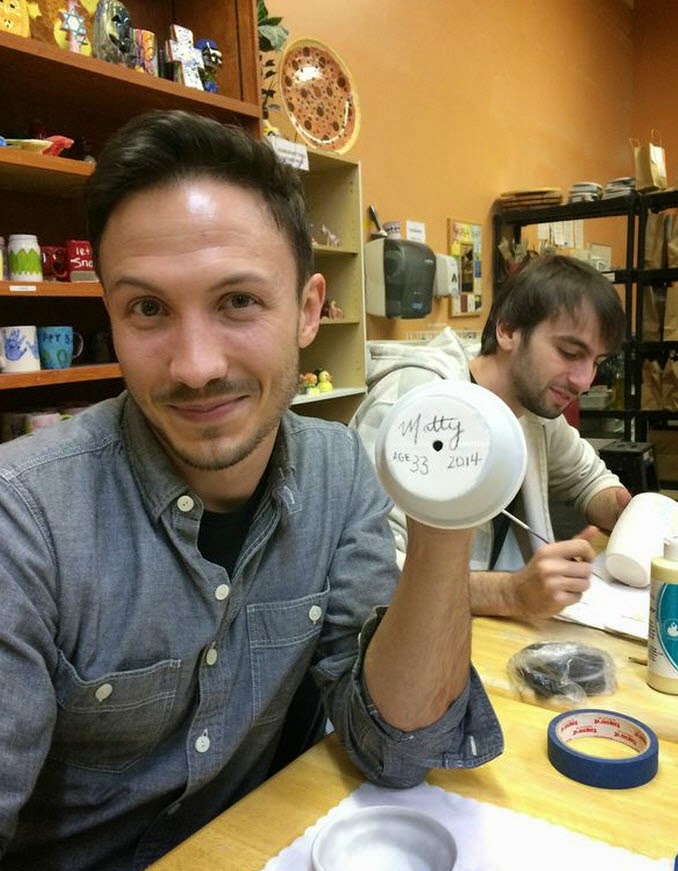 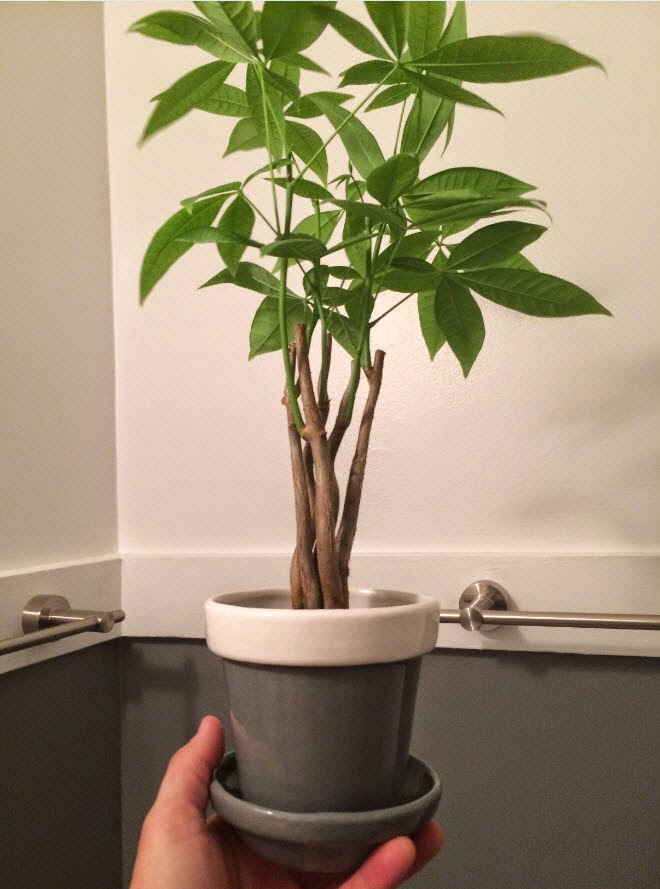 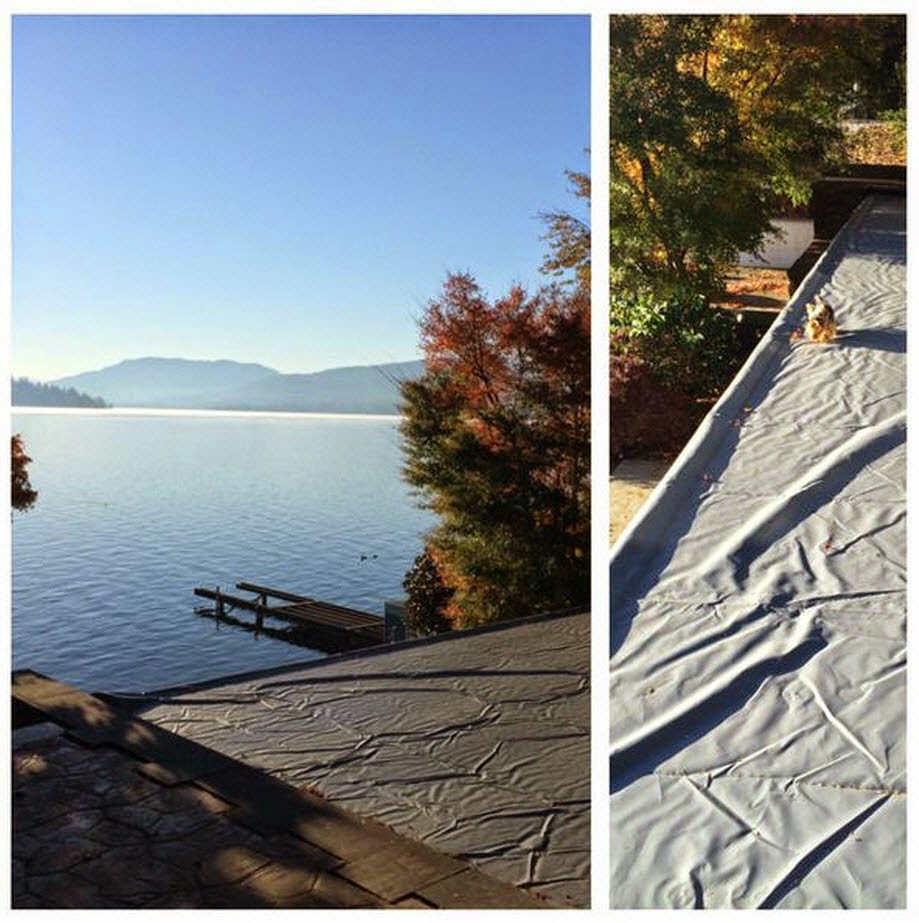 Posted by skcorynaffit at 12:08 PM