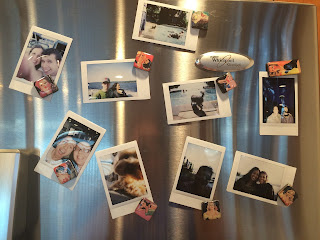 Me: I just got a Trenta iced coffee. I feel awful and awesome at the same time
James:  Story of my life.

Monday night I met Zach, Jordan & Dawne for dinner and Splendor at Mox.  As I was reading my email I saw a 4 bedroom, 3 bath house in Redmond for 300K.  This was when we seriously considered purchasing a meth den and flipping it.  When I told Jason, he was both surprised and supportive.  We had at least 12 hours of thinking this was a brilliant idea until I did some research on what you have to do to decontaminate a meth lab, if it was indeed a meth lab, like pulling out all the walls ceiling, and plumbing, and vent/heating system.  I guess what I'm saying is it was a little more effort than we thought, and so the house hunt continued.

Jordan was negotiating with Dawne about getting a designated spot in the house for his modeling.
Dawne: You can do it on the kitchen table... if you clean it up every day.
Zach: I'm pretty sure I could count the models you made on one hand without any fingers.
Jordan: I used to model all the time!
Zach: You had an entire craft room in the yellow house and never used it once.
Jordan: I made that Pirates mast!
Me: Yes, but that doesn't really count as a model AND you did that outside in the driveway.
Dawne: I do have photographic evidence... of when you were 4, and I'm pretty sure that your dad made it.

Dawne threw a tea party for Sandy's birthday this week.  An hour before people were set to arrive, Dawne let the pups outside.  Casper was desperately barking down by the water.  When she came closer to see what cause was, she saw Casper pushing a small dog along with his nose.  Dawne suspects that the dog was stuck outside for over a week.  It was a little Maltese, with bites on his legs, severely dehydrated, and just in awful shape.  I'm not sure how Casper found/saved him, but Dawne washed the pup up, fed him and then brought him over to the vet where they scanned his chip and found the owners right away.

Lucas got a new Fuji camera with insta "polaroid" like functionality.  When it arrived he was very excited.
Lucas: Look how cute!
Jordan: It is so cute it's basically saccharine. 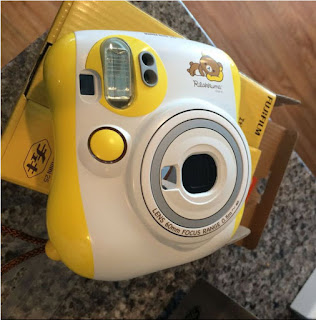 The big event of the week was a visit from Dawne's best friend Terri and her daughter Alyssa.   We went to Kirkland for dinner on Friday night where we tried out a new Vietnamese restaurant in Kirkland.  It took about an hour to get food and drink, but when it arrived it was delish!  The following day we spent in the pool and on the boat.  Talk about glorious.  Lucas and his lady friend came back from the library toting some books.  Lucas had a 100 page book, and Eliza had an art text book that looked to be closer to 700 pages.

Jordan: A little light reading?
Eliza: I got the art history book, used, for ten dollars!
Nater: When were crayons introduced?
Eliza: 1903
Nater: Is that in that book?
Eliza: Oh no that's a different book.
Nater: It's like New Testament & Old Testament.

Nater was gracious enough to run out and get us some buns for our BBQ.  In the meantime, Jordan told Lucas he should make some guacamole with the ripe avocados, so Lucas called Nater.

Lucas: Can you pick up cilantro, jalapeños, tomatoes, limes and onions?
Nater: That's the whole recipe!
Lucas: It's five Ingredients.
Nater: I'm not doing that. 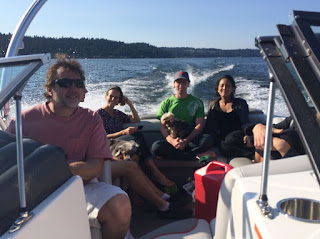 Zach: Know what's crazy? For it being their defining quality ,how little the three musketeers use their muskets.
Jordan: I've often thought about that!

We finished up the evening with a bonfire.  I took one bite of my s'mores and was not pleased.  I was convinced that the grahams were stale, only the box was new.  That's when I saw that they were low-fat.  We decided that the only logical thing to do was to feed them to the baby ducklings that came to check out what we were doing.  That's when we saw some bats, a raccoon, and an otter.  Dawne was telling us how we have two river otters and they sometimes come out and climb the trees and jump from one to the other.  Terri and Jordan did not believe her tale, and proceeded to use the internet to get the "real" story.  What they got was photographic proof that Dawne knew what she was talking about.  Just you typical Saturday evening 'mallow roast.

The next day, we drove down to the Northwest Trek.  We were under the impression that none of us had ever been there, but Zach emphatically argued that Dawne and Terri had been there.  Dawne and Terri didn't remember any of it.  That's when Zach also remembered that Terri's boy had gotten into a big fight after they had arrived and then they all went home.  That sounds about right.

Zach: He's a good house cat size compared.
Me: What?
Zach: I mean, compared to the other cats I want. 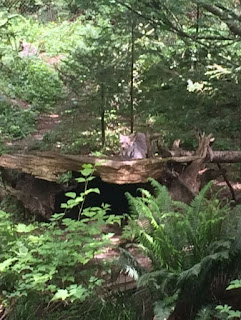 On the tram: If you attempt to touch the animals we will ask you to leave the park.
Zach: I'm willing to take that risk.

Oh, and we got to see all of the animals from our backyard, including the River Otter! (He wasn't climbing any trees, though.)

I left the party after lunch, while I sent the rest of the crew to a Fairy Festival in Tacoma. Only I guess it was actually the day before so I ended up looking like a real jerk.  They still had a good time. When they got back to the house, suddenly we were doing impromptu interviews for one of Terri's schools up until the point that they had to leave for their flights.  Zach and I finished up the week by vegging on the couch - one of my favorite activities.  Oh yeah, and we played some game that I can only imagine is called “Chair.” 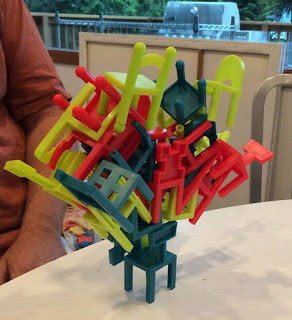 Posted by skcorynaffit at 8:57 PM