Pop Tarts Are Not Vegetarian?

Another week filled con mucho trabajo.  I had made plans to meet baby Amelia, but then I ended up having only 15 minutes to gush over her, catch up, and snuggle with Sparky.  Worth the trip though for sure. 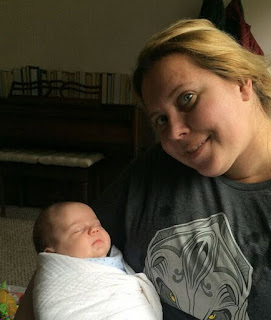 Zach had accidentally lost his car keys while he was over the weekend before so he couldn't give Dawne her Mother's Day present: A book of funny dog pictures.  Dawne thought it was hilarious, here she is giggling away. 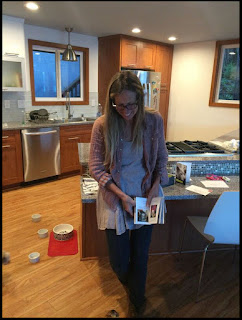 Dawne and Jordan got me a new big mug from Disney.  Dawne spend a couple of days in a row pressing the largest cup size and getting really frustrated when it was only half full, so she would press it again.  I had to finally pour the "half" cup into one of the Mickey mugs to prove it was just a really big cup.  I do love me a big cup of Joe. 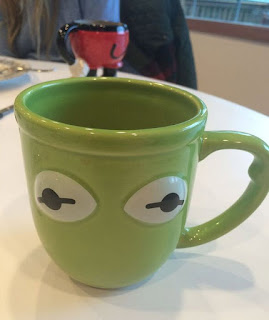 The big thing that took up my week was putting a bid on a condo, and then not getting it.  Briana told me when I put the bid in that it if doesn't work out, it wasn't meant to be - and I am realizing it really is true.  It makes the process a lot less stressful, so I probably should have called her much earlier!

On Friday, Kelly came over so that we could play Defiance.  Two Xboxes, and a discovery that I have two active gold accounts, we gave up on trying to play and just watched a youtube video of someone else playing.  We then watched the show, but just the first episode mind you.

As we were watching the video choose in the beginning.
Dawne: They aren't switching weapons, they are switching people.
Zach: I don't see race mom.

Afterwards we sat around helping Zach respond to ladies on Tinder.

Zach: What should I say to the 1 year old?
She had a picture of herself with a cake with one candle on it.

Saturday, I rented a UHaul so I could put a bunch of furniture into storage.  It was a really really big Uhaul to after driving it home, I asked Jordan to drive it. 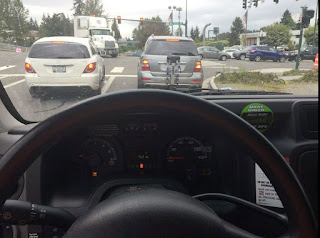 Saturday evening we did a little bonfire.  Kelly keeps wanting to do a bonfire with us, but has never actually joined us through a series of poorly placed naps. 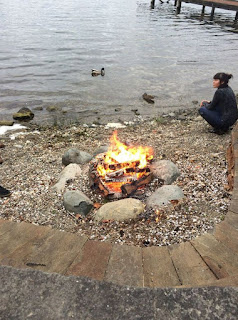 Me: Hey, your parent's friend has a new boyfriend.
Lucas: Ugh don't let me get emotionally involved in people you aren't willing to be.

Lucas: I was marveling over how you can have one person in this show and they are a completely different person in another show.  And that's when my grandpa said, "It's called acting, Lucas."  But I still think it's pretty cool.
Me: Accept for Aziz who is Aziz no matter what.

Lucas: Did you know that Pop tarts are not vegetarian?
Me: WHAT?
(looking it up)
Me: Oh, Gelatin and Lard.  That's fine.
Lucas: Why is that fine?
Me: Those are horrors I've already made peace with.  I was worried it was something new.

Later I was telling this story to Kelly, and that led to an overall discussion about vegetarian lions, and Kelly saying, That's like what Pumba and Timone did to Simba.

Speaking of the animal Kingdom, here is Percy winning “Capture the Bully Stick” with Casper. 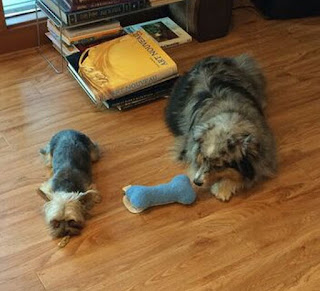 Posted by skcorynaffit at 2:40 PM