Did I mention that back on March 1st when I went to order what I needed to be stuck inside I decided that all I really needed was Ritz Bitz crackers, you know because they are like a grilled cheese sandwich without the cooking.  And, because getting groceries was tricky, I had to fill up multiple carts with what I needed and just hope a couple of them arrived at some point.  Eventually, they all arrived, so now I’m sitting with 9 boxes of Ritz Bitz without a single desire to eat a Ritz Bitz.

Here’s something new! I think I might be turning into a modern-day Snow White!
I had a whole loaf of bread get moldy, so I threw it out to my forest friends.  Mostly the crows, but I figured “my” bunny and squirrel might also like a bite to eat.  The following day, the whole loaf was gone.  Two days later, this gansta squirrel comes walking up on the top of the fence to where it meets my window.  I see him disappear from my view and then come back with whole slice of bread and just casually munch on it.  Considering it was my birthday, and I didn’t have whole lot of other company, it was nice to have breakfast buddy – but I do wonder where he stashed it.  Like, am I going to have my gutters cleaned in a couple of months and have to explain why the water isn’t going down the gutter because it’s been blocked by a loaf of honey wheat?

As some of you may know, Crows are super intelligent, and there have been studies where they not only remember faces, but they pass down the knowledge to their descendants of cool humans and not cool humans.  They also sometimes will bring gifts to cool humans.  I tell you this, because after feeding the crows dog food (Ryan told me that has the best nutrition for them), I noticed a couple of peanuts had been left on my fence.  Later, I noticed that a Squirrel and a type of blue jay (blue body, black head, looks like the shape of a cardinal), took the peanut in his mouth – but before flying a way, he flew to the ledge of the window to seemingly show me his gratitude before flying off.  I guess now I have some kind of wild commune going on!

Speaking of day drinking, haha – j/k!, I might be facing a real problem pretty soon because my license expired on my birthday, and my passport expires in June and Amazon needs valid ID to get booze.  And maybe a bigger problem is that of a drinking problem if I drink so much that I run out of Mike’s Hard Lemonade by June.

My birthday was actually lovely. I called my parents and made them watch me open my presents.  Sean and Stacey got me a nespresso for my birthday, so I have been super wired ever since!  Maureen was so thoughtful got me some replacements for all of the stuff I had to throw out, including a fancy purse – I can’t wait to go somewhere that I need a purse!! And my co-workers all dropped off flowers, and balloons, and Mike’s and a CAKE (which I just ate with a fork for dinner because I can) throughout the day!  At one point, I ran out to get the cake, just excited to see someone in real life even if it was at a respectable distance.  I had done my hair and attempted to dress like Dolores Umbridge… so when I got outside it occurred to me I only really cared about the top half of my body.  Don’t worry, I had pants on. Hogwarts sweatpants, so I was Umbridge working from home.  I also had an epic Zoom Birthday party, lasting nearly 7 hours with about 50 guests stopping by, including the German Fam who was just waking up.  It was fun and lovely to see so many people that I haven’t see in so long!  Here are some of the bits I remember:

Jordan: Do you know what the most popular game played during the stay at home orders?  It’s really fun.  It’s called, “That’s not how you do that.” Most popular amongst couples around the globe!

Eva: I pulled a classic Eva today.  I got my car washed, but forgot to put the windows up so the baby got covered in soap.  She was screaming while Freddie kept saying, “Please don’t die baby,  I love you.”  I took the bottle of water that Freddie had threw it in her face to clear the soap while I called poison control.

There was a bit of a scandal when Sean told us that he put a down payment for VW Bus arriving in 2025, mostly because Dawne has been talking about getting one of these for years.  It’s nice to know that their next cars will be matching too.  We then proceeded to ask if the new electric model would have the same amenities as the one we had in the early 80’s.  Like, does it come with heat or do you need to provide your own propane heater that can be placed between the front seats?  And would there be seat belts or would you just bungie cord the baby seat to either side of the vehicle and hope for the best?

In between the time someone would say, “I gotta go! Bye!” and when they actually hung up, Shane would say, “Finally, I thought they would never leave!”

Had a Zoom Easter Egg decorating party on Saturday which was fun.
Me: This is great! I don’t have to share!
Maureen: So… nothing new then.
EASTER BURN.

I don’t want this to add to your thoughts that I might be losing it a bit, but here is my montage of hiding and finding my own Easter basket and Easter eggs… I WAS going to try to get blind drunk and then start hiding, but (and This is the only time I’m going to say this) I’m too old to be risking a hangover, especially if I’m home alone when the drinking happens.

Easter 2019
I’m not sure if you’ve ever seen that 70’s show.  If you have, you’ve heard Kelso exclaim this same phrase over and over: DAMN JACKIE!  This is relevant to the story, because last year Stacey use the same intonation to respond to her middle daughter – and so obviously, we couldn’t stop responding to her that way all day.   We then asked what would the catch phrase responses be for the other daughters and came up with the following.

And the other story I remember from Easter time was Maureen’s house getting a big delivery of Girl Scout cookies and when she returned home at the end of the day they were all gone.
Kyle: I only ate 2!
Maureen: BOXES!?
Stacey: I don’t know what I would have done in that situation.
Maureen: I’m pretty sure you wouldn’t know what to do in most of my situations.
Jackie: Mom would have grounded us for a month.

Two of my nephews were alter servers at church and when the third (Kevin) went up to the priest to say “Hello, I’m their brother,” the priest said, “Really, You look more like a cousin.”

Also, we have a tradition of not using electronics, music etc from 12-3 on Good Friday and instead we do some chores.  So, Kevin spent that time cleaning all the windows.  On Saturday morning, Patrick said he was woken up by a bird flying into the window to which Kevin exclaimed, “YES!! I cleaned those windows!”

Pat was loading a bunch of firewood into the truck, when my dad and nephew Kyle were driving up the hill.
Frita: Your Dad is there.
Kyle: Let’s duck!

Last week, 2018, we were at the Anderson School (a school that has been converted into a hotel, restaurant, bar, theater and pool… ten min north of where I live), celebrating our birthday’s.  Becky arrived saying, “I told people that I was going out of town… I mean this is Bothell and I live in Redmond.”

Last week, 2019, on April 11th, I was at Penn State with my mom and Julie, winning.  But seriously, though.  Several months before I got a letter to my office of all places telling me that I had won an Outstanding Alumni award, so I immediately texted all my college friends to see if they got the same letter.  I thought maybe it was a scam, so I didn’t think about it, but they got a hold of my parents and before they could, they heard, “Don’t hang up! This isn’t a scam!”   So, they pay for me to come to Penn State and stay at the very fancy Nittany Lion Inn.  Julie, my mom and I were walking to the reception, and must have taking the wrong way because there were a lot of empty banquet halls to pass – which is when Julie said, “This must really be helping you believe that this isn’t a scam.”  Anyway, it totally was real, and I gave a speech right after someone who was getting a life time achievement award for public speaking, to a room full of experts in the field – No pressure!  I might not have been as polished or as impressive as my processor, but I think I got a couple more laughs.

When we went to dinner, we were told that normally, it’s a bit of a chore to take alumni out – but when they had read about me, they had to do it on a first come, first basis because people were so excited to meet me.  I think this just means that my BA in BS got a work out when I wrote my bio!  After dinner, we grabbed drinks with someone in the alumni association and then Julie and I explored down town.  I am so glad she was with me because I barely remember anything.  The building over CVS where we had our apartment wasn’t even there anymore!  I really really wanted to get a monkey boy – but when we got there and watched them mixing 5 shots of I don’t know what into a pitcher and handed me a straw, I really just wanted the picture.  A young lady next to me was trying to finish hers, and I told her the most wise advice I could pass on which was, “Don’t.”  I remember drinking those with 10 straws while dancing the night away with my favorite strangers.  This experience was a lil different.  We got an Original Sin, too, and I didn’t recognize the adam’s apple without the crowds – well except for the entrance where I remember us having a hard time getting in one night and Sean yelling, “DO YOU KNOW WHO I AM!?” We hit up D. P. Dough, where we found ourselves around our 20 year old people – yes, the patronage was 100% drunk girls hungry and trying to avoid being hung over the next day.  We tried walking through the campus and the only buildings I remember were Willow (Preacher), Spark and the Forum.  Pathetic.  Julie had been there longer and more recently which is my excuse for why she was able to give ME a tour.  While I was there, I found out that Jackie chose UC Berkeley over Penn State.  So, we hit up Berkey Creamery and bought ice cream for everyone but Jackie.

And more photos and fav funny’s of the week! 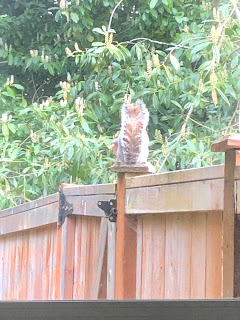 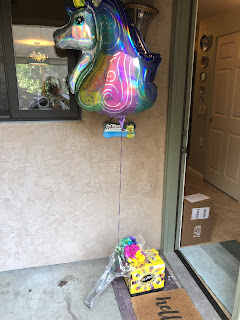 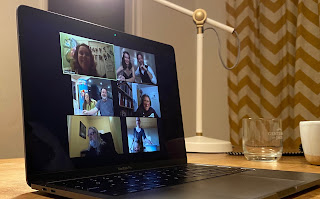 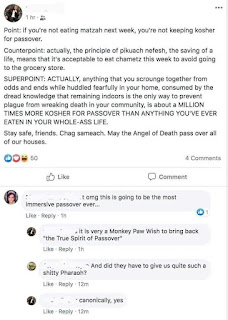 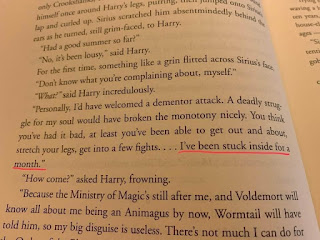 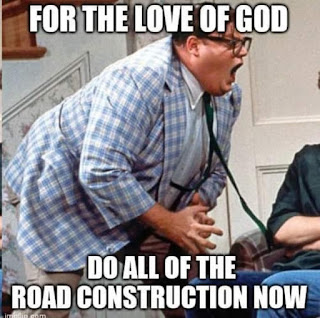 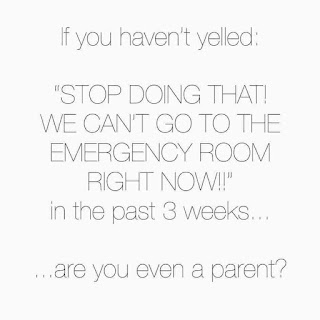 Posted by skcorynaffit at 5:27 PM