I’m afraid to look at the last time I sent a “Monday Email” or updated SweetandSarcastic.com.  The completion-ist in me didn’t want to skip a week, and then the realist in me realized I was never going to be able to catch up.  Maureen said she needed the reading content, though, and apparently I have more time on my hands because I’m not commuting, so let’s give it a go.  Either this will be a one time thing, or I’ll get back to it, but maybe in a more manageable way.  As I have been officially self-quarantined since March 3rd, my ability to share quotes and other social iterations is limited, to put it lightly.  But *maybe* I can dip into the memories of this week a year or two ago and we can catch up a different way!

Since none of that was terribly interesting, I’m going back to May 22 – 28th 2017, in which I just found some NOTES for a Monday email, back when I thought I had better follow through.

We tried to have make this a surprise, even though in FEBRUARY Frita pulls me aside and said, “I know you’re planning something and I really don’t want anything big.” To which I said, “Understood, but that’s really not up to you, and I would appreciate you pretending that you don’t know anything.”   This was a good conversation to have, it turns out, because Aunt Shirley turned out to be the absolute worst at keeping a secret.  So many awesome people were able to come to celebrate, so surprise or not, it was amazing.  Here are some funny bits, and some that are kind of funny notes, but I don’t remember the context.

Me: What is this medicine for?
Stacey: Suki (Sean & Stacey’s pup) has diabetes.
Sean: He’s had it for two months
Stacey: Two years
Me: Where did you give the shot?
Stacey: Scruff of his neck.
Sean: I gave two in the kitchen!

One of my nieces: Two aunts in the same weekend?!
Me: Um you had 4 aunts this weekend but I guess the other aunts don’t count
Niece: Yay us!
Me: You know one of them drove two hours
Niece: You flew here!
Me: Yeah but I don't want Carla to feel bad.
Carla: I took two trains!

Stacey developed “Frozen Shoulder” and so she’s had to sleep on facing different side than she usually does.  This is caused a bit of a riff, because she keeps telling Sean to JUST STOP BREATHING. When I asked why they don’t just flip sides, Sean said that wasn’t an option because was afraid of, after sleeping on the same side of the bed for 25 years he would accidentally walk right out the window on his way to the bathroom.  Neither option is looking good for Sean, honestly.

As we were carrying the bar outside, Sean turned to Morgan and said, “You know Morgan, this YOUR bar.  I built it for you on your first birthday, (for the Captain Morgan Party), and whenever you’re ready you can have it.” So sweet! What every girl gets on her first birthday!

Frita: Your mother won't let me wear my Anniversary shirt (meaning the shirt he wore 25 year earlier on his anniversary).
Me: It's your birthday! Want me to put it in my bag for a wardrobe change later?
Frita: Yes.

And here’s where things get fuzzy…

Where are you going?
The garbage.
Can you grab me a beer?
From the garbage?
Anything with more than an inch..

We’re at Bj’s: Just take your pants off and try them on!
My guess this was in reference to coming back over to Sean’s to help?
130
2
Just come at 2
I'm weak (Again not sure who said that last one, but could have been anyone (mostly me))

Shot in the eye
I have to watch this every week!

And I’ll wrap this up with some of my favorites from this month: 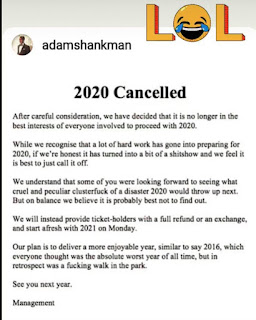 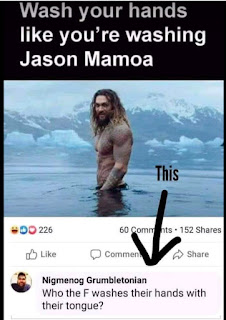 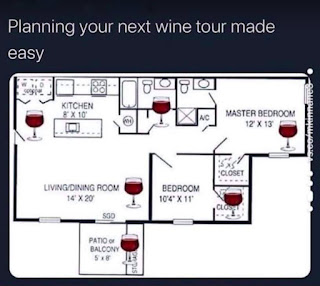 Hopefully, you’ll get a lot more updates from me – maybe even more than one a week!

Hope everyone is safe!

Posted by skcorynaffit at 4:36 PM