You Jump, I Jump, Jack

Whoops!  Forgot that yesterday was Monday, so this is a lil late, but you understand, right?

I colored all the Gilmore Girls sheets that Shana sent me! 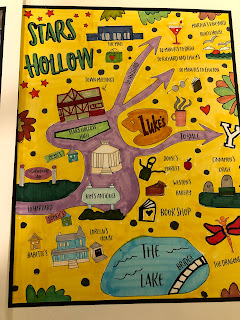 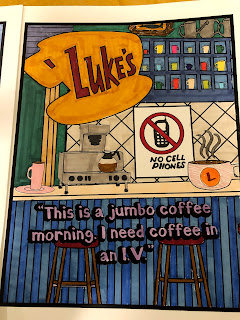 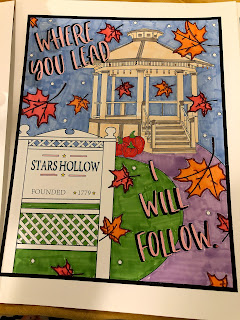 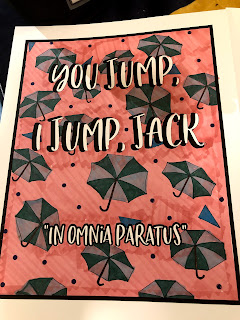 As I mentioned last week, it was Becky’s birthday, so this week I got a text from Becky saying, “Ha! So, Jared threw away the last half of my birthday cake, so I guess we're getting a divorce.”  I guess she didn’t follow Mo’s plan of multiple birthday cakes!

I was chatting with Dr. Rach last week for a good 20 minutes, without interruption.  This is surprising as it was not after bedtime, and she has three little boys.  About ten minutes after we got off the phone I got this text: “You want to know why the boys were getting along so well in their room?.... They got fudgesicles out of the freezer and were eating them in bed. I just couldn’t see it because our monitor isn’t super clear. Ha!” And then it was an impromptu lesson on how to wash your bedding!

As I was supposed to be on a road trip right now with Carla, Bailey and Kathi seeing all of the Harry Potter sites in the UK, I have decided to start reading the books again, so get ready for me to have some Mike’s and start making videos like this:

https://vm.tiktok.com/KeHyqF/
We had some nice days this week (although many were just so so) but on one particularly lovely day, I met up with Dawne and Lucas at Marymoor.  Its nice to have my favorite activity back on the option list! We also dreamed of taking a road trip with a camper and a wi-fi enabled van, though I am honestly not sure I can realistically join.  I’m still going to shop around for a sweet back of the jeep air mattress… just.. in…case.  My godson, Emmett, just chewed through his last binky and had been walking around inconsolable.  We saw a binky on the ground at the park, sent a pic to Rach. 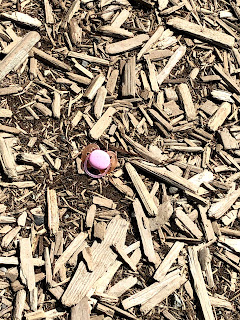 Me: Does Emmett want this?  It’s free!
Rach: He would pick that up and chew on it without hesitation.

We had an ab fab weekend, hung out with the fam, went to the dog park,  took a boat ride, almost finished a puzzle, did finish book one of HP, swam in the pool twice, played a new game, watched some movies, went to burgermaster (apparently Bill Gates’ favorite drive in burger place?), grilled, and saw many bald eagles who did not have any yorkie sized snacks.  On the boat ride, we saw a blue heron (multiple actually) as we drove close to shore checking out houses (that’s a normal, if not creepy, thing to do right?)  Lindsay got very excited and said that her dad has been trying to capture a blue heron on “film” for years, and has never been able to do it.  So we got real close, slowed the boat to a crawl, and then, as I saw Lindsay with the heron in the frame of the picture, I told her he was about take flight, and she kept him in frame with her finger over the button, and didn’t take the shot.  This happened multiple times.  She did get one standing, and then sent it to her dad, but clearly this is a family trait.  A couple of hours later, we were eating dinner outside when we saw an eagle in the tree next to the house.
Lindsay: Someone grab their phones!
Me: Well, not your phone!
And then moments later
Me: I got the eagle flying away – I’ll send it to you so you can send it to your dad and really wow the pants off him! 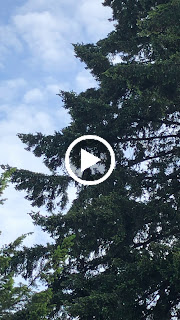 In the way back machine…

May 2018
We were in Vegas for licensing show and found ourselves in a very off the strip tiki bar for a partner party when someone ordered a big bowl of colorful booze.
Chelsea: Yes, I’d like the “I hate myself” and straws for all of my friends.

May 2017
And three years ago I was visiting Janette and Erika in San Fran. But that was so long ago I have no idea what we did or saw or said.  And I mentioned it anyway! 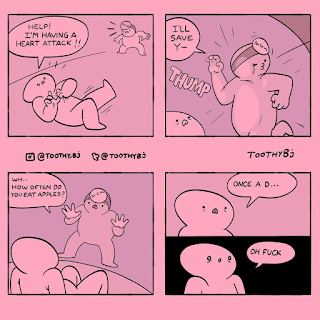 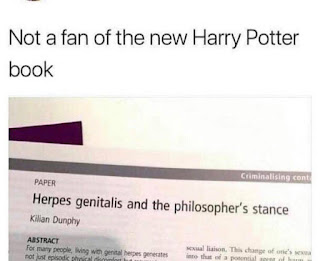 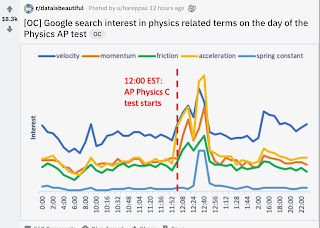 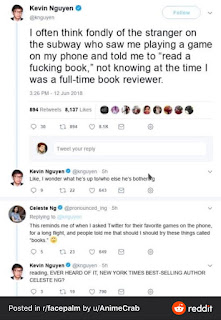 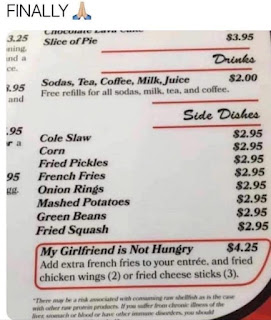 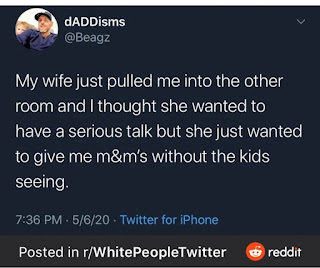 Posted by skcorynaffit at 6:35 PM