I started the week sleeping in my car.  Lucas got some new camping gear for the trip, and as I did as well, and he asked if I wanted to come over and try it out together.  Like a parallel play sleepover.  The only thing missing were the walkie-talkies.  When I told Jordan, he was like, “So you can have an extra night of being miserable?” Kind of… but with access to a bathroom.  My lil Renegade is about 6 inches too short, so it only really works if I sleep on an angle and don’t change positions (which is something I love to do.) When I first got settled, and for about an hour after, Percy sat on my chest looking at me and then staring at the house as if to say, “Did you know that the house is right there?  There are beds in there, too.  Like, right over there.  Maybe you’re not looking where I’m looking.  Not here, here is not a place where we sleep.” Eventually, he settled in, but then woke up at 5:30 am to tell me, “This counts as a sleepover, and know what I like to do for sleepover’s?  WAKE UP MY OTHER MOM AND HUMANS.  Let’s go, I’ll show you where they are.  They are apparently smarter than you, because the are in the warm house.  In real beds. Remember those?”  Then I spent an hour and half holding a whimpering dog until Dawne and Nala got up.  What did I learn?  My new double North Face sleeping bag is amazing.  And It’s going to be a long, uncomfortable road trip – and I might need to pee outside like an animal.  An animal that has a bunch of Pee Pockets that they didn’t use in India.

Continued discussing Me and My White Supremacy, but this time, without crying (yay!) and did virtual Harry Potter Trivia TWICE.  Both times, the questions were very challenging, but we went from like 12th place to like 6th place so I feel like we’re definitely getting better.  In between those two days, I watched a rat slowly, very slowly, like over the course of 6 hours, slowly die a painful poisoned death.  During this time, I wouldn’t let Percy out in his back yard, and if you thought the whining was bad during the sleepover, try to tell a dog he can’t go in his own damn yard. 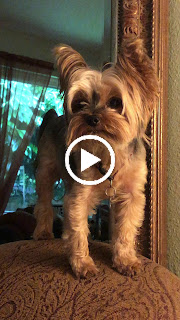 I met Joey and Becky a couple of times at the dog park – basically every time it wasn’t raining.  And then on Friday evening I went over to Dawne’s for dinner, and to find out that she totally has everything you could ever think of packed for our camping road trip so I just need to bring myself.  Which, is super weird, b/c I’m usually the over packer, prepared one.  I mean, I’ll still pack 1000 different types of wipes, antibacterial gel and weird random things that only extra non-campers would back.  But basically, I just need to bring myself at 90 when I’m 6 inches shorter.

Saturday, I woke up to a text saying that Patrick was graduating!  So I clickety-clicked the link and watched my oldest nephew graduate from good ol’ Lakeland High School! Best (and fastest) graduation I’ve ever “attended.”  Bailey and I opened out Accio box to find it was totally Kitchen themed, which is super fun!  Especially, b/c last month it was bathroom themed, complete with Granger Dentistry toothbrushes! And then I missed an awesome fondue dinner prepared by Bailey.  So instead, I continued celebrating Juneteenth by watching Chris Rock, Wanda Sykes, and Becoming on Netflix. 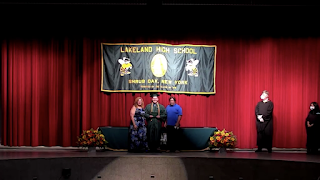 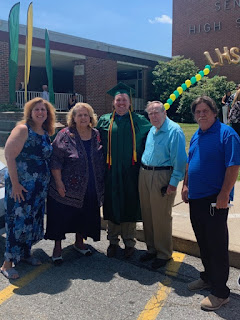 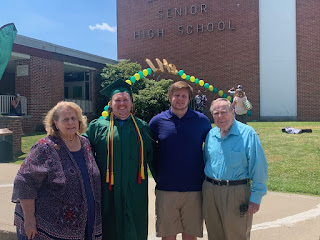 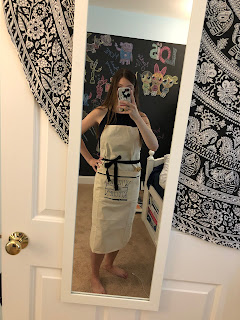 Convo with Zach on Friday Night: 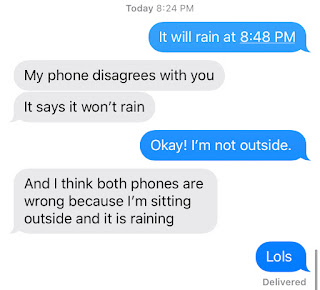 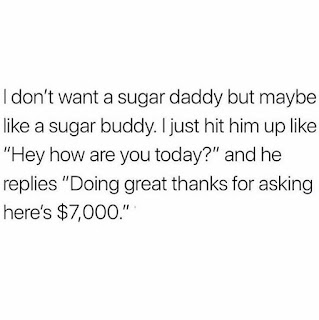 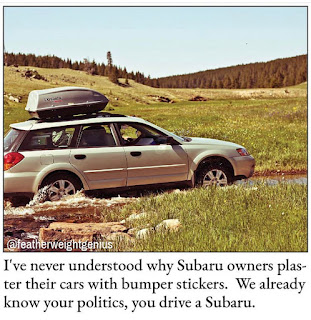 In 2019, I went to the WA beer fest with Becky.  A classic Father’s Day event! I don’t think it was this time (but maybe it was!) I went to this festival, got there and found out that I totally forgot my ID.  So I showed a police officer a picture of my passport, and my maturity, and they let me in.  (This might be what they were talking about with the whole white privilege thing…)

Oh and I saw Zach eating a breakfast of champions!
https://photos.app.goo.gl/NVZkTJYnuZuW4LzZA

This week in 2018, Lucas graduated from Evergreen State College.  As we were sitting there, waiting for the event to begin, and I was looking at the program, Zach leaned over to me to ask, “Can I see who is speaking? I’d be really happy if it was no one.”

We all stayed at this little casino / resort near by but no one could handle the smoke inside the casino.  Jordan asked for some used card decks, and then we found every chair on every floor, and brought them all to one floor that had a couple of tables outside the elevators and we played our own poker game.  Jordan footed us all the cash to play (it was all about quarters.)  I ended up ahead (in that I didn’t lose EVERYTHING I was given, and Jordan said we could KEEP the winnings.  I was THRILLED because I had been wanting to vacuum my car, but never had quarters on me.  (The all caps really emphasize how excited I was to win some change.)  Meanwhile, Lucas couldn’t even have the quarters from poker long enough before he was running to blow it all on a vitamin water. Not quite adulting yet… 😊

Momela: Your father was responding to a text from June 10 2013 and wants you to know he does respond to messages.

I think we might have had an oreo tasting party to celebrate the loss of not winning the oreo flavor content (I’m still bitter.)  And what I remember about this particular party is that I ate so many oreos on an empty stomach that I needed 2cc’s of string cheese to balance things out so I didn’t get sick.  I also think I was re-reading Harry Potter – which is fun b/c I’m doing that again now!
I also made a couple of notes from this week that I don’t understand, but I really want to – so I’m going to leave them here and hope someone can fill me in:

1) I dropped my wallet and thought ugh waids. Got a new wallet.

And that’s about it folks!  Hope you are all safe and happy.

Posted by skcorynaffit at 9:53 PM