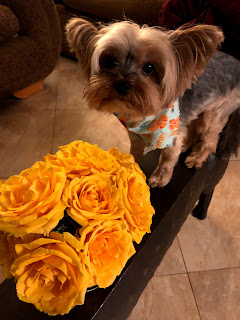 During a HH this week:

Claire: My husband called me a dungeon troll the other day, so I told him to get out of my dungeon.
Rick: Jennifer told me after several weeks of wearing sweats and an undershirt, that I had to get it together.

I got an antibody test this week.  Not going to lie, I had zero confidence in the whole thing.  My doctor definitely sounded like she was placating me, and then she said, “Good news!  It was negative.”  I’m not sure how that’s good news?  And then she called me back in on Friday to do another blood test, about 2.5 hours after she called me.   I generally have a terrible time having blood drawn.  To prepare for Monday’s draw, I drank water for three full days.  So, in a total panic, I drank about 120 ounces of water in less than 2 hours.  The phlebotomist thought I was crazy, but I didn’t pass out when she took blood, so you’re welcome.  I obviously spent the rest of the day peeing.   I also went in worried something was wrong, so I quickly confessed to my doctor that I have been abusing my body with bad food and lots of alcohol for the last three months.  She said, “Yeah, everyone has.  You’re fine – I just need to check to see if you need a vaccination.”   When I got back to Dawne’s, she made me scones (like the kind from the fair) and we had an impromptu tea party! 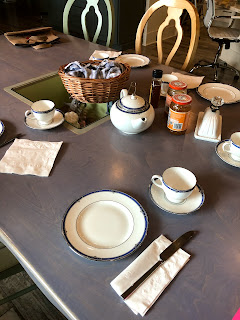 When I go to Dawne’s on the weekend, I try to bring some snacks with me.  A couple of weeks ago I brought a shareable size of Reese’s Pieces. And then the following week I brought a shareable bag of Mini Reese’s Peanut Butter Cups.  Jordan walks in the house, sticks his hand in, and pulls it out quickly, as if his hand touched something offensive, and said, “Ugh.  Those aren’t Reese’s pieces.  Those are work!” and then walked away, because he didn’t feel like opening the wrapper.  While I thought this was vastly amusing, I started to really crack up when Zach walked in 20 minutes later and literally did the exact same thing.  Jordan then returned an hour later, took one and said, “Now I’m ready to put the work in.”

Sean and Stacey’s wedding anniversary is on the 10th so, over the weekend they were surprised twice.  Once with a car parade and again when there was a whole dinner party waiting on the lawn of my parents house.  Kenny came and photographed the whole thing, and my face at least was in most of the pictures. 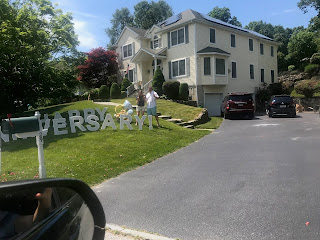 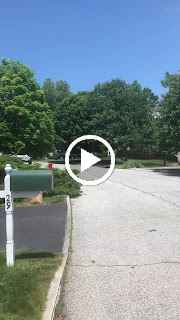 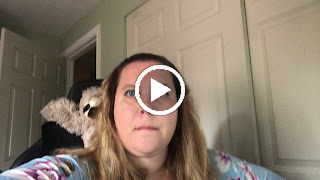 Speaking of my face, I got a lot of the Tiffany equivalent of Flat Stanley this week.  I thought I would share some highlights:

Becky: What did I do last night? Oh, just spent some time with a friend... 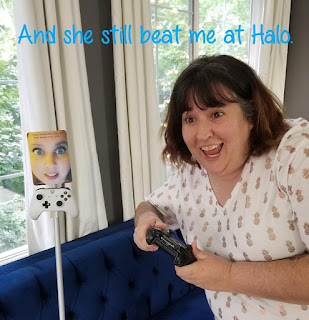 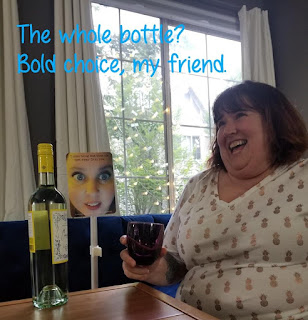 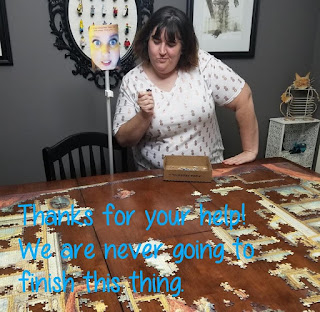 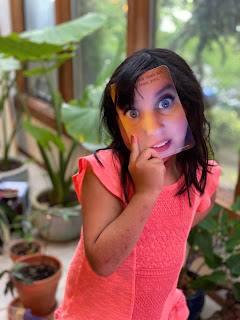 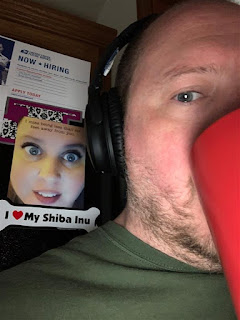 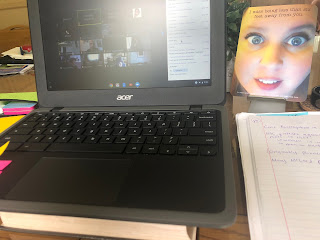 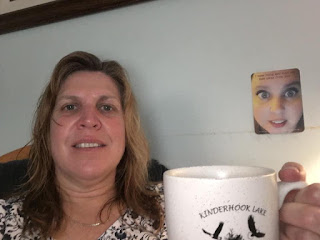 Bre: The kids have really enjoyed playing with your face.  Olivia said the Marian Drew quote "made her think," and that you resemble her SIM character :) Which I guess is like, a huge compliment? 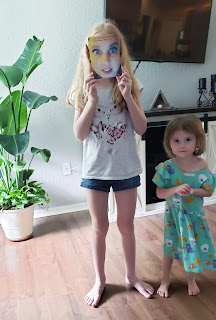 Water heater started leaking today during my most important meeting of the day – luckily I was sitting right next to it or I might not of heard it at all (or I guess in an alternate universe I might have been at the office.)  For folks counting at home, this means that since stay at home orders my non-covid related “Oh Shit” moments been one a month - including:

I think it’s best not to include the covid related stuff b/c that’s a thing we’re going through as a community!

This happened back in May, but I think I might have forgotten to mention it.  During the zoom 80th birthday party for my Uncle Jack, Aunt Shirley said: I told the person at the story I had to go inside because my husband is 80 and almost blind and I have to show him what to buy.
Me: You’re a priest's wife!
Aunt Shirley: I had my fingers crossed.
Uncle Jack: It’s really hard to deal with all the old people.

Funny from this week: 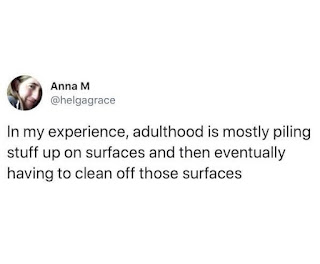 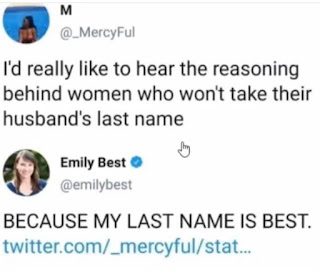 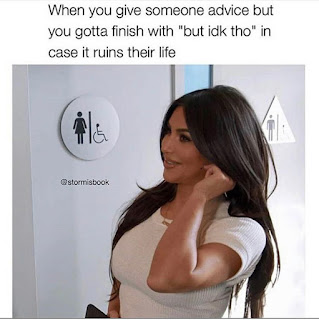 2019 – I spent this week at licensing show – remember when vegas and conventions were a thing?

June 2 2018 I officiated Rick and Jennifer’s wedding (so I guess it’s appropriate that I talked about them earlier.)  Part of the vows were overshadowed by a jetfighter up above us, but other than that, it was a pretty perfect wedding!

2017
I have a note about “That’s Elvis singing his medley” which I think has to do with me going to my co-worker Chelsea’s house for the first time to hang out at “The 50” (which is what they call their home bar.) I got invited for one drink and ended up staying until 11 – whoops!  We also had a team event to go to the Mariners where some people, but not this person, ate *Free* grasshoppers.

And that wraps it up folks! Hope you’re all doing well!


Posted by skcorynaffit at 6:49 PM